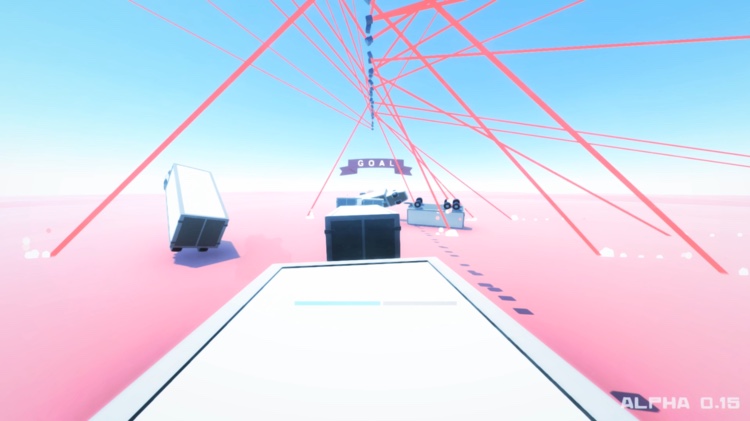 That was his response when I made the comment that their game ClusterTruck would look great on the Oculus. Seeing players jump from truck-to-truck at a fast pace, in the same way the characters in The Matrix Reloaded did in the famous highway scene, looked like a real good title to put in a virtual space. Once I had begun going hands-on with that title, my thoughts slowly began to match Alex's sentiments.

If you remember playing the lava game as a kid, then you'll understand how ClusterTruck works. All you do is jump from truck-to-truck until you reach the very end. However if you touch the ground, you're dead and are forced to start at the very beginning of the level. No checkpoints exist, and the only special technique you have is the ability to slow down time so as to check your next jumping area if needed. 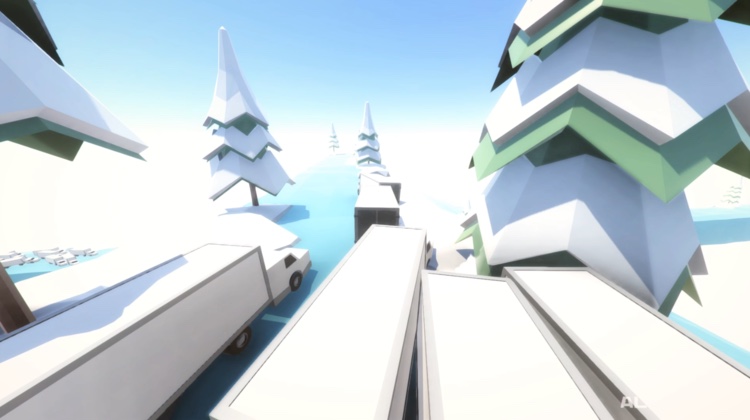 Sounds simple, right? Well at first it is. Early levels have you leap from moving vehicle to the next in a very orderly fashion. The levels were pretty straightforward, and the difficulty wasn't too bad. It's later on when ClusterTruck starts to make your head spin.

In the final segment I played, I had to quickly jump from truck to truck, land safely below onto another set of trucks, evade obstacles and explosions, and attempt to do all that I could to not be knocked off and killed. This level had me twirling around like crazy, to the point where I could almost feel my brain twisting about via its stem. Even trying to take advantage of its time-slowing mechanisms didn't seem to work, as I found myself hitting the ground more often than not. It was here when I began to understand why tinyBuild's CEO was objective about this game being made for VR. 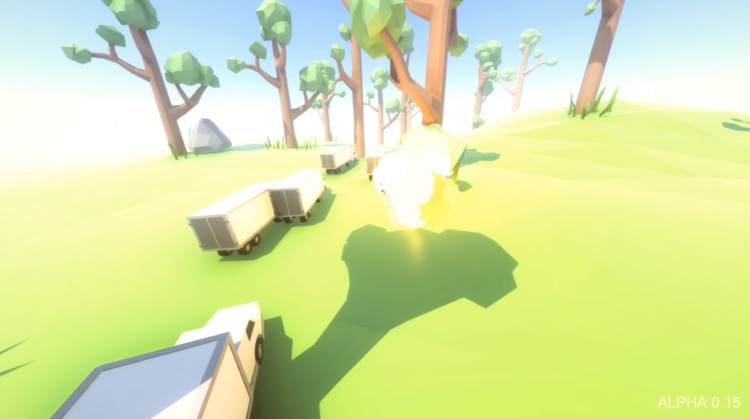 ClusterTruck is insane fun, but I can imagine that if it was brought to the Rift or Vive that many people would suffer from hardcore motion sickness. Still, with its on-your-toes gameplay and explosive excitement you can expect to be given quite a lot of entertainment for such a simple concept. Hell, I can even imagine online races set in this realm being ridiculously thrilling!