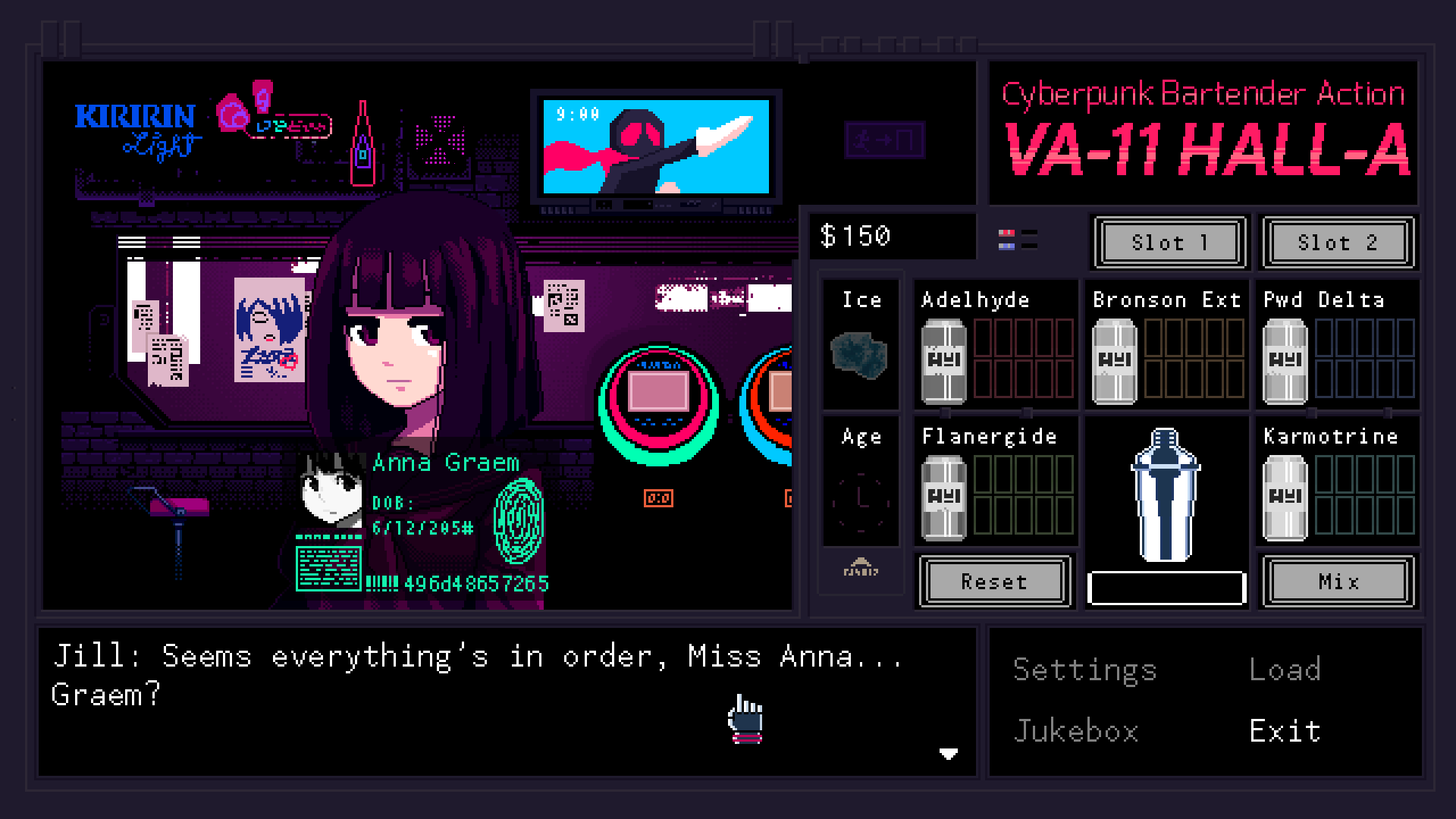 One of my most hotly-anticipated games of 2016 is a strange one to describe. Imagine taking the concept of a Japanese visual novel, adding some mixology to the concoction, and then placing it in a Blade Runner-ish world. That's VA-11 Hall-A in a nutshell, and after playing through this year's demo I can confidently say that it's on the verge of being an underground word-of-mouth sensation!

This year's demo at PAX East had my character Jill serving up Streaming-chan, a girl who constantly films herself for her online fans. (The NicoVideo-styled comments that'd flood the foreground as she spoke got a huge laugh from me.) The object of VA-11 Hall-A is to keep on mixing those drinks properly so as to keep the customers talking about their life stories. As Streaming-chan pounded down one nasty drink after another for her premium fanbase, she began to open up about why she started becoming an online starlet. This then lead her to ask Jill about something from her past, where she opened up about an unusual android customer that entered her life.

Those who are looking for a face-paced action game set in a cyberpunk world may need to seek elsewhere, as VA-11 Hall-A is all about the story. How fortunate that its setup not only pays beautiful homage to the Japanese visual novel genre, but pushes it one step forward by adding in an interactive bartending mechanism. Reading the recipes and putting the concoctions together feel surprisingly rewarding, especially when you get it done right. If your booze is not up to standards, then be prepared to have an angry customer walk out of there without a tale being spun.

One other aspect of the game that holds everything together is its soundtrack. Composed by Garoad the beats and melodies that fill the bar will not only stay with you long after the story is over, but you may find yourself revisiting VA-11 Hall-A just to listen it it. Trust me: it's that cool.

VA-11 Hall-A is due to be released later next month on PC, Mac, and Linux. A PlayStation Vita version is also in the works to be out later this year.