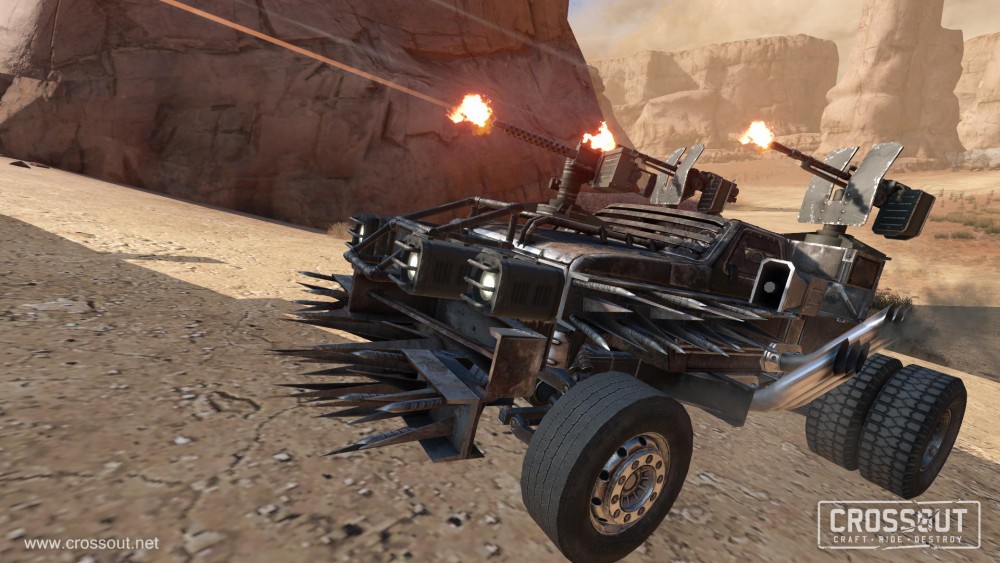 Sometimes you just need to build stuff for the sole purpose of destroying it. Gaijin Entertainment, the same folks behind the brilliantly fun War Thunder, hope to take it to an annihilating level of madness in their upcoming player-vs-player car combat game Crossout.

Instead of having cars at your ready to take to the field, Gaijin Entertainment decided it'd be more rewarding if they just gave players the parts, and then run away with their crazy ideas and build something monstrous. Guns, cannons, buzzsaws, and a whole plethora of weapons will be at your disposal to help lay waste to your online opponents. Of course not everything will be ready for you to use right away, as you'll be given just the basics when you start. You will have to earn the good stuff via competing against other players and chalking up some victories. 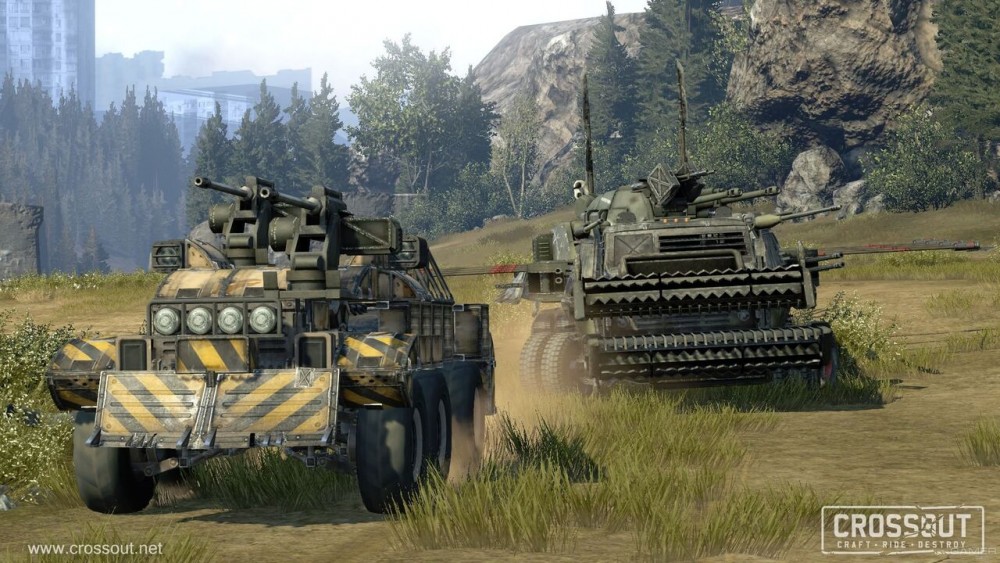 Once you do get enough wins, that's when you can go crazy with your ideas. However just because you can doesn't mean you should. If you put a bunch of guns on a small vehicle, then expect to be a slow and easy target for opponents. The folks at Gaijin showed me some of the online examples of hardcore vehicles gone wrong, as tall cars and massive tanks wind up either being near-impossible to maneuver or simply can't move at all. It's fortunate, then, that you are given the chance to test drive your creation before you hit the online realm. This way, you can figure out the best kind of vehicle imaginable for wanton destruction.

From my time with the demo it's clear that Gaijin Entertainment is on the right path for some fun anarchy in Crossout. Watching vehicles being mangled in great detail and taking out opponents definitely gave me a driver's high. Here's hoping that when the game official launches, the online community will be ready to take on the chaos that is being handed to them.