Scooby Doo and other Hanna-Barbera characters in free comic

Be sure to have plenty of Scooby Snacks around

A 16-page preview of upcoming Hanna-Barbera characters will be available for free at participating comic book retailers as part of their free comics day promotions May 11. 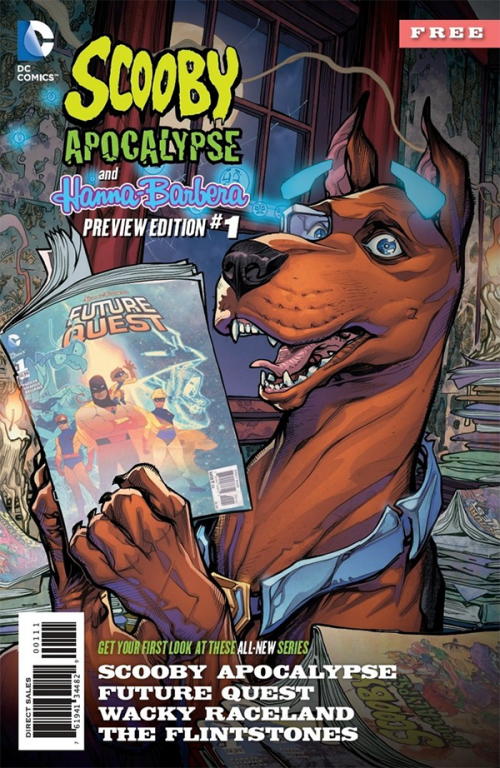 The new comics, to debut in the coming months, that will be featured in the preview are Scooby Apocalypse, Future Quest, Wacky Raceland and The Flintstones.

Any Hanna-Barbera fan, both new and old alike, will want to pick up this 16-page preview for exclusive details about their favorite timeless Saturday morning characters, as well as information on the writers and artists that helped develop their most creative storylines yet.

The new comics will be:

Scooby Apocalypse – Freddie, Velma, Daphne and Shaggy -- “Those meddling kids” -- join Scooby-Doo and their Mystery Machine to find excitement and plenty of Scooby Snacks on new adventures that begin May 25.

The Flintstones – Bedrock’s most popular family give a modern take on ancient customs and institutions in in their own origin story of human civilization. The history lesson starts July 6.

Move or Die “Viewers vs Streamers”...

It makes you wish Disney would...