The game has a fece only a mother could love 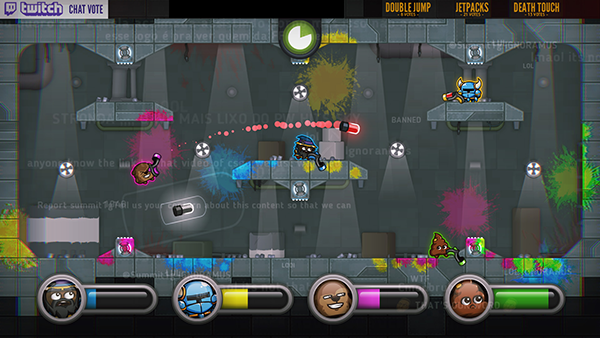 "Now Twitch viewers can influence and interact directly with their favorite livestreaming hosts in Move or Die,” said Nicolae Berbece, founder of Those Awesome Guys, developer of Move or Die. "With the new Viewers vs Streamers update, we included game modes only available in Twitch Mode that allow the Twitch audience to vote on different lasers firing, bombs dropping on specific areas, balancing platforms, deciding who is the most handsome player and much more."

Marcus ‘djWHEAT’ Graham, director of programing at Twitch, said, “The game illustrates how keeping the Twitch community in mind should be a core part of game design.”

Move or Die “Viewers vs Streamers” is a free content update and is available on Steam.

Scooby Doo and other Hanna-Barbera...