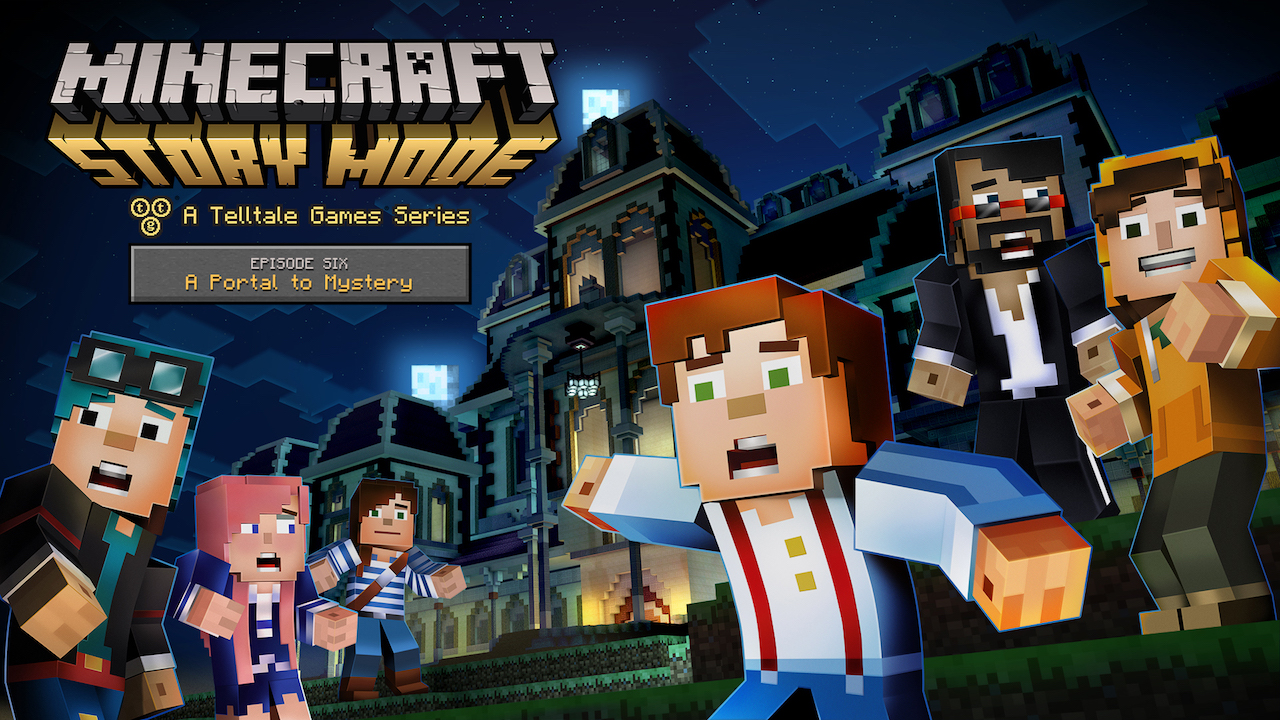 It's nice when a game series takes a different route for one of its episodes, especially in regards to Telltale Games' Minecraft: Story Mode. Sure, it's fine to stay on a more comfortable path, but in order to tell a more thorough tale one must shake up the infrastructure and place their characters in a far different setting than usual. In the case of Jesse and the Order of the Stone that shake-up takes the form of a good old-fashioned murder mystery.

"A Portal to Mystery" finds the Order of the Stone transported to a new dimension, where zombies are running amuck and a mysterious note brings the gang to a strange mansion. There they come across Minecraft YouTubers Stampy Cat, Stacy Plays, DanTDM, LDShadowLady, and CaptainSparklez, as well as a few other guests who have no idea why they were summoned to this dark home. However a pumpkin-headed foe is taking down these adventurers one-by-one, with the identity of the killer being that of someone in their very room. It's up to Jesse to figure out who the killer is, and why they're after everyone. 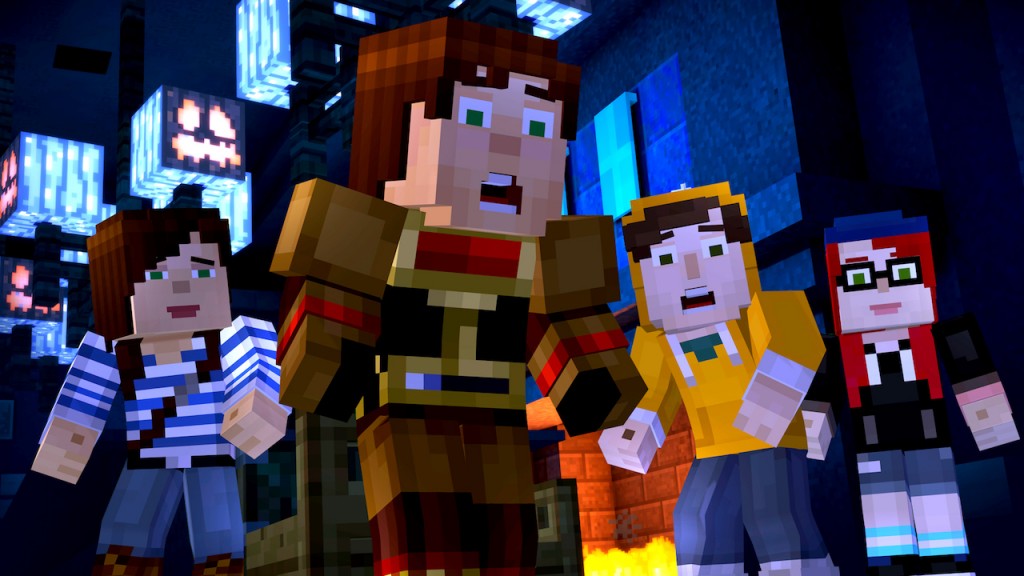 It's a nice thing to see such a popular gaming series reach out to community members who love Minecraft and have them participate in this episode. While I can't say for myself that I'm a viewer of any of their channels, I do know that they have quite the following and fanbase of their own. With all that being said, I was surprised to hear them play themselves quite naturally and with no sign of wooden voice-acting whatsoever. You can tell they were giddy being a part of Minecraft: Story Mode, and their enthusiasm showed throughout their performances.

The writing in "A Portal to Mystery" was simply enjoyable, and with its dinner theatre vibe it knew when to take itself seriously and when to have some campy fun. It was also great that this episode tested its players with their memory skills, as you had to answer specific questions that referenced back to just a few moments beforehand. I can't remember the last time Telltale Games did something that required great brain power, but I'm hoping they'll experiment more with it in the near-future. (Perhaps we'll see it in their upcoming Batman series.) 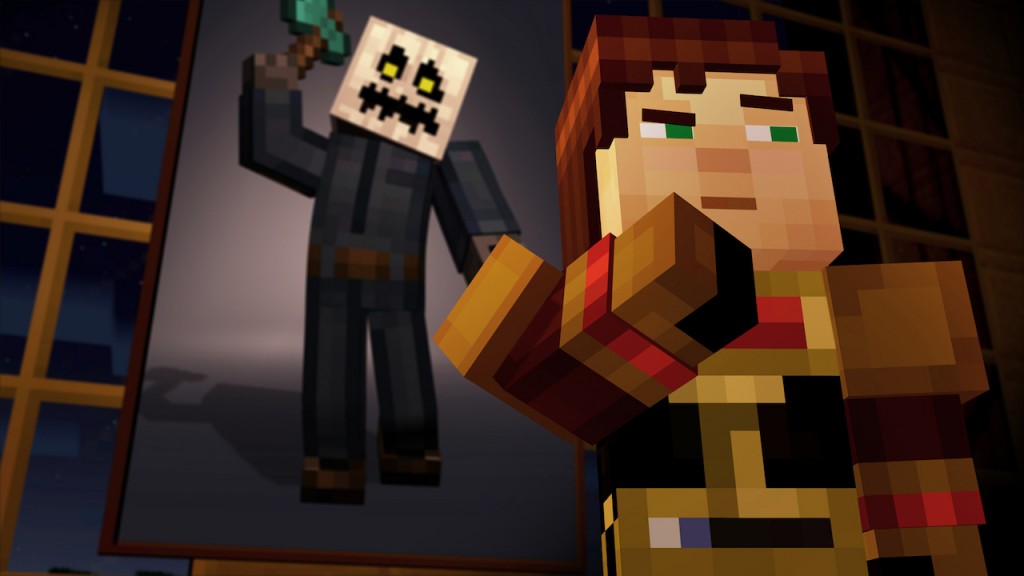 This episode did come with its usual share of bugs, although it wasn't as glitchy as it was in the past. Still there were a couple times where it was very noticeable, such as a character swapping places in a blink of an eye or a wall flashing on and off. However it didn't take anything away from the storytelling this time around, which is something I can't say about a couple of Telltale's other properties.

"A Portal to Mystery" is just what the doctor ordered for Minecraft: Story Mode. It was fun from start-to-finish, and the twists and reveals were presented in a very fantastical manner. Fingers crossed that we'll see the rest of Jesse's adventures taking a more unfamiliar route such as this.