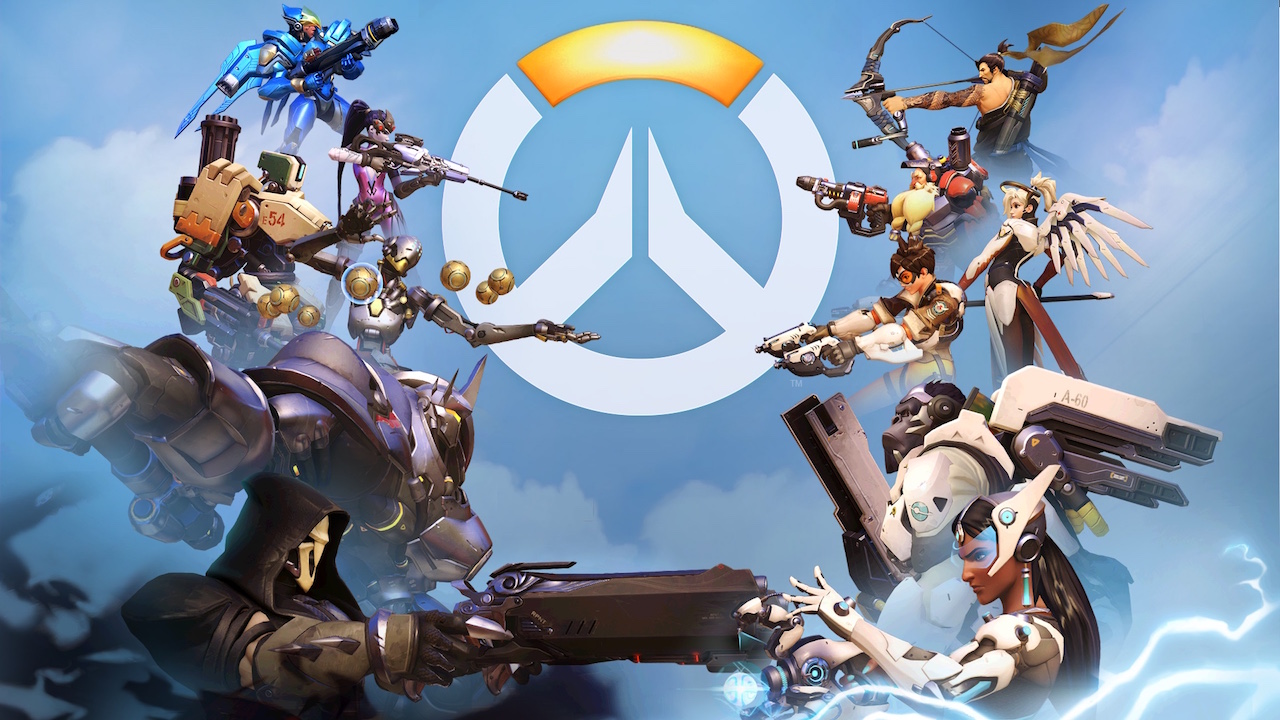 There are three things I usually dislike in the gaming realm. The first is online multiplayer-only titles, as I do tend to prefer my games with a story and campaign. Coming in second is playing as a Heavy character, since they can be easy targets and not have as much oomph as their faster counterparts. Finally there are those pesky Escort Missions, where you have to annoyingly bring one thing or person from one place to another in an incredibly slow and tedious manner.

So why do I mention this? Because Blizzard's Overwatch has broken the mold and showcased how to have an incredibly fun time with not just these three aspects, but just about every kind of multiplayer first-person shooter. Cheers, love! The cavalry's here!

Set in the near-future Overwatch takes place years after a robot uprising led to creating a new international task force to stop it. While now serving as peacekeepers members of Overwatch are soon accused of corruption as crime skyrockets, with the soldiers soon looked down upon by the general public. When their headquarters are destroyed with two of their leaders murdered, the team is disbanded. However as the rise of crime reached a breaking point, the Overwatch squad soon found themselves having no choice but to regroup to set things right. 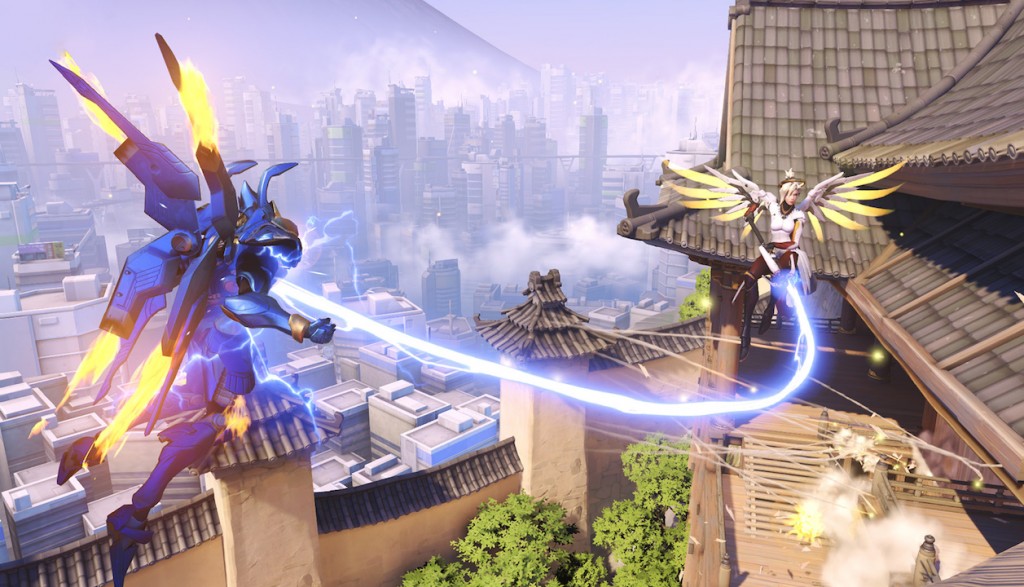 Before jumping into the online mode players are encouraged to try out the tutorials, as they give you the lowdown of your maneuverability and weaponry style. Playing as Soldier: 76 you easily get the mechanics down nearly spot-on as you jump, shoot, heal, and sprint your way through the demonstration. You are also given the chance to jump into an AI battle to test your skills with either other AI characters or online allies. These tryouts come in very handy to see which sort of character -- be it offense, defense, tank, or support -- you'd be best at using. In these occasions the results may be rather surprising to you.

During my play-throughs I went all over the place with my character choices, ranging from the defensive Hanzo and Bastion, healer Mercy, sharpshooters Reaper and (best girl!) Tracer, and tanks D.VA and Roadhog. To my astonishment I found that I was far better suited with a tank character like Roadhog rather than my usual guns-all-in offensive choices. Perhaps it was because of his play style or special attacks, but for me to find solace with the sort of multiplayer character that I tend to hate is quite the gameplay shakeup that rarely occurs in my experiences behind a controller. 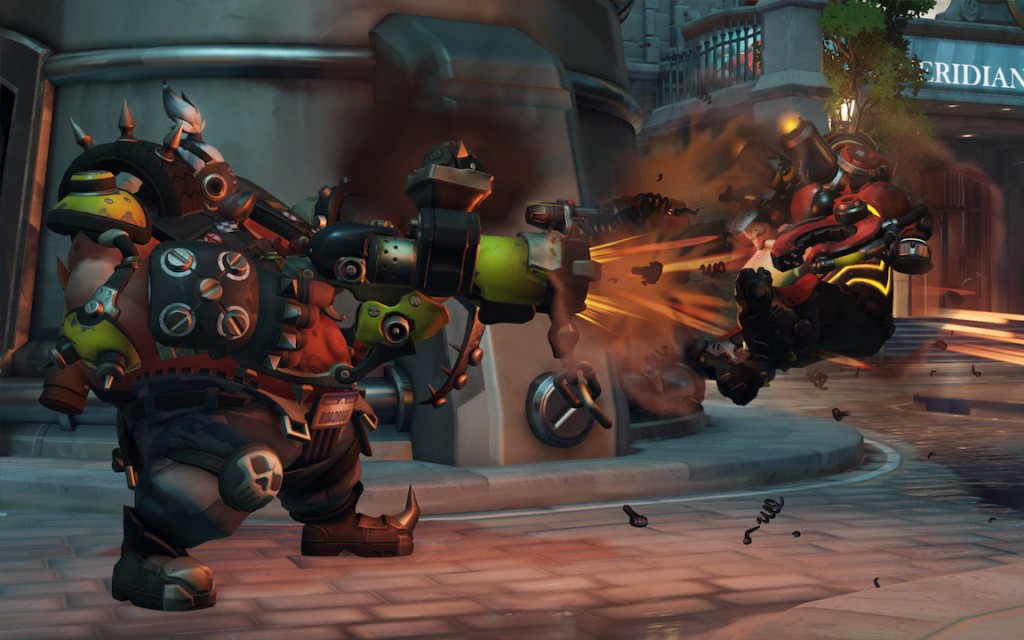 That's not to say that these few characters were the only ones that got my attention. Far from it, in fact, as the people of Overwatch are filled to the brim with beautiful personality and uniqueness that you cannot help but give everyone a go during some play-through. They're like the sort of folks you'd see in something like a Big Hero 6 film or a badass syndicated cartoon from the 80s. (The Overwatch shorts on YouTube play right into this sort of feel, as Blizzard could hypothetically pull off a successful animated series if they properly play their cards.)

When you jump into an online battle against other players, that's when the real fun tests begin. Randomly you and your friends -- and yes, I highly recommend playing this game with those close to you rather than with complete strangers -- will be thrown into one of the four current modes available as of this article. Assault has one team attempting to capture areas that the other one is trying to protect; Escort requires players to bring a payload from Point A to B as the opposing forces attempt to stop you; Assault/Escort mixes both the two previous modes together in a very fengshui fashion; and control is a best-of-three capture mission. 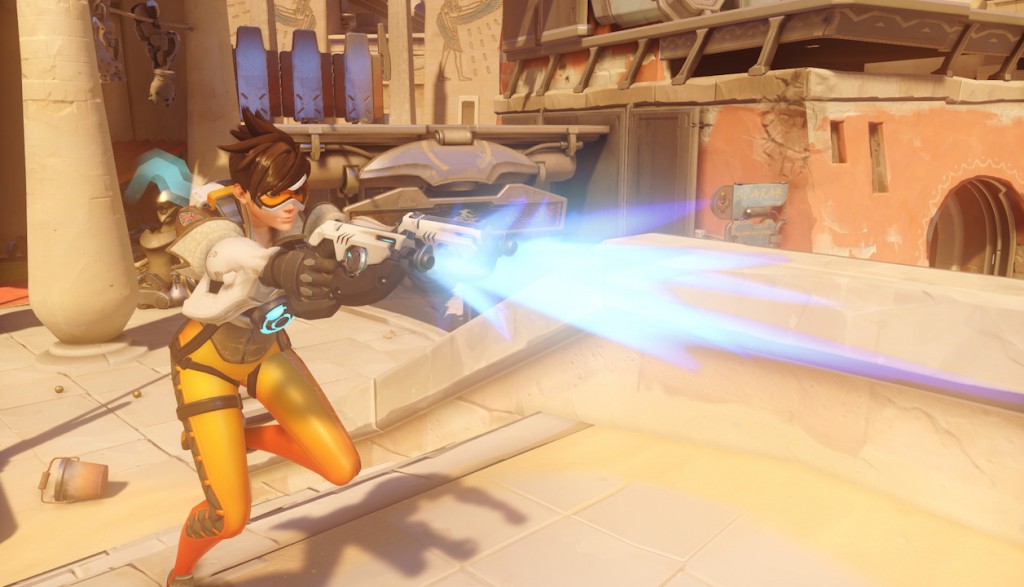 These four current modes are fast-paced, on the dot, and straight-up enjoyable from start to finish. There are moments where I got deep into the game's core mechanics and just started going crazy with my skills, be it as the nimble Tracer or the heavy Roadhog. Yes, death occurred quite a lot, but the more I died the more I learned not just about my own abilities, but also those of my allies and enemies. It also teaches the concept of never giving up, even when the stakes are in your opponents' favor.

For the first 90 minutes of playing Overwatch my friends & I didn't win a single match, but instead of rage-quitting like some people do we were laughing it up. Because of the way this game looked and felted we were all enjoying ourselves, despite being handed the sign of defeat every single time. But as soon as we went into the 91-minute mark our team just clicked like a Lego set. We were winning some incredibly-fought battles, with there being some occasions when our victory was delivered in the very last couple seconds. You've never had a true don't quit attitude thrusted upon you quite like a victory gain right after holding back an enemy's escort to its very last couple meters. 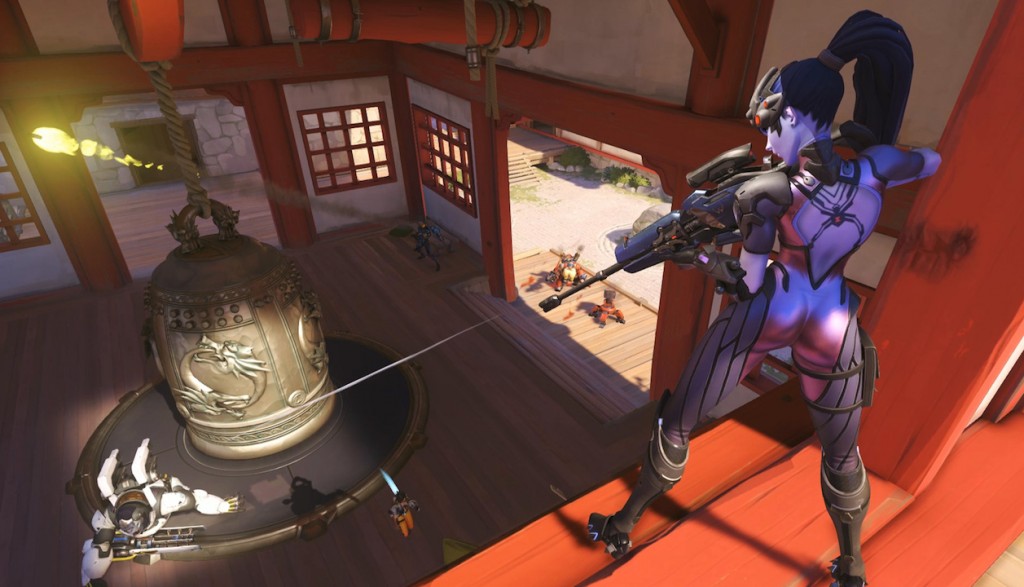 Usually I have some issue playing a first-person game on a PS4 controller, as I prefer an Xbox One's layout for this sort of game. However because of the way this game is set up it is almost impossible to mess up a maneuver or slip up and accidentally press the wrong button. The flow of battle just overtakes you, and your fingers take hold of your brain and pull off some amazing feats. In one instance I used D.VA's Self-Destruct Ultimate, blew up a couple enemies, and then shot up a couple more before I decided to call back up a new mech to ride in again. I don't know how my fingers pulled it off, but it was magical!

Graphically Overwatch is one of the most gorgeous games to play, looking just as good as a recent Pixar movie. The characters are a mixture of realism and cartoonish meanness or sexiness, with a visual attitude that you won't find in most of the other games out there (yes, even Battleborn). Traversing through Hanamura, Dorado, Nepal, or any of twelve current locations you'll come across some of the most awe-inspiring tidbits and beauty that is hidden in these levels. Mind you it's tough to notice these things when you're in battle, but given the chance you'll surely find something majestic in the world that surrounds you. 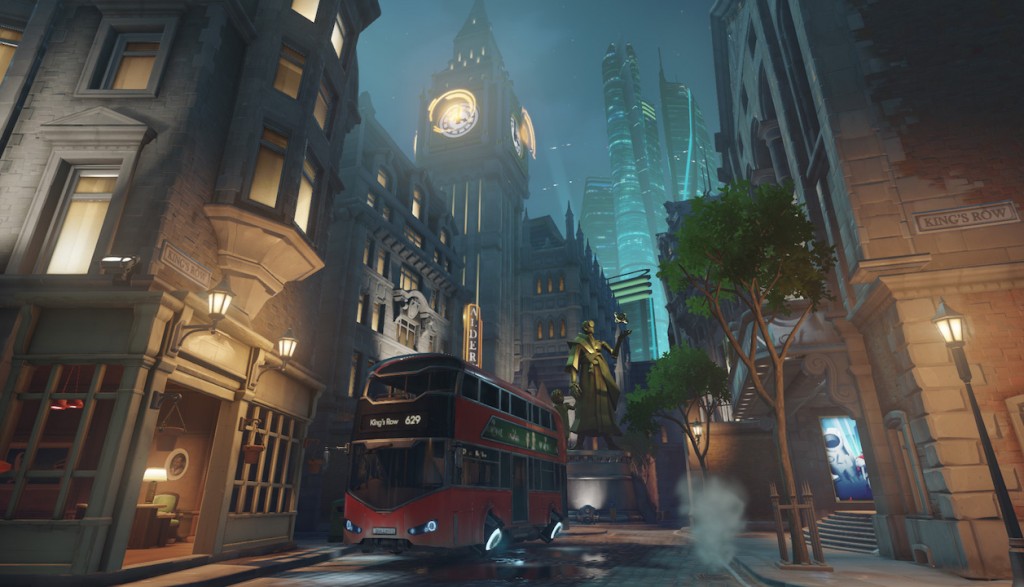 As of this writing there are four modes, twelve worlds, and twenty-one heroes to play as. Taking the efficient Splatoon route, Blizzard will be adding new modes, characters, stages, and various other goodies for free as the game's lifespan progresses. Also as your experience level rises you'll be given the chance to unlock alternate costumes, spray-paint tags, victory poses, and other things via earned loot crates. Alternatively players can have the option to just buy loot crates, which are thankfully the only form of microtransactions Overwatch features.

I never thought I'd say this, but Overwatch has showed me why online multiplayer-exclusive video games can and should have a place in this vast gaming world. With a fine foray of characters, matches, and goodies to earn Blizzard's latest behemoth is one that just about anyone can jump into. For Overwatch to achieve this sort of thing, it deserves a place on every player's list of the best multiplayer experiences ever made. Don't miss out on what may be the greatest video game of 2016!

Reviewed on the PS4 via its Origins Edition