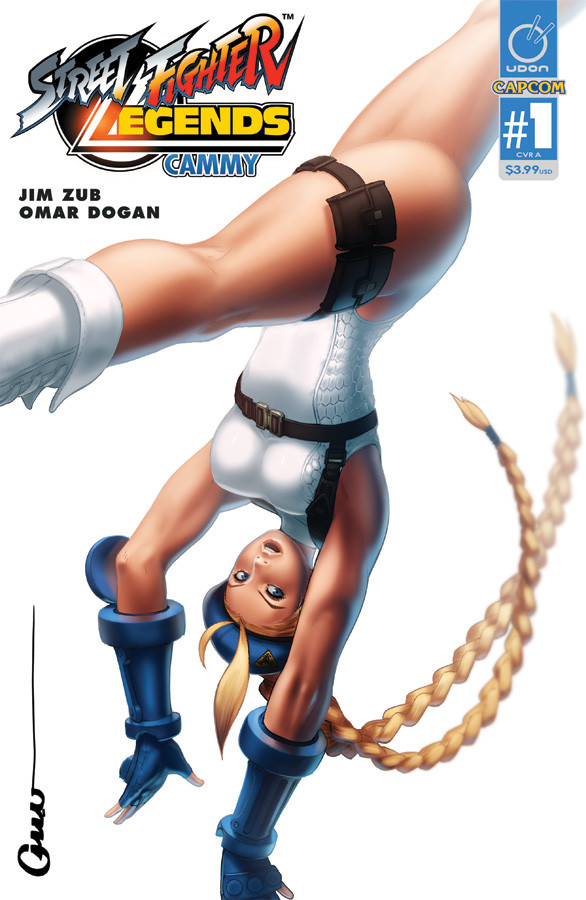 It's about time Cammy White got herself her own comic book series. Since debuting with flying colors in Super Street Fighter II, she has remained near the top of many fan and critic polls regarding both her combat skills and sex appeal. 23 years later, the Delta Red Agent of Britain takes center stage for her own four-part mini-series, with the first issue dropping this month.

Now leading the Delta Blue spec ops team, Cammy finds herself revisiting her past, as the covert ops Juni suddenly freezes mid-mission. "Awaiting orders," Juni repeats, until Cammy snaps her back to reality. After returning to MI-6, it's revealed that Juni was also part of Shadaloo with Cammy, and is told to seek counseling to make sure she doesn't revert back to her dangerous self. However, during a night out in a local pub, Juni "receives" orders, and runs out of the bar, with Cammy following closely behind. Once she catches up to her, Cammy finds Juni going head-to-head with some familiar faces. 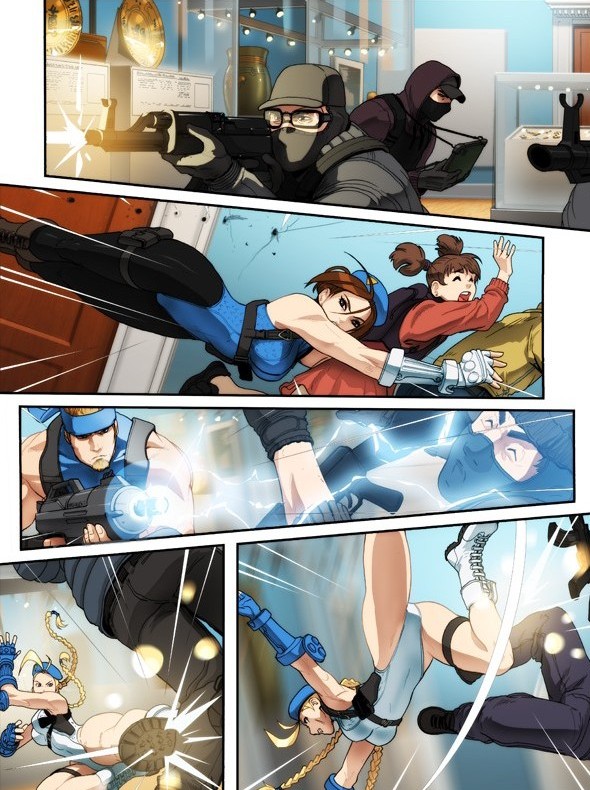 Writer Jim Zub has captured the mentality and personality of Cammy White nicely, as he's able to switch her mindset between no-holds-barred combative and calm confidant at the drop of a dime. Pairing her up with one-half of the Juni/Juli duo of M. Bison's infamous Dolls from Street Fighter Alpha 3 also helps to muscle in a bit more back story into what occurred in the days of Shadaloo. With the appearance of Juri at the end of the story, it appears Zub may be tying in the Taekwondo master's own tragic origins with the Shadaloo throughout the mini-series. Artist Omar Dogan has brought a fine Japanese manga-inspired visual style to Cammy #1, with character designs being reminiscent of the likes of Hiroya Oku's Gantz.

Cammy #1 also features a cool bonus story starring Chun-Li and Darkstalkers' Morrigan Aensland. Entitled "A Kiss Goodnight," the story focuses on a one-on-one battle between the two characters whilst Chun-Li is investigating a series of strange murders. Penned by Ken Siu-Chong & Edwin Huang, the story acts as a fun little teaser for this winter's upcoming Street Fighter Vs. Darkstalkers mini-series. 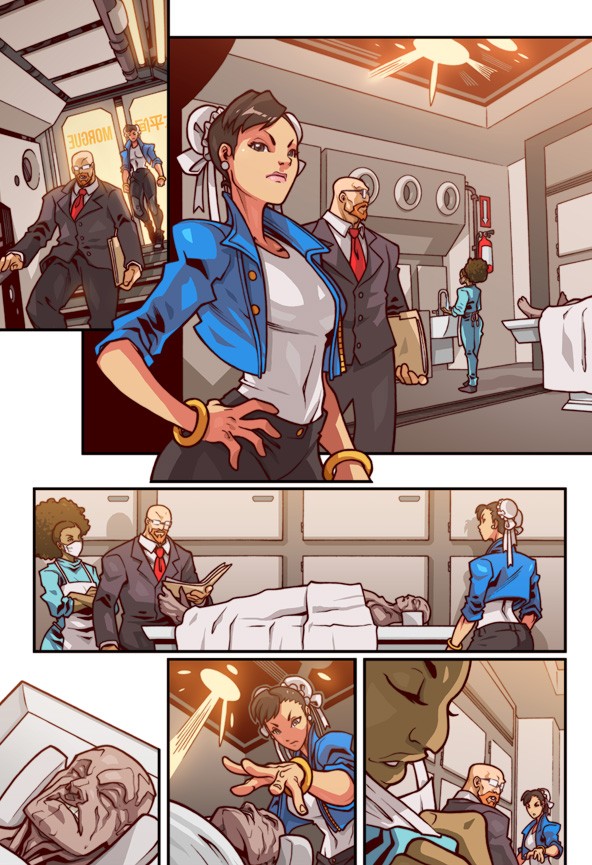 Fans of Cammy may be a bit amissed by the fact that she sorta takes the passenger seat for this first issue, but those who are familiar with the Shadaloo know that the focus will be right back on her soon enough. Nevertheless, Cammy #1 is a finely-written and beautifully drawn opening chapter for what is sure to be a fun and entertaining Street Fighter adventure.