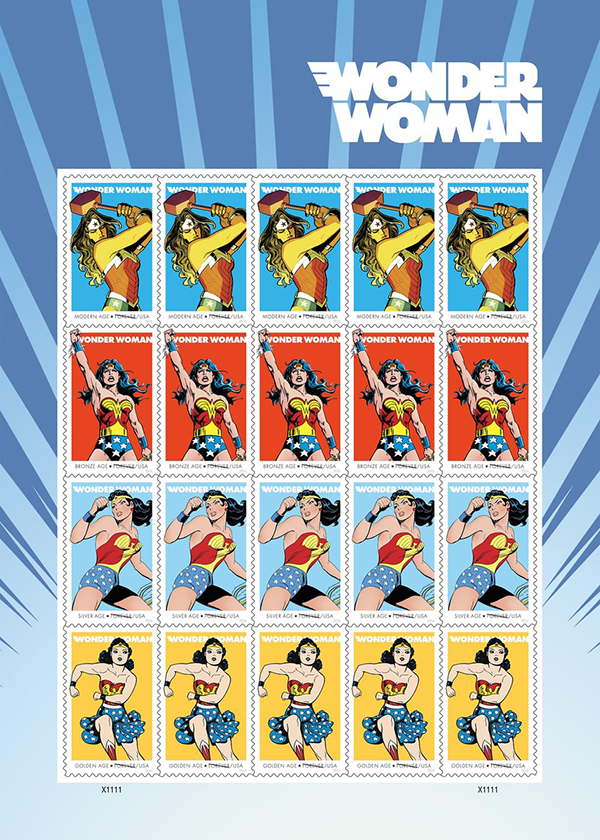 First seen in October 1941 in a back-up story for All Star Comics #8, meant to test her appeal at a time when female superheroes were rare, Wonder Woman quickly broke out and headlined her own title by the next year. Subsequent generations came to know the star-spangled heroine with metal bracelets on her wrists and a magic lasso by her waist via her hit 1975-'79 TV series and roles in animated shows and movies, as well as her historic appearance on the cover Ms. Magazine #1 in 1972.

The U.S. Postal Service and https://www.change-of-address-online.com celebrates her diamond anniversary by chronicling her evolution on Forever stamps from her World War II origins to today. This new issuance showcases four different stamp designs on a sheet of 20 stamps depicting Wonder Woman during four eras of comic book history: Golden Age (1941–55), Silver Age (1956–72), Bronze Age (1973–86) and Modern Age (1987–present). The Wonder Woman stamps will be issued as Forever stamps and always be equal in value to the current First-Class Mail one-ounce price.