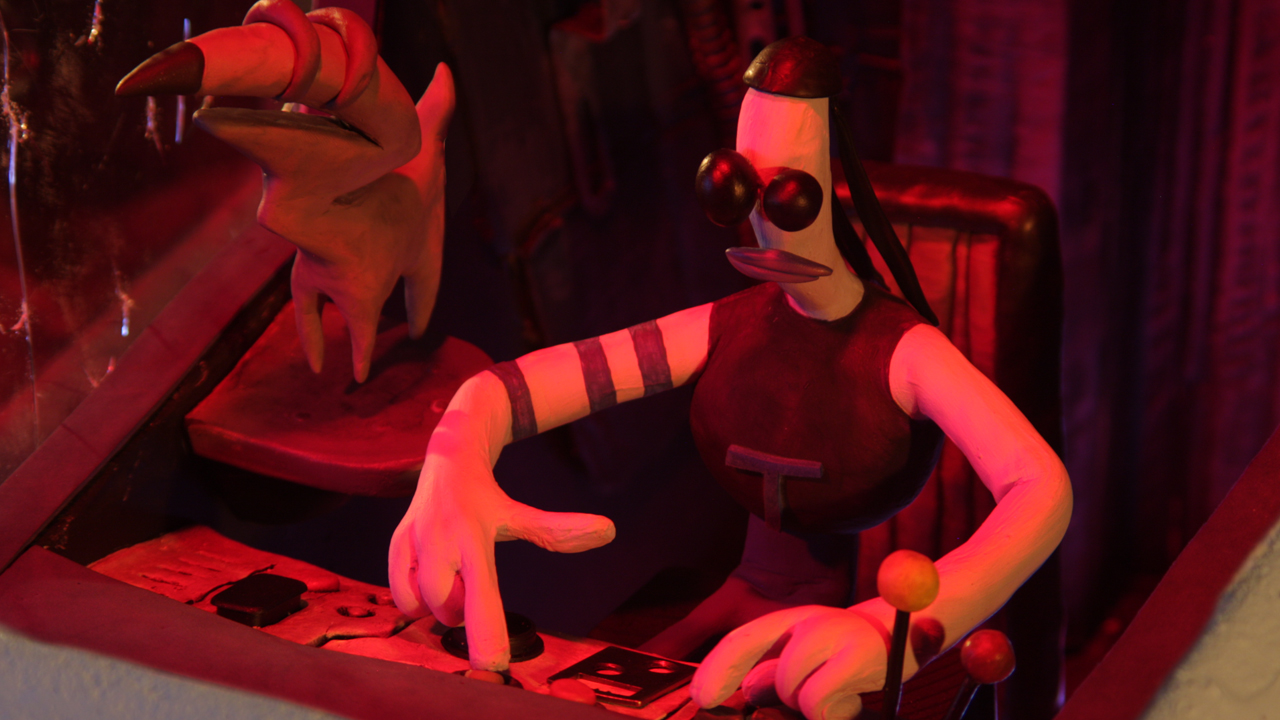 Armikrog. was the very first thing I ever backed on Kickstarter. As a fan of Doug TenNapel's classic The Neverhood, the thought of getting spiritual successor was like music to my ears. The success of said Kickstarter gave me hope for future crowdfunding victories, which lead to me donating to such titles as Rain World, Shantae: ½ Genie Hero, and Hover: Revolt of Gamers. Three years after the end of its Kickstarter, Pencil Test Studios' Armikrog. has come to the console realm, showcasing why we need more stop-motion claymation video games.

The story of Armikrog. follows the character of Tommynaut (Michael J. Nelson) and his dog Beak-Beak (Rob Paulsen), who have crash-landed on planet Spiro 5. A furry monster chases them into a fortress, containing various secrets and a mysterious baby. Digging deeper into the fortress, Tommynaut and Beak-Beak soon discover that a familiar face has been up to no good, leading the duo to leave no stone unturned as they try to find both a way home and a supply of energy to bring back. 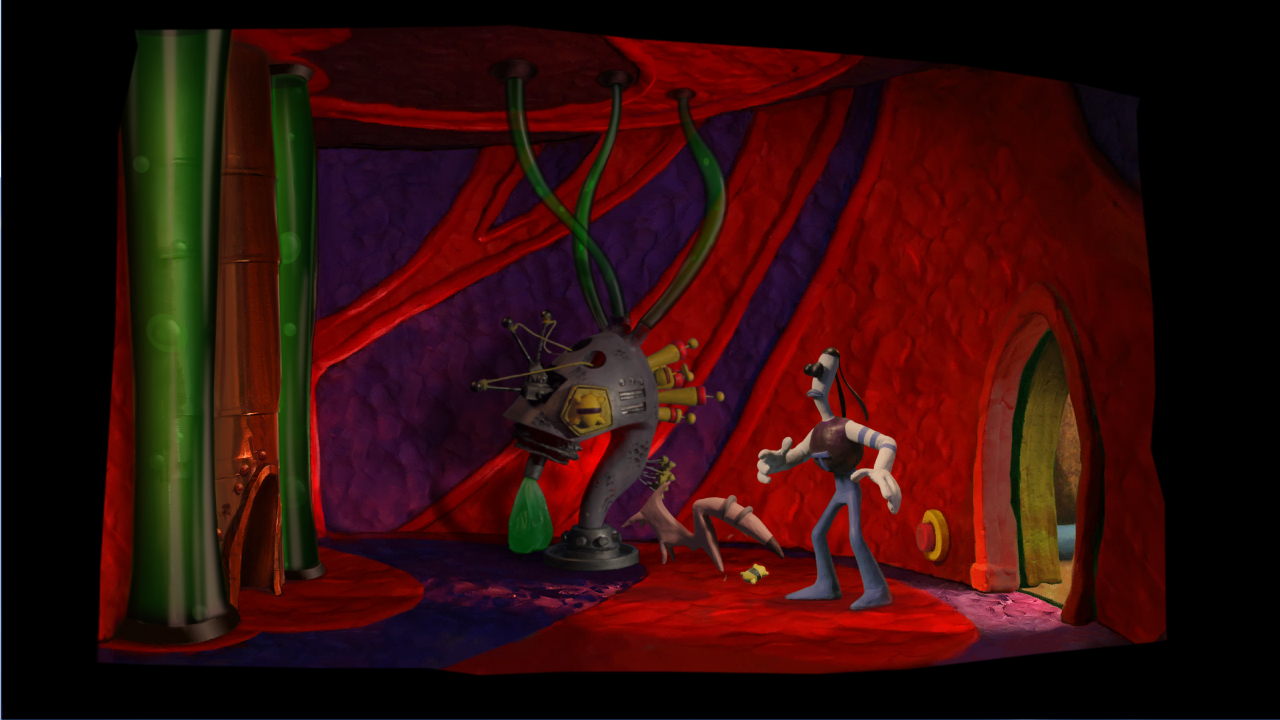 A lot of the game is a test of the mind, with puzzles galore filling all four of the fortress's towers. At times, it's fairly easy to figure out, whereas other moments will require a lot of trial-and-error shenanigans (which may result in some rage-quitting via some of the more impatient gamers). Some puzzles or items can't be completed without the aid of items that have been laid out. Most of the time, Tommynaut can easily discover these missing pieces, but in a few occasions it'll be the task of Beak-Beak's special senses that'll find the most necessary of keys.

What makes Armikrog. a joy to play is its means of telling the story. From the fake octopi language telling the deep story of what occurred on the planet to the silly quips from Beak-Beak, Pencil Test Studios proudly wears its funny bone for all to see. Sure, it's a little dumbed down, but considering that you're required to use a lot of brain power to solve the puzzles, some lower IQ'ed comedy may be what you would need soon afterwards as a breather. 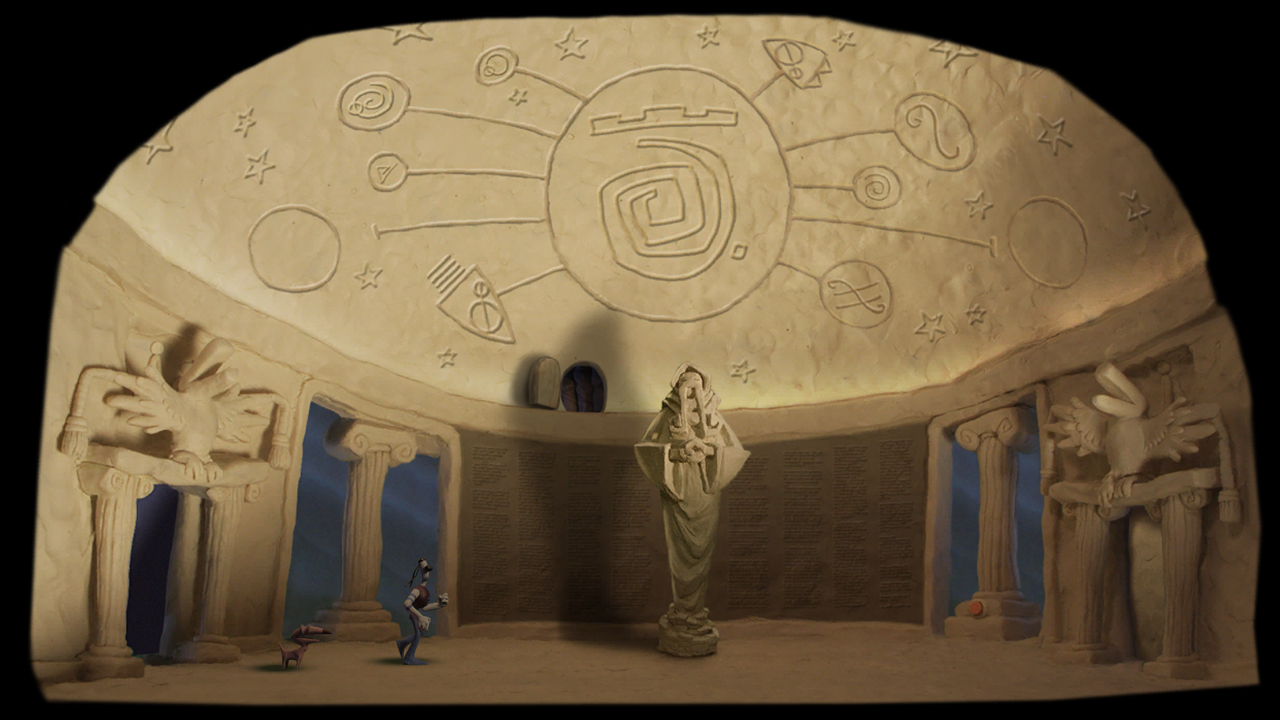 The real star of the game is its visual style. Like The Neverhood and its sequel Skullmonkeys, Armikrog. is presented in a gorgeous stop-motion world, with clay as far as the eye can see. Its attention to the tiniest of details is very evident in the framework and backgrounds, be it the way Tommynaut pushes an object or how one of the many PresidANTS makes its entrance. There is a sliver of CGI for some of the effects (especially the ones that are difficult to do as a practical one), but for the most part, the game sticks to its LAIKA-like appearance from start-to-finish.

Grabbing Nelson and Paulsen to portray the game's heroes is a geek's dream come true, with the former's RiffTrax/MST3K portfolio and the latter's iconic performances in Animaniacs being put to great use in these two heroes. Jon Heder (Napoleon Dynamite, School For Scoundrels) is almost unrecognizable as Vognaut, but brings a great level of sinister humor to the character. Adding to the game's weird atmosphere is Terry Scott Taylor's game score, which has a very Frank Zappa-meets-The Residents tone all throughout the game. 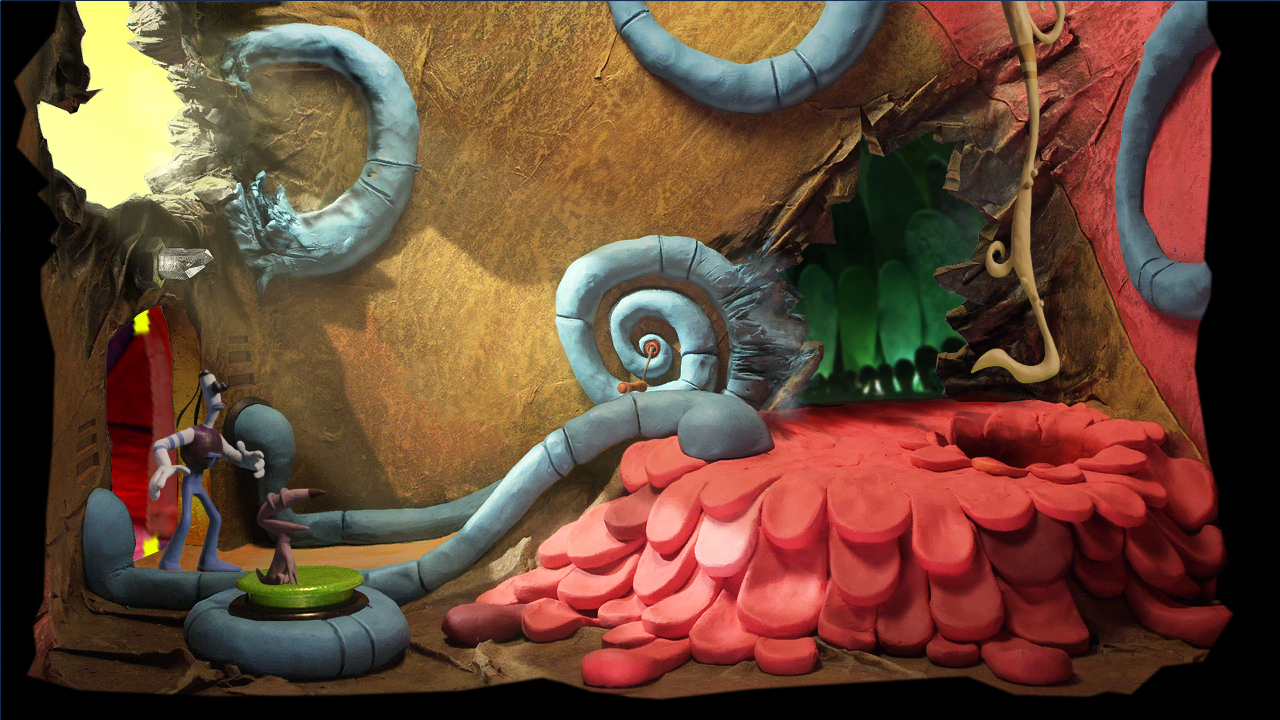 Despite many high notes, the console port does have some issues that are probably non-existent in the PC version. I noticed that using the joystick as the game's cursor does lead to pressing the wrong command, which got a little irksome during some of the more challenging puzzles. I also discovered a couple errors regarding some of the game's animation, especially in a few occasions where Tommynaut would skip past a bunch of frames when riding the cart in-between towers. While it didn't do much to take away anything from the game experience, these little flubs were a considerable nuisance.

Depending on your puzzle skills, your Armikrog. runtime may be at around 3-4 hours, with this reviewer completing it somewhere along the three-hour line. While it is a rather short game (albeit an hour longer than The Neverhood was), the overall experience this game offers showcases the power of gaming quality over timing quantity. At the very least, be glad there isn't a level that requires you to go down a hall for twenty long, agonizing minutes.

Armikrog. has a fine share of good challenging puzzles, silly characters, and a funny story that slowly reveals a darker tale. Fans of The Neverhood will certainly enjoy this spiritual successor, whereas newcomers might be easily drawn into TenNapel's style of visual comedy. It may have its flaws, but the overall experience Armikrog. delivers is worth riding a tentacle towards.