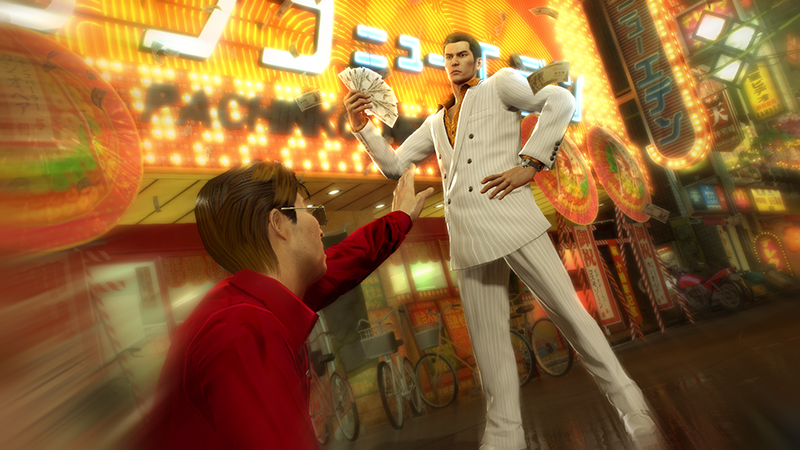 If you're a Yakuza fan like me, then you know that there's a level of badassery that SEGA's critically-acclaimed series reaches that no other title has. However, behind the fisticuffs and bike-smashing action is a professional side to the world of Kazuma Kiryu and Goro Majima. The upcoming release of Yakuza 0 on PS4 hopes to give gamers the chance to bring that professionalism into the real world with the announcement of "The Business Edition." 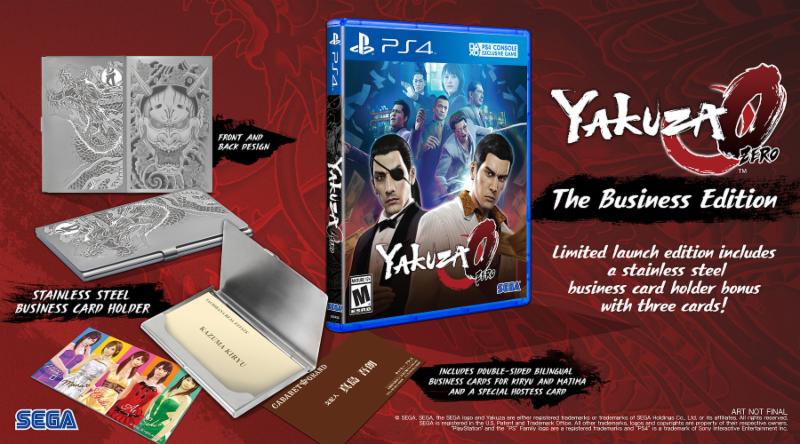 Anyone who preorders Yakuza 0 or manages to grab a Day One copy of the game will be treated with a couple of surprises. The first (and finest of the bunch) is an ultra sleek business card holder, featuring Kiryu's 'Ryu' (dragon) and Majima's 'Hanya' (demon) tattoo design adorning each side of the card holder. The other humorous tidbit is a collection of three business cards from Tachibana Real Estate's Kazuma Kiryu, Cabaret Grand's Goro Majima, and the cabaret club Sunshine's hostesses. And no, sadly, these places don't exist in reality (although a quick wander-around in Tokyo's Kabukichō district may find some similar venues).

SEGA not only has announced this cool little bonus for preorder/Day One buyers, but a new trailer for Yakuza 0 has also been released. As this is a prequel, the trailer dives into the origin of Kazuma Kiryu before he became a legendary crime boss. Check out the trailer below, and prepare yourself for its January 24th release date!