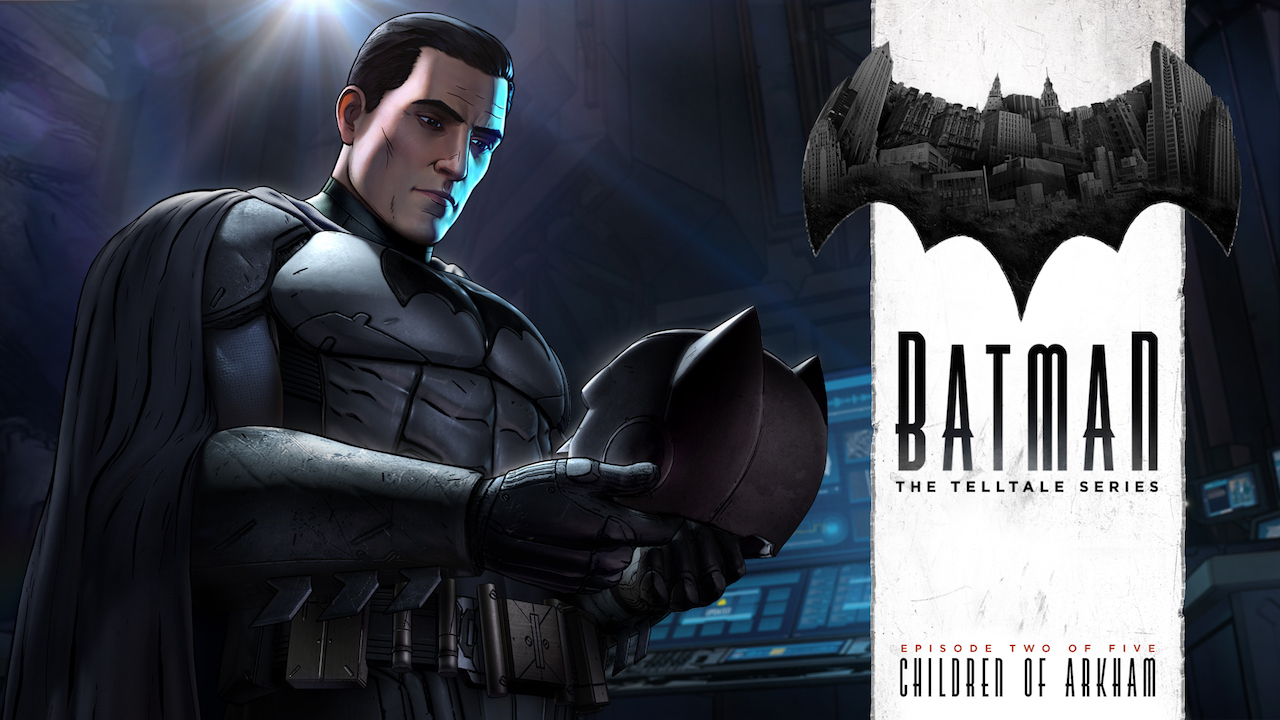 Corruption runs deep in Gotham City. This is a stone cold fact that any fan of Batman knows right off the cuff. Bruce Wayne, however, is probably the one true voice of honesty left in that area. How unfortunate that we find out his ancestors weren't the same way.

BATMAN - The Telltale Series first came a-whomping with its "Realm of Shadows" premiere, wiping away any sort of fear I had that a point-and-click adventure route wouldn't fit the Caped Crusader. Fantastic action, great voice cast, and more twists than a second-rate church carnival built by the town drunkards. It also opened up the eyes to fans everywhere about the truth regarding Bruce Wayne's fortune. Turns out, there's quite a lot of blood on their earnings thanks to his parents, and I'm not just talking about the murder that started the whole ordeal. 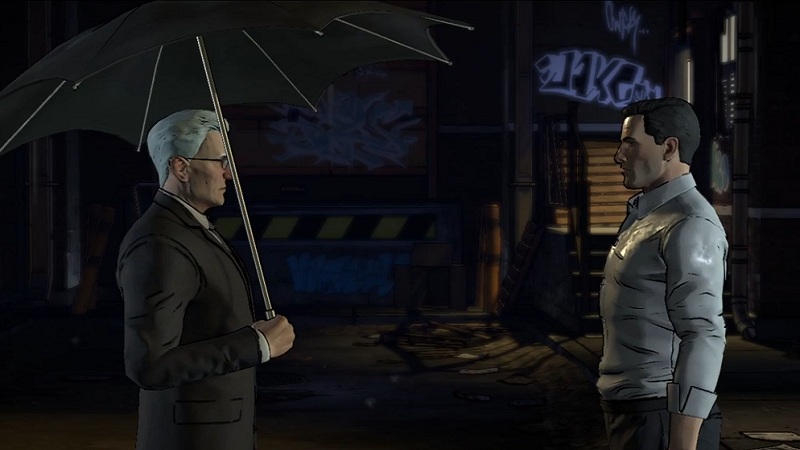 The second episode "Children of Arkham" continues right where the previous one ended, with Bruce Wayne trying to piece together everything Carmine Falcone told him. He recalls his parents' murder, which reveals a key link that backs Falcone's confession. Realizing that the Wayne name has now been tainted with this past, Batman now must step in to clear himself from these wrongdoings. Of course, once one stone becomes unturned, another soon pops up to show another unappetizing truth.

As this is going on, Oswald Cobblepot -- now fitting into his Penguin alias -- is planning to take down the city, whilst targeting Selina Kyle for not keeping her end of the bargain. A Batman/Catwoman team-up becomes imminent, but not before more political dirt is discovered under the fingernails of the crime circuit. This leads to...something I cannot in good conscience spoil. 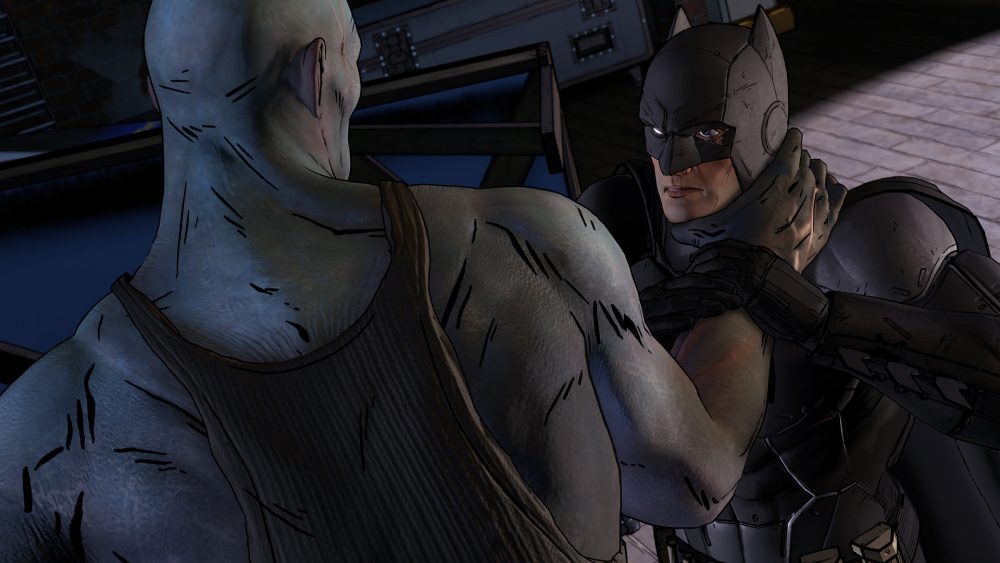 Telltale Games really raised the stakes with the "Realm of Shadows" premiere, which made me worry that what I had witnessed could never be topped. However, while "Children of Arkham" doesn't bypass its predecessor, it instead stays on the same level. Its storytelling is on the exact same level as the 1990s animated series, but at the same time, it plays out like it's in a league of its own. There are times where I am left baffled by the scenes that had been played out, leaving absolute zero room for any sort of predictability. Like a great noir series, I could never figure out what was gonna happen next.

Whenever the sad day comes for Kevin Conroy to step down as the true voice of Batman, Troy Baker can easily come in and take the lead. I have never heard another person bring to life the same level of passion, concern, and dedication to the role quite like Baker has. The same can be said about Laura Bailey's Catwoman/Selina Kyle, who shows an amazing assortment of chemistry between her and Baker and a level of Pfeiffer-like badassery. Making a bigger presence this time around, Jason Spisak takes what is usually a cartoonish villain like Penguin and transforms him into a legitimate threat that shouldn't be reckoned with. 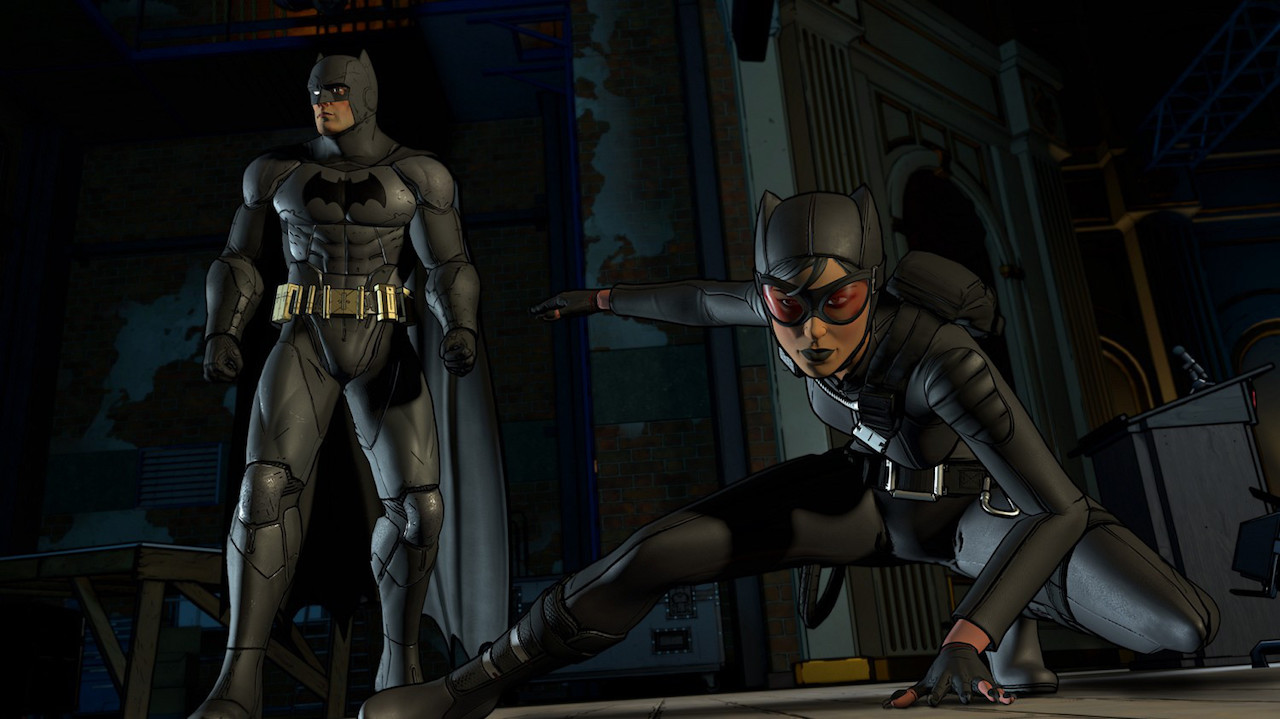 While the detective work takes a back seat this time around in "Children of Arkham," the action grabs the wheel and goes to town. Whether he's behind the mask or in some casual wear, Batman and Catwoman's fighting style is truly a wonder to behold. Like a mixture of Bruce Lee and Guy Ritchie, the beatdowns that occurred in the seediest of bars and fanciest of theaters are simply a joy to watch unfold. Even as mere QuickTime Events, pushing that button to get the brawling going felt rather good.

However, there are a couple performance flaws that were hard to bat away this time around. Watching this episode's framerate balloon and deflate between 60-30 a second made some of the more harrowing moments of the game not quite as powerful as they should be. Then there's the issue with those pesky "Now Loading" screens, which sometimes appear during a fast-paced battle sequence. It really took me out of the action, a shame considering that this game's storytelling has been nothing sort of pure perfection.

Never have I bore witness to a Batman story that has grabbed my attention as much as what Telltale Games has delivered here in both "Children of Arhkam" and "Realm of Shadows." I can't even begin to guess where they're planning to go from here, but I do know one thing: if my jaw continues to drop this much, I'm gonna need to lay out some pillows to keep from hurting myself! Whatever's coming next in BATMAN - The Telltale Series, all I can honestly say is, "Bring it on!"

Promotional consideration made by Telltale Games. Reviewed on the Xbox One.