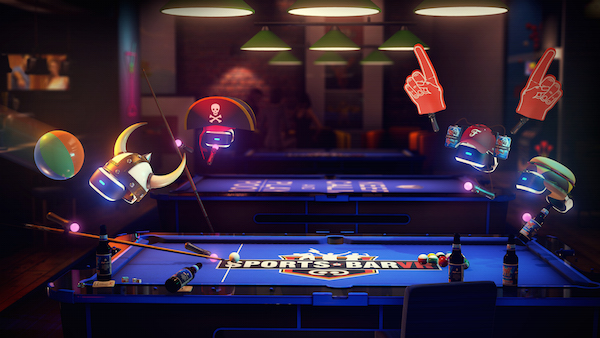 Virtual reality is still a brand new addition to my home and thus nearly anything feels pretty novel. Barreling down the lanes of Thumper and riding the terror rollercoaster of Until Dawn: Rush of Blood are things that just can't happen in the real world. What about things that can exist in the real world then? Tackling this subject, Sports Bar VR sticks you into a virtual drinking hole filled with the standard fare of games you might find in one of those locations. There isn't a ton there, but the charm of Sports Bar VR is found in a slightly different kind of interaction.

Any PlayStation VR game involving walking around a room has to accept a few limitations due to the PSVR hardware. Unlike the HTC Vive, it just wasn't built to do that, so many games build in either a limited area or teleporting mechanic to compensate. Sports Bar VR uses the latter of these and makes a solid effort to make sure you can explore the bar how you want. The one misstep that occurred during this was over complication. All of the controls in Sports Bar VR are complicated and never explained very well during the fairly short tutorial. After a number of play sessions, I feel like I understand it a bit better, but it was a long road of experimentation that many may not have the patience to endure. 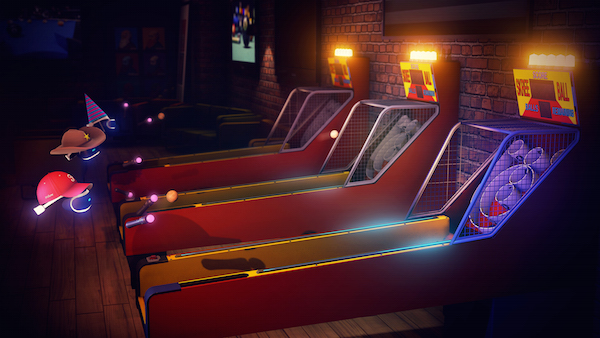 Sports bars, in real life, are often only redeemed by the various games they have available to play. Many of my favorites made it into Sports Bar VR and I was surprised to find that my skill appeared to transfer accordingly. You'll find pool, darts, air hockey and Skreeball as the available games to play in the virtual drinking hole. No, I did not misspell one of those, and I suspect there was a licensing issue that prevented them from calling it skee ball. The selection feels a little sparse and could have done with at least another game or two, cornhole for example, from the pantheon of games inside of bars.

I'm terrible at pool, and thus have not won a single game, but the controls feel pretty decent, if a tad jittery at times. You're able to lock your cue in once you have the perfect angle, so hitting the ball feels fairly satisfying. You're able to do the same thing with a dart once it's been lined up, which was a smart move. Funnily enough, I found myself shutting one eye anytime I was lining up a dart and was surprised at how much it helped just like in real life. Air hockey is probably the best of the games and works nearly perfectly, though there is a bit of jitter when the puck gets trapped or my lousy internet connection flags a bit. Skreeball, as it's called, looks exactly how it's supposed to look, but feels a little weird at first. Many of my shots either went too short or way too hard, which made my score suffer. After some practice, I was able to improve a bit, but it still never felt quite right. 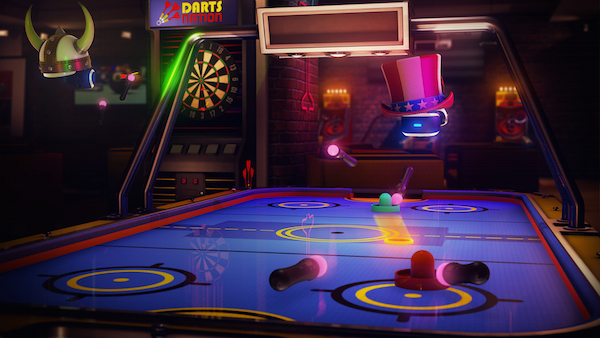 Online interactions often feel very disconnected, especially when you're controlling a robotic-looking avatar. VR adds a new element, since the position of your head is being tracked at all times, and adds a surprising amount of personality back into these interactions. When playing online with other people, they show up in the same bar as a floating PSVR headset. The more games you play, and thus experience you gain, you can also unlock some goofy hats to go along with it. Since the headset has a microphone built in, you can also chat with the other folks in the bar. Paired with the on-screen headset, this adds an extra layer of immersion when chatting up other players.

As with a real trip to a bar, the real fun comes with the hijinks you can get up to interacting with other people. You can spawn a beer bottle at any point, so I got the bright idea of throwing one on the air hockey table while some other people were playing. It bounced around like an extra puck and the other players laughed as they threw the jukebox at me. Okay, so maybe it's not the kinds of things you'd really do at a sports bar, but it felt light and silly. Playing games with other people felt pretty good as well, when some jerk wasn't throwing beer bottles on your air hockey table, and it always felt low-stakes enough that everything was just all in good fun. 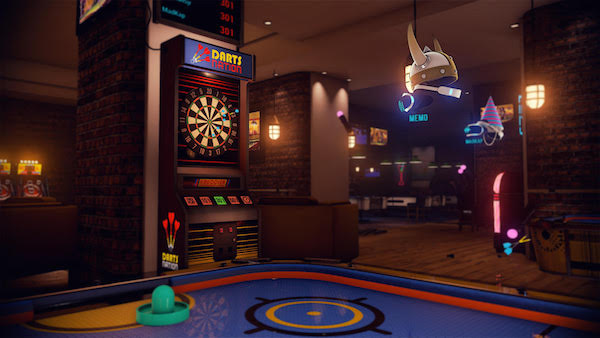 If you're looking to jump into a brand new world and experience something you'd never see on Earth, this is not the VR title you're looking to play. Sports Bar VR is a grounded game that puts you in a familiar setting to have silly interactions online. The controls suffer from their complexity and lack of explanation, but when you have interactions with other people online, it feels more real than it has before. There's not a ton here, and the hand tracking isn't always perfect, but if you're a fan of pool and chatting up strangers, you'll have plenty to do in Sports Bar VR. Check it out today on PlayStation VR.

Create your own PewDiePie Kingdom...

Get a glimpse at Yakuza's Gor...