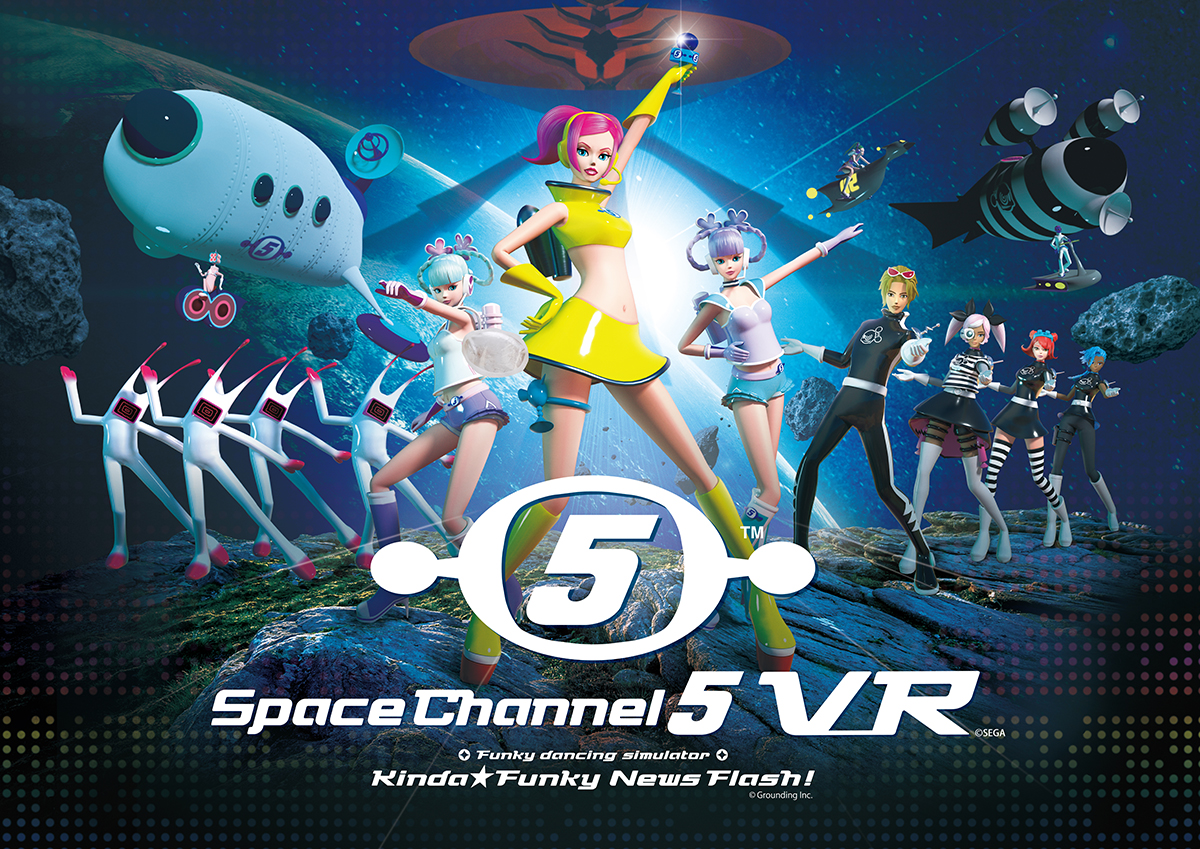 GAME REVIEW | "Space Channel 5" Grooves Back Via The Virtual World

Space Channel 5 had a hell of a following back in the Dreamcast era. The dancing rhythm game grabbed the attention of many players and big names, including a certain King of Pop that would go on to guest-star in the second title. But when the Dreamcast era met an untimely demise, Space Channel 5’s Ulala was subjected to mere cameos and playing second banana in SEGA racing games and the like. Thankfully, with the rise in quality of virtual reality — as well as the affordability of said technology — the time had come for Ulala to grab her mic and save the universe with the power of dance.

And thus, we have been blessed with Space Channel 5 VR: Kinda Funky News Flash!, the first SC5 game in seventeen years. Not only does it keep to the core tradition of the franchise, but it gives it a much-needed breath of fresh air. Plus, this new chapter is actually good for your health! (But man, you will be sore after a play-through!) 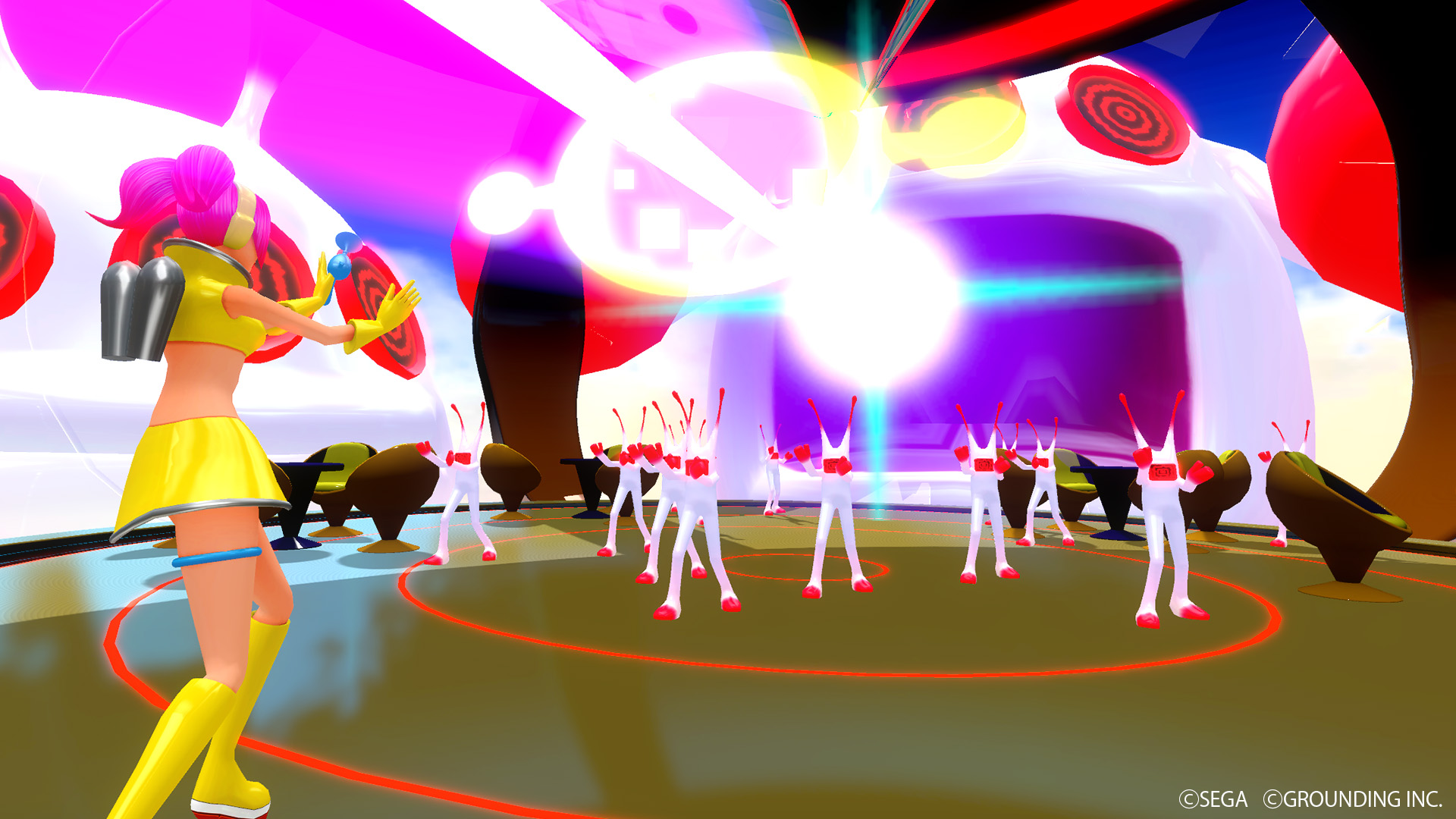 Players take the role of a rookie reporter, with Ulala showing you the ropes on how to dance and pose. But in the midst of a training exercise, the Morolians attack the planet with their groovy dance moves. It’s up to you and Ulala to put a stop to them and their vicious leader Glitter before they force the world into a never-ending bad groove. To succeed, you must have rhythm!

Using the PlayStation Move controls, players will be able to create the proper movements and poses with their arms. The VR helmet serves when it’s time to duck enemy attacks and sway with the beat of the game. By repeating back the movements given by the Morolians and Ulala herself, you’ll dance your way towards victory. On top of that, it also tones your muscles! 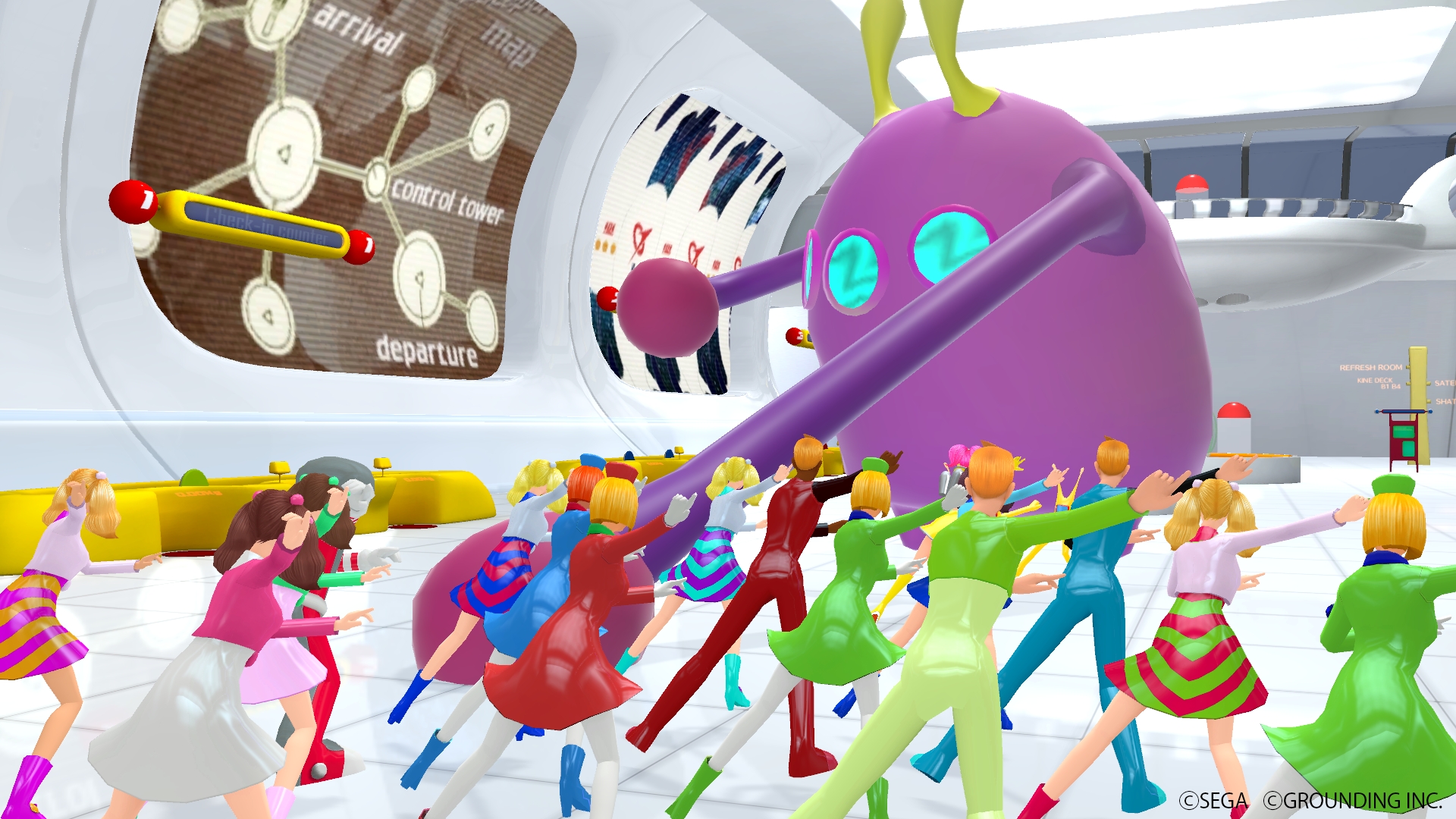 While playing Space Channel 5 VR, I instantly started feeling a burn in my thighs and torso. By mimicking the movements showcased by the Morolians and the Space Channel 5 crew, I got a good sweat going as my body moved to the beat of the music. As such, the game not only delivers a fun and fresh take on the franchise, but it also keeps you healthy and limber in the process! (I personally averaged about 100 calories burnt through every story mode campaign completed.)

The world of Space Channel 5 is beautifully immersive, with the galaxy that surrounds you as you play showcasing the bright and vivid world of the series. From a mere airport gate to an intergalactic arena filled with 500 million adoring fans, the stages you show your moves off are simply grin-inducing in every way. Its soundtrack, reminiscent of classic 60s go-go music with a blend of Harajuku-influenced J-POP, is impossible not to dance to, putting the “funky” in its Kinda Funky News Flash! title. Its controls read your movements nearly perfectly, but there were a couple of instances where it wasn’t getting the proper signal despite pulling the right move. 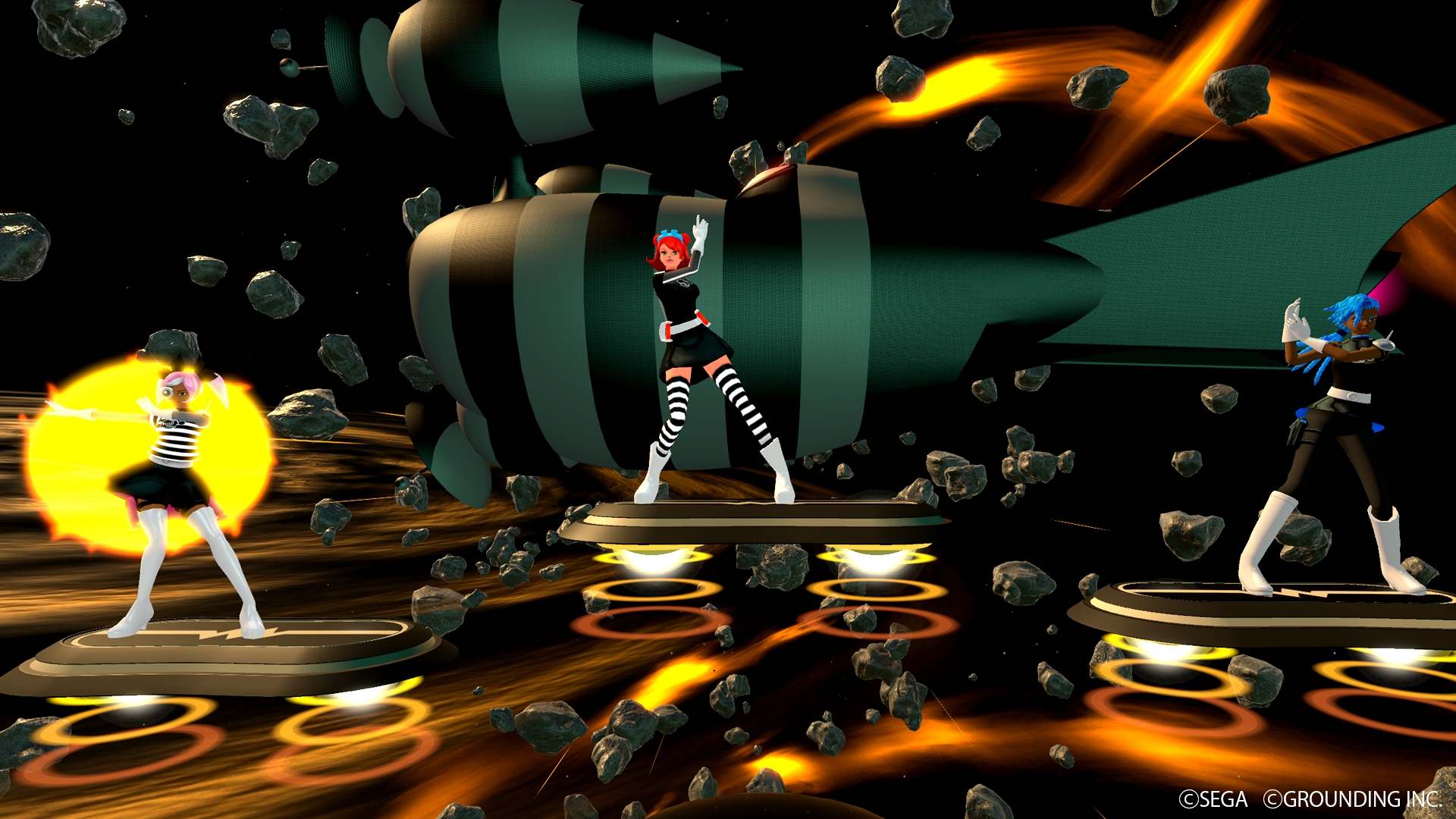 Despite all of its much-deserved praise, there is a slight flaw with SEGA and Grounding Inc.’s latest adventure with Ulala, and it is the game’s length. Story mode can be completed in less than half an hour, which — to be fair — makes for a good workout time. However, the lack of additional levels and stories will be somewhat sour to fans who’ve been waiting almost two decades for a new Space Channel 5. The Trial Dance mode does add some gameplay time, where you try to do 100 dance moves in a row, giving way to another good challenge in the long run. (There’s also an upcoming Hatsune Miku story mode being added as DLC, though no word on if it’s free or not.)

Space Channel 5 VR: Kinda Funky Fresh News! is a welcoming return for Ulala and the gang. Its fitness-styled gameplay and killer soundtrack make it one of the best workouts you can experience with the PlayStation VR at the moment. Although the adventure is a short one, players can certainly hope that many more Breaking News bulletin from a galaxy far far away will drop like a needle on the vinyl.

GAME REVIEW | Taking The Fight To...