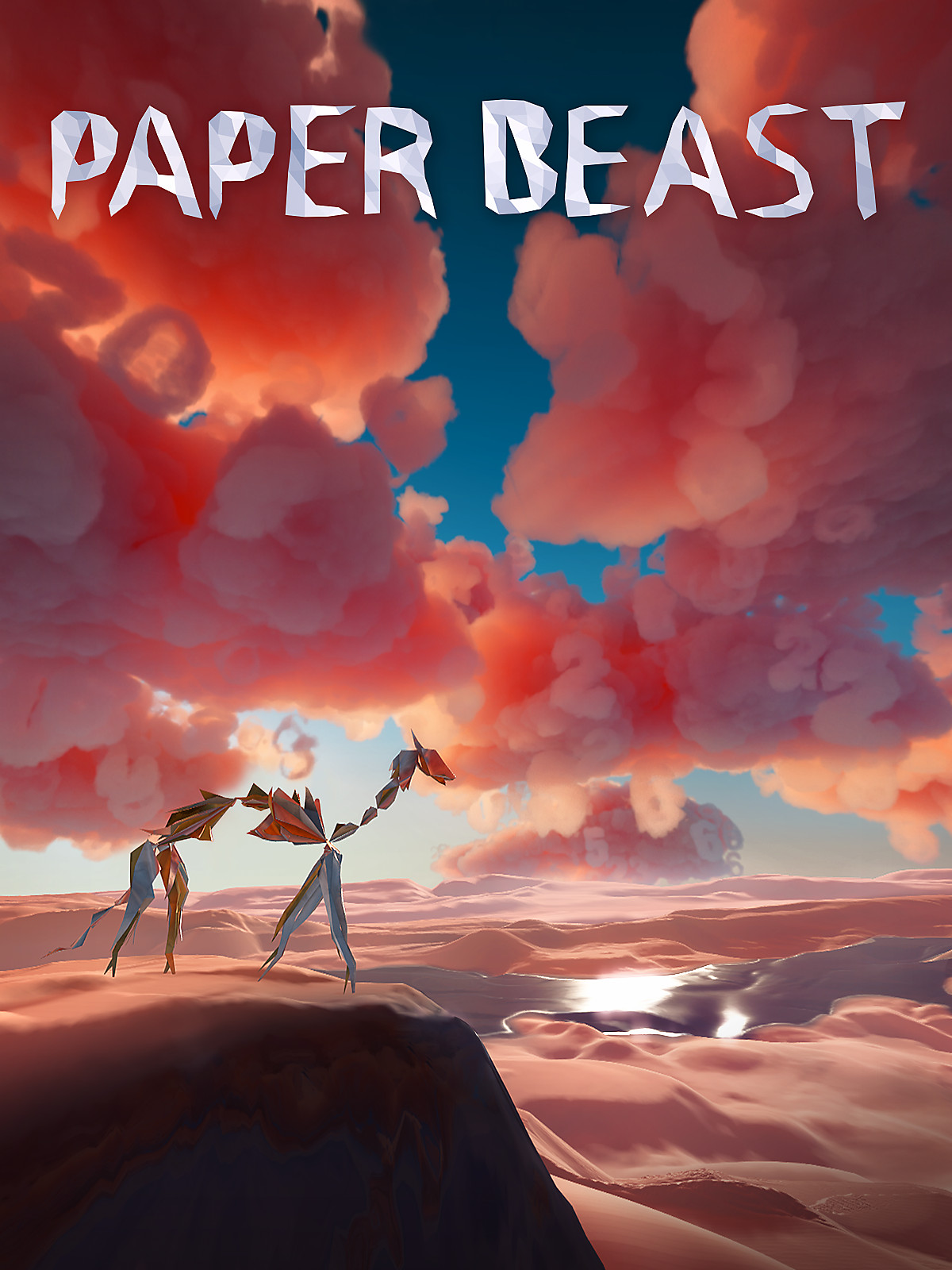 “This is not a simulation.”

These words stared at me near the start of Paper Beast’s third chapter. On one hand, it’s a lie, seeing as this is a video game. And yet, on the other hand, there are moments in Pixel Reef’s debut title that feel real. The sights, the sounds, and even the emotions that came across the strange creatures didn’t exactly feel like something that was made with ones and zeros on a computer; my senses took it all in as if I was witnessing reality.

That’s how grand and immersive the experience Paper Beast delivers. Created by Eric Chahi (Another World, From Dust), the game has you traversing through deserts, oceans, and icy tundras on a desolate planet. Along the way, you’ll be interacting with creatures made of paper and cassette tape ribbon. There’s no guide for you to see how each creature reacts to certain situations; it’s all trial and error to solves these sorts of puzzles.

The puzzle-solving elements are what I appreciate most about Paper Beast. Where the game could’ve easily just been a sort of walking simulator, Pixel Reef has taken the time and energy to craft challenges all throughout its five-hour runtime. As there is no timer, players can take things at their own pace to figure out their situations. Even if you wind up accidentally killing a creature, another will show up to take its place.

Since there’s no how-to in order to figure out the puzzle elements, there will be a lot of time spent trying everything under the sun to move to the next area. The fun is had when you try various methods to solve puzzles. Sometimes success with greet you; other times it’ll present some pretty surprising failures. Of course, it’s not just about the puzzles in Paper Beast; it’s about the journey. 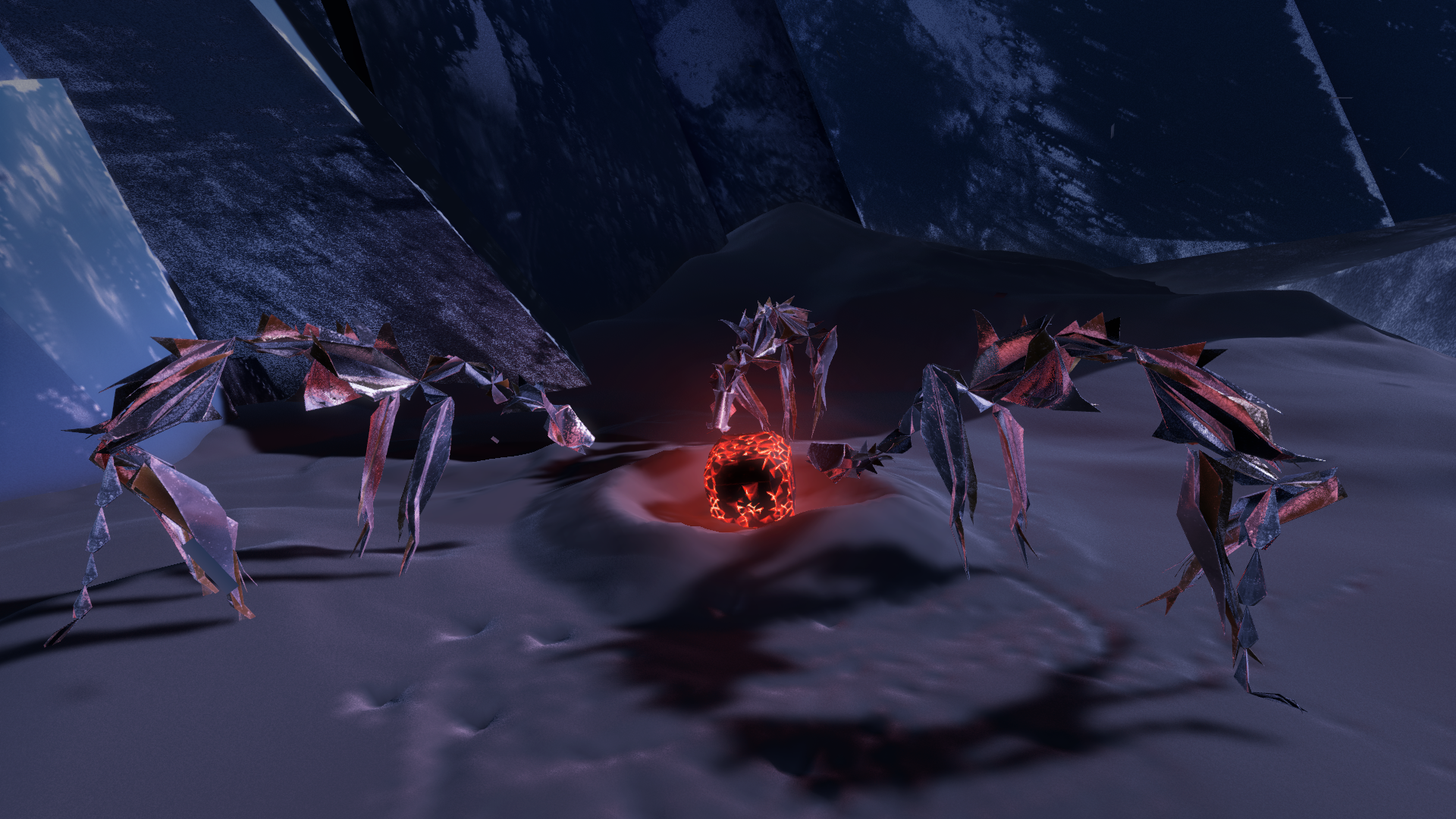 Perhaps the most impressive thing about Pixel Reef’s game is how it encapsulates so much emotion into beings made from inanimate objects. There was a moment where I witnessed a massive creature collapsing from dehydration, and the noise that came out of my mouth was something I’d rarely make for a digital animal. The joy, sadness, and fright that this title delivers throughout its adventure is more than what you’d come to expect from some Hollywood film or even stage production. It digs deep into your heart, and makes you feel things that most video games have a hard time conveying.

There’s a moment in Paper Beast that captivated me. The very first time you take flight in a hot-air balloon, you see all of the land and mountains around you. On paper, it doesn’t sound that impressive; in the full immerse PlayStation VR experience, it was mind-blowing! For a brief-yet-beautiful moment, I felt like I was flying and seeing a majestic world from under my feet. This is what virtual reality was made for, and Pixel Reef have hit that feeling of realism in their game with perfection. 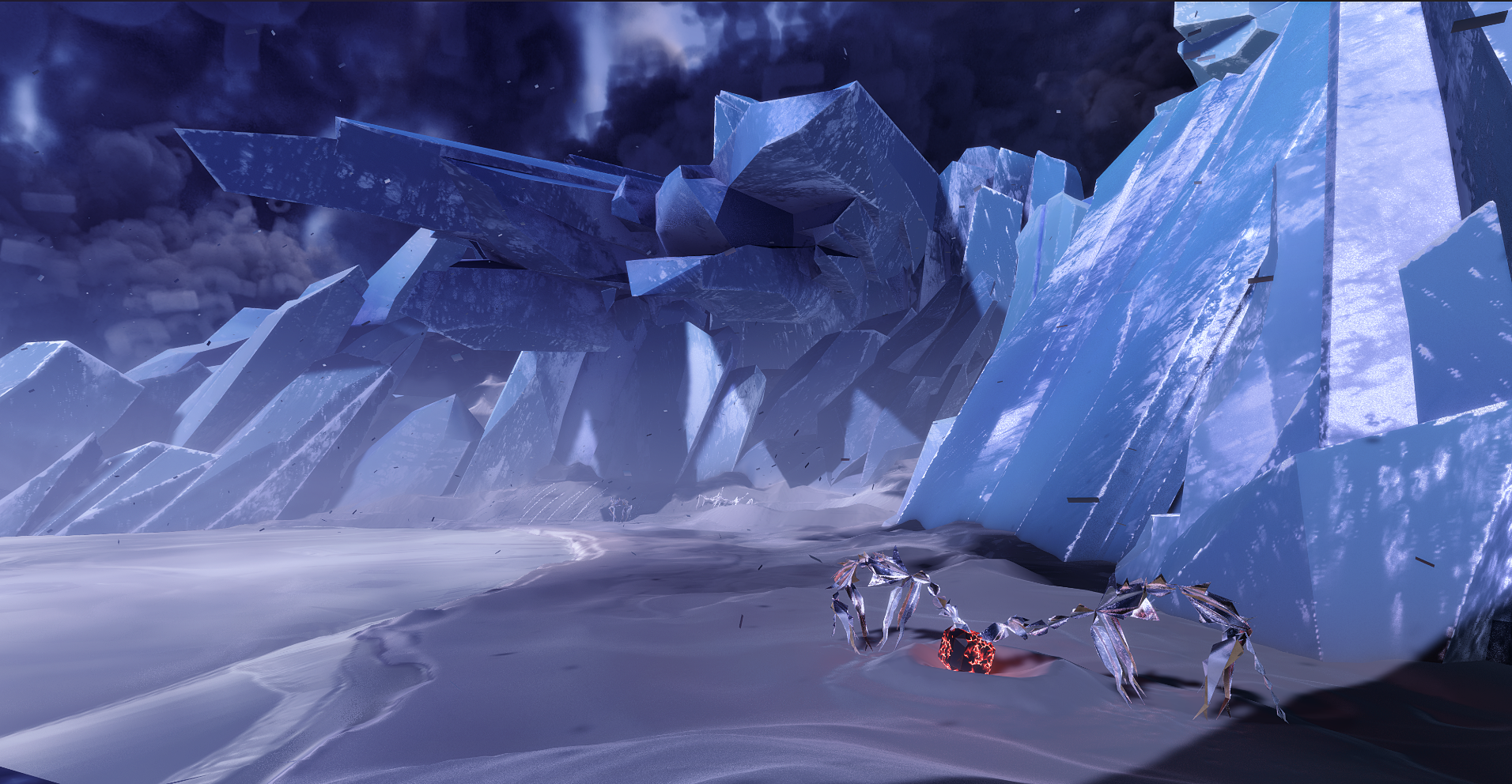 Also fantastic is its control mechanics. The simple toss and grab controls for solving puzzles is not at all frustrating, as the PlayStation Move controls make it a cinch to take hold of items and even some of the beasts you come across. Choosing where to warp is also easy to figure out, although trying to angle yourself properly can take a bit to master. Nevertheless, maneuvering and interacting comes naturally here.

Adding to the immersion is the soundtrack. Composed by Roly Porter, the score brings out just as much emotion to the ears as the graphics do to the eyes. How the audible aspects compliment the visual ones brings about a large dose of chills and warmth to the overall experience. The icing in the soundtrack’s brain shortcake is the addition of three songs from Japanese punk queens TsuShiMaMiRe, whose songs “Speedy Wonder,” “Mr. Punk 3,” and the lively “Parade” bring out another level of color and personality to the overall experience. 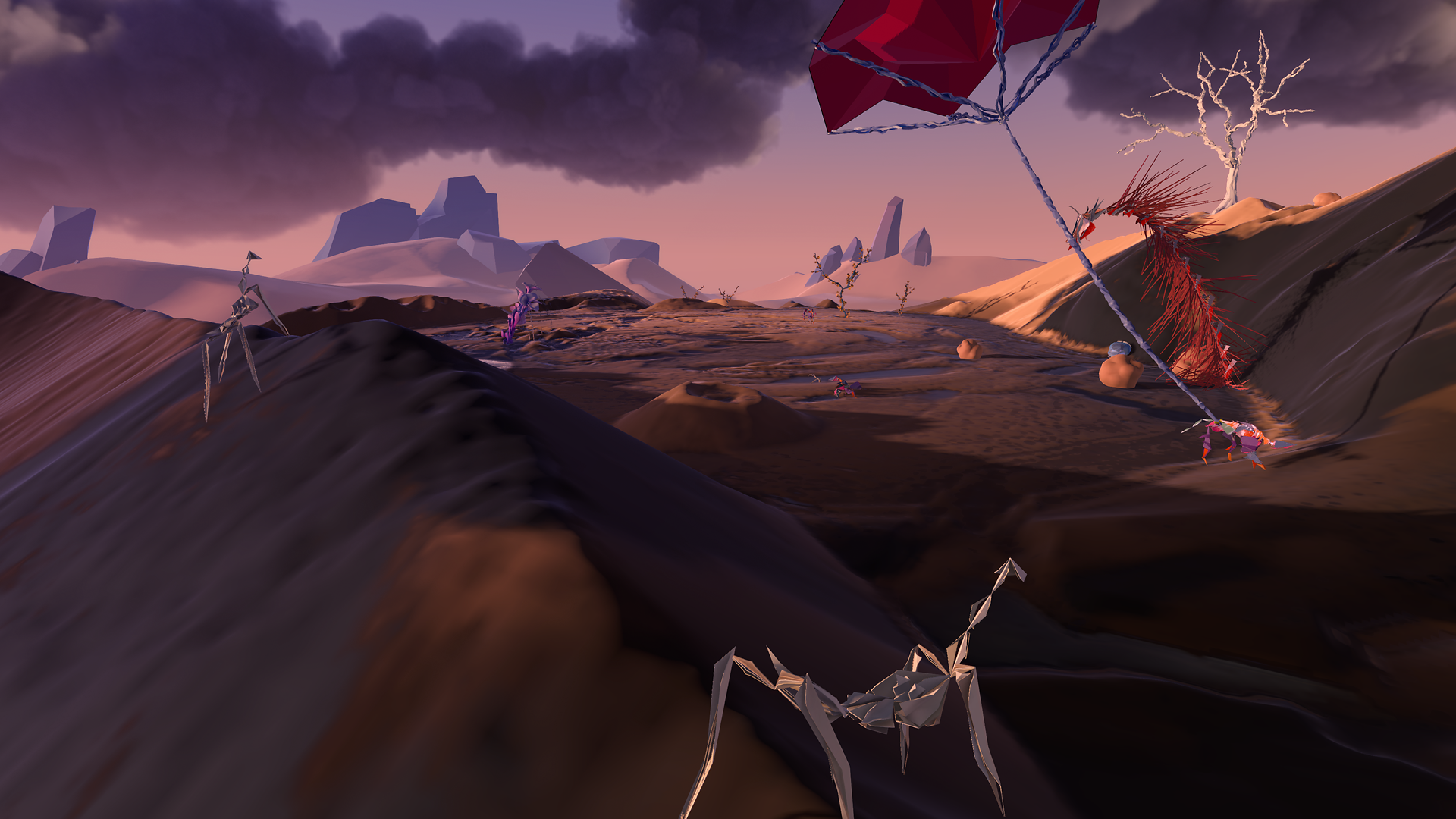 One small disappointment to Paper Beast is how things end. While there’s beauty to how the story wraps up, it doesn’t exactly explain what happened to this planet. Where the real animals went, what happened to the people, and how the origami animals came to life are still a mystery even after the end credits roll. It’s a tiny smudge on the epic experience that Pixel Reef delivers here.

Once you finish the game, players can try their hand at crafting their own world via the Sandbox mode. From adding sand and water and various creatures to even the placement of the sun, there’s a lot to customize and test to see if you can make as vivid of a realm as the developers themselves did. It does take some time to master, but those who take things slowly will no doubt discover some fun things they can do with their surroundings.

Paper Beast will find many ways to make its players drop their jaws in awe. The beautiful worlds, majestic creatures, and immersive soundtrack help to create one of the best virtual experiences you can find on the PlayStation VR. Emotional in every way, Paper Beast delivers a truly memorable virtual tale that will stay with you for years to come.