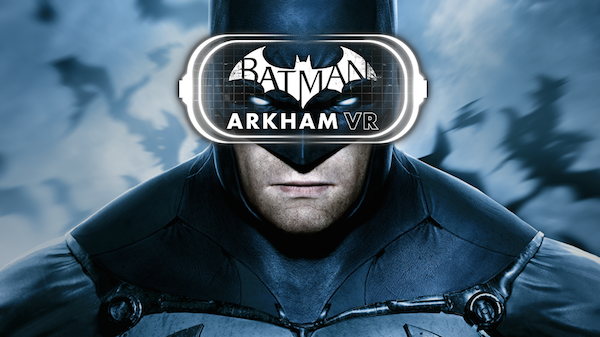 Let's face it, we've all wanted to step into the badass boots of the Dark Knight at some point. Virtual reality can finally make this possible with Batman: Arkham VR. Rocksteady, makers of the best Batman games out there, have crafted a short but sweet experience that throws you into the series and focuses on the crime-solving aspects of the series. The experience doesn't last quite long enough to be be something you'll come back to frequently, but what is there has been polished to a high shine and it will certainly be one of the first things I'll use to show off the technology to my family and friends.

This game starts off, almost immediately, with a bang by killing one of the more prominent characters in the series. The rest of the experience involves Batman trying to figure out the identity of the murderer. The whole experience plays a bit like Job Simulator, having Batman performing various tasks in specific workspaces. With the added art direction, courtesy of Rocksteady, it does an amazing job of immersing yourself in the world of Gotham City and has some impressive set-piece moments. It does have some Riddler trophies to come back for more, but don't expect a lengthy experience here.

The ninjas are in the kitchen in n...