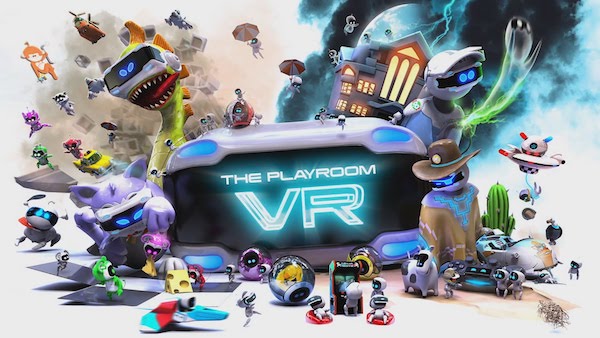 Local multiplayer is not something I would have thought to be talking about in relation to VR. When the primary player is strapping a headset onto themselves and diving into a virtual world, it's difficult to imagine others being able to play along. Thanks to the social screen and The Playroom VR, this concept has been thoroughly explored and it turns out to be a lot of fun. The Playroom VR, developed by the same folks who made the similarly-titled launch game for PS4, is a free collection of games that feature fun and clever asymmetric multiplayer. Ranging from a haunted house to a shootout in a saloon, there's plenty of variety and fun times to be had here.

Playing the various games within The Playroom VR brings me back to the asymmetric experiences from Nintendo Land. Allowing observers to assist the headset-wearing player by showing things not visible from the headset is a brilliant move that led to many laughs and lots of fun. Not every game in the collection is a winner, the cat game isn't my favorite, but most are great examples of what is possible in VR. There's even a platformer game that was surprisingly good and illustrates what could be coming down the line for the platform.