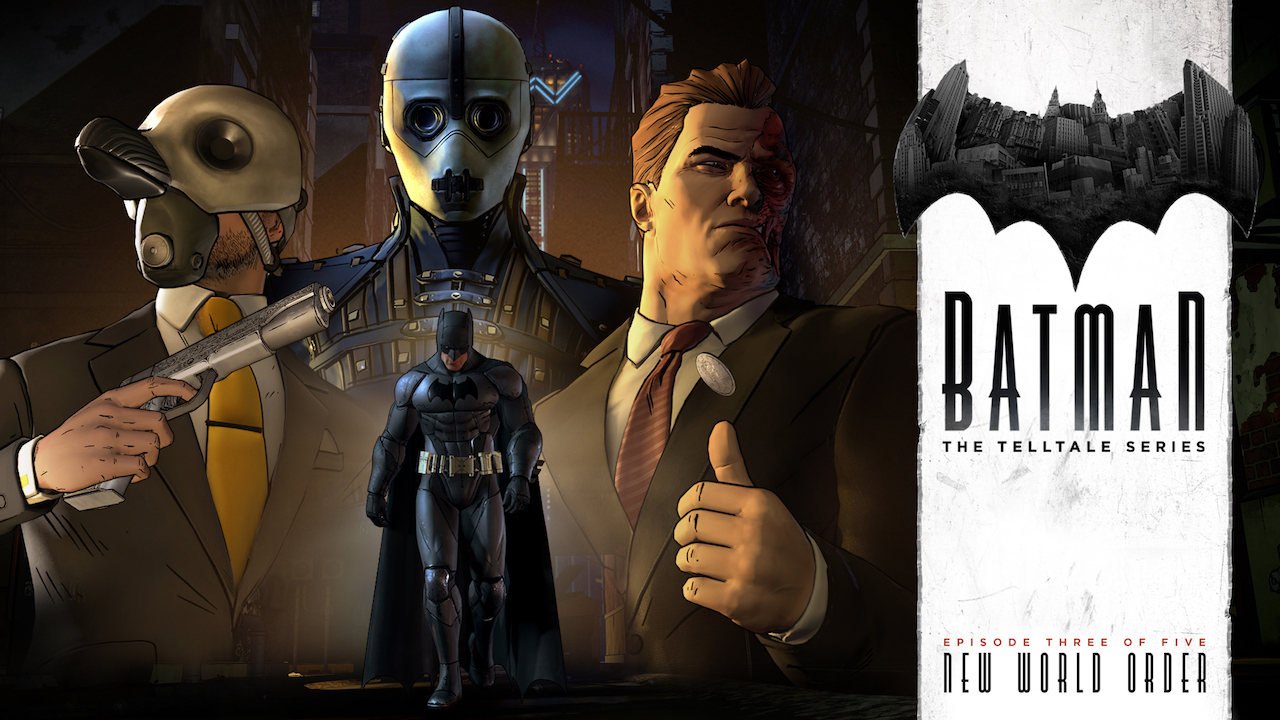 After the events of "Children of Arkham," BATMAN - The Telltale Series was keen on making its players choose between two difficult paths. In one instance I could've saved Catwoman while Harvey transformed into the iconic Two-Face, but in another Harvey would've been spared the scarring and Catwoman would've gotten hurt. I wound up choosing the latter, forcing me to wait and see what that decision lead me to.

After waiting, "New World Order" presented the outcome, and -- surprisingly -- I wasn't nipped in the bud for my choice. However, it did lead to some rather interesting character development.

Taking place a week after the events of "Children of Arkham," "New World Order" has Bruce and Batman attempting to save face and gain allies during the recent revelations involving the Wayne family past. On one hand, Gordon wants to work more closely with the Caped Crusader, even going so far as to present the iconic beacon in the sky to call him. Meanwhile, on the business side of things, Bruce is being pushed out of Wayne Enterprises and replaced with Cobblepot. When it's revealed that the Children of Arkham are plotting another attack, as they take advantage of the GCPD's intercoms and hack into the rest of Gotham. 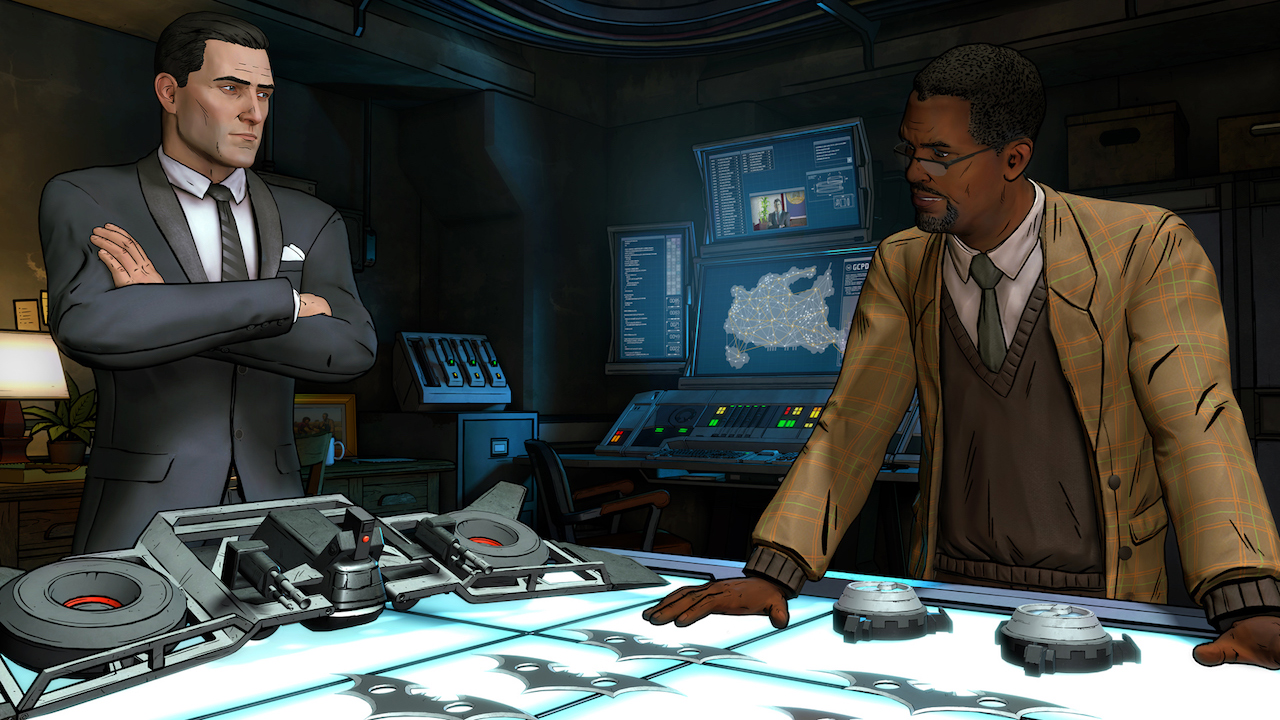 This episode was one big domino effect after another for Bruce Wayne's public persona, but the complete opposite for his masked one. While power was taken from him in one instant, power was given to him in another. It was rather interesting to see these scales of control weighing back and forth between the man that usually has things handed to him no questions asked and the vigilante that even the police can't fully trust, despite his good intentions.

Then there is the matter of Harvey Dent. Although I rescued him in my play-through, he begins to show that split personality that he tends to have. It's here where voice actor Travis Willingham shows off his chops against Troy Baker's Bruce Wayne, and when the two go at it, the tension rises greatly. You have no idea what sort of route that Telltale Games has planned for Dent, but whatever they're cooking, it's sure to be a real firestorm. 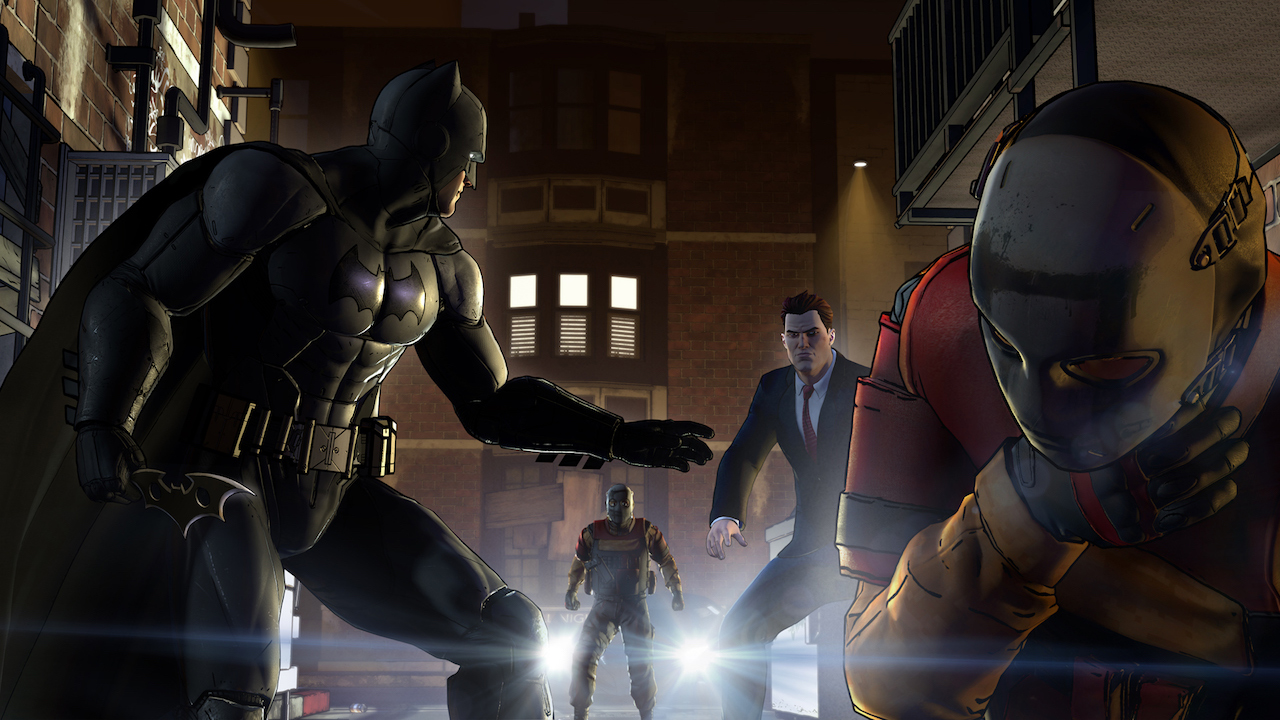 Unfortunately, "New World Order" suffered a bit story-wise whenever Dent wasn't in the picture. While I did appreciate the progress made with the Batman/Catwoman chemistry, the moments kinda dragged on a bit until it got to the juicy bits (well, depending on which route you took). The same can be said regarding the Cobblepot scenes, which took the villain-conquers-hero route in a rather forceful manner. While it had a cool aspect or two, it just lacked the intensity that the past two episodes were filled with.

Lastly, there was the investigation aspect, which went by rather quickly compared to the previous chapters. There wasn't as much of a challenge to link clues and objects together to build up what the Children of Arkham were crafting, and while the battle sequence afterwards was a nice payoff, it felt like the progression flag went up too quickly to make it seem memorable. A shame, considering these moments brought Batman back to his roots as a crime-fighting detective. 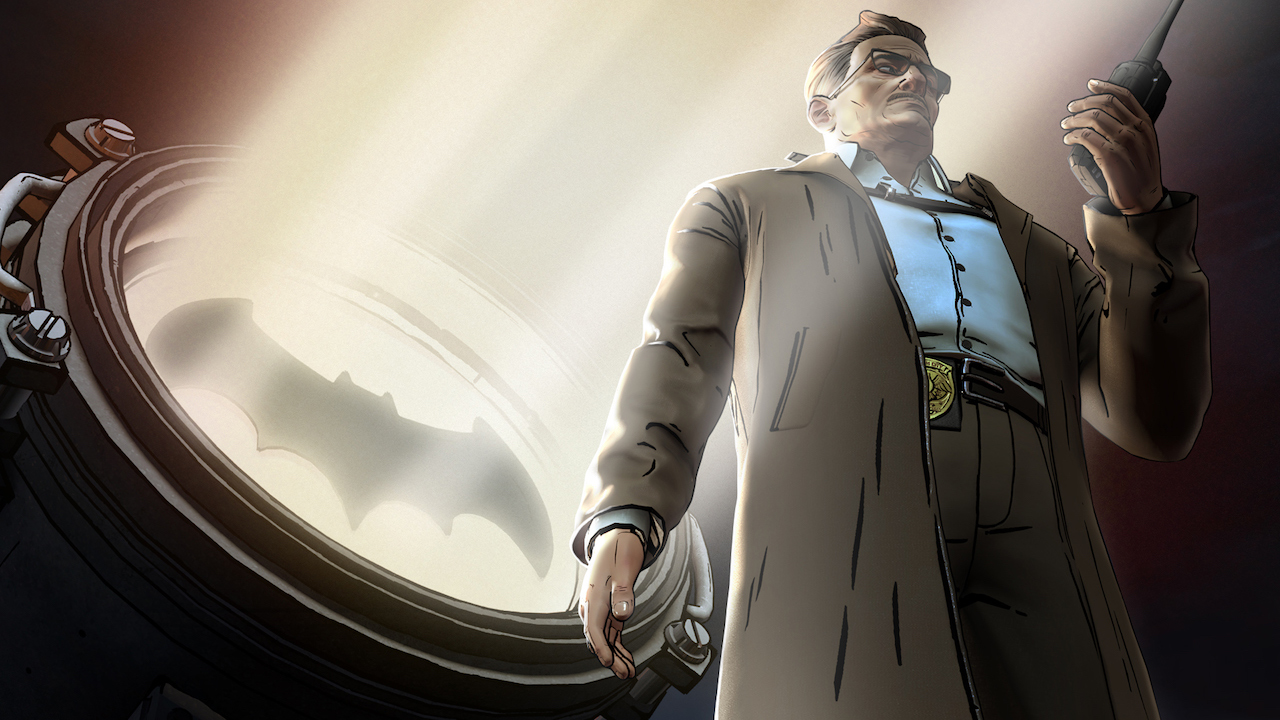 However, one cannot overlook the fact that "New World Order" delivered some great twists, especially towards the end. As the two-hour episode winded down, you are treated to some unexpected plot devices that make you wonder who you can really trust in Gotham. Needless to say, despite the chapter's weaker moments, it still found ways to keep you drawn in to what was happening to Bruce Wayne's world.

"New World Order" set things up for the Dark Knight to be placed under the foot of Gotham's crime and elite. Considering where Bruce is being sent in the next episode, things are going to take a rather interesting turn for the lives of many. Although it had its slow moments, this Batman series is still shaping to be one of Telltale's better adaptations.

Promotional consideration provided by Telltale Games. Played on the Xbox One.