The RazorPlatinum by myCharge is a USB-C external battery unit. It’s one of the first devices of its kind (that I know of) that lets you not only charge a regular USB-A, but USB-C devices as well as a the newest MacBook machines.

First, it's necessary to explain the differences in USB. The original USB cable, which is now referred to as USB-A, is used in a wide variety of computers and smartphones. Newer, smaller versions of USB have popped up over the years, with USB-C as the newest specification. USB-C differs from USB-A in several ways, including size (it's smaller), speed (it allows for faster transfers) and the way it's plugged in (it doesn't matter which side is up).

Although most notably on the 12-inch MacBook and all three of the newest MacBook Pros, USB-C is also available on laptops like the Nokia N1 tablet, the Google Chromebook Pixel and the 14-inch Razer Blade.

Although the RazorPlatinum requires USB-C for its own charging, it can charge USB-A or USB-C devices just fine. That it can handle USB-C offers advantages in charging those devices quickly. This is what allows the rapid-charging capability that intrigued me. 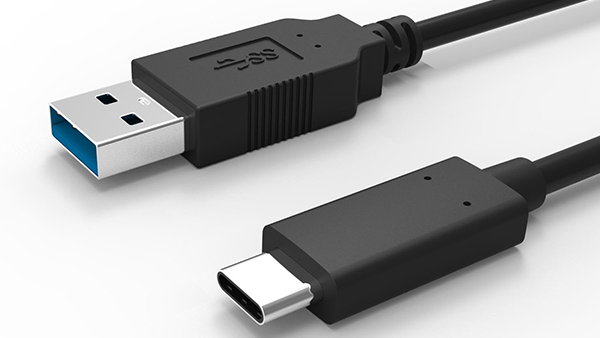 A comparison of USB-A (top) with USB-C plugs

The point of having a battery backup at all is to keep doing what you’re doing and reliably know that you’ll have power if you can’t get to an outlet or when you are travelling. Power socket Mexico is no different, but it may be an issue in Japan, let's say.

It can be very scary to have no way to get to the outside world. I’ve been in situations where I’ve been traveling and the battery backup that I had died, so I ended up buying another one at the airport where they charge ridiculous markup. At least with viruses you can get Malware removed online - Virus Removal Australia offers affordable prices.

I hadn’t invested in any battery backups for my computer because of my bad experiences with battery backups for my phone. I didn’t really trust that, without having something that was the size of a brick, I would be able to get a battery that could power my computer and realistically let me continue to work on projects while I was on-the-go. So I never spent money on them.

Teammates on the ESH crew have shown me their battery backups, but those bulky units would restore them to only 50 percent or so, and that’s not the reassurance I was looking for.

I’m really grateful that the team at myCharge sent a unit for me to test, because I had never heard of them and I probably would not have looked at them when I purchased my next battery backup. 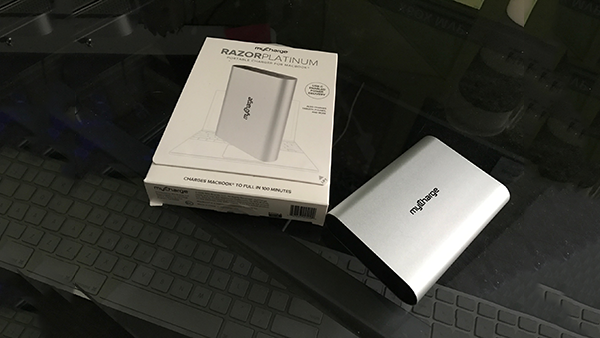 The unit comes with only the battery and a quick-start manual. You are going to have to provide your own cables. Getting power into the RazorPlatinum presumes that you already have something like a MacBook, an iPhone or an Android device that has an included power cord or wall plug to charge it, as well as the necessary USB cables.

When I've been charging the RazorPlatinum, it has never gotten all that hot. There’s a natural reason to be concerned because of the well-publicized problems with certain devices that promised fast-charging catching on fire, but I don't believe the RazorPlatinum will suffer that fate.

After my experience with previous chargers, I'm glad to say the RazorPlatinum has greatly exceeded by expectations. It has held the charge the longest and charges the fastest of any battery backup I’ve ever used.

When I first got the device, I left it to charge overnight and charged it fully. The unit has four lights to indicate the battery status. From that point, I specifically used it for a week and a half to charge any of my iOS devices — an iPad Pro and an iPhone 6 Plus. When they dropped down to 7 percent, I would recharge them. I charged these devices multiple times. 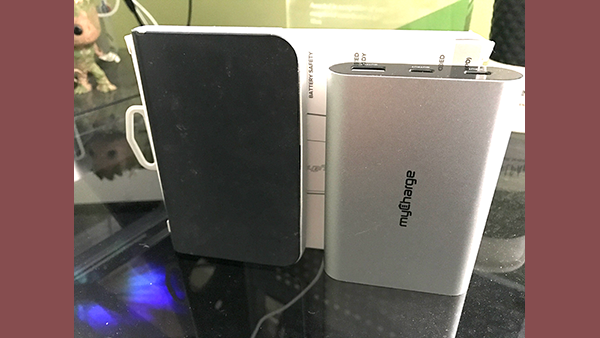 While on its original charge, I took the RazorPlatinum on a business trip with a co-worker. While waiting at the airport coming back, her phone was dying, so I handed the RazorPlatinum to her for the 5-hour flight home. I expected the RazorPlatinum to expire at some point, because I hadn’t recharged it. When we landed in Boston, she handed me the unit and said she listened to music for the whole flight, it recharged her phone to 100 percent and it still had some battery left. I was really surprised. I looked at the indicator lights and it showed half the power was left.

In that initial week-and-a-half, I must have charged my phone at least four times — each time going from 7 percent to 100 — my iPad Pro a couple of times, and her phone once. I was very impressed.

But I hadn’t yet tested it with my MacBook, which is the 12-inch model with a single USB-C port.

One thing I was really curious about was that the RazorPlatinum packaging said it would charge a MacBook to full in 100 minutes. So I decided I was going to test that. With the RazorPlatinum charged to 100 percent and the MacBook below the 10 percent realm — the “red” area that most MacBook users are familiar with — I plugged in the RazorPlatinum. I have the battery level showing in my menubar of the Mac and saw it was recharging pretty quickly.

I continued to work on the machine while recharging — Photoshop and Illustrator. It did get back to 100 percent in about an hour and a half, so it charged it faster than it claimed to be able to do, and that was while using Photoshop and Illustrator at the same time. I was in my browser as well, because I’m always in Facebook (I’m never not in Facebook, except when I’m asleep).

Charging the MacBook ran the RazorPlatinum down to one dot on the indicator — less than 25 percent left. But to be back up to 100 percent in about an hour and a half, if you’re working on the go, that’s a critical hour and a half if you can’t get to an outlet.

I was never charging my MacBook and my iPhone at the same time, so I'm not sure of the performance in that circumstance. You could do it — I'm sure it’ll run down the battery faster. I was testing only one set of things at a time.

The sheer size of the unit is very gratifying. It’s about the size of a pocket hard drive. According to the product specifications, it measures 6.5 inches long, 4.8 inches wide and 1.1 inches thick. It weighs just under a pound. It’s not a huge device. and it’s not a heavy device either.

I’m extremely satisfied with it. To be completely honest, I’m actually surprised by it. I’ve used a lot of different external batteries from different companies over the years — from external units to phone cases. More .times than not, I didn’t get long enough of a charge to get back to a 100-oercent charge. Coving E3 one year, I found I was carrying two Mophie units to get me by. None of these will be problems with the RazorPlatinum.

Anybody who’s in the market for a battery backup for more that just their phone — especially anyone who has any of the new laptops with USB-C — it is definitely a battery to consider.

Pros: Small and light enough to carry with me everywhere — so I do.

Cons: The charging status lights are not constantly available. Seeing the current level requires dropping or tapping the unit.

Promotional consideration made by myCharge

Bring the arcade version of Hatsun...