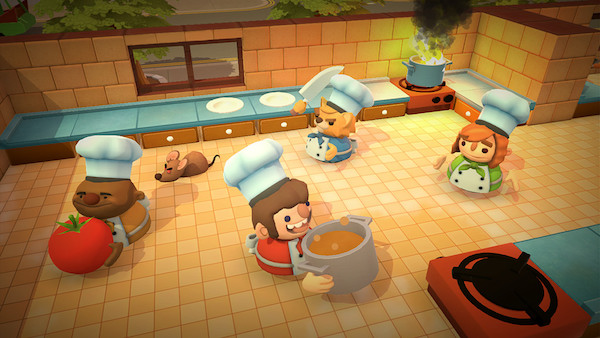 Cooking games that require multitasking are amongst the most addictive out there. Often including keeping a million things in your brain at once, it's easy to wish you had someone there to help out. This is the exact experience Overcooked: Gourmet Edition looks to offer. Sporting a hilariously wacky story and the most intense co-op gameplay around, this is one you'll want to check out and make sure to bring a friend.

As with most games, Overcooked starts off with the apocalypse. Wait, maybe I'm just thinking of Darksiders. At any rate, Overcooked immediately show off its quirky humor with a giant spaghetti monster causing the end of the world. As a master chef, it's your job to satiate the beast in order to save the Onion Kingdom. Naturally, as you are not yet fit to save the world, you leap through a time portal and thus begins the main game. This unique sense of humor is peppered throughout and adds some much-appreciated character to what could easily have been a more straightforward cooking game. 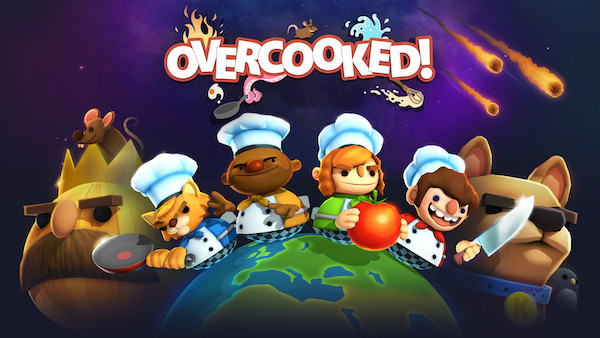 Technically, it's possible to play Overcooked by yourself. I gave it my best shot, but you're still required to have at least two cooks in that kitchen and controlling both is pretty difficult. Hats off to anyone who is able to split their brain like that, but it's not a talent of mine. Cooperation in Overcooked is essential as the game throws all sorts of complications at your way as you try to put together some fairly simple dishes. The base controls for the game are pretty simple: You can walk, carry and interact with objects in the kitchen. One glaring omission from the game is the ability to move your character with the directional pad. While I can understand wanting to map controls to be able use one controller for two characters, I don't see any reason why they couldn't have added d-pad support for a two-controller game.

Most of the recipes are simple enough, starting you off with soup that just needs three of the same ingredients. Similarly, the first few kitchens in the game ease you into the experience, but it quickly gets crazy. One level you might find yourself dodging pedestrians and the next tossing a cooked hamburger bun from one moving food truck to another. The fun of Overcooked is that there's a huge amount of variety in what you might be dealing with from level to level. Learning to cope with each new twist, especially with a friend, is great as long as you take it slow. 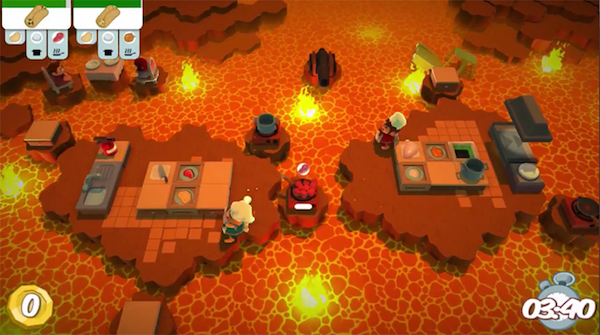 If I haven't made this clear yet, let me do so now: Overcooked is a very difficult game. Even with a partner, it takes a huge amount of concentration and memory to continually put out completed dishes. I don't consider myself a slouch in those departments, but by the end of an extended play session I could practically smell the smoke coming out of my ears. This works very well in small doses, but I can't recommend extended play sessions with the game as it can be overwhelming. It's certainly not enough to detract majorly from the overall game, but it does take a little practice to get good enough to advance all the way through the campaign. 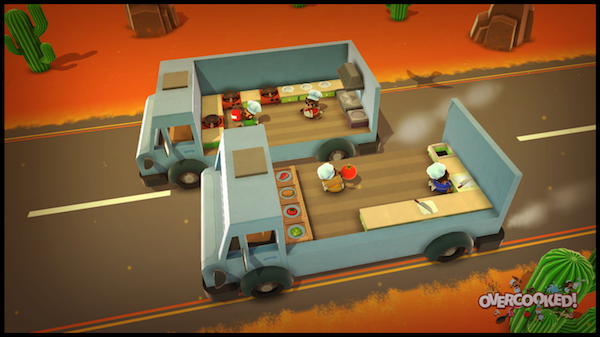 Perfect to play with a good friend, Overcooked: Gourmet Edition is a fantastic co-op experience. Leading right out of the gate with its goofy sense of humor and not holding back with its difficulty, this is one cooking game worth gobbling up. The Gourmet Edition version of the game comes with the DLC packed in as well, but make sure you complete the main campaign before hopping into that extra content. You can cook up a storm and save the world with Overcooked: Gourmet Edition today for the PC, PS4 and Xbox One.