If the Sniper Elite series has taught me one thing, it's the art of patience. Unlike the fast-paced series that Activision and EA Games push out annually, Rebellion's war-shooter is all about asserting your target and concentrating on the kill. Go into a Nazi camp site all guns blazing, and you'll be filled with more holes than a Tex Avery-animated cowboy. It's this sort of precise mentality that helps Rebellion win my respect every time they release a new chapter in the series.

This leads me to Sniper Elite 4, which drops sniper Karl Fairburne into Italy in 1943. Tasked with helping an Italian resistance, Karl sets out to do what he does best: kill some Nazis and grab some intel. With the aid of Sofia the Angel, the rebellion against the Nazi forces becomes both easier and tougher for our sniper, as he's assigned quite the to-do list when he dives into a mission. No matter, as it gives Karl the chance to add more bruises to the Third Reich's reputation. 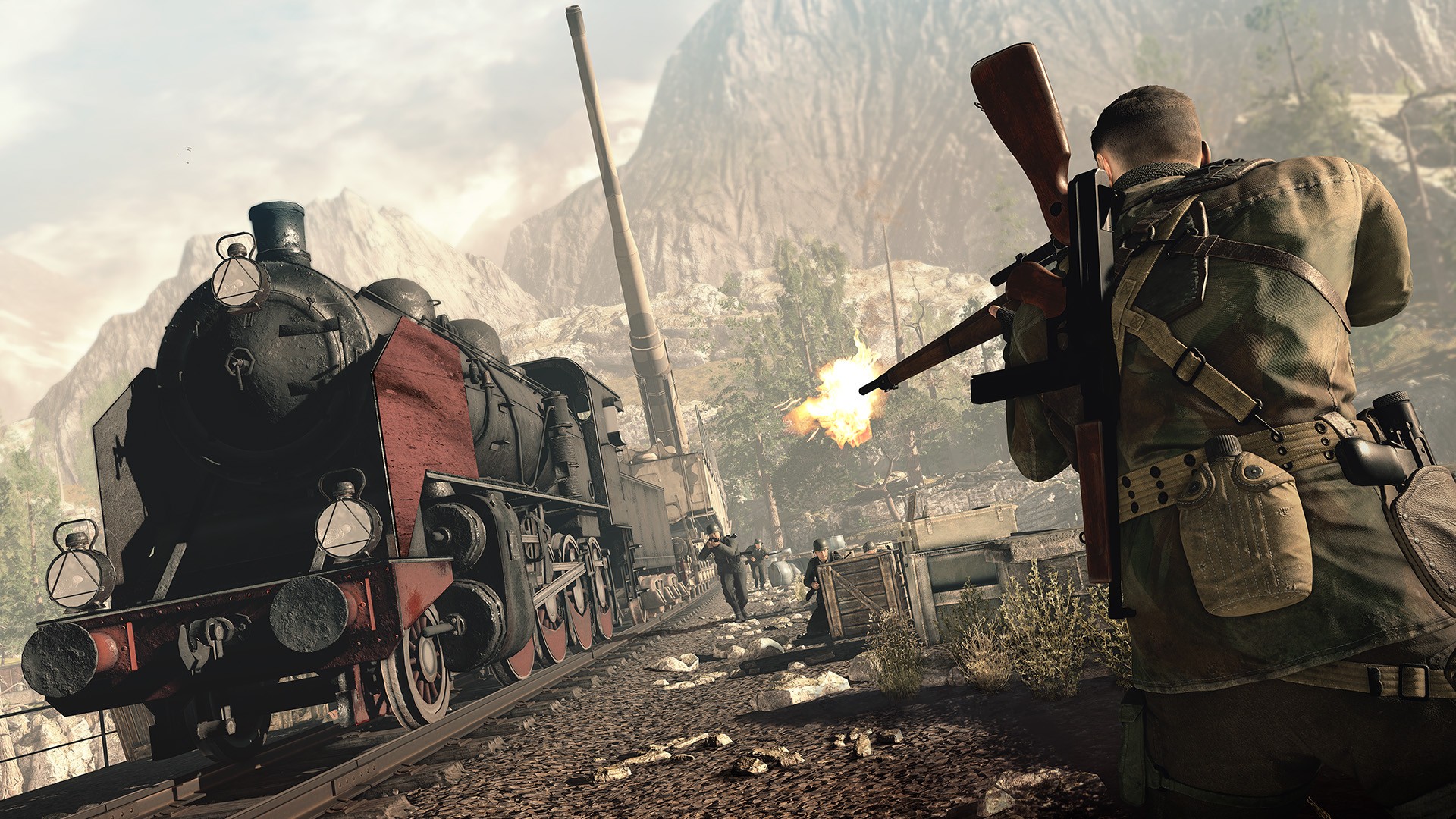 Once you start a mission, it's always best to assess your surroundings. On many occasions you might find yourself seemingly on your lonesome, when it turns out that might not be the case. Nazi soldiers are everywhere, and Rebellion made them far smarter than ever before. They can spot you easier when out in the open, and can even tune in to their surroundings to hear if you are close by. This, in turn, forces players to take their time with both the missions at hand and their shooting skills. Screw up on a shot, and be prepared to have bullets & bombs rain upon your location.

It's because of this aspect that makes Sniper Elite 4 such a strategic powerhouse. Putting a bullet into the brain, chest, or testicle of a Nazi soldier takes more than just aiming and pulling the trigger. You'll need to be on the lookout for other enemies, listen in for loud noises that'll help drown out your shot, and even be careful when you hide. Don't be surprised when you find yourself spending 5-10 minutes hiding in plain sight and attempting to take out nearby soldiers with a stealth kill. 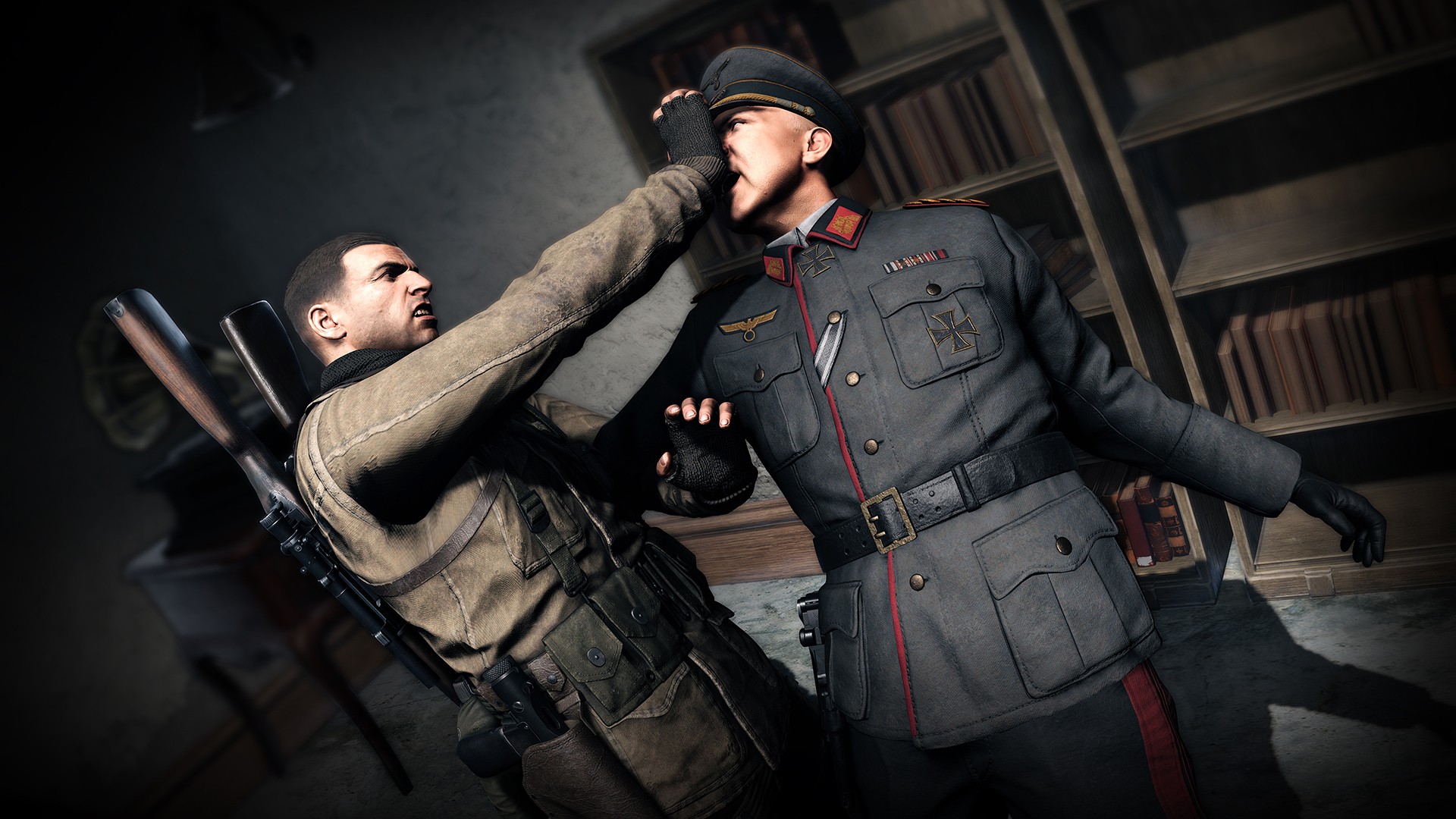 This is what makes Rebellion's Sniper Elite series such a joy to experience. Yes, it's doesn't give us epic explosions every couple minutes like your average Michael Bay-produced blockbuster. However, the way my heart pounded after each shot taken or whenever I needed to quietly hide from nearby enemies is unlike any sort of feeling I get from the other recent war-based games. It's a sort of realistic tension that exists here that others seem to have trouble emulating that keeps every chapter in this series close to my heart.

Whenever I dove into a level, I knew that I would have my work cut out for me. I found myself spending roughly 2-3 hours in each level as I attempted to complete the main and side-missions given to Fairburne before the start of it all. (I've honestly played full games that were shorter than one of these campaigns.) Using both my gun skills and the environment around me, I calculated what the best task would be in regards to taking out the enemy soldiers and properly completing my mission. 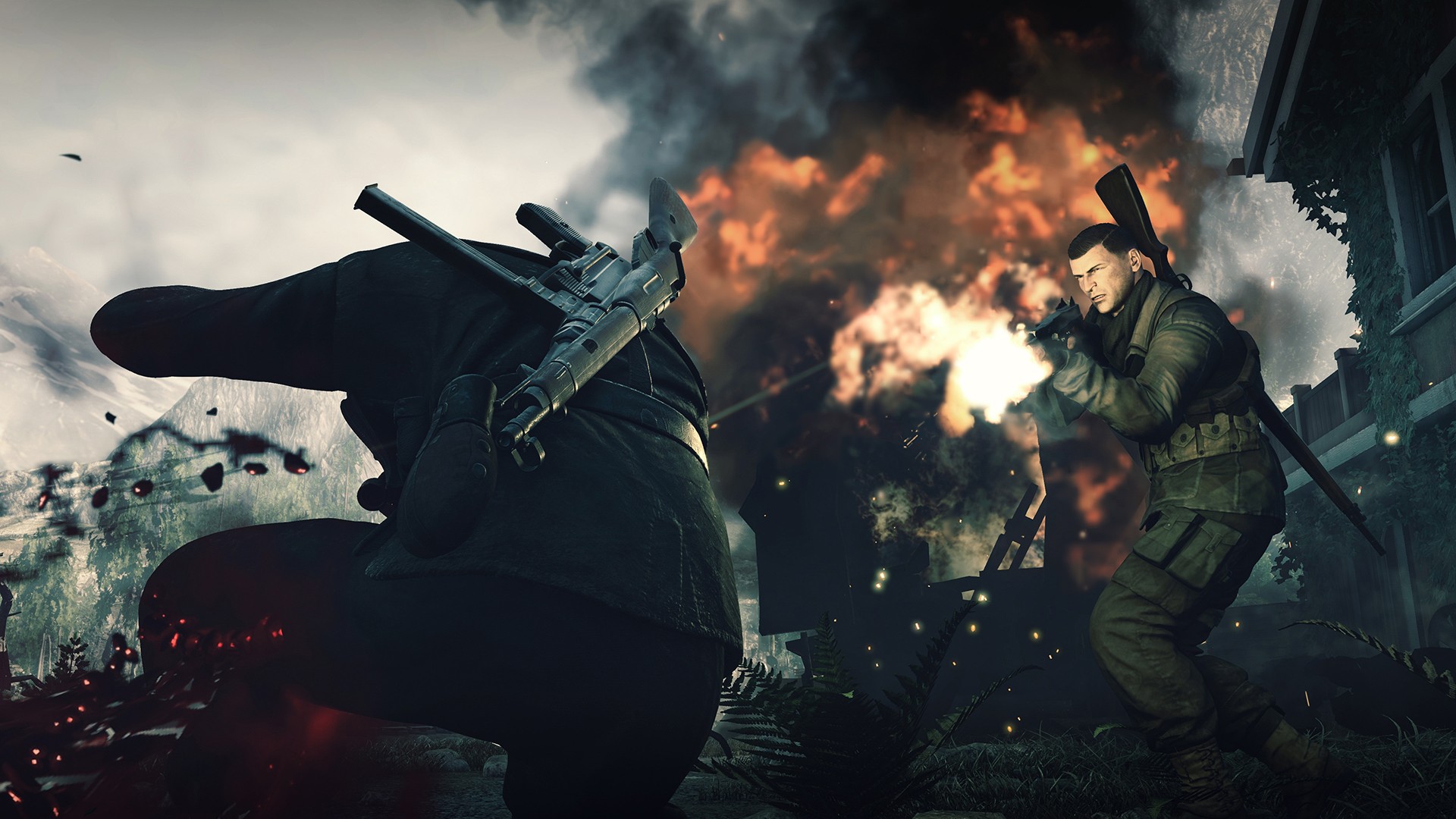 Environmental hazards are one of the juiciest aspects Sniper Elite 4 has to offer. A red barrel, a hanging crane of steel and plywood, and even a nearby car can help spell death to one or quite a few Nazi soldiers. It's when you pull the trigger when you are given quite the show to bear witness to. Believe me when I say that it never gets tiresome seeing enemies being blown to smithereens!

The trademark of the Sniper Elite series is also still fun to watch unfold, as X-Ray kills show off the level of the damage you've given to an unlucky soldier. Watching as bones shatter, cartilage implodes, and hearts, lungs, & even testicles pop is like the game hitting that sweet spot every single time. It's that level of detail that keeps myself and others coming back to more, almost as if we're making a game of who can make the sickest kill occur. (Take note, MLG: we kinda want you to do this.) 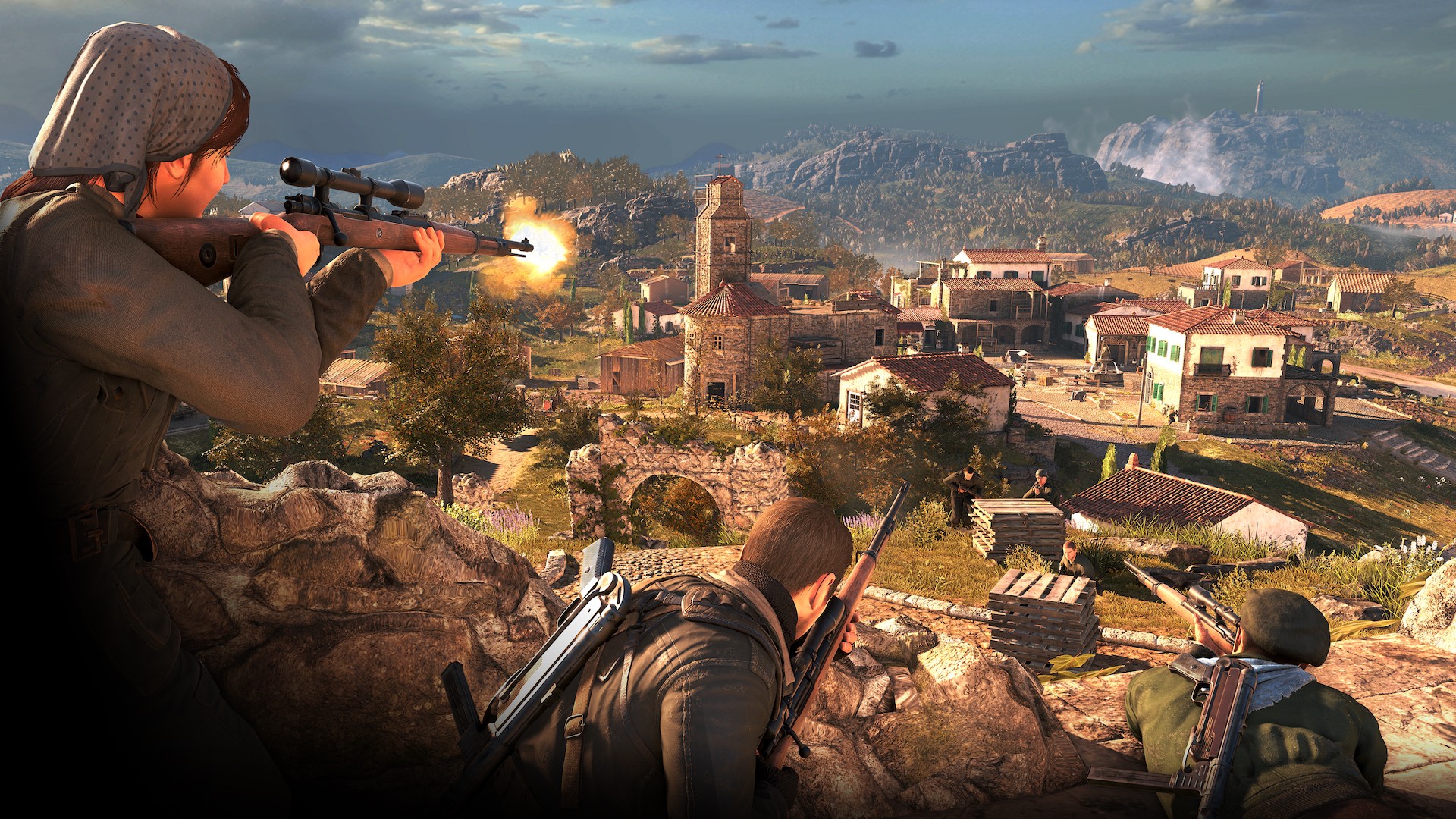 While the kills and worlds look great, I cannot help but notice that the character models haven't aged as gracefully. Although I can see there is a big difference between the third and fourth incarnations, Fairburne and the rest of the crew & enemies seem to be stuck somewhere in-between a last and current-gen visual appearance. Maybe I'm just nitpicking here, but I found myself raising an eyebrow whenever I saw Fairburne chat with the characters, and their mouths moved rather stiffly.

Sniper Elite 4's control scheme has been overhauled in all the right areas. Playing with an Xbox One controller, I never had to fear about having a finger slip too soon during an intensive takedown. Even as I'm frantically running away from enemy fire, I found switching between weapons and items to be far smoother than in the previous game. The only minor complaint I had was how you implement running, as I often accidentally pushed too hard on the left stick to implement it, only to find myself face-to-face with Nazis who greeted me with bullets and loud German obscenities. 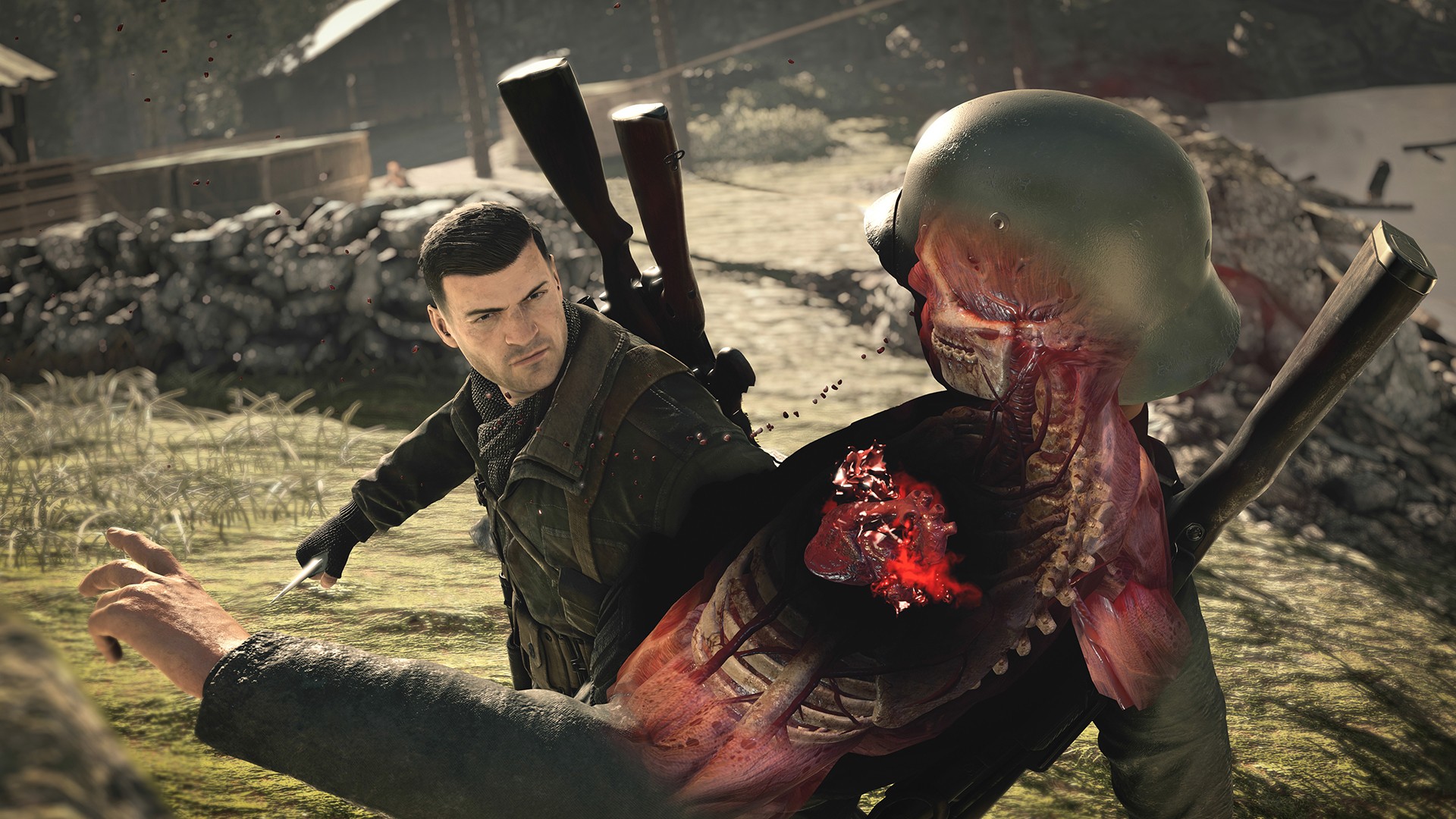 Game completion time depends on both your skills and your attention to all the tasks at hand. If you find yourself only focused on the main objectives, you can probably beat Sniper Elite 4 in about 13-14 hours with good rifle skills. However if you're like me and wish to explore and take on all the enemies and side-quests in each level, prepare to spend 20-25 hours trying to accomplish it all.

This also doesn't include the co-op modes the game features, where you can play the entire single-player mode with up to three friends. With a couple allies there to help you out, you'll be able to split up tasks and side-missions so as to get more done in a shorter amount of time. Multiplayer modes can be fun, but -- and I can't believe I'm about to write this -- they lack the frenzied fun of the other AAA shooters out there. If you can find a couple friends itching to do some good strategic shooting, then that's fantastic. Otherwise, those looking for some speedier battles may wanna settle for either Battlefield 1 or Splatoon. 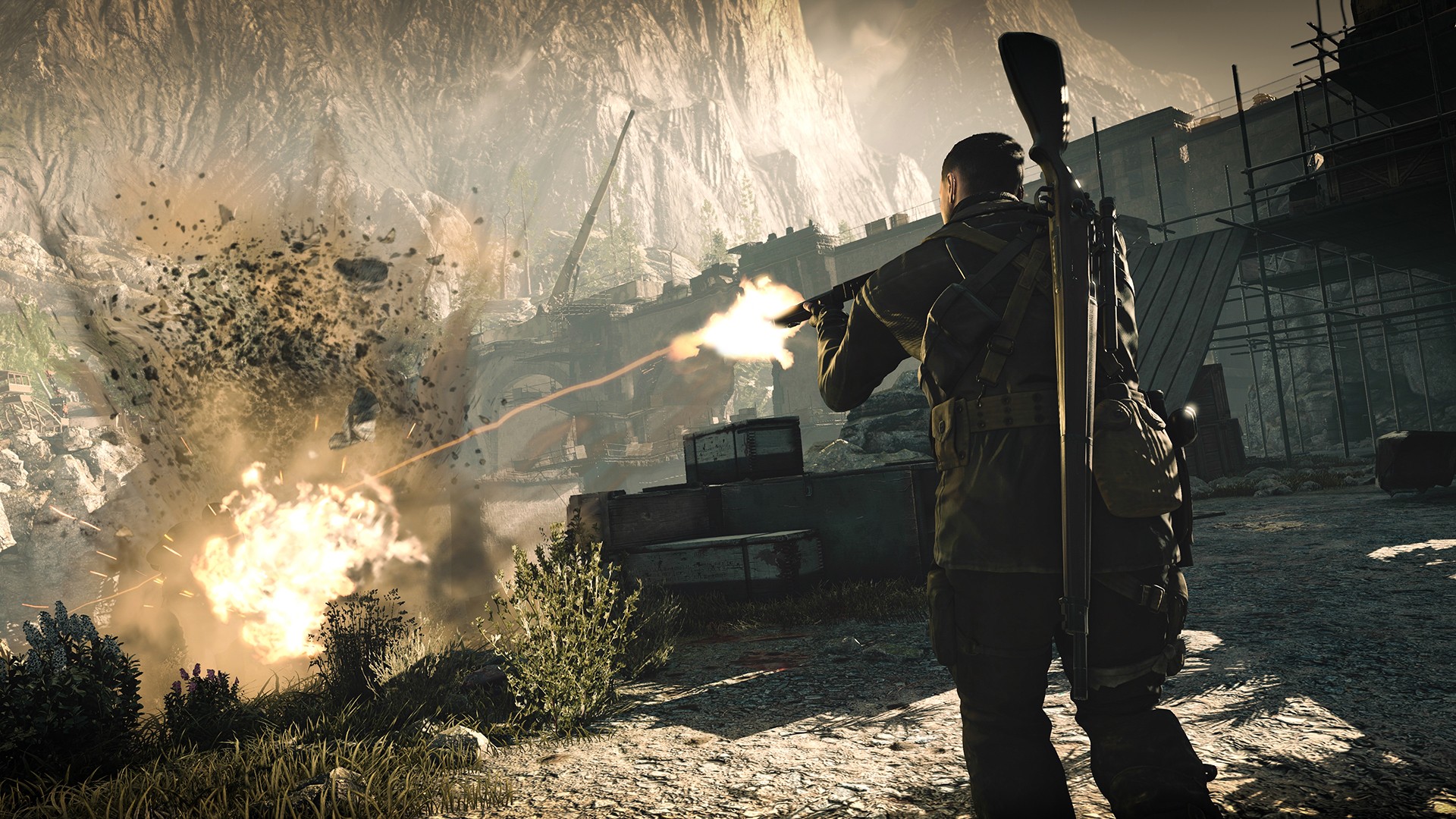 However, Survival mode is where you're more than likely gonna wanna tag your friends along for a wild ride. Lasting up to twelve waves, up to four people can use their skills and surroundings to take out tougher Nazi opponents as the mode progresses. It's a whole new level of fast in the Sniper Elite realm, where you'll have to take out enemies while protecting your supplies from them both below and above your vicinity. Lose your supplies, and you'll soon find yourselves scavenging for whatever you can get your hands on to make it to the next round. While not competitive point-wise, it is when it comes to whoever can gather as many items as quickly as possible.

Rebellion's Sniper Elite continues to be a shining beacon of war-based gameplay & storytelling, and the fourth in the series improves on all these in ways we thought weren't possible. With its long campaigns, detailed kill shots, and some pretty fun co-op modes, Sniper Elite 4 is one World War II-based adventure worth diving headfirst into. If you are in need of a strategic shooter that's got both brains and brawn, then this game is exactly what you're looking for.

Promotional consideration provided by Dashaun Gasque of Wonacott Communications, LLC. Reviewed on the Xbox One.

Resident Evil 7 brings back the bi...