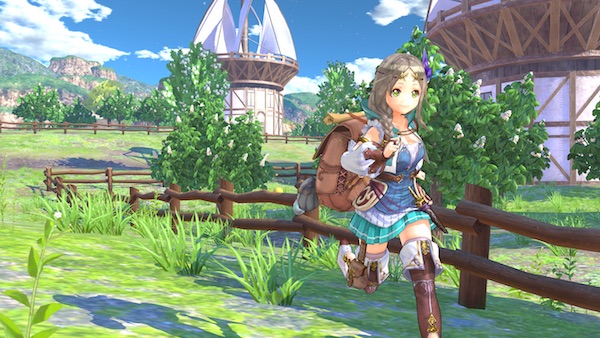 GAME REVIEW | Atelier Firis: The Alchemist and the Mysterious Journey

Alchemy has always seemed like one of those concepts that transfers into the world of RPGs perfectly. Gathering resources and turning them into equipment, medicine and other useful items is a perfect fit for both the gameplay and fantastical settings of these games. The Atelier series has been around for quite a while proving this concept with some fun and creative JRPGs. I personally hadn't played any of the previous entries in the series before, but as a player who has partaken in many through the years, I was excited to give this series a try. Atelier Firis: The Alchemist and the Mysterious Journey certainly has a lot going on, with several very interesting qualities I haven't seen elsewhere, but isn't particularly friendly to new players.

Starting off as the titular character, Firis Mistlud, you start the game in the underground village of Ertona. Firis has the uncommon ability to find and mine ore without the use of a pickaxe, so she is invaluable to the town. One day, an alchemist named Sophie, yes this is the protagonist from the previous game, visits Ertona and shows her the power of alchemy. Firis longs to see the outside world, but can't because of all of the dangerous monsters out there. Discovering she has a knack for alchemy, Firis strikes up a deal that if she can pass the alchemy licensing exam in the faraway city of Reisenberg within a year, she will be allowed to go anywhere she pleases. 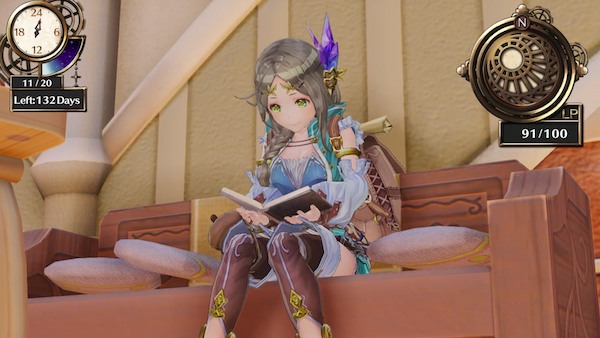 This brings me to the first interesting mechanic in this game: the time limit. Everything you do in Atelier Firis takes up some time and you must complete your main quest before the year on in-game time has expired. I like the extra urgency and strategy this imparts on the game. Every step of the way, you need to ask yourself if doing certain side missions or grinding EXP is worth the extra time it'll take to complete. I also very easily get side-tracked in games like Atelier Firis and appreciate something like a time limit reminding me to keep moving forward and maybe not picking up literally one million rocks for no reason.

Nitpicking is not my favorite thing to do, but there are enough things here that I'm just going to hit them rapid fire and then we can move back to positive things. Atelier Firis: The Alchemist and the Mysterious Journey is a bad subtitle. The journey doesn't feel particularly mysterious in the context of the game and it is quite a mouthful to say. The characters in Atelier Firis can be a little insufferable as well. Firis herself doesn't appear to have much of a middle ground and is either ecstatic or pitching a hissy-fit at all times. Liane, Firis' sister, has a startlingly codependent relationship with Firis and constantly complements her on how cute she is currently looking. I could continue, suffice to say that many of the characters are fairly flat, but I'd like to get back to things I like. 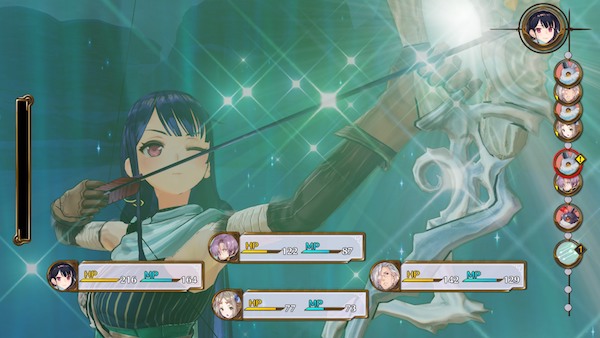 If you, like me, enjoy picking up every single thing in existence in games, the alchemy system in Atelier Firis is for you. There are materials littered all over the world that can be picked up and then combined together into useful items like bombs or armor. The more junk you pick up off the ground the better as many alchemy recipes require quite a few items. As you're synthesizing your items, it also allows you to place groups of blocks on a grid to add new attributes and improve the overall quality of your items. This feature scratches both the collector and puzzle itch in me. Atelier Firis focuses on this aspect quite a bit, with certain sections requiring a large amount of just alchemy to progress. This does slow down the pacing a bit too much in some places, particularly for me in a section where you need to build a fortified ship.

If you're wondering why I haven't even gotten to the combat yet, it's because that's how much of an afterthought if feels like in Atelier Firis. Don't get me wrong, I'm not saying that it is bad, necessarily, but it's just a little basic for my taste. It's a fairly simple turn-based battle system with a few twists. First off, since everyone wants to protect her so bad, almost any time Firis is attacked, you can choose another character to jump in and defend the assault. Otherwise, Firis is mainly meant to use bombs that she has created in battle, though she does have some special abilities. Since all of your gear can be created with alchemy, you can tailor them to the abilities you want for your heroes. Aside from all that, it's a pretty standard turn-based system that works fine, but isn't terribly exciting. 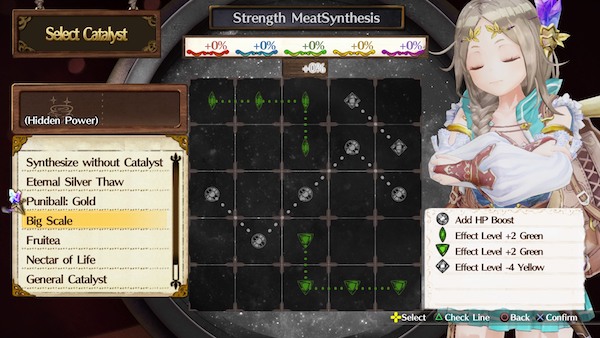 One of the biggest challenges when jumping into a new series, like I did with Atelier Firis, is learning all of the things the series might expect you to already know. This is one aspect where Atelier Firis doesn't really do you any favors. Any time something new comes up, there is a quick tutorial and then it sends you straight back into the action. There are longer tutorials that can be accessed, but it really expects you to know a few things without much hand-holding. The one that vexed me for a while was recruiting new party members. I had completed a quest to get someone new and they mentioned joining up. So, I was excited to have a new party member, but then they vanished without a trace. After a bit of research, I figured out that you have to grab them from a tavern in order to add them to your party. 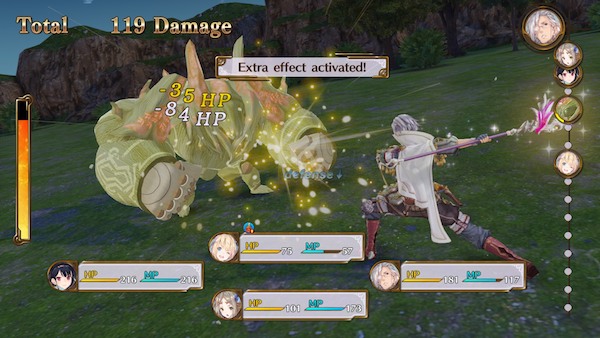 There is a lot to like about Atelier Firis, with the alchemy feeling pretty satisfying and the time limit adding some much-needed urgency to the story. At the same time, it does stumble in a number of areas. Coming in as my first title in the series, it feels like many of the more complex mechanics have been iterated on from the past, so fans will be able to jump in much more easily. Atelier Firis: The Alchemist and the Mysterious Journey is available now for the PC, PS4 and PS Vita.