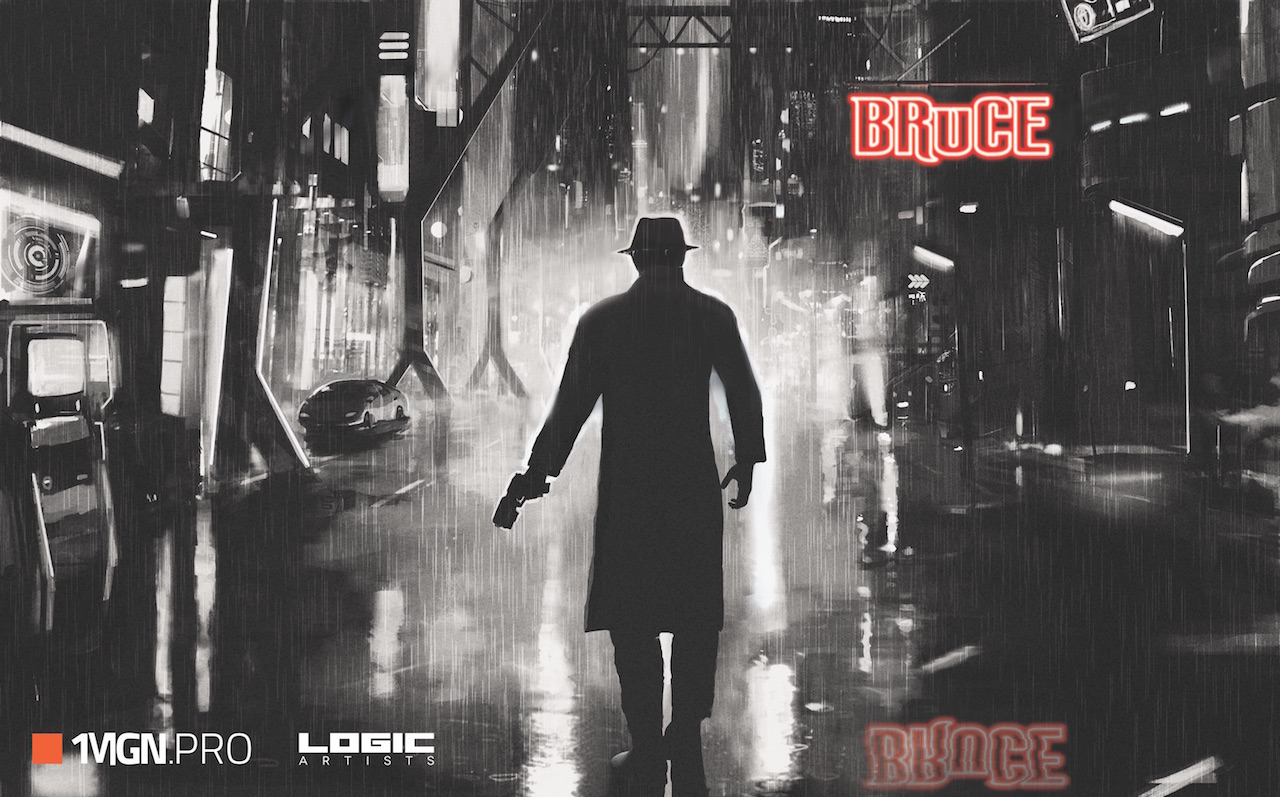 Roaming the cyberpunk noir realm of Bruce, I got a vibe that had 1930s pulp comics and 1980s-styled dystopian cyberpunk clunking their heads together to create a grim story. As a fan of the classic detective story with over-exaggerated narration, IMGN.PRO's mere concept of this game had me right at the get-go. It's when I dove deeper into its side-scrolling wanderlust that left me wanting to see what was next on the horizon.

During my PAX East demo, I was given the opportunity to experience a greyed-out sneak peek into the world of Bruce. Crouching and diving through the backdrop of sex, sleaze, and lost dreams, I found myself dealing with solving quick puzzles, taking out enemies, and discovering new powers that I could hone to reach my destination. As I grabbed power-ups via golden-glowed chambers, my tasks for taking out enemies (or even sneaking past them) became all the more easier thanks to some much-needed hacking skills, invisibility, and the ability to slow down time.

Of course, these sorts of powers aren't all you're gonna need to get to the bottom of this mess. Using some quick gun skills and hand-to-hand combat, you'll also be facing off against some trigger-happy enemies and massive goons that look to keep your mission from being completed. Although it takes quite a few bullets to keep them down, the strategy aspect of duck-and-cover makes it even more challenging to get past even the most frail of baddies. (I found myself messing up in one instance, resulting in what looked to be a very painful death.)

With the twenty minutes that I spent playing the demo, Bruce is looking to be taking on the noir genre with a sense of maturity and attitude. Whatever may be waiting for me after that elevator ride down remains to be seen, but one thing's for certain: it's got me hooked into seeing what's hiding in these neon-blasted alleyways.

Bruce is due for PCs and consoles later in 2017.