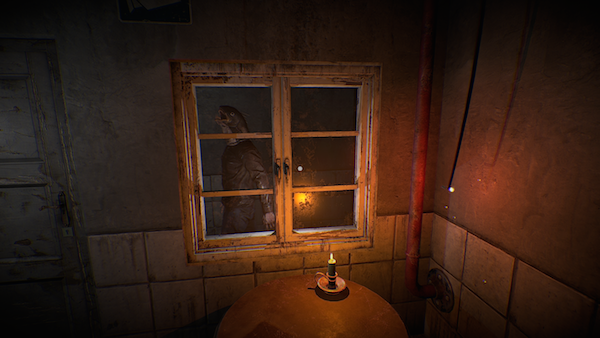 Escape rooms have grown in popularity, especially in the last year or so. Many video games made an effort to emulate these popular real life attractions as well recently to varying degrees of success. Putting a horror spin on the concept, Dying: Reborn is a flawed experience that never feels great to play, while admirably attempting to create an interesting horror story.

Horror has been, for a great deal of my life, one of my favorite genres in almost an medium. Video games in particular, because of the interaction involved, are some of the best ways to experience horror, especially if you like a good scare. Featuring a setup similar to Saw, Dying: Reborn begins with your character, Mathew, awakening in a dilapidated room and being prompted to escape. It is then your task to thoroughly comb through the room searching for any last thing you can to get out of there.  Let's start with the positives here: I like what has been done with the look of the game. I'm not sure I would call it original, but it generally gets the job done. Mannequins are strewn about everywhere, all of the environments look run down and they've done a decent job of giving the rooms a slight malice that is just enough to keep you on edge. I'm even a fan of the look of that main villain, who is basically wearing a fish on his head, but I'll get back to that later. 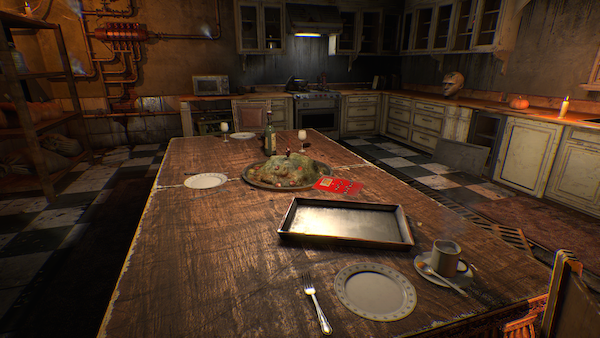 They've also done an effective job of sneaking the narrative into this game. Instead of bloating it up with lengthy cut-scenes, you find notes throughout each environment that slowly builds a picture of the full story. In the end, I will say that I was disappointed with how it all wrapped up as it was both way too predictable and didn't quite tie up everything as neatly as I would've liked. Still, the delivery method was the correct way to handle the story, especially in an escape room game like Dying: Reborn.

Nearly everything feels a bit stiff and clunky in Dying: Reborn. The controls, especially for a first-person game, aren't snappy at all. The aiming reticle, a white dot in the middle of the screen, is supposed to turn red when highlighted over something you can interact with, but it doesn't always work. This led to many pixel hunts throughout the game where I would furiously try to click on everything in the hopes I would find something helpful. Even in the puzzles where you're supposed to be flipping a dial through various options, it was surprisingly sluggish, which made it a chore to type in potential answers. 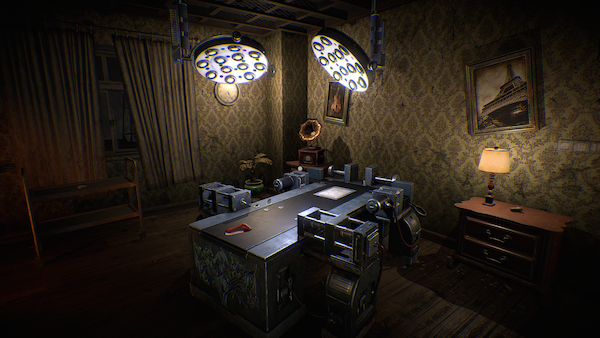 Escape rooms, I'm talking about the real-life kind now, rely on keeping the game flowing forward. Get stuck and you can always ask for some kind of hint, usually receiving a penalty in time or score. They also rely heavily on teamwork and that really helps to drive progress forward. While you might notice certain things, a teammate might be better at pointing out others and this creates a good pace. If you get stuck in Dying: Reborn, it feels a bit like banging your head against a concrete wall until something gives way. There is no way to get hints and I'm not ashamed to admit that I had to look up an answer online once or twice.

Tonally, I'm still not really sure, in the end, what Dying: Reborn was going for here. The fish head, for instance, could be interpreted either as them parodying other similar bizarre movie murderers in a comedic fashion. Equally, you could see it attempting to be serious and I think they pulled at least this aspect off either way. Other factors like the annoying and generic horror sound that plays each time you perform a menu action leads me back in the comedic direction. The voice-acting is also campy and bad enough that it almost seems intentional, but it doesn't quite go far enough, if this was the intention, to convince me. This leaves the game with a confusing tone that makes me unsure if I'm supposed to be laughing or just cringing. 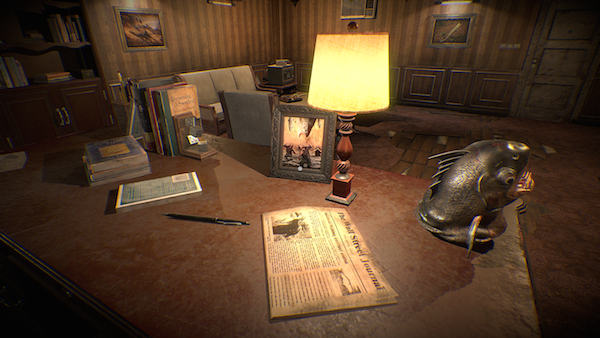 If you love doing escape rooms in person, I can't guarantee you'll like this game. Other titles have been more successful, like The Guest, at emulating this experience, but if you are a huge fan there are some interesting puzzles here. Dying: Reborn does a decent job of setting up a fun horror universe with its visuals, but ultimately falls short on most everything else. I played the regular PS4 version, but it is also available now on PlayStation VR.