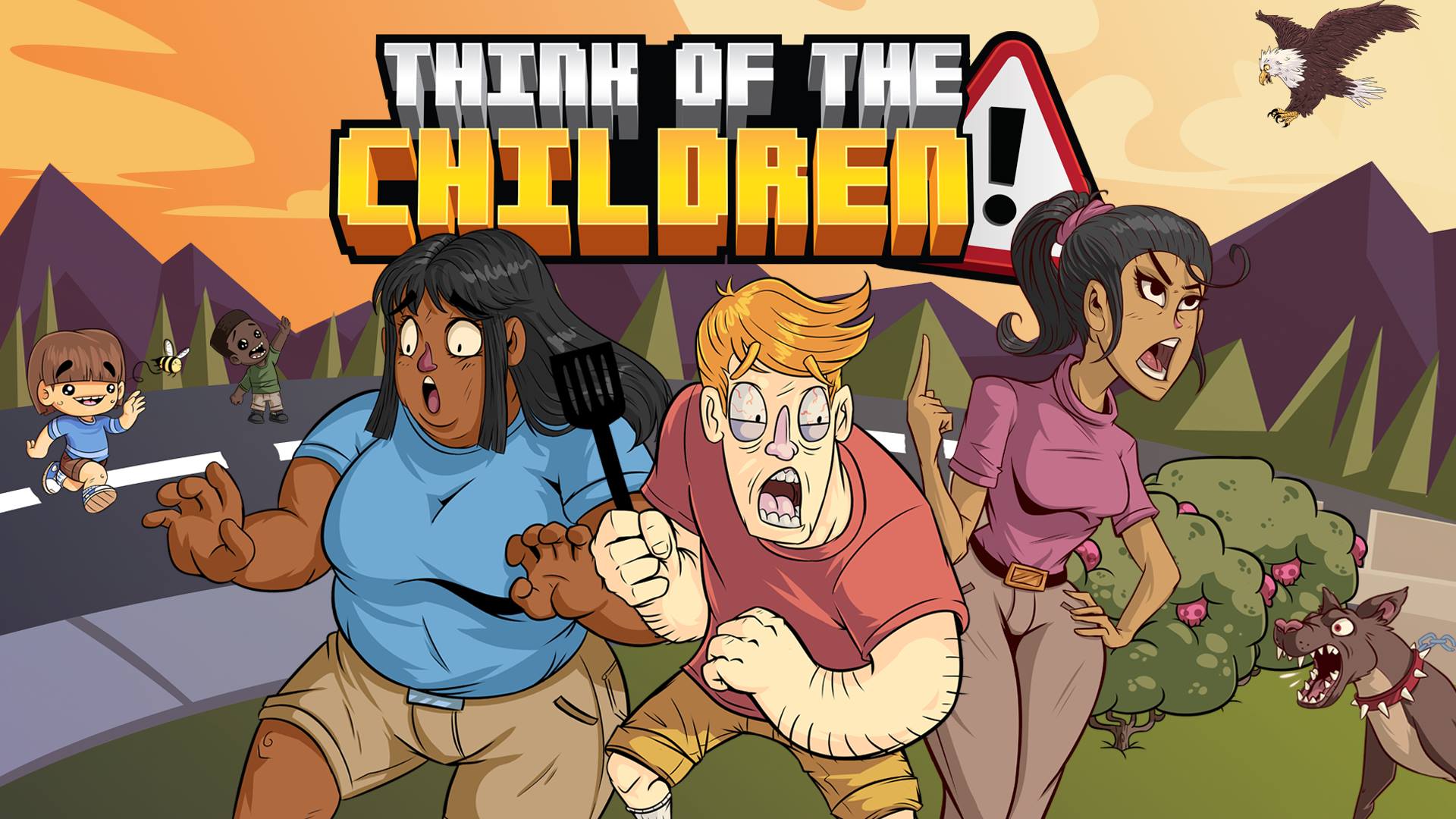 Kids these days just love to make their parents pull their hair out. They run around like crazy, getting into shenanigans, and often risk earning an early trip to the River Styx. No game has quite captured the harrowing insanity a mother and father go through to protect their offspring quite like Jammed Up Studios' Think of the Children!

At PAX East I was given the chance to play three of the levels of this brilliantly funny co-op party game. The main objective of the game is to keep a gang of kids from offing themselves by life's greatest deathtraps. You've gotta keep them off the street, make sure they don't drown or set themselves on fire, eat poisoned berries, or even get eaten by dingos! (And in case you were wondering, yes, Jammed Up Studios is based out of Australia.) While you keep your kids alive, you have to get a barbecue going, make merry on the beach, and entertain the rest of the adult patrons. It sounds easy at first, but those who assume that have never been a parent themselves. 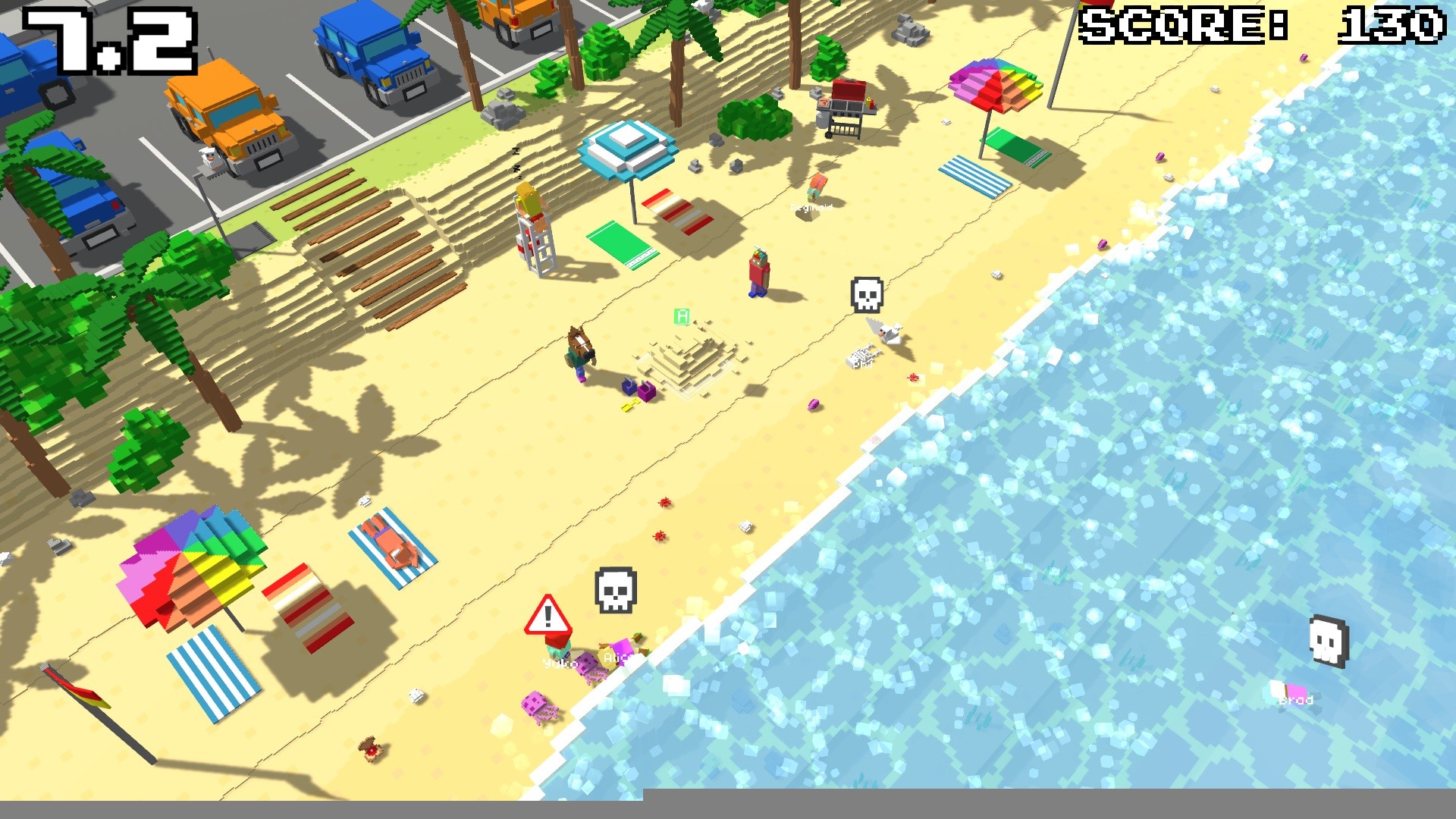 As I played the game, I discovered that it was increasingly challenging to keep every single kid alive as the timer went down to zero. Although I'm given the chance to grab a kid and quickly toss them aside (or yell at them so they disperse elsewhere), having to keep the watch on six of them at the same time. Soon I bore witness to a child being run over by a boat at the beach, pecked at by seagulls, and set ablaze by the grill. It sounds gritty as hell, but I found myself laughing my ass off at every turn.

One of the best levels involved a supermarket. As you have to grab items from your shopping list, you have to keep your kids at bay to avoid your Embarrassment Meter from forcing you off the premises. This is where co-op shone the brightest, as one person takes care of the list and another takes crowd control of the little monsters. The sight of them knocking down shelves, drinking bleach, and causing slippery messes on the floor. There are even times where you are given the chance to clean some of it up, but once you do you'll bear witness to three more horrifyingly hilarious messes. Fortunately we were successful in this mission, even though we were "awarded" with an F-grade. 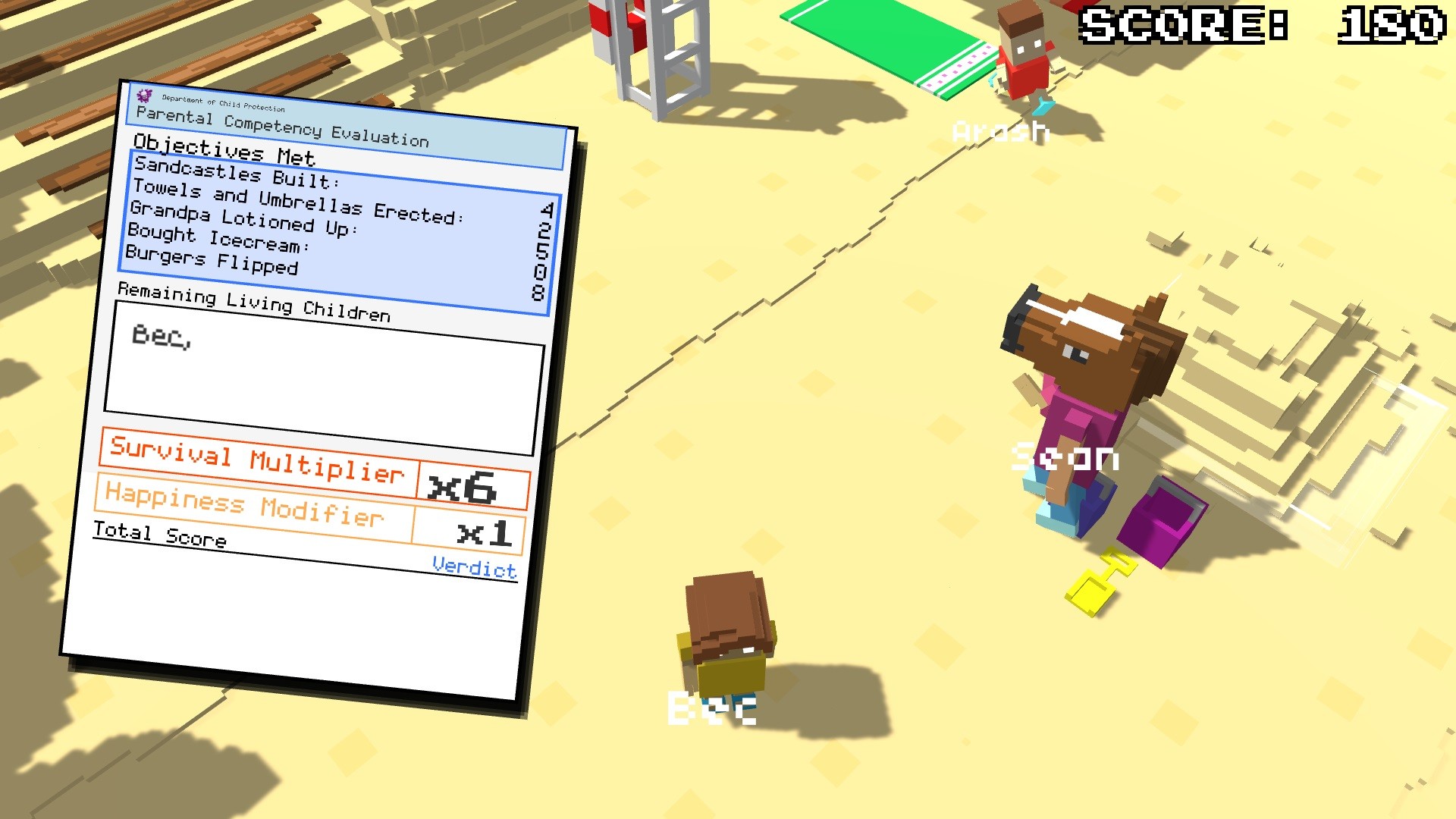 So far, Think of the Children! is looking to be the next big party co-op escapade. It's funny, entertaining, and filled with some visual gems that'll have you screaming with frustrated laughter. Outside of the co-op mode, there will also be a single-player story mode, where the parents are on trial for child negligence and you are forced to relive the moments that led you to court. (Depending on how you do will affect the overall ending to the story.)

Think of the Children! hits PC in May, with Mac and Linux releases soon after. Console ports are also planned for Xbox One and PS4, with a possibility on the Nintendo Switch, too. Needless to say, this is one indie game you should most certainly keep your eyes peeled for!