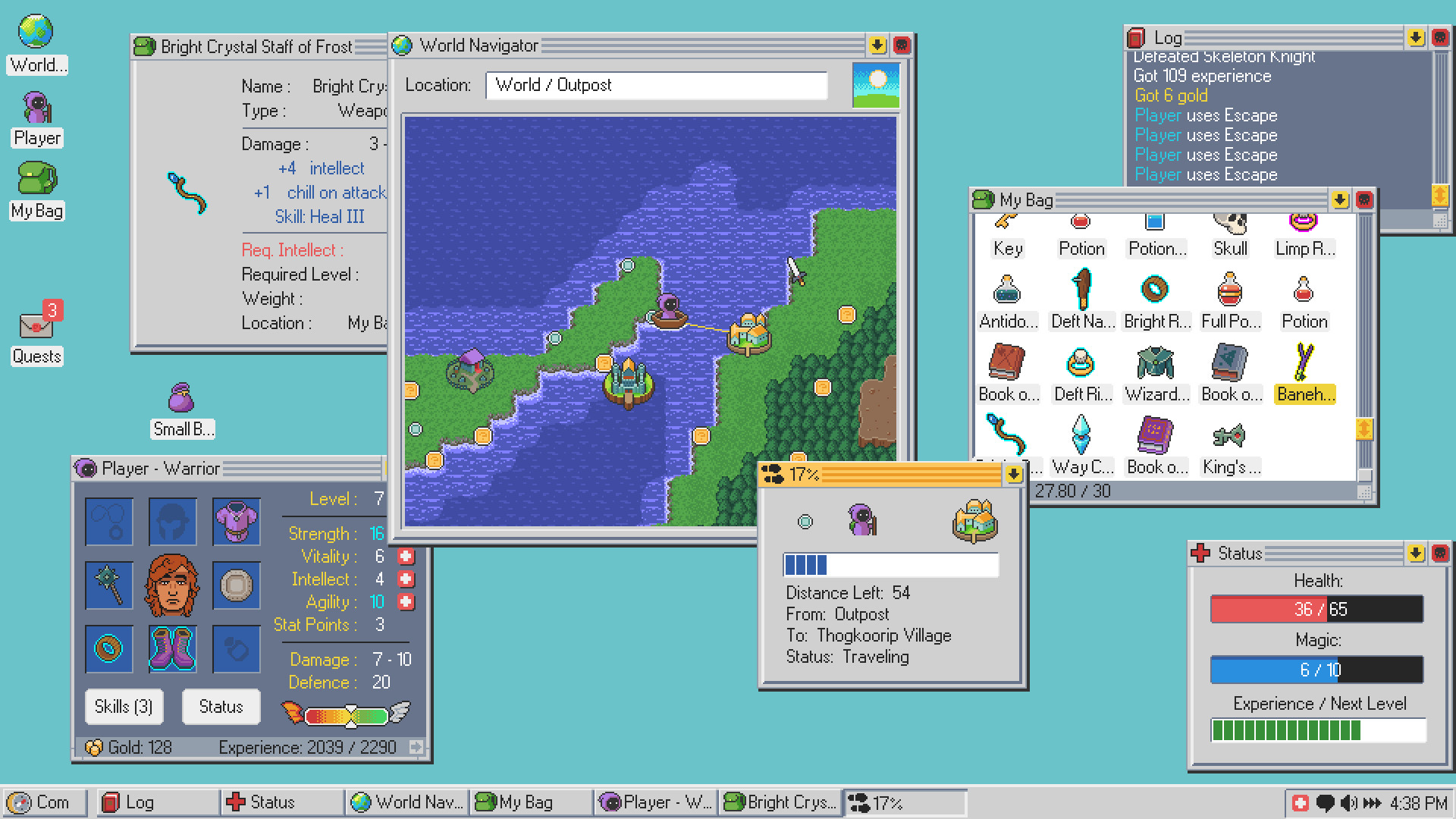 Kingsway is set up in such a way that feels like you're running multiple programs on Windows 95. One window shows your journey map, another your rations, and one with your objectives. As you go through your journey and collect items, you will sometimes find yourself battling a monster via an AOL Instant Messenger chat box. Depending on how powerful your weapons and magic is will help or hinder your chances at a quick victory. However, if your adventurer falls in battle, you can restart the game with one of the items your dead self earned in the past. 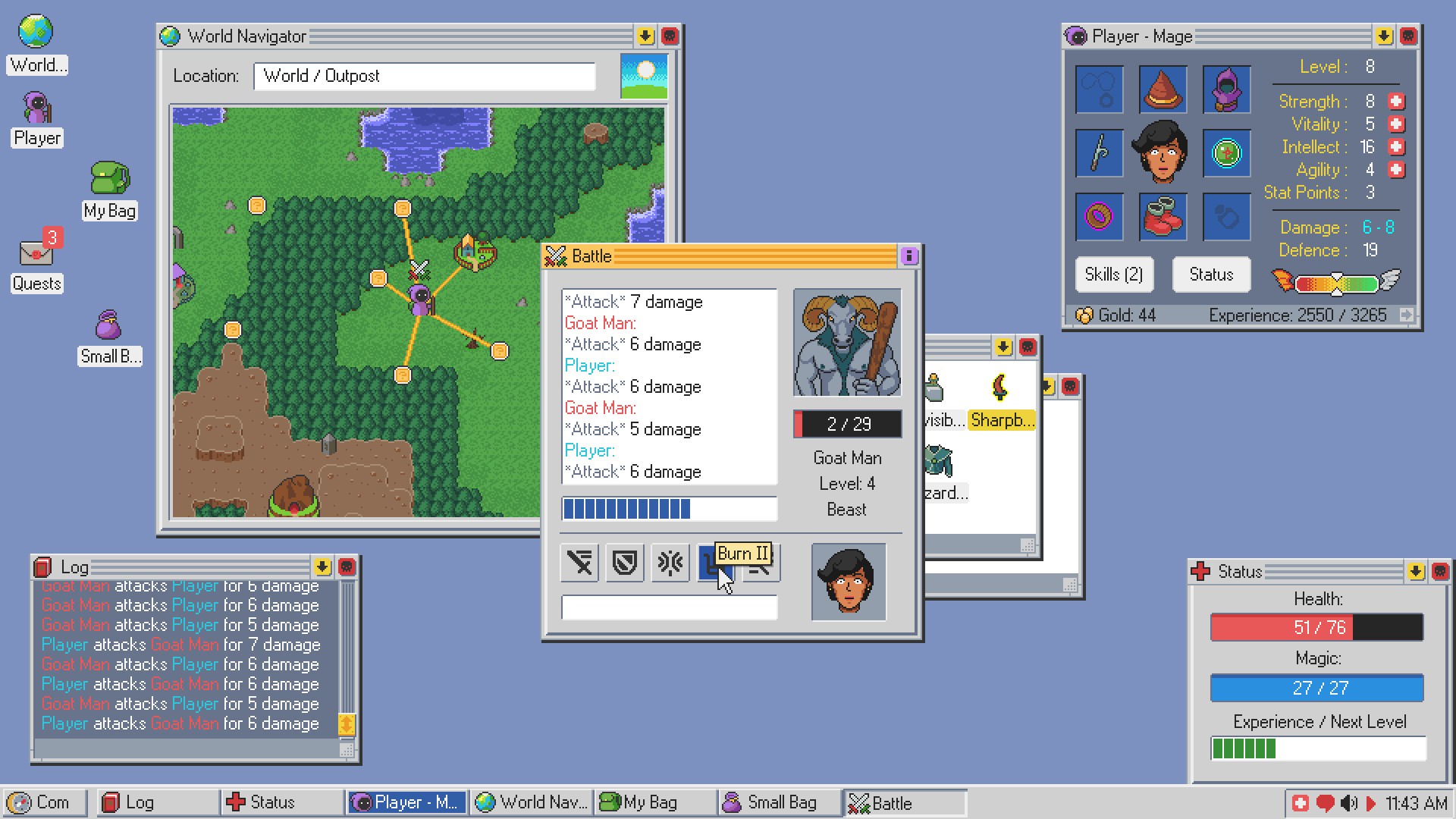 It's quite unique to see a video game that captures both a medieval story wrapped in a retro-styled computer program. In some ways, it might reawaken the times you've played the original Diablo while chatting with a pen pal online, with fingers crossed that your Mom doesn't pick up the landline and disconnect your internet. What I like about Kingsway is its means of showing the world that being an adventurer can feel like a 9-5 job in the long run, thanks to its overall presentation and gameplay. Perhaps it's that Office Space-meets-Princess Bride mentality that this game captures well, but I can't help but be curious to see what sort of adventure my character will be taking in the long run.

Kingsway is due to be released for PC later this summer. Here's hoping your Gateway or Compaq computer will be able to handle an adventure that's as imposing and bold as this one plans to be.