If there's one game that I played at PAX East that just about everyone should keep their eyes on, it's Mr. Shifty. Of course, with his style of speed and combat, keeping an eye on him is easier said than done. A blend of Hotline Miami and the X-Men character Nightcrawler, players are tasked with taking out all the enemies using the ability to warp through walls and hand-to-hand combat. If what I played at PAX East is any indication of where this game is going, we might be in for one of the very best indie titles of 2017.

During my demo, I was tasked with getting from one area to the next with my abilities. Diving into the game, I found it rather easy to get a handle of my character's powers. Diving from room-to-room with my shifting maneuver, I started taking out guards one by one with a form of grace and strategy. In some cases I was able to take advantage of my surroundings, smashing open doors on guards' faces and grabbing nearby items and weaponizing them. 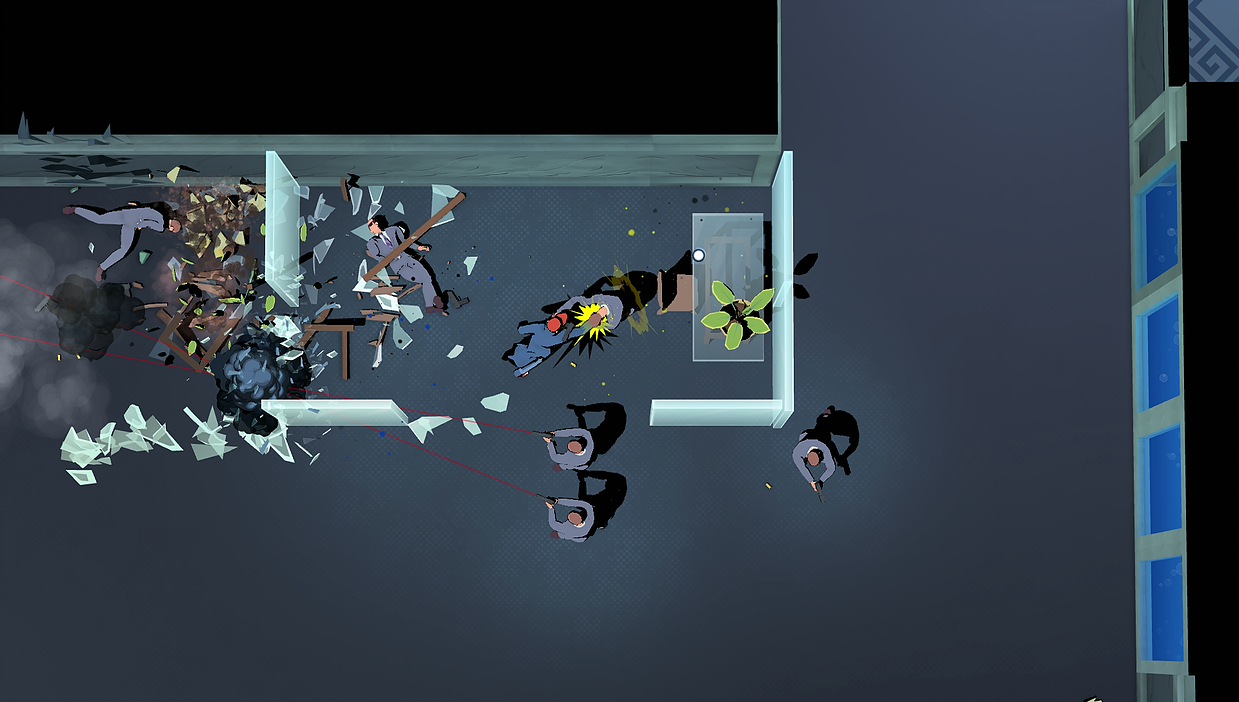 It's when an ambush occurs when you'll need to be on your toes, as the guards can come in in droves. Since you can't use a gun, you'll have to do all that you can to evade their bullets. Get shot, and you'll have to start from the beginning of the level; however, if a bullet grazes you, you'll slow down time and take advantage of taking out multiple guards in a short period of time. (Fun tip: make sure they're near a window to watch them smash through and plummet to their deaths.)

Thus far, TinyBuild's Mr. Shifty is delivering hard on some fast-paced action with a Nicholas Winding Refn-styled attitude. Its means of combat are as smooth as one can imagine split-second beat-em-ups could be, and with the enemies only getting harder as you go further up the impenetrable building. (Well, almost impenetrable in this case.) At any rate, this is one indie title that seems to be the don't-you-dare-miss escapade that gamers will certainly crave for. 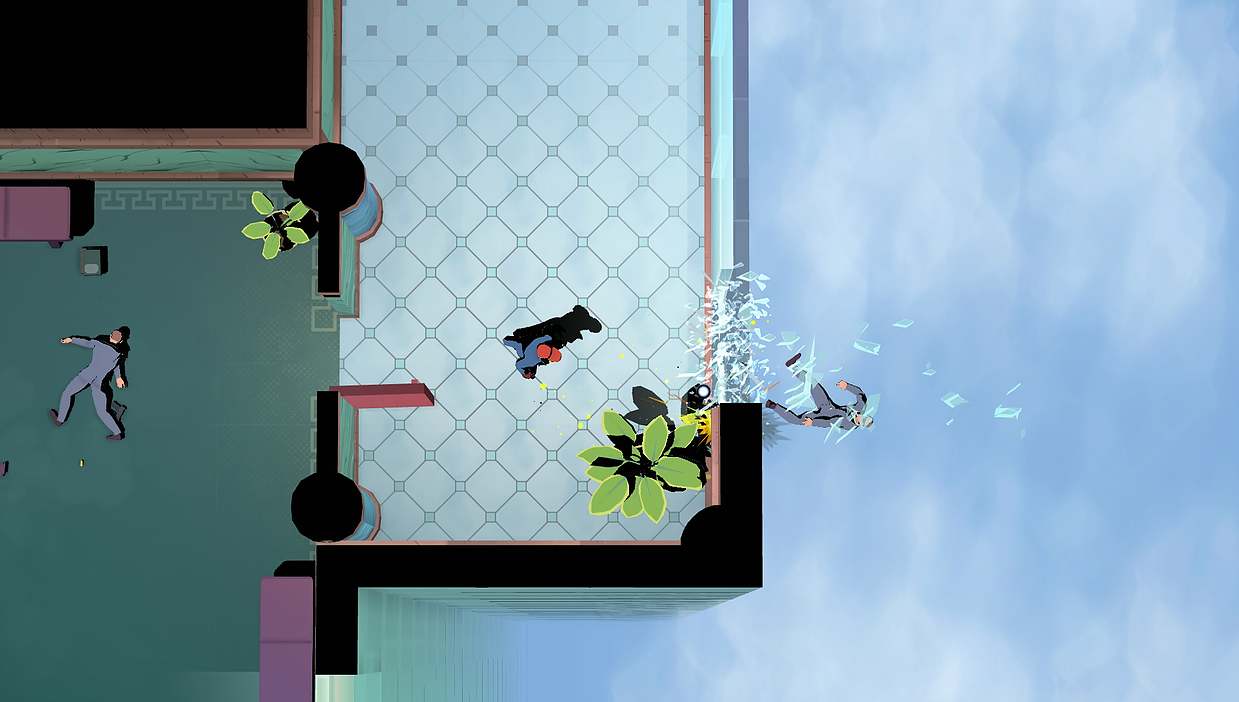 Mr. Shifty is due for PC, Mac, Linux, Nintendo Switch, PS4, and Xbox One in 2017, with the Switch version set to arrive sometime next month.