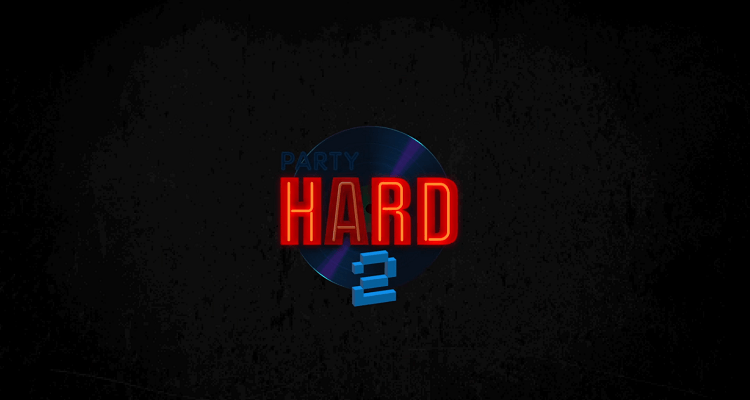 2015's Party Hard was a stealthy, original killer of a game that played true to its retro style and 80s attitude. That's why it comes as no surprise that a sequel is coming hard and fast later this year. At PAX East, a demo showcasing Party Hard 2 presented a beast with both similar and unique stripes of its predecessor.

This time, our protagonist from the past game has matured enough and found himself a place in the working work. However, when he doesn't get his Christmas bonus, his murderous habits return as he goes from one corporate party to the next and seeking revenge. For this demo, my character roamed a similar party to the one we saw in the beginning of the first game, only with more company hot shots and some new tasks to accomplish.

Party Hard 2 gives you a choice in regards to how you plan to play the game. You could just slaughter everyone like you do in the first game, or you can complete certain objections and mosey out of the party unnoticed. In this particular level, I was tasked to take out five drug dealers and five meth lab workers. As the lab workers mostly stayed in one place, it was fairly simple to take them out one by one with little interference. The dealers themselves roam the party floors (with some obnoxious bouncers in some areas), making it harder to make the proper kill without anyone noticing. Even after using some explosive gas canisters and some other environmental hazards, I found myself only eliminating two of them before the cops showed up and dragged me away.

Needless to say, Party Hard 2 is looking to be just as challenging as the first game. With its upgraded 16-bit visuals and loads of ways to take out noisy & greedy party-goers, this follow-up to the breakout smash is shaping up to be something fans of the original will wanna RSVP to posthaste! Although you best prepare yourselves for some nail-biting challenges and some minor frustration when you wind up making a bad choice near the end of a level and get the fuzz called on you.

Party Hard 2 is due for PC, Xbox One, and PS4 later this year.