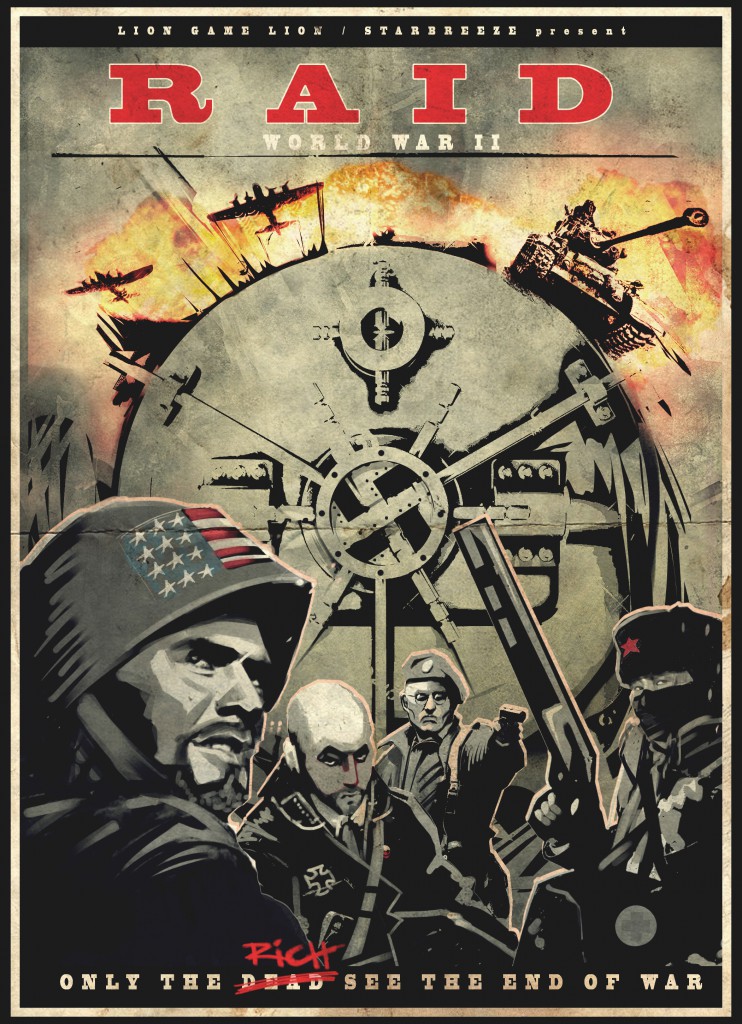 Imagine if the Allies in World War II had a group like The A-Team backing them behind-the-scenes. We're talking a group of smart-aleck soldiers who go to extreme lengths to get a plan successful accomplished, all the while punching a few Nazis in the face for good measure. Such is the scenario that Lion Game Lion and Starbreeze Studios have conjured up in their upcoming first-person co-op shooter RAID: World War II.

At PAX East I was given the chance to dive into a co-op mission with three other players, as we ransacked a Nazi-controlled train and stole their gold. With one person planting an explosive to derail the train, the rest of us had to hold back the German soldiers who wished to throw a monkey wrench into our plans. After some tinkering and a nice loud kaboom, we dove into one of the train carts and grabbed the gold. Once we dealt with some more Nazi scum, we parachuted off the bridge and landed with a sign of victory. 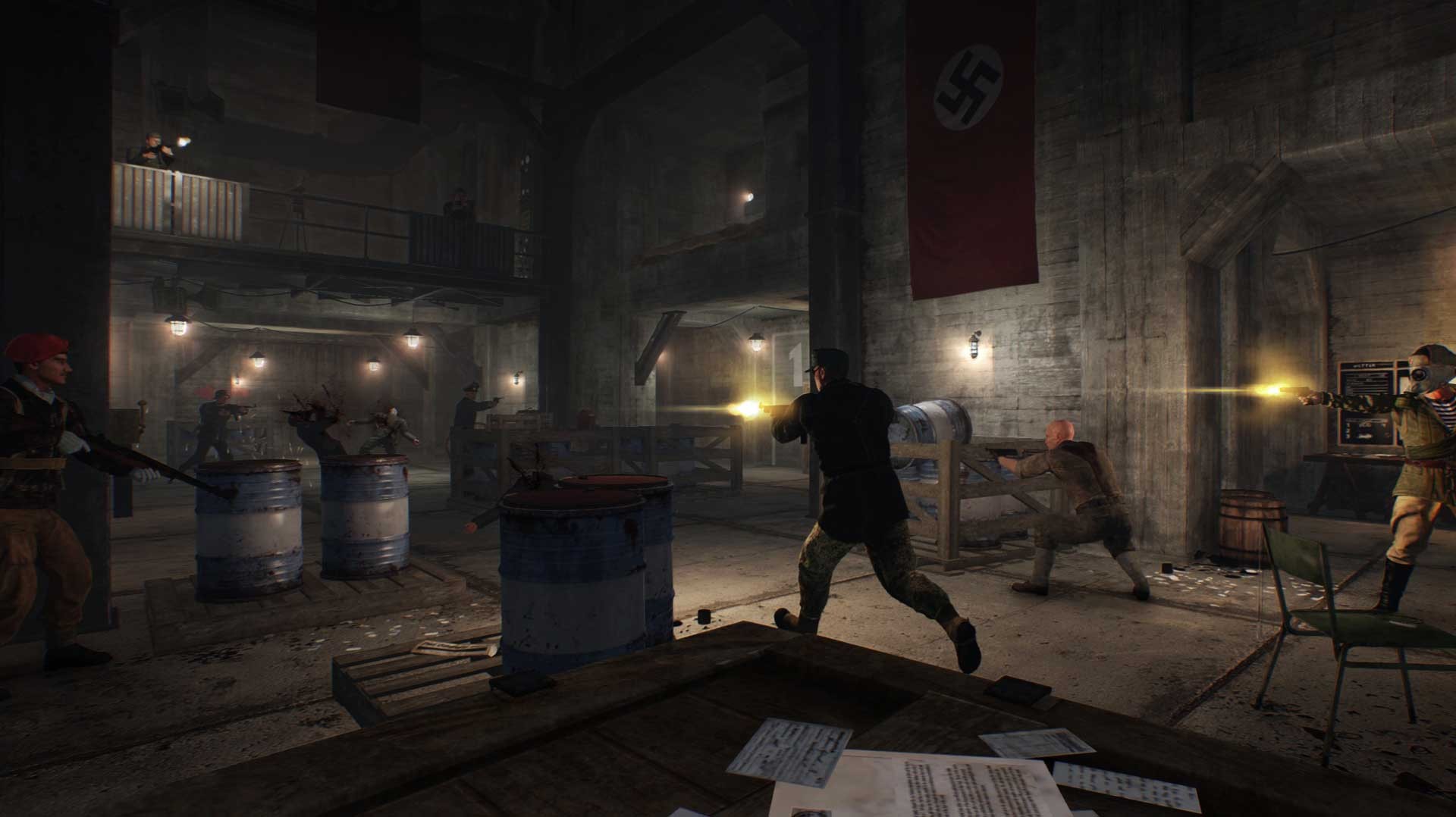 It was apparent that this was an early build of RAID, as I was often greeted with the sight of spazzy soldiers and some rendering issues. However, gameplay-wise this Second World War campaign was firing on all cylinders. Seeing as Lion Game Lion had a huge hand in crafting the PAYDAY franchise, you can expect some pretty intense enemy AI charging towards you when the risks run high. That means always staying on your toes, in a similar vein as either PAYDAY or even the Sniper Elite series.

While this is a World War II game, don't expect to see any real battlefield action. Nay, RAID is all about the secret missions that possibly lead to the likes of the Battle of Normandy and the Battle of the Bulge. It's also very apparent that the game has a much bigger emphasis on being lighter in tone, as apparent by the humorous wisecracks made by the soldiers during the mission. Thus far, Lion Game Lion's war co-op looks to be a fun, entertaining romp through the Axis nations. 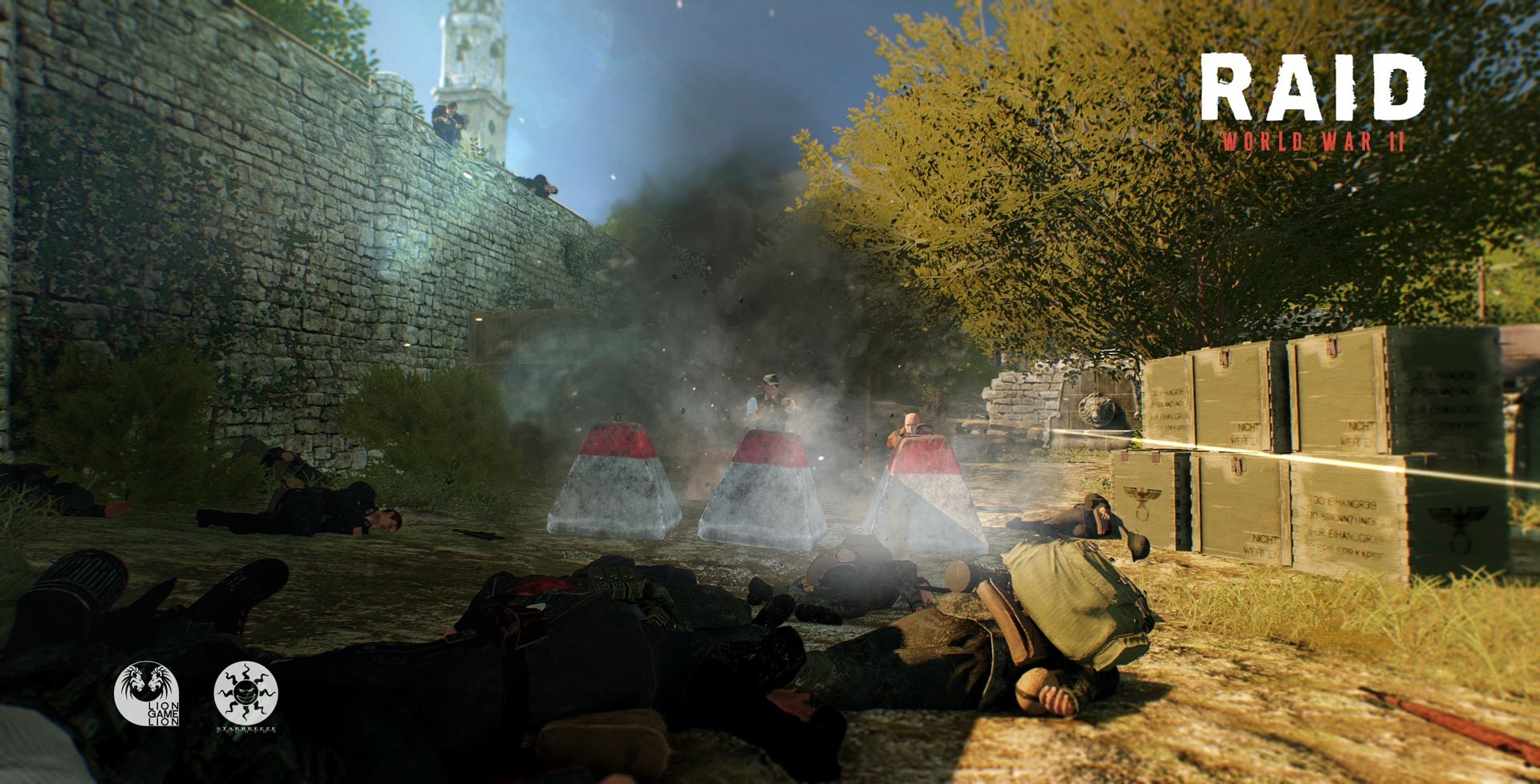 While RAID: World War II doesn't have a set release date, you can expect it to arrive on PC, Xbox One, and PS4. Nevertheless, it's always good to pump yourselves up when it comes to thwarting Nazis.