Toukiden 2 is the third installment to Koei Tecmo’s fairly new action RPG series.  The game takes place in a fantasy world setting heavily influenced by Japanese historical periods.  You play as the Slayer, one of many warriors that possess special powers that allow them to slay demons called Oni.  Toukiden 2 is a mainly a demon hunting game with some RPG elements in an open world setting.  You and up to three NPCs traverse through the world, or Ages, to rid it of a poisonous miasma and basically save the world from the Oni demon menace. 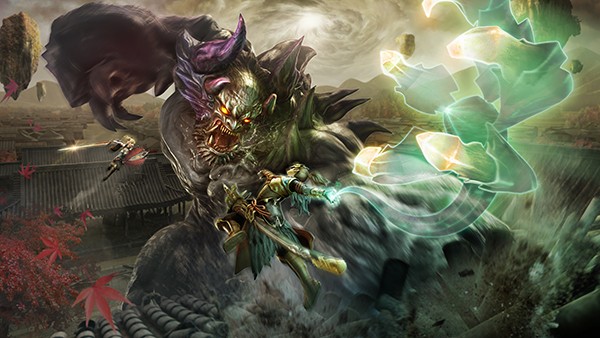 The combat is in real time and right from the beginning you are able to choose your weapon of choice from 11 different weapons.  Equip one that doesn’t suit your play style?  Not to worry because you can switch out weapons anytime you are at the base, Mahoroba Village.  The Demon Hand is a new mechanic that makes combat a little bit more dynamic while also allowing you to traverse to areas and items that are otherwise unreachable.  At first, I found combat to be a tad bit wonky – a bit button mashy.  Each weapon has its own set of button combos, which are helpful to learn, but even after learning them I still felt like I had issues pulling a lot of them off and ultimately still felt like I was just hitting buttons at random.  For example, when doing air attacks, I felt like I had little or no control of my character and would often be attacking nothing or do a “ground pound” only to land far away from my target.  I’m willing to say this could’ve been user error but I did what I could to learn the mechanics and still felt a little lost.

Combat does tend to get repetitive and as you get more powerful, the smaller Oni are so super easy to kill that they are more of a nuisance.  I would just let my NPC characters kill them as I just ran around looking for my next objective or picked up items.  The larger Oni were a lot more tedious to kill.  You have to knock off limbs and purify them so they don’t grow back.  If they grow back, they grow back more powerful, which makes the battles long and repetitive.  I’m not going to lie, I dozed off during a few of them and still managed to not die because the NPCs are a tad overpowered.  Medium Oni battles were the worst.  Mostly because these are mini bosses that always appear in the same place no matter how many times you battle them.  They aren’t super hard to defeat but when you are roaming around the open world and running in and out of areas, having to battle the same medium Oni is so irritating.  At least the game has a nice escape mechanic that allows you to bypass the battles. 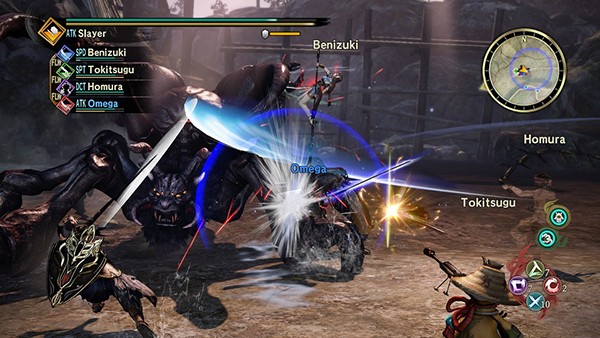 Even though Toukiden 2 is described as an action RPG, there is no actual character leveling.  You gain most of your power though creating weapons and armor and finding Mitama.  Mitama are the souls of warriors who have been imprisoned by the Oni.  You can find them throughout the world and can collect them as you defeat Oni, completing tasks, like defeating a specific Oni, or by interacting with other characters.  There are around 200 different Mitama to find in the game and you can equip them according to your play style.

The open world is nice, but the map is terrible.  I didn’t feel like the world was super open like Skyrim or Fallout but it did feel more open and explorable than what I would have expected from a Japanese action RPG.  I had a lot of problems with the map.  If you are going to have an open world, you really need to have a better map.  You can’t zoom in, you can’t look around for your mission waypoint, and you can’t place waypoints.  I had so much trouble figuring out where I was going because I simply could not navigate to it on my map. I would wander around aimlessly in the world getting frustrated because I would have to fight the same medium Onis constantly while looking for my destination. Also, accessing the menu doesn’t pause the game.  This means that when you are looking at the map or looking up weapon combo information or what tasks or duties you have, you can be attacked.  That being said, there were plenty of opportunities in the “unsafe” portions of the world to look around the menus a bit, and often, my NPCs would rush off into battle for me if I got attacked.

The game does feature a rather in-depth story and I did find myself actually caring about my NPC friends and their fates.  I liked the look of the characters and I thought the environments were varied and interesting.  I also enjoyed the game’s soundtrack.  The voice acting seems well done – of course, it is all in Japanese with English subtitles but it sounded good to me.  There is no English dubbed version which isn’t necessary but there was a lot of dialog that was spoken but never translated. I had no idea what they were saying and wondered if it was important to the story or at least to me finding objectives when I was lost!  There were a few spots where the text was in Japanese and wasn’t translated.  Hopefully both of these issues will get updated in the next patch.  The creature design was also great.  They did a great job creating varied Oni that are both horrific and beautiful at the same time.  I also really appreciated the character creator in the beginning of the game.  A lot of options to choose from – there were over 70 different hairstyles alone! 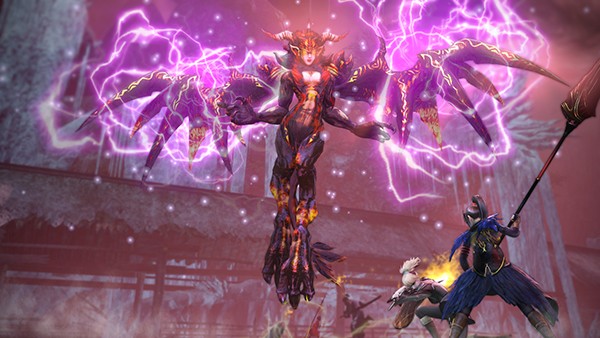 I managed to get through the game in about 20-25 hours and once you have finished the main story, the game really opens up and you can easily put in a good 200+ hours into this game.  The world is cleaned of the poisonous miasma so you can now freely explore the world without the fear of death from miasma.  This frees you up to be able to battle more Oni, find more items, find more Mitama, and most importantly (to me), to find more Tenko!  Tenko are fox like creatures that you can find throughout the world.  I have not even begun to tap into collecting them all and using them in the game.  So far, I have 4 or 5 of them and I feed them food and they go out to battle with me.  They are super cute and I love them! 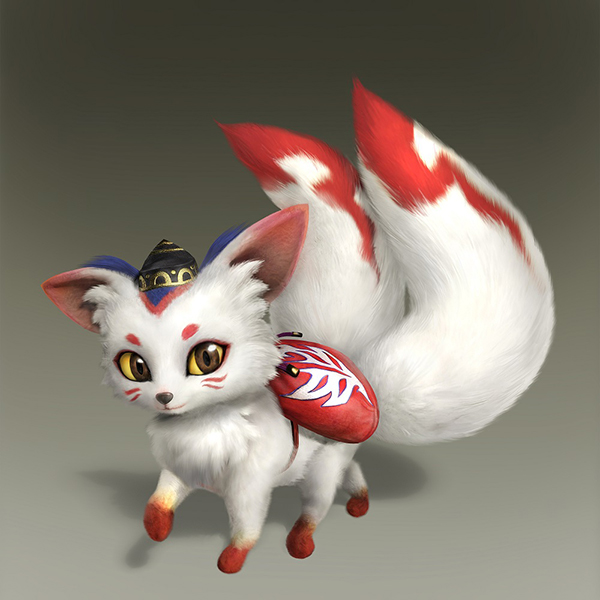 The multiplayer is limited to Phase Missions and does not let you explore the open world with others.  There is also Joint Operations in which you can run into other Slayer’s which are AI versions of other players. These are optional little battles and if you are successful, the other Slayer will join you and aid you in other battles giving you a fifth warrior. You can use Reliquaries to obtain new equipment and add your own to give to other Slayers.

Overall, the game was an enjoyable experience.  This was my first time playing the Toukiden series and I’ll admit, it wasn’t a game I probably would’ve picked up but I may now consider picking up the next in this series should one come out.  Despite some of the problems I had with the game, I enjoyed what I played, and with some minimal fixes, this could be a game series I get into later.

Toukiden 2 is available now on PC, PS4, and the PS Vita.

Promotional consideration was given by Brian Lee of ONE PR Studio. Reviewed on the PS4.