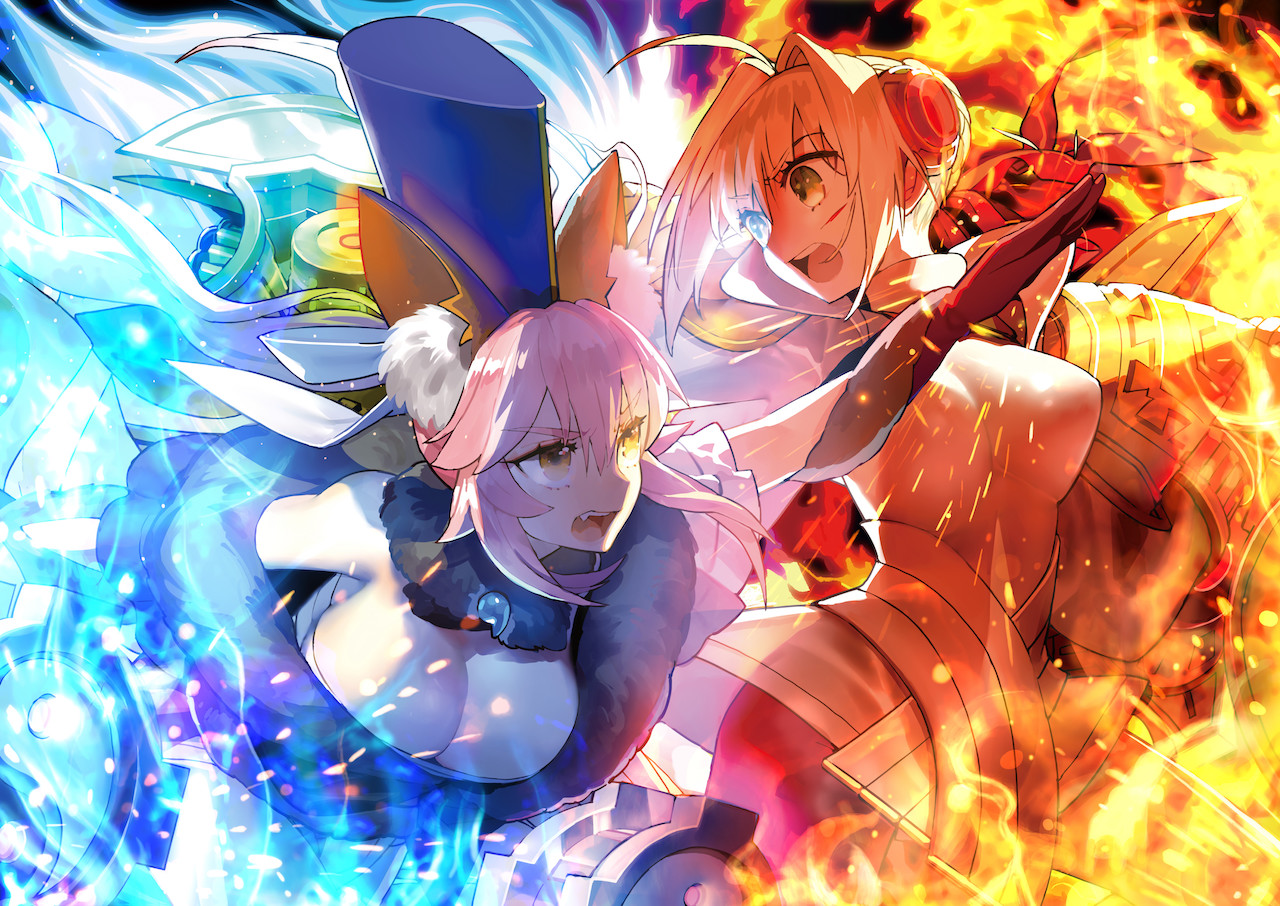 It's hard to talk negatively about something you love. Since being first introduced to the world of Fate/Stay Night over a decade ago, I became enthralled by the tale of the Holy Grail War in its anime and adult visual novel forms. So when word got out that Marvelous was adapting Type-Moon's world into a Musou-styled action game, I was all for it. However, playing Fate/EXTELLA: The Umbral Star is one such moment where you realize that some properties just don't mesh well with other styles, even if it does look good on paper.

Taking place after the events of the PSP game Fate/Extra, The Umbral Star has you and Nero in control of the Moon Cell Automation computer, which give people the chance to grant a wish. As rulers of their domain, the two of you have obtained the Regalia ring, which gives you full reign of your former enemy servants. However, when another person comes in with their own Regalia and a version of yourself, it's up to you and Nero to set things straight and win back control of your realm. The story is told through the perspectives of Nero, Tamamo no Mae, and Altera, giving way to different sides of the same story being told. 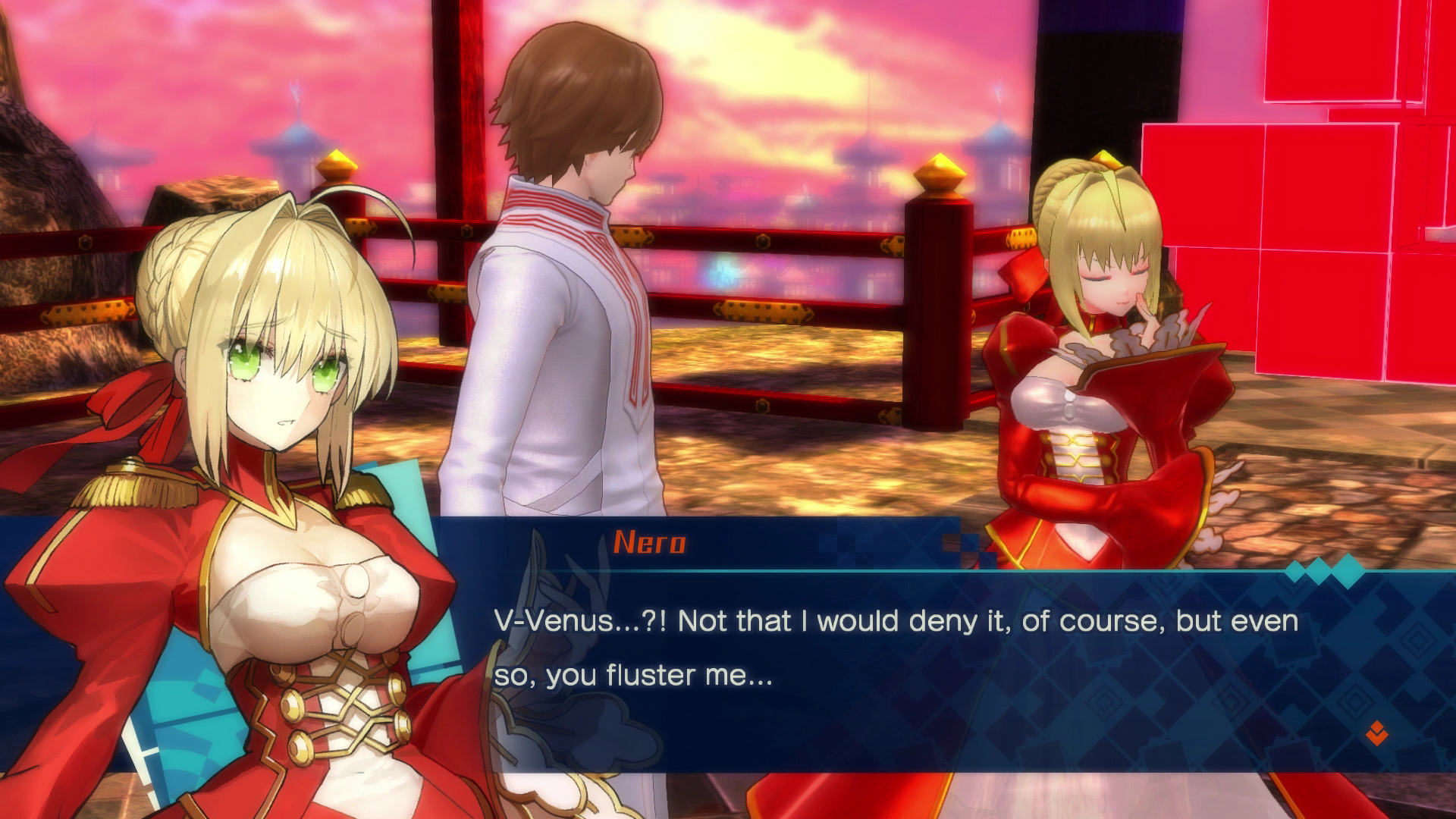 As it is a game based within the same realm as Fate/Stay Night, the story is presented in a visual novel style with battle sequences in-between. At first the game starts off rather interestingly, as your character has lost some of your memory and that you've been split into three different "masters." How your relationship with Nero and the rest of the team is presented is also pretty well-done, as it gives you the chance to build various levels of trust between your allies. At the end of the battles, you'll be able to boost your abilities, add new skills, and craft spells known as Code Casts to better yourself on the battlefield.

Sadly, the game suffers from what I'd like to call "Death Note Syndrome," where the story and dialogue is chock-filled with loads of exposition. The characters literally explain everything word-for-word about even the tiniest of things, to the point where I found myself having a hard time keeping my eyes open during the whole ordeal. (If the game had an autoplay option for the story parts, I might've actually fallen asleep!) They do their best to make it sound interesting and important, but the more I sat through it, the more I found myself skimming through the dialogue and attempting to get to the next part of the game. 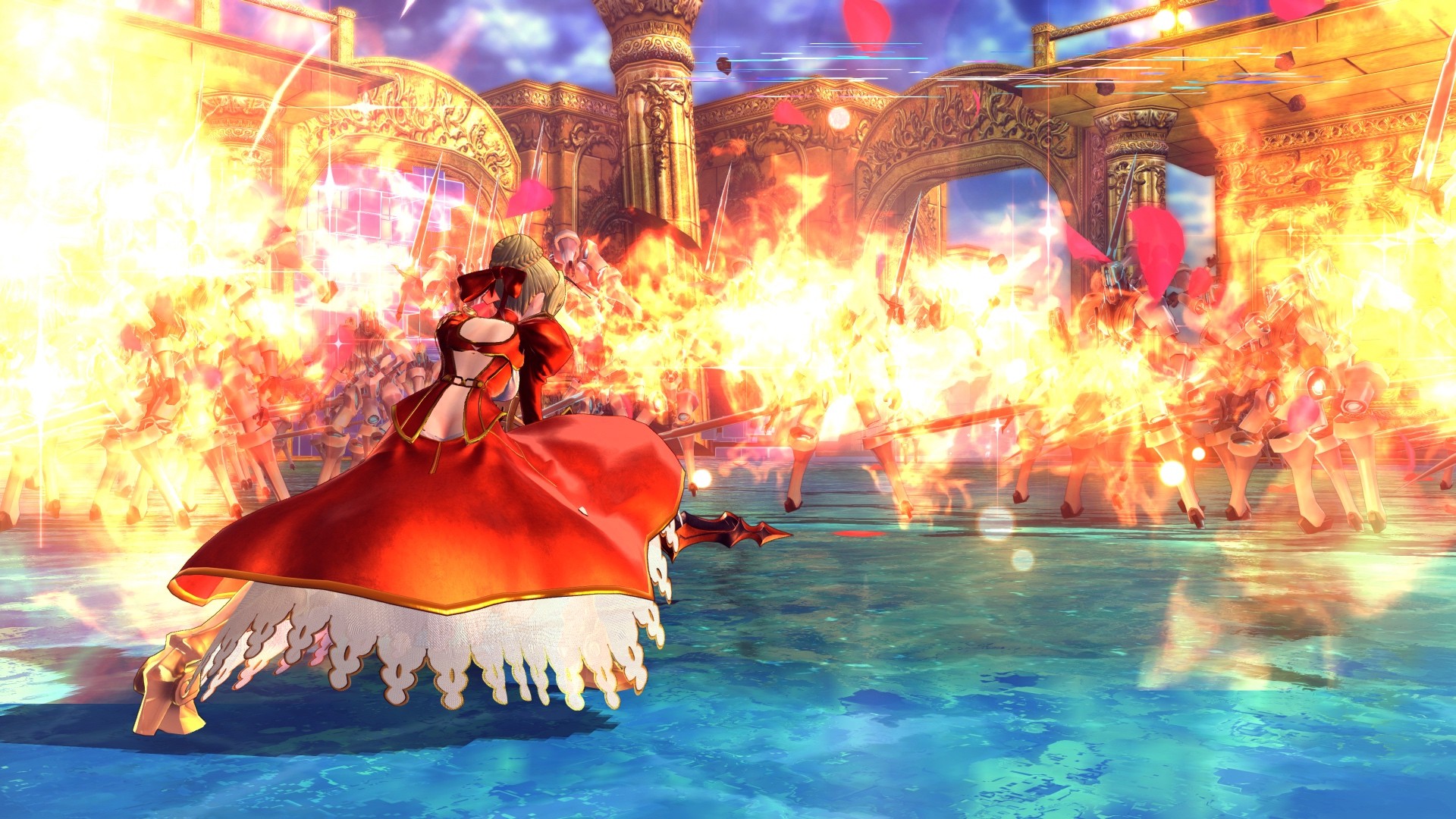 Usually that next part of Fate/EXTELLA would be the fights. I remember being in awe of the 1 Vs. 1000 battle I experienced at E3 2016, as it captured that feeling of being an indestructible force. However I soon found out that the fights were rather easy. Too easy, in fact, that I rarely ever saw my health meter drop, much less lose a life or two. At least with both Berserk and the Band of the Hawk and Senran Kagura: Estival Versus, there was always a challenge around almost every corner. Here, I almost found myself playing the game in auto-pilot mode. (I now understand why Saitama gets bored with being so powerful in One-Punch Man!)

It's a shame the story and gameplay are like this, as the world you are in is rather beautiful to behold. Although you can somewhat tell the PS4 version was ported from the Vita version, there's quite a nice amount of detail that's placed in the clothing and facial expressions of the characters. The virtual worlds themselves might look a little bare, but they're still rather pretty to look at. While the cut scenes could've used a bit more fluid motion, what is presented is nice on the eyes. 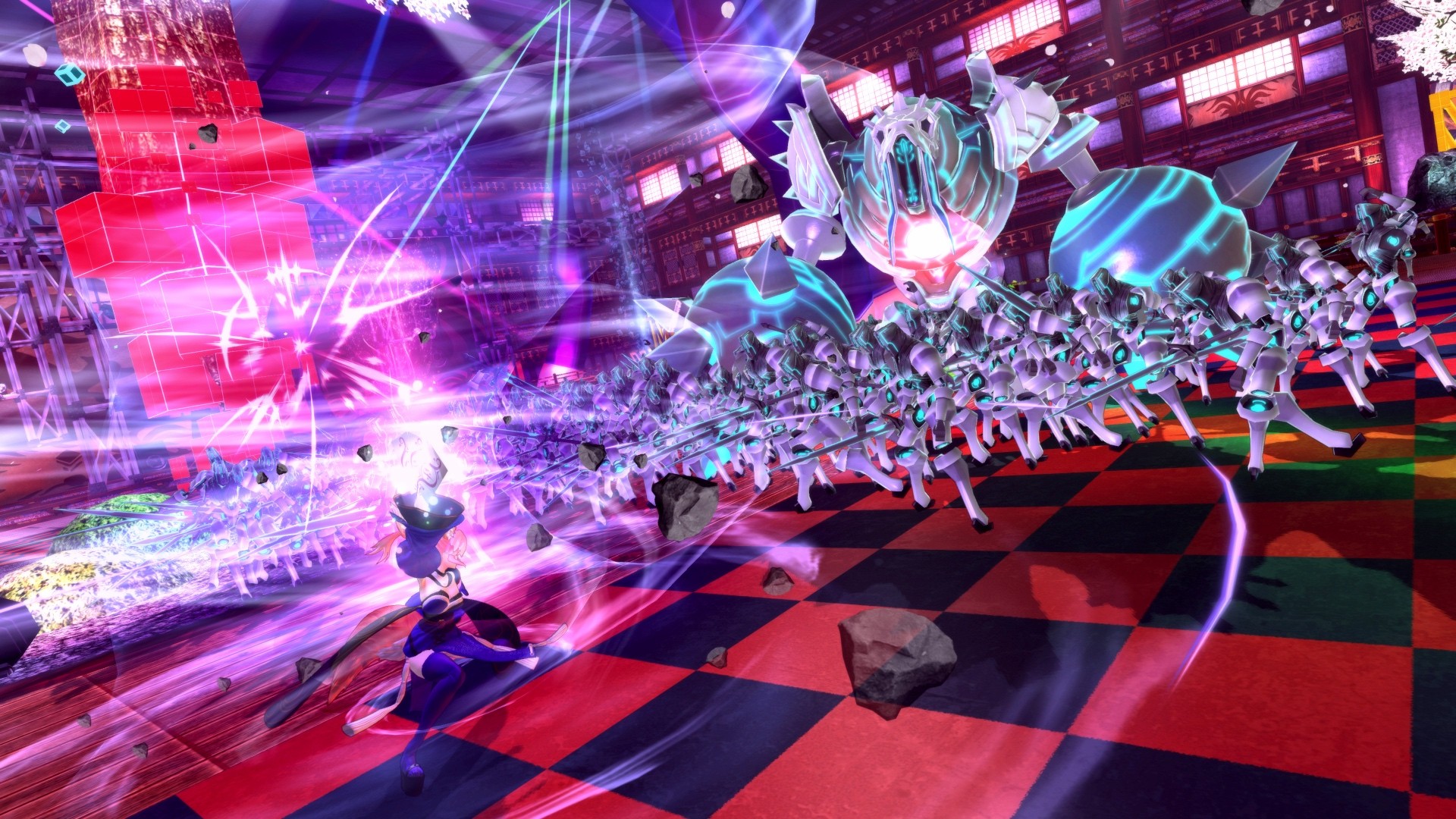 Also on-par is the voice acting in the game. Although the dialogue itself can get a little long, you can tell that the people portraying these characters were shoving enough just real emotion into their delivery. I often felt guilty having to skip over it from time-to-time due to the cut scenes lasting far too long for my attention span (this coming from a guy who gladly sits through all the talkative parts of the Yakuza series), as the performances of Sakura Tange (Nero), Chiwa Saito (Tamano no Mae), and Rumi Ōkubo (Elizabeth Bathory) were a joy to listen to.

Sadly these highlights are pushed down by the overall presentation of Fate/EXTELLA. The game gets tedious far too quickly, which is a shame because of how likable the characters are in the Fate universe. However, if you find yourself more drawn into the tale than I was, then you'll be presented with hours of story, gameplay, side quests, and free battle modes that'll keep you enticed until the next chapter in the Fate realm -- be it visual novel or anime -- lands at your feet. With that being said, coming from a big fan of this universe, The Umbral Star is very lackluster in its execution.

I tried so hard to get into Fate/EXTELLA: The Umbral Star, as I have a lot of love and respect for this series. Unfortunately, its repetitive gameplay and long-winded story makes it hard to not only dive into the campaign, but simply paying attention to what's going on feels more like a chore. Take my advice: watch the Fate anime series and play the original visual novels instead. They're far more interesting than what Fate/EXTELLA has in store for you.

Promotional consideration provided by Cody Martin of ONE PR Studio. Reviewed on the PS4.