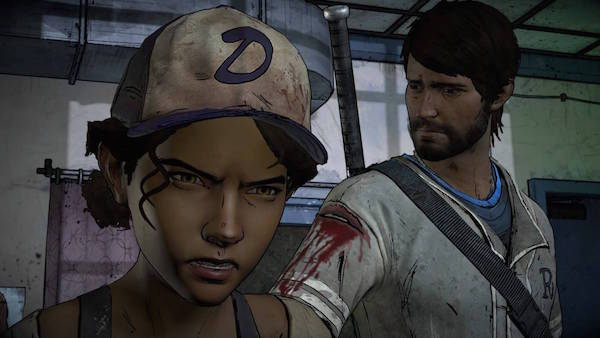 One of the best things about Telltale's take on The Walking Dead has always been making difficult decisions. I'll often find myself struggling with deciding what might be the best choice in these games, even with this third season. Episode 4, titled Thicker Than Water, definitely asks you to make some decisions, but very few of them hold the same weight as earlier ones. The main plot is definitely building to an epic conclusion, but there wasn't a whole lot of narrative progress across this fourth episode.

Usually, my favorite thing about these episodes of The Walking Dead is anguishing about making the correct choices in each scenario. All of the other episodes have lived up to this standard, but Thicker Than Water fell a bit short. More than any of the other episodes, most of the choices I was making felt like a pretty easy choice of either being a dick or not. I will admit there is one tough choice towards the end of the episode, but it isn't quite enough. 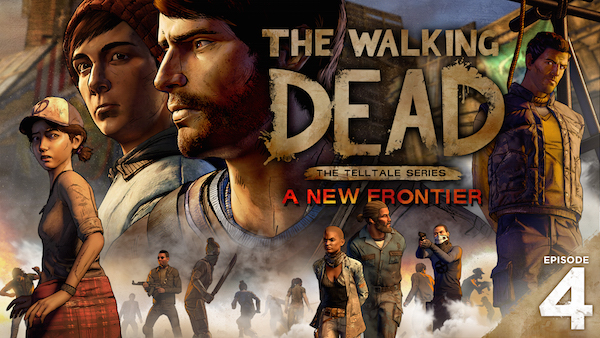 Thus far in this season, my favorite part of each episode has been the flashback sequence. Up to this point, it has normally been about catching up with what Clem had been up to in-between the seasons. Thicker Than Water instead starts off with a sequence dealing with the relationship between Javi and David. Picking up on what the previous episode did so well, that beginning sequence even further builds David as a flawed and human character. Personally, I chose to stick with David through much of the episode 3, so I continued with that in this flashback. I really like the idea of going back into these characters past and making choices that affect how they view each other. I'm hoping this continues on in future episodes and maybe even creeps into other series as appropriate.

The rest of the episode mostly deals with the gang working on implementing their exit strategy for Richmond. As you might imagine, there's a lot of prep work and then everything goes predictably sideways. This leads to some decently fun quick-time sequences and even some surprise deaths. Reading up on how the outcome can be changed based on your choices here, I was surprised at both the things that can be altered and those that couldn't. I'm glad that Telltale are being a little more ballsy about allowing certain characters to live or die, but what effect that will have in the final episode is yet to be seen.

As the second-to-last episode in the season, Thicker Than Water had a lot of setting up to do for the final conflict. This led to an episode that felt less meaty than its predecessors and left me wanting more than usual. It's not bad, but it didn't hold up to the standard already set by the season thus far. The first four episodes of The Walking Dead: A New Frontier are available now on PC, PS4, Xbox One, iOS and Android.