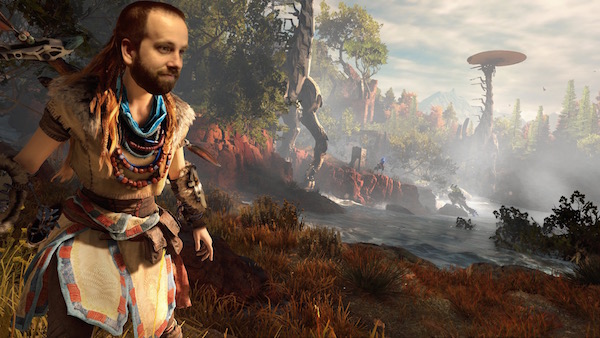 My decision to go for the full platinum comes down to a couple of different things for Horizon: Zero Dawn. It's both an awesome game that I was happy to continue playing and the remainder of trophies weren't that bad to round up in the end. Don't get me wrong, this shouldn't be on your short list for easy platinums, but if you're going to play it anyway, you may as well go the full distance. Considering it's a game where you fight giant robot dinosaurs, control a complex and badass female character and the story is engaging and interesting, there are plenty of reasons to play it and grab that platinum by the end.

As I had mentioned earlier, this is not going to be a quick one. For me personally, I spent around 45 hours finishing this one up. That's not to say it couldn't be done faster, but you should take the time to really enjoy Horizon: Zero Dawn as there is quite a bit there to explore. There are a number of collectibles to get and points to hit across the map. Most of this you'll end up hitting anyway if you explore around and do side quests as you go. That being said, I would be surprised to see anyone grabbing this one in under 30 hours with majorly mainlining the trophies. (3 out of 10)

This kind of depends on how good you end up being at this sort of game. There is a lot to do before you hear that satisfying ding of unlocking that platinum trophy, but none of it felt insurmountable. Thankfully, there are no difficulty-related trophies, so you can tackle this one at a comfortable challenge. Nothing throughout the game really had me stuck for any length of time, though some of the robot dino battles are tougher than others. Once you unlock the special armor, which is a trophy itself, you basically become invincible, so there is little resistance ahead of this plat. (9 out of 10)

This is one of the best games I've played thus far in 2017. If that's not definitive enough for you, then I'll just say yes. Blending elements of games like Far Cry and even a little Monster Hunter, it was hard to put down from start to finish. Some of the trophies involve just going places to find a thing, and that's not always thrilling, but a good chunk of your time here is going to be spent playing a standout game in a year already filled with some impressive titles. (9 out of 10)

This game feels pretty similar to my experience with getting the platinum trophy for Middle Earth: Shadow of Mordor. I didn't exactly start out trying to get it, but after looking over the list well into my play-through, it seemed like a good enough excuse to continue playing an awesome game. I'm certainly proud to have the platinum for Horizon, but more as a symbol for my appreciation of the impressive work done by the developers than as a personal accomplishment.

The E3 show leaves me excited and...