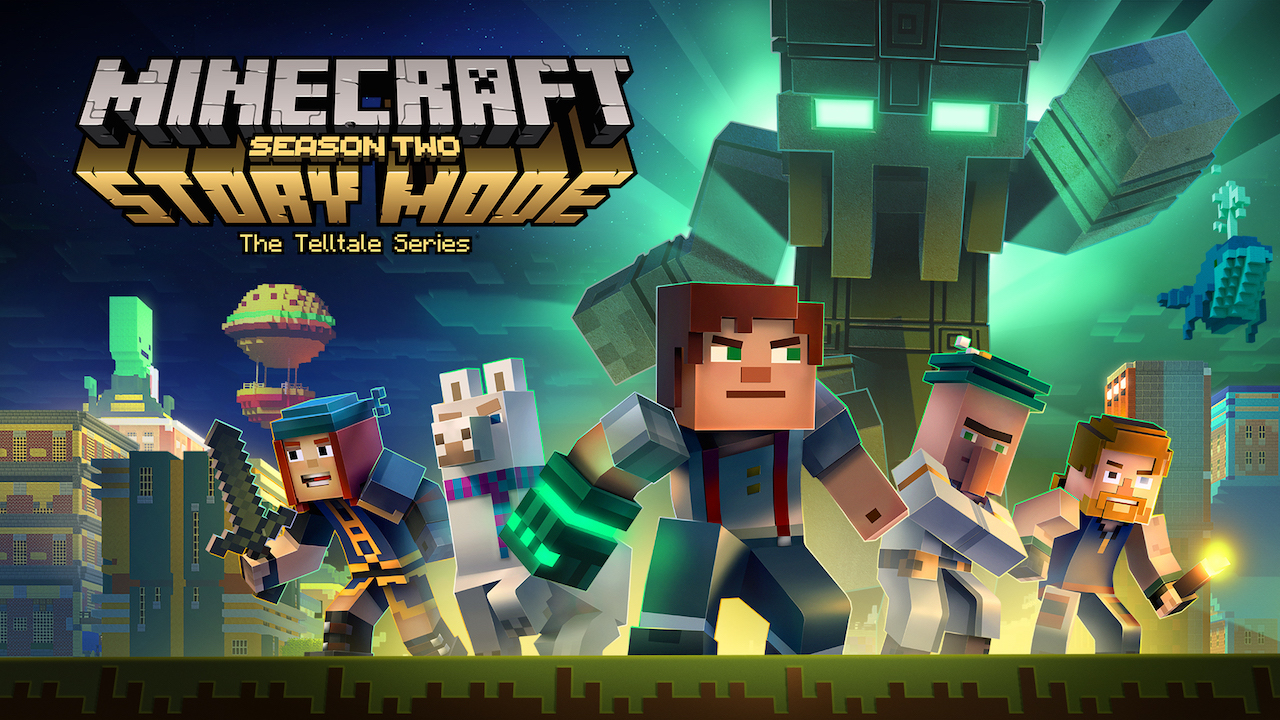 Telltale Games' interpretation of Mojang's Minecraft had some bumps in Season One, most of which were smoothed over with the aid of its bonus episodes. After nearly a year since we last saw the Order of the Stone, Jesse and the gang have returned for yet another adventure with the second season of Minecraft: Story Mode. How fortunate that the first episode, "Hero in Residence," continues the trend of much-better storytelling and interactivity.

"Hero in Residence" starts out with Jesse and the rest of the Order of the Stone prepping for Founding Day in Beacontown. After aiding a few of the townsfolk, Jesse meets up with Petra in the local mine for a task involving a treasure-sniffing llama. Upon finding the animal in question, Jesse stumbles upon a strange glove calling their name. When the glove places itself on Jesse -- and refuses to come off -- a new adventure begins, involving an aging treasure hunter, an underwater temple, and a strange destructive deity known as The Admin. 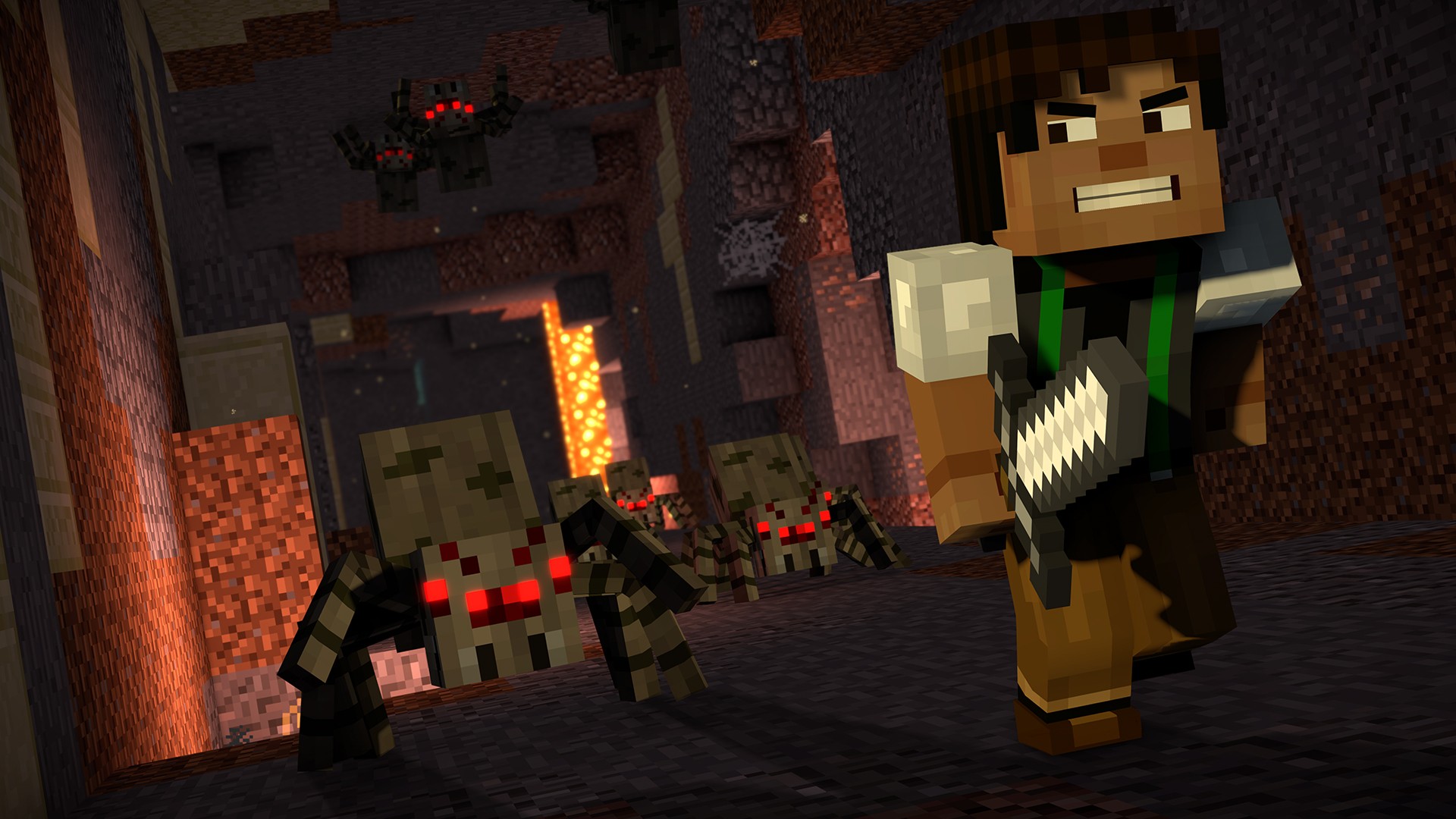 What makes this opening episode great is that it's filled to the brim with what makes Minecraft the iconic game it is. Whether it's building monuments, crafting items, slaying Creepers & Cthulu-like zombies, and dealing with goofy-looking animals, the world of Jesse & the rest of the team keeps everything to the spirit of the original game. Although that may sound like it's the sort of Telltale adventure for only the most hardcore Minecraft fans, rest assured that you don't need to know jack squat about Mojang's original concoction to get a full understanding of what's going on.

No, the only thing that matters is the amount of fun that Minecraft: Story Mode showcases, and right out the gate the season premiere reminds you of how much of a blast this world is. Like I said earlier: Season One was flawed due to some rushed plot-lines and overall pacing, with its Adventure Pass that featured three bonus episodes practically saving the series from mediocrity. Here the issues of the past are nowhere to be found, thanks to some clever throwbacks and immersive storytelling. It takes its time with the tale this time around, and even gives us a fine stand-alone adventure before presenting us with what will seem to be the main focus of the series. 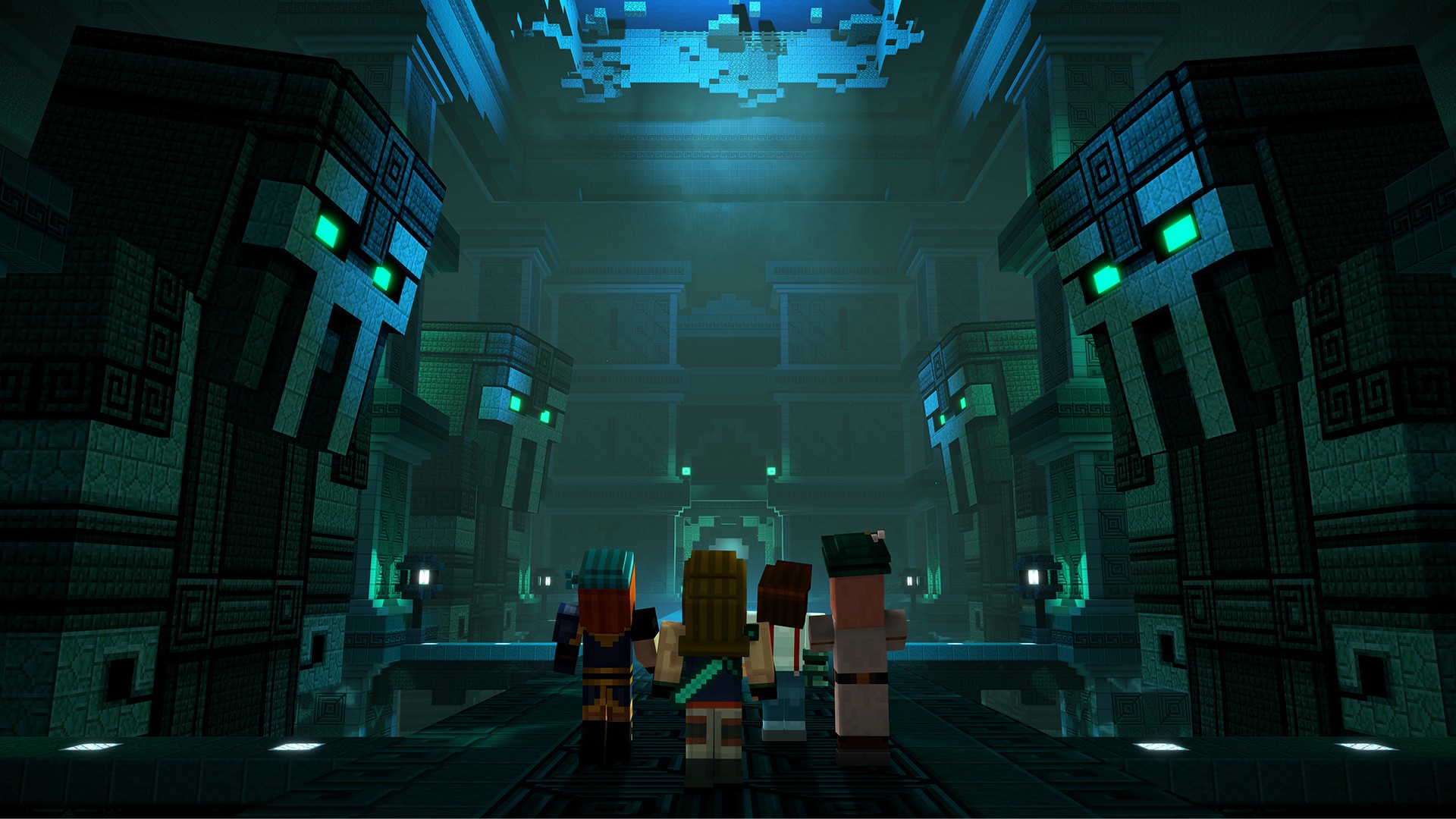 It also helps that the cast sounds like they're back in the swing of things. Patton Oswalt sounds eager for some adventuring as Jesse, with his itch to seek for the unknown raring for some scratching. Ashley Johnson's tomboyish attitude as Petra never grows stale, with her mentality never getting away from her childlike wonderment. Newcomer Fred Tatasciore (AKA Buff Frog in Star Vs the Forces of Evil) takes the reins of the elder adventurer Jack, balancing a tough guy personality with that of an emotionally scarred human.

It might be because of the Minecraft visuals, but I've never seen a Telltale video game move as smoothly as what I experienced in "Hero in Residence." Never once did I experience clipping, glitches, or any slowing down of framerate. I'm not sure if Telltale finally rebuilt its engine for this current console generation, but whatever they did, I hope it sticks to the rest of the new season (as well as any of Telltale's upcoming series). The only thing I noticed that wasn't working was a single line of dialogue in the opening scene, one that I'm sure can easily be fixed in a patch.

"Hero in Residence" starts off Season Two of Minecraft: Story Mode on the right foot. Entertaining from start-to-finish, the next adventure with the Order of the Stone appears to be one that may even be more dangerous than dealing with the Wither Storm. Here's hoping the momentum continues onward with this adventure, and what Telltale Games learned from their errors last season will be kept in mind throughout its run.

Background Noise: Waiting on a Song by Dan Auerbach - Even without his Black Keys cohort Patrick Carney, Dan Auerbach sounds like he's in a happy mood in his latest solo album. Keeping it folksy for the most part, the ten-track record feels like a lost gem from the Summer of Love, with "Livin' in Sin," "King of a One Horse Town," and "Stand by My Girl" keeping things nice and groovy throughout its run. It's the kind of album to spin on a warm sunny day, especially if you're about to celebrate Founding Day with a couple Slime Dives and a Reuben-themed parade.