Damn, it's hot! I have to go out in the sun every once in a while, but I spent a lot of time watching every anime I could. 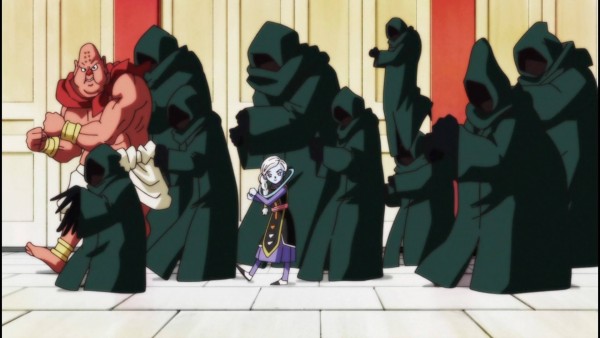 We're now in the middle of a tournament arc- one that will decide the fate of many universes! I love Dragon Ball, and the Universe Survival arc is incredibly satisfying to me. I don't know how the wider Dragon Ball Z fandom feels about the tone of Super, but I appreciate that the series is more light and fun. I don't think you can have the tone of Dragon Ball Z these days; the 90s was all about EDGE and EXTREME moments! Dragon Ball Super is like a teenager who has grown up and now has a kid of her own. We can have the awesome fights, but let's not be so serious, okay? 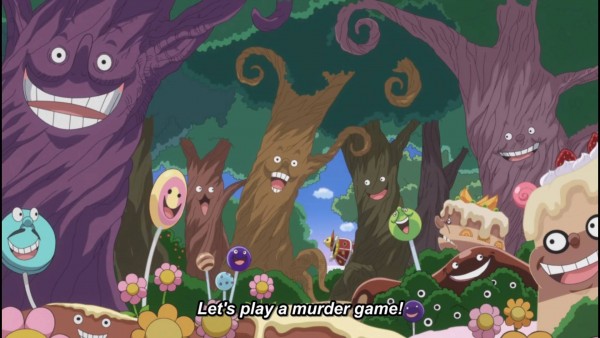 I can't believe it, but I am nearly caught up with One Piece. I've taken time off of it, because an arc has been slow, or there's too much too watch. Since it looks like they may be catching up to the manga, One Piece seems to be slowing down. I think the current arc, where the Straw Hats fight a gigantic, ruthless pirate and her scores of children, is pretty good so far. 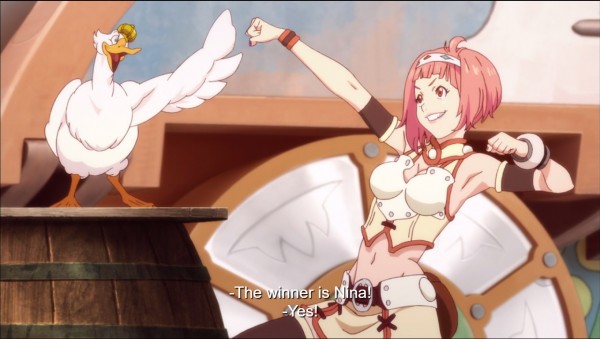 Rage of Bahamut is a delightful action adventure series that continues to deliver. While we don't follow the characters from the first series anymore, the new characters are delightful in their own way. There are certain characters who return from the original Rage of Bahamut, but this is all about Nina, a girl who is also part dragon. She gets tangled up in the mess that the humans, angels, and demons have started, yet again. 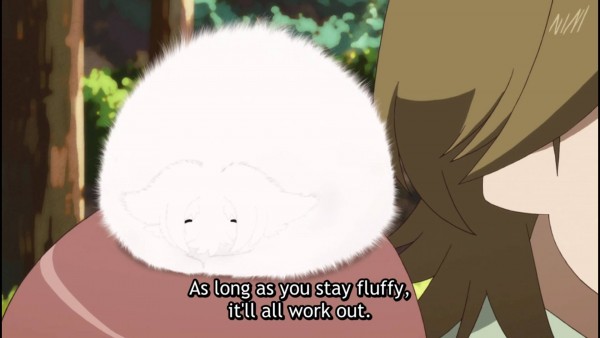 The Eccentric Family could've stopped with one season, and it would have been more than enough. The Eccentric Family is a wonderful light-hearted drama that just happens to be about magical tanuki and tengu living in modern human society. It's risky to continue the story, bring in new characters, and introduce new storylines. After watching the news season, I can say that I am overjoyed that I could have one more experience with this wonderful show. There are few anime that are as great as The Eccentric Family are. 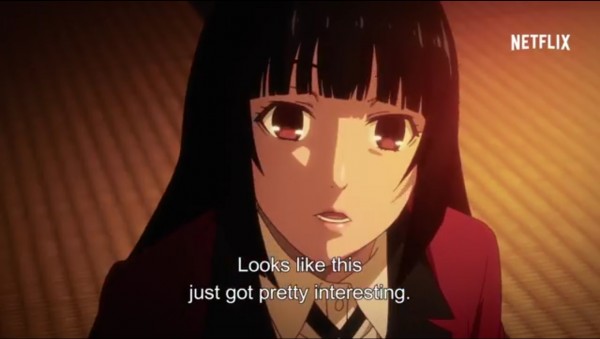 Kakegurui, or Kakegurui- Compulsive Gambler, is about crazy gambling and the obsessed gamblers who love it. Thanks to Netflix' release scheme, people who are waiting for a legal stream will have to wait until 2018 to see it. Meanwhile, pirate streams are happily taking advantage. I want to see this crazy, over-the-top series right now, and I have to wait while Netflix dubs Kakegurui into like 10 different languages. 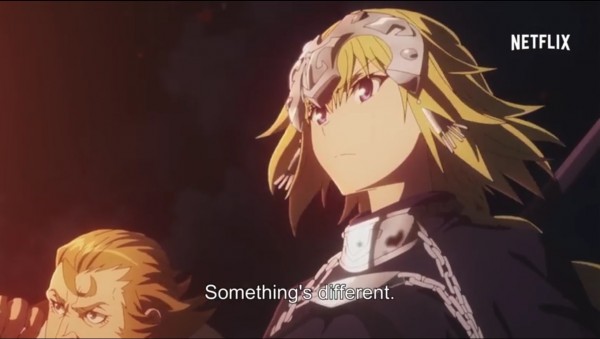 I'm not really a Fate fan (don't hate it, don't love it), but I've at least tried out each of the Fate anime, and I'll try this one out when it comes to Netflix. This is different than the others, because it's an alternate history of the Grail Wars. I think alternate history will work great for me. I don't have to worry about any continuity. Unlike Kakegurui, Fate/Apocrypha is coming out this year! In 3 months, Fate will be released for US audiences, and worldwide in December. 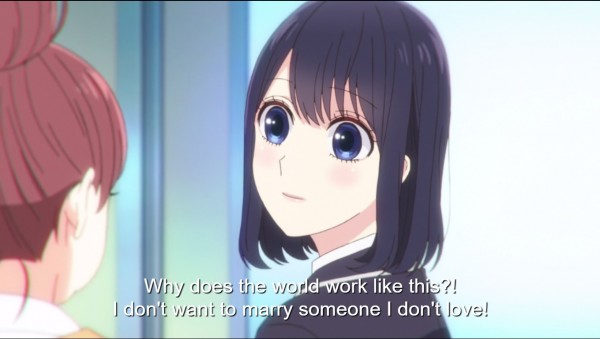 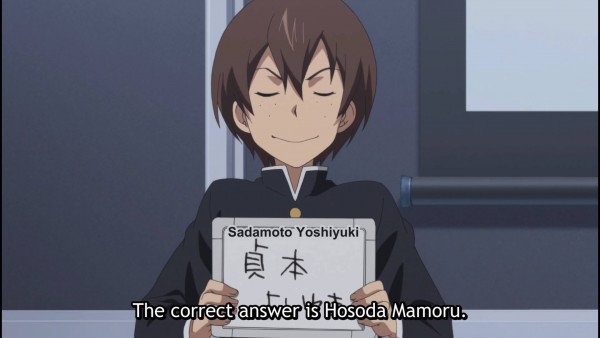 Anime can be made about any topic, even quiz competitions. Hey, if Spider-man Homecoming can touch on quiz bowls, then why can't Japan? You never know how much a show like this will appeal to you. It's all in the tone, and Fastest Finger First isn't completely serious about its subject, but it is also very enthusiastic about it.

Welcome to the Ballroom 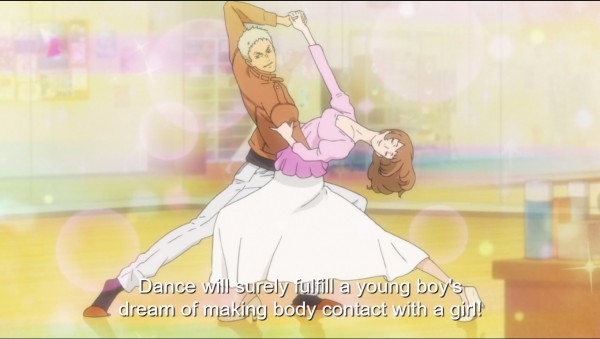 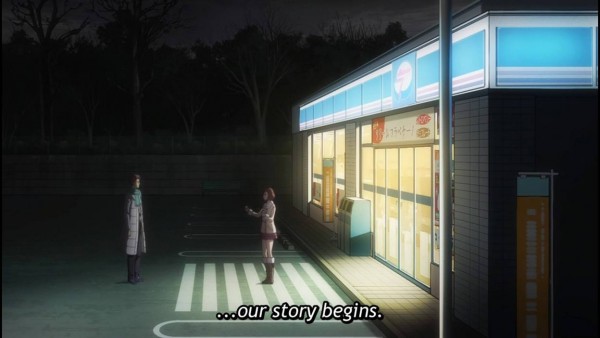 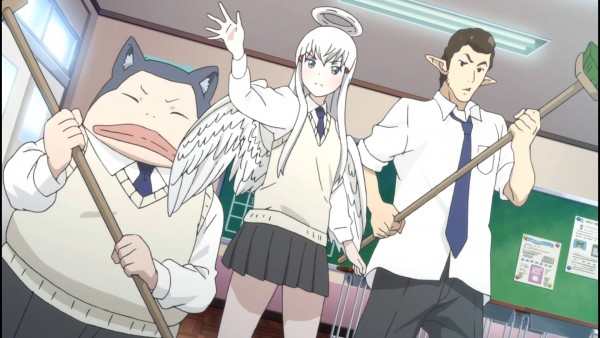 Pilot episodes are hard. You have to make a good first impression, or you may not have time to make a second one. I was confused by A Centaur's Life in its pilot episode. We begin in the middle of things, when students in this animal hybrid world are preparing for a play. Although our centaur girl is supposed to be our main character, she isn't focused on that significantly. It's more about the world, and its unique quirks. Most of the time, you'll ask yourself a lot of questions about this world, like why do centaurs where full pants, and why would they even bother to? The second half of the episode touches on the origins of this hybrid world, but there is some kind of dark, weird undercurrent to this world. Is this show going to head into unsettling territory? Why introduce such things in a slice of life type show? I have too many questions.

My First Girlfriend is a Gal 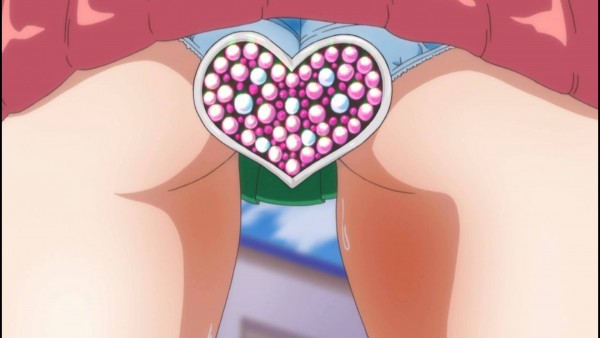 My first gal-related anime was Please Tell Me! Galko-chan, which exposed me to a filthy, funny side of Japan. My First Girlfriend is a Gal isn't as funny as Galko-chan, but it is a cute romcom with a filthy side. The gimmick here is that, as is always the case, people think that gals are sexually promiscuos and disgusting. Junichi and his friends think that Yukana is such a gal. Her secret is that she's just like any other girl who wants to be in a relationship, and she is a gal in appearance only. She's also smarter than the average gal, so she is a step ahead of the immature Junichi. So I would say give Galko-chan a look first, before you check out Girlfriend. 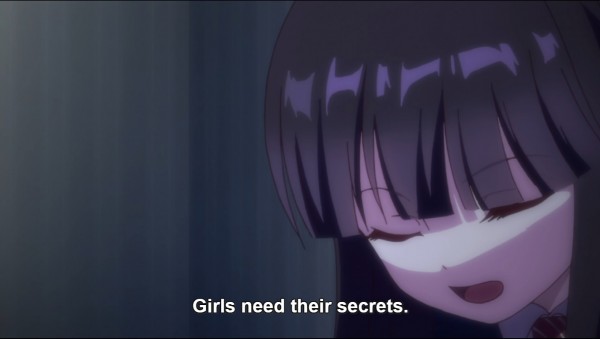 It's good to let a story surprise you. Netsuzou TRap (or NTR- the Japanese equivalent of cuckolding) looked like it would be this sexy, naughty show about two girls who have started to cheat on their boyfriends. It's much more than that. When I watched a few episodes, I was reminded of Scum's Wish, because NTR involves young students in sexual relationships. Scum's Wish has superior writing, but NTR ended up impressing me more than I would've expected. This isn't simply a "sexy time" show. There's actual emotion behind this yuri cheating show.

Classroom of the Elite 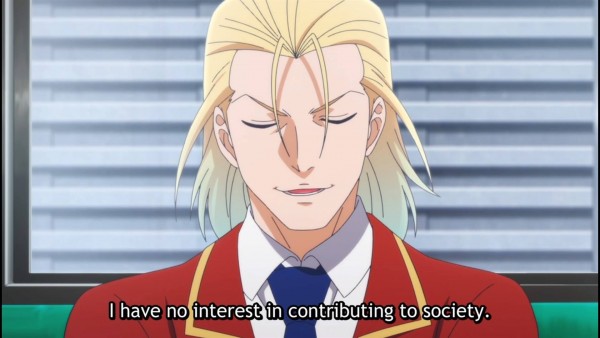 It took some time for me to get friendly with Classroom of the Elite. When any fiction starts out with philosophical quotes, it makes me wonder if I'm going to take a trip down Pretentious Lane. The only show I like quotes from is Gintama, and that's because Gintama comes up with their own ridiculous, funny quotes. Then I gave Classroom of the Elite a few episodes. I don't mind the quotes so much anymore. I even liked reading some of them, because I'm not the most well-read person.

The show itself is basically like a bloodless Battle Royale. The D class, the class we follow, is at a school that uses a points system to rank their students. D class is far from elite, and they're fighting to rise up. Their only hope is in Kiyotaka; a monotone, cunning kid who is trying to stay well under the radar, and Suzune, a smart leader who is trying hard not to care about any of her fellow classmates. Together, they are trying to work around the rules of the system they've been placed in, which is why I'm still into the series. I like to see a system overturned, with people using the rules against their overlords.

Lights of the Clione 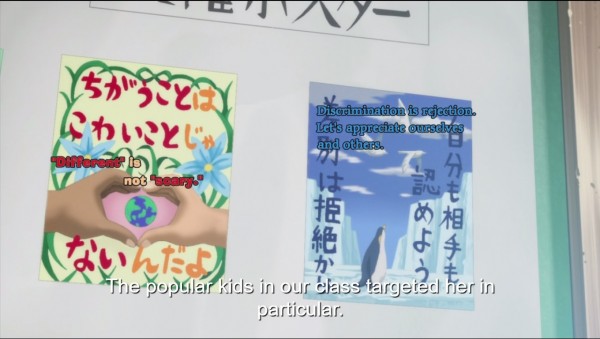 It's low budget. It's barely animated. It's by a totally new animation studio. Yet, I want to see what happens by the end of Lights of the Clione. I don't think bullying is a topic that has serious attention paid to it in anime. I couldn't think of one show that focuses on it for more than one episode. What Lights of the Clione does is document the slow progression of a classroom from one that treats a girl as a total pariah and scapegoat, to one that slowly realizes that their bullying and finger-pointing is toxic. It's not a well-executed show, but the heart of the show is what matters.

Altair: A Record of Battles 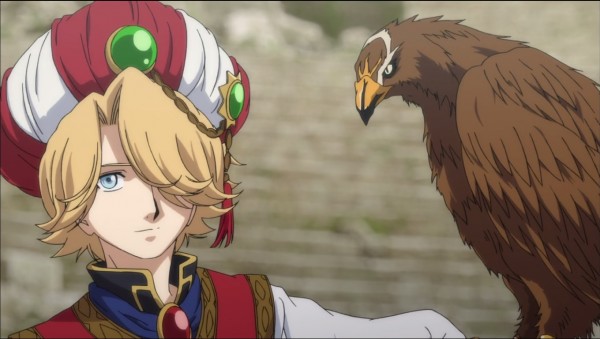 I made the same jokes as most people did about Altair: it looks just like The Heroic Legend of Arslan. I still hold that it could have taken place within the same universe. What's different about Altair is that the protagonist isn't a prince with many people to aid him in his quest. Mahmut only has his skills and wits to help him- and his badass hawk. So while I wait for Arslan to come back, I'll enjoy Altair. 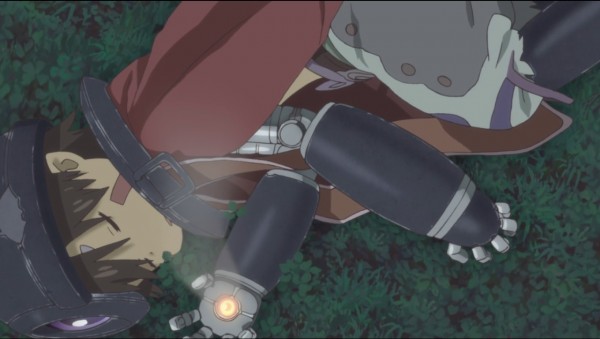 It's so gorgeous. When I finished the first episode, I had never been so sure about an anime this season. I want to watch every episode, and enjoy it as much as I did the first episode. The world of Made in Abyss looks so fascinating that I want to tie a rope to my waist and explore it on my own. Made in Abyss is about a young girl who is eager to explore the wider, deeper world. When she finds a robot boy while exploring 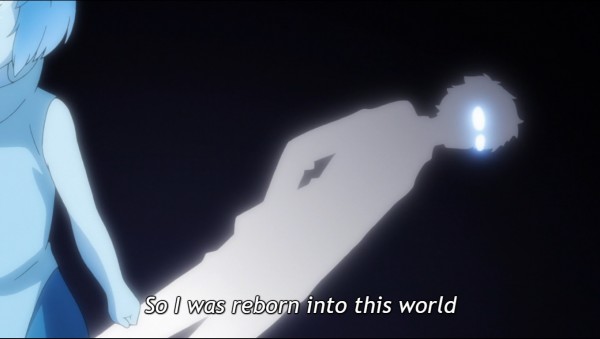 Stay with me on this one! You have probably recognized that the title of this anime is terribly incorrect; there's an apostrophe where it's not needed. Knight's and Magic is really good, though! It's about a man who is reborn in the fantasy world of his dreams. He was a total mecha geeek, so living in a kingdom where actual mecha are piloted to fight giant monsters fits him very well. Knight's and Magic is definitely a mecha show, but it's more of a model builder anime. There is a significant focus on how to make mecha stronger, faster, and more powerful, which I don't see often in anime. I am surprised that I love this show so much. 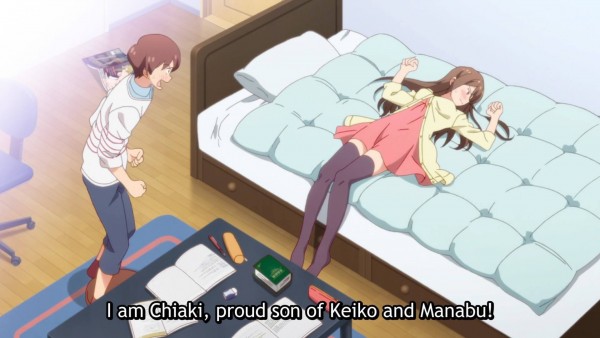 Tsuredure Children boasts the best concept for a romance anime I have seen in a long time. In live action film, there are many ensemble romances, but I don't know one anime that has starred so many couples at once. Tsuredure Children is cute, funny, and lovely. If you like romance, I think you can find a couple that you like most; there are like 10 couples to choose from. My favorite couple is Kana and Chiaki, a couple who treat each other like a comedy duo. 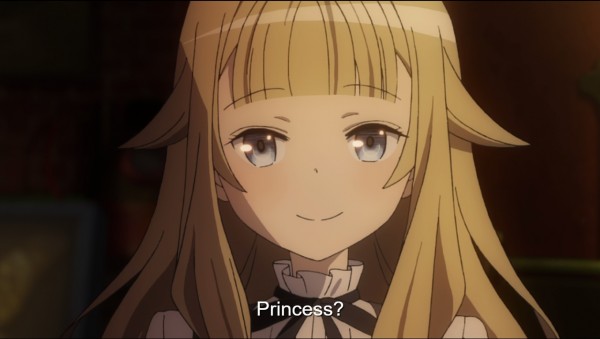 If Made in Abyss didn't exist, I would give Princess Principal most of the style points this season. Princess Principal is a stylized, steampunk (or magic mineral punk, to be more precise) historical fiction about girls who are also spies/assassins. They all unite under a Princess who has grand ambitions, and a secret history. If you love spy fiction, I think you will like this. If you like cut girls doing very, very bad things, you will like Princess Principal. This is my #1 anime of the season, and I hope it leads to another season.

Okay, so that's it for the summer! If you want to share your top anime, feel free! I have watched every anime that was available, so I'd like to hear your reactions to the season.