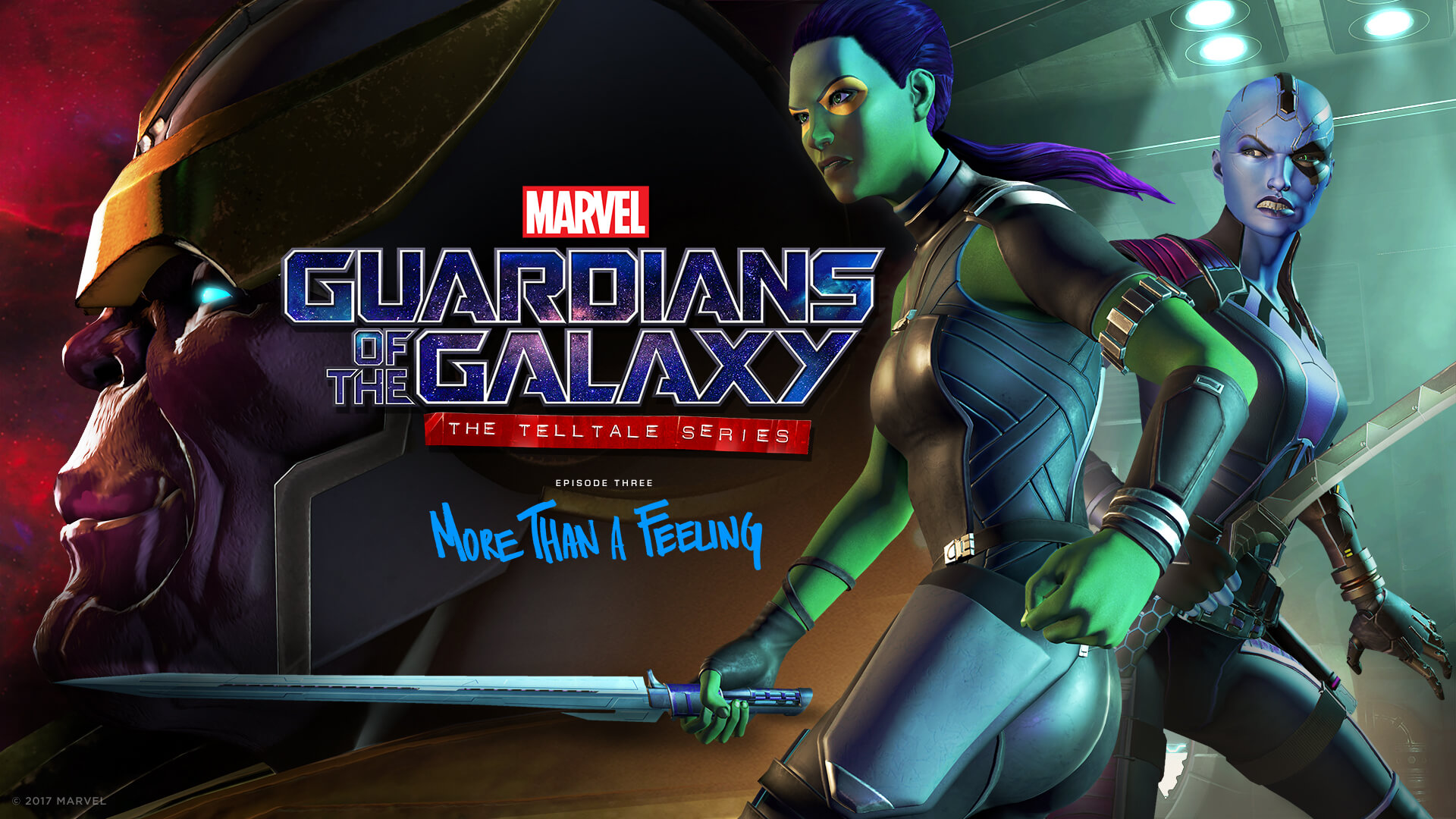 Okay, Telltale Games. Now you're getting somewhere with Marvel's Guardians of the Galaxy! The first two episodes of their adaptation of Star Lord and his bad company had its stumbles and missteps. Finally, after some strange plot twists were glued together, the flow of this massive universe had its moment of clarity. All it took was the addition of a new cast member to sort through the mess.

"More Than a Feeling" has Peter and Gamora both reliving past memories, as the two enter through the Temple on Emnios. Walking towards a casket, Peter reawakens an alien named Mantis, who served as the Eternity Forge's guardian. With the ability to read people's thoughts, emotions, and memories, Mantis sets the bickering crew straight to a passable extend. From there the crew head to Kree's Sacred Shrine on Drobino, with Peter having to choose one of two options: empower the Forge to bring people back to life, or destroy it to keep it out of enemy hands. 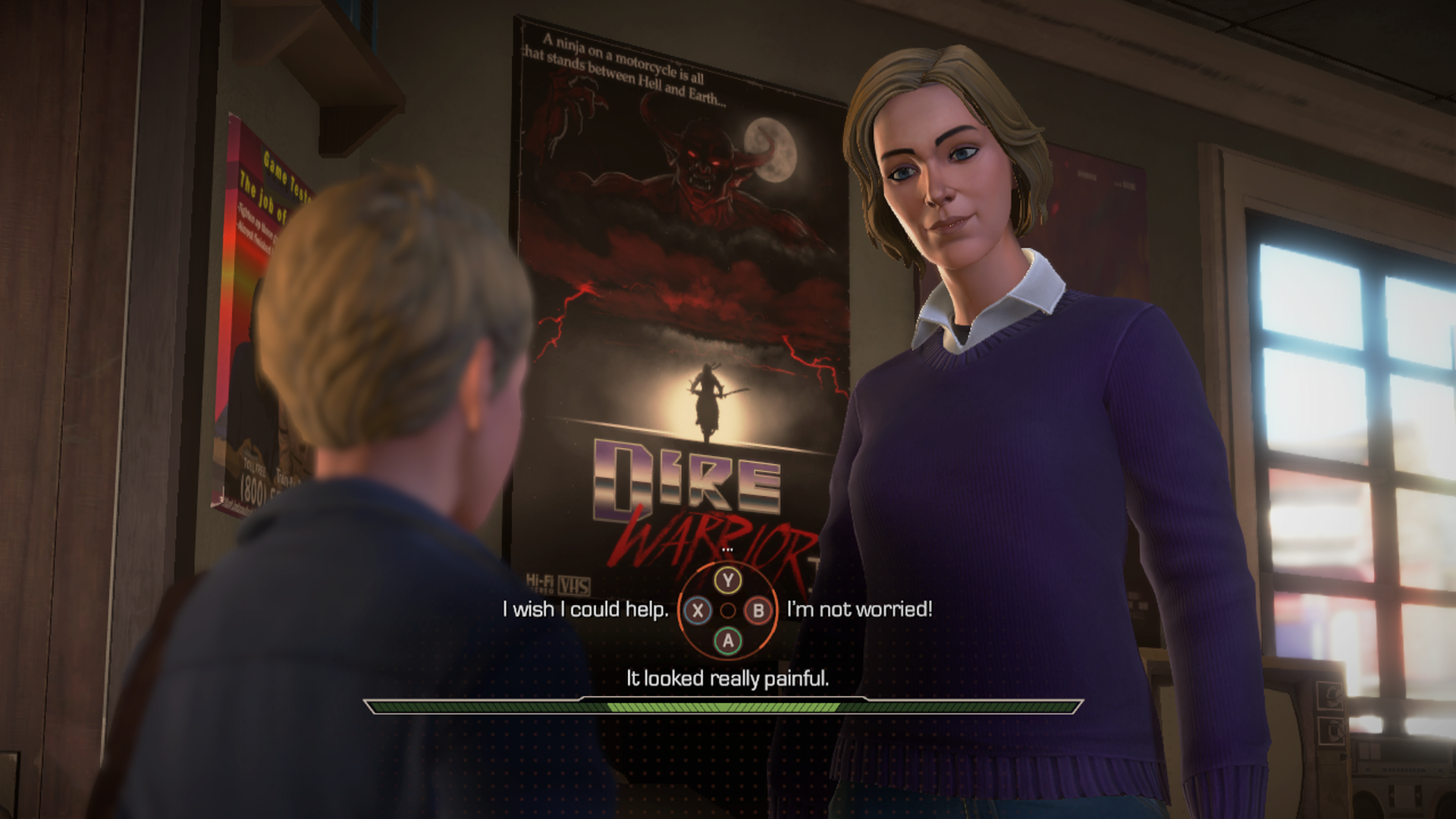 This was the first time throughout Telltale's adaptation that it legit had the Guardians of the Galaxy vibe. The humor, action, and soundtrack meshed perfectly together to make something that Groot would describe as "I am Groot." I couldn't help but feel overjoyed while playing through "More Than a Feeling," with its QuickTime Events encapsulating the slick-yet-rough hands-on approach the crew is known for when in battle mode. (It should be noted that its montage scene to Three Dog Night's "Shambala" is one of the funniest moments in any video game of 2017.)

When it came to the choose-your-route mode, it was quite challenging to choose over which path to take when it came to the Forge's fate. Even as I played through and nearly reached that deciding moment, I had to balance out which would be the better situation. On one hand, reuniting Peter, Rocket, and Drax with their loved ones sounded great on paper. However -- as both Gamora and Groot pointed out -- empowering it and then finding the enemy grabbing hold of it would spell bad news for the entire universe. Needless to say it was quite the pickle choosing either to keep or destroy such a powerful relic. 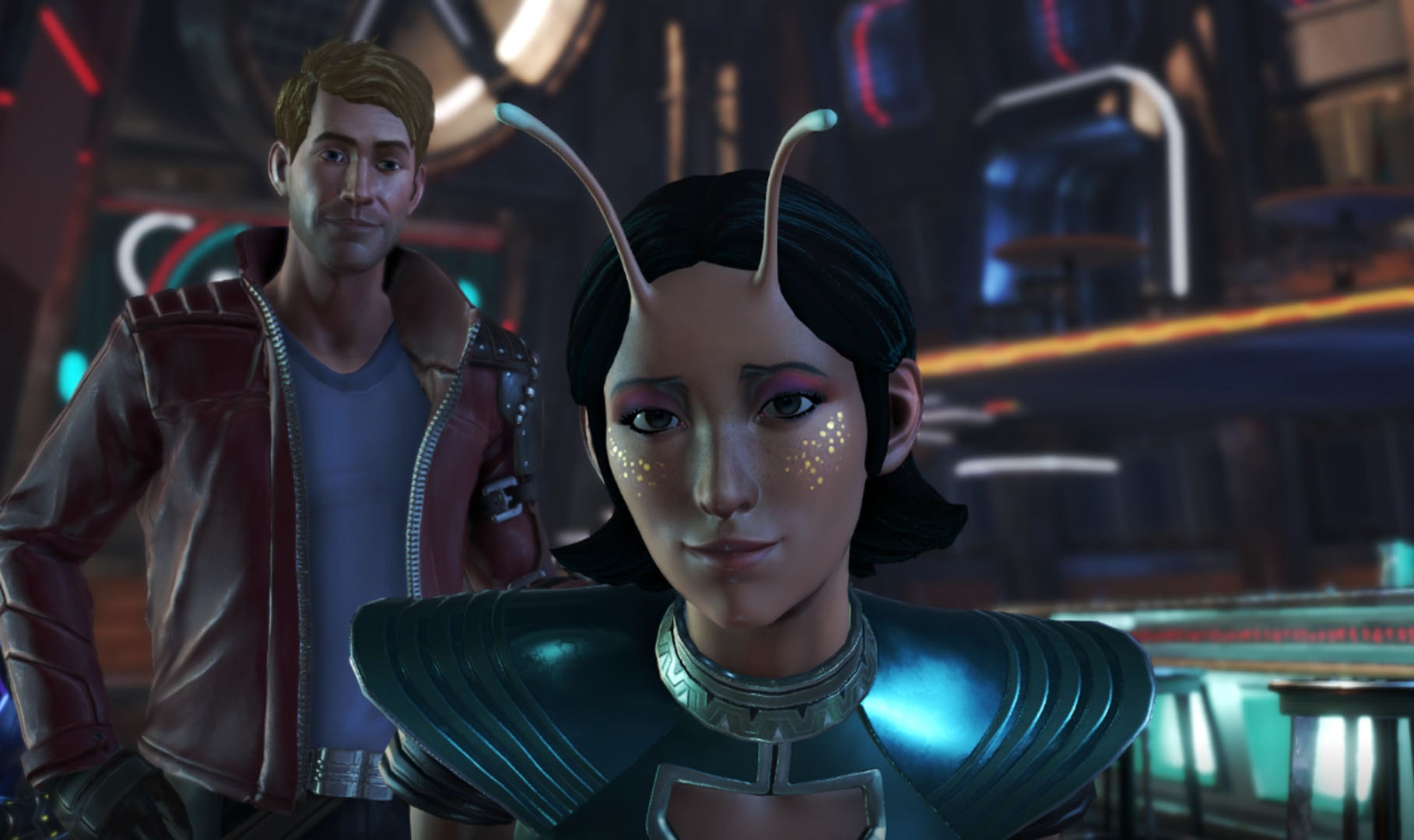 This time around the cast felt in-synch with the characters they were playing. Nolan North has since changed my mind when it came to his portrayal of Rocket Raccoon, bringing about the right amount of gruff and sympathetic bad boy. Scott Porter has embraced Peter's douchebag side, whereas Emily O'Brien's Gamora wonderfully balances the warrior mentality with that of a caring sister. New to the cast, Sumalee Montano's Mantis is filled with laughs, serious moments, and innocent adorableness. (It served as a quick reminder of why she was my favorite character in the film's sequel.)

"More Than a Feeling" is exactly that for Telltale's Guardians of the Galaxy adaptation. Funny, action-packed, emotional, and a great soundtrack to boot, it's what the series should've been from the start. Now let's just hope they keep the momentum going with the next episode.

Background Noise: A New World Record by Electric Light Orchestra - Whenever you pop on Telltale's Guardians of the Galaxy, the first thing you hear is this album's classic gem "Livin' Thing." Of course that's not the only memorable track to pop up in this 1976 classic record, with "Telephone Line," "Rockaria!," and the ever-so-catchy "Do Ya" (a self-cover from Jeff Lynne's former band The Move) hitting all the right notes with epic vitality. It's the sounds of space & time waltzing throughout the Milky Way, a move I'm sure Star Lord has tried on many a one-night stand.