Great news: they made a sequel to Rock of Ages! Even better news: we're not talking about that crappy hair metal musical! The best news: it succeeds far greater than the first one!

Atlas has gone and misplaced the globe, accidentally grabbing Sisyphus's rock while God takes his sweet-ass time working on creating stuff. Escaping from his tiring job, Atlas seeks to defeat the likes of Richard the Lionheart, Medusa, and the Scream painting by besting them in a battle of crushing stuff with a big boulder. As it was in its predecessor, Rock of Ages II: Bigger & Boulder (note the pun) has you defending your hero's territory while destroying your enemies. With enough slams of your boulder, you'll be able to break the foe's door down, give him a good squashing, and proceed to dance on his flattened corpse. 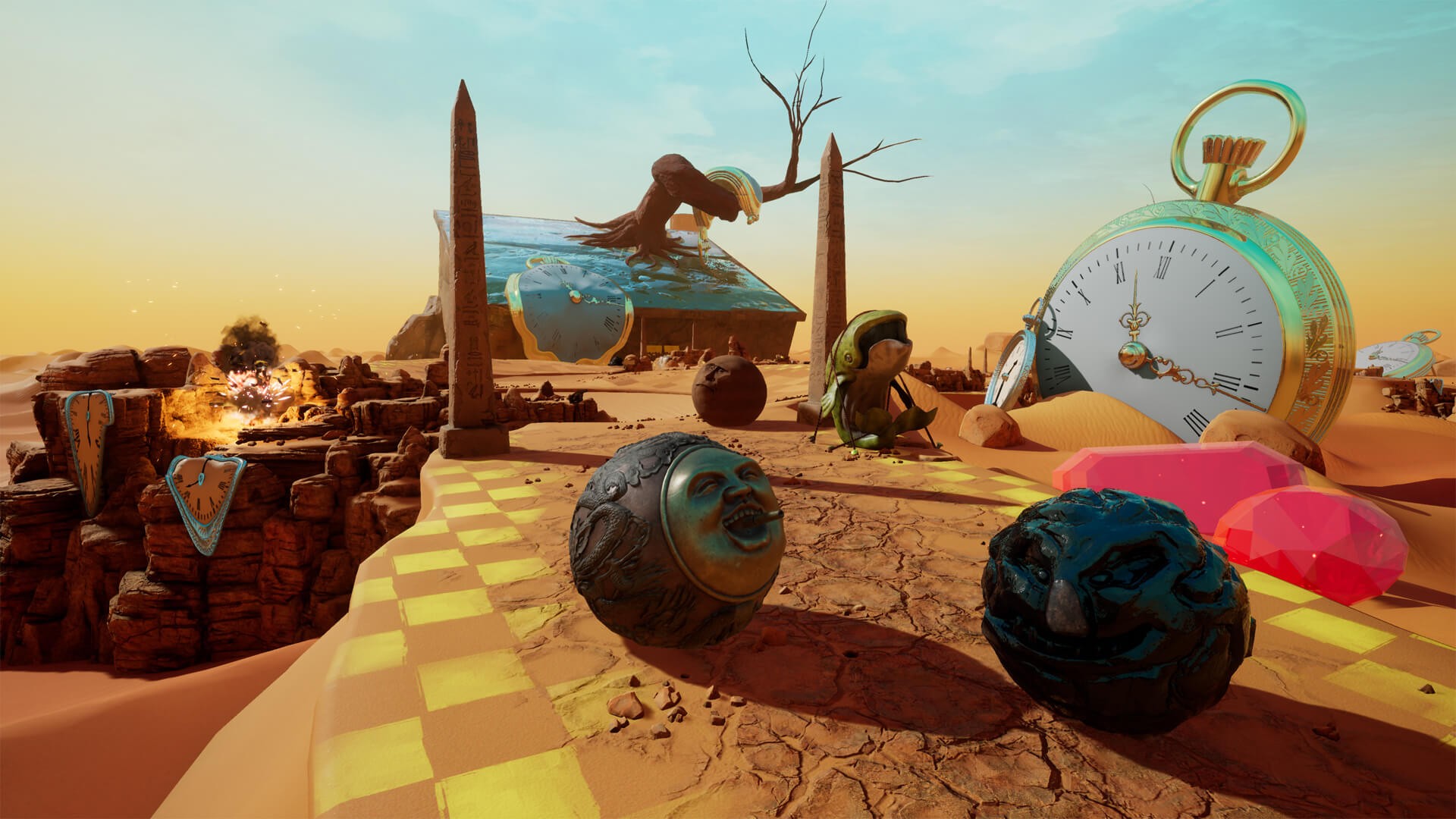 Before you are given a chance to roll down and literally crush your enemies, you'll be tasked to set up buildings, weapons, and helpful animal folk that'll aid in damaging your opponent's boulder. It's a trial-and-error approach, as you'll have to read the area and test out where your enemy plans to go. Sometimes it's easy to predict when the path is narrow, but the wider the place the more chances that evil will triumph. However that means that you'll also have more openings to seek out a good route towards victory.

Rock of Ages II is the type of video game you put on when you need to thwart away some frustration. While it has more brains than your run-of-the-mill first-person shooter, this tower defense game comes packing with one hell of a funny bone. Its story is told via Terry Gilliam-styled cut scenes, with dialogue and action that'll have you laughing your ass off at every turn. Nothing is sacred, from beloved video games like Frogger and Pokémon to the most classical works and figures of world and art history. (You'll also get to see William Wallace deal with his Mel Gibson counterpart in the most knee-slapping of ways.) 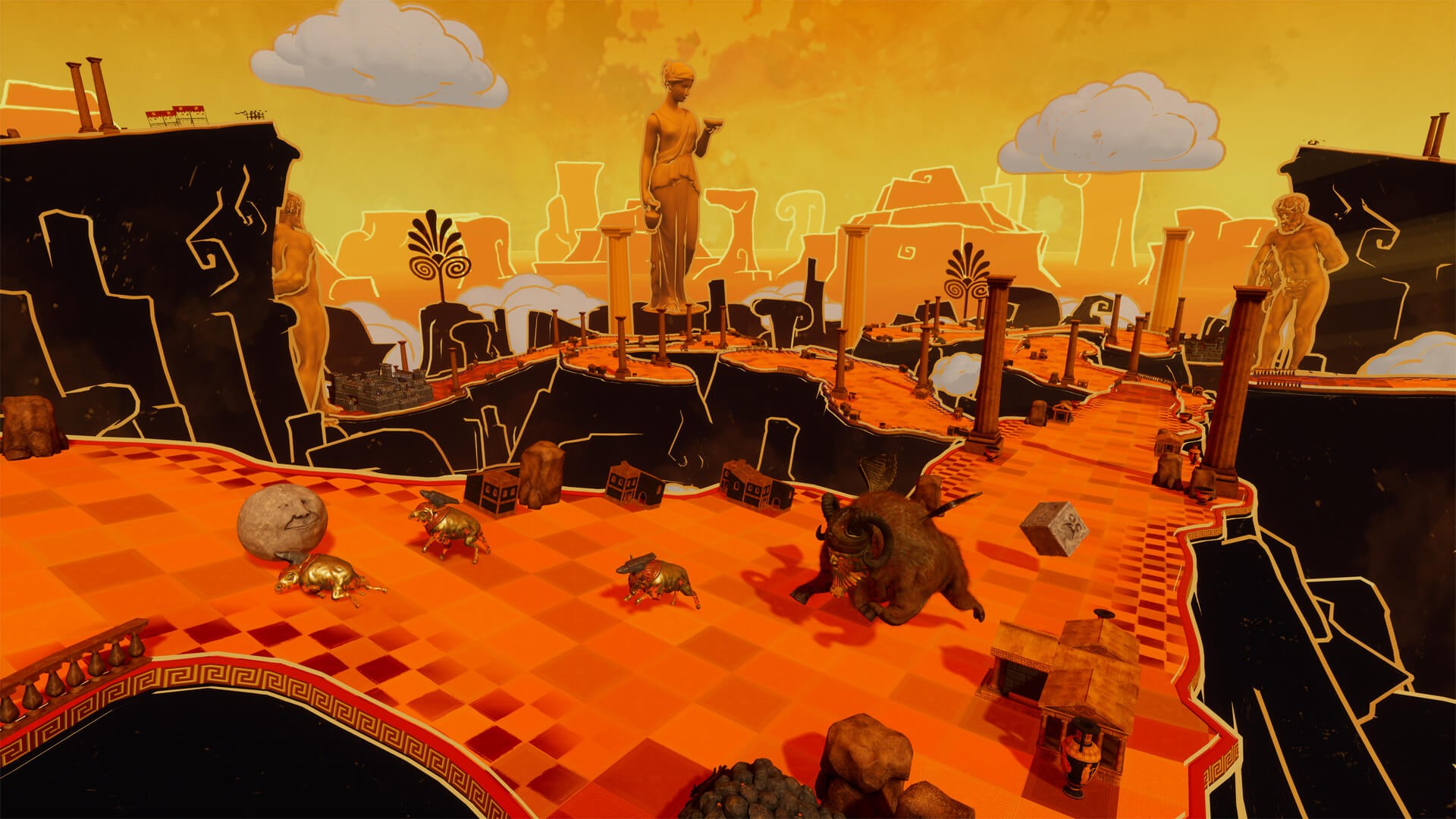 Of course as tower defense games go, there will be times where you'll have to redo areas over and over again until the battle is finally won. This happened to me on a couple occasions, especially with my fight with Adam & Eve, where it took me almost an hour to fully read my opponent's moves and defenses. Its difficulty spike is the one flaw that keeps Bigger & Boulder from being an absolute blast.

Boss battles add their own sort of challenges, with a battle between the Thinker having you time your rock's pounces for the right moment. It can be simple at first, but when cannons and catapults attempt to throw your aim off the task at hand becomes far more difficult. While I don't wanna spoil anything regarding the battle with God, let's just say you'll never look at a certain soccer game ever again afterwards. These battles are varied, keeping them from getting stale whenever you have to go up against the big baddies. 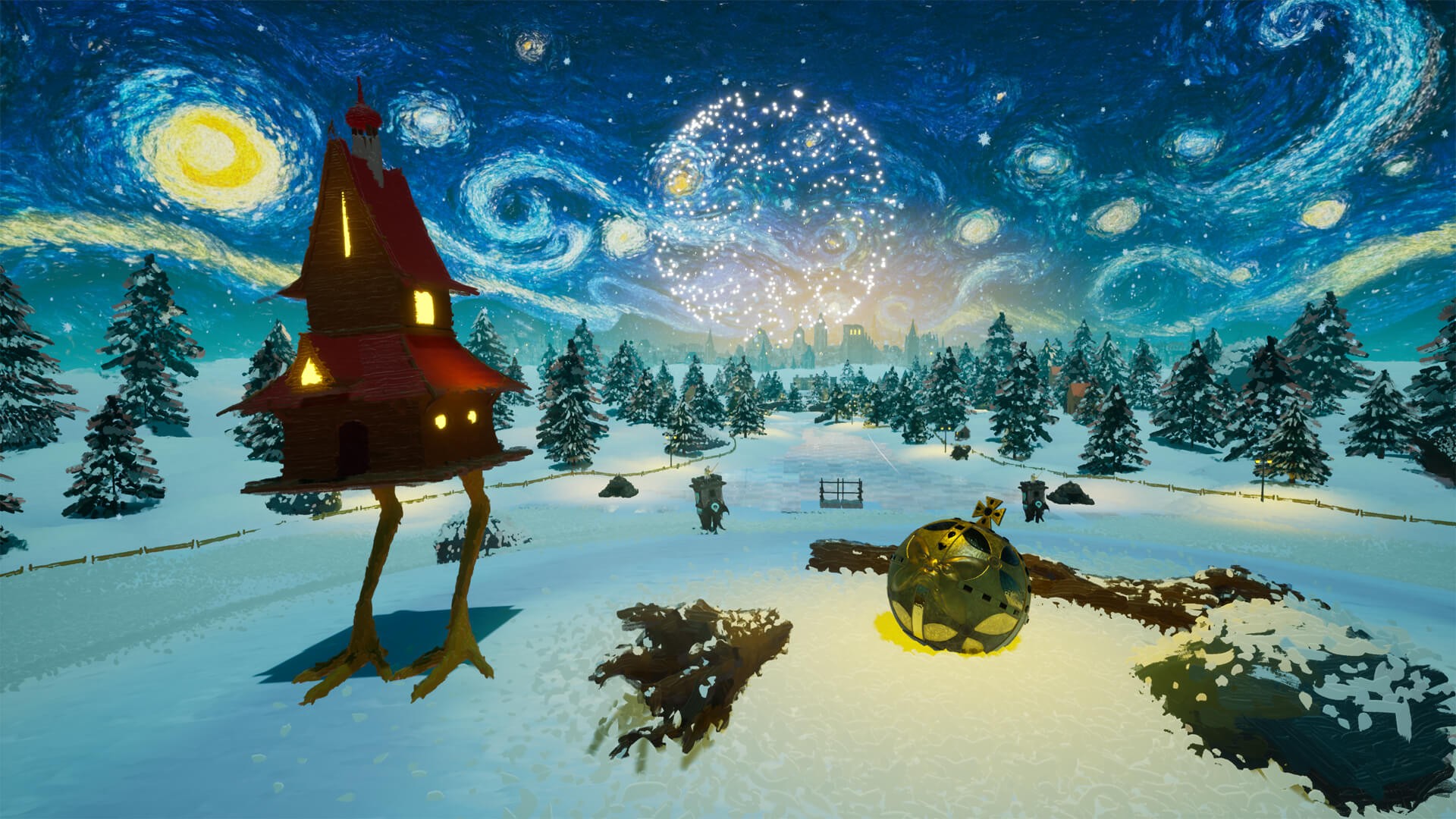 Outside of the single/co-op modes, Online Mode will give you the chance to face off against up to three others in races and the main PvP fight. Having a team of two attempt to squish your enemies can be very chaotic, but it makes the fights all the more unpredictable and exciting when you have to thwart off two boulders rather than just one. The only downside is that the Online Mode doesn't contain a way to play the final boss mode one-on-one with friends and other gamers.

Rock of Ages II: Bigger & Boulder is one of the funniest tower defense games ever conceived, one-upping its predecessor in every way. ACE Team has revamped its original idea and made one of the best sequels of 2017. Dive into the madness that is Rock of Ages II, if you've got the boulders to do so...

Promotional consideration provided by William Chan of Atlus USA. Reviewed on the Xbox One.

Background Noise: Beyond by Freedom Call - Germany's power metal heroes know how to craft melodies that are perfect for the greatest of battles, and their 2014 album is no exception. With hymns like "Come On Home" and "Rhythm of Light" paired with the headbanging "Among the Shadows" and "Follow Your Heart," the fortitude that zaps into your brain as the music's glory reins into your soul. With this album in your playlist, your enemies will be crushed with ease...so long as you've got a big enough boulder handy.