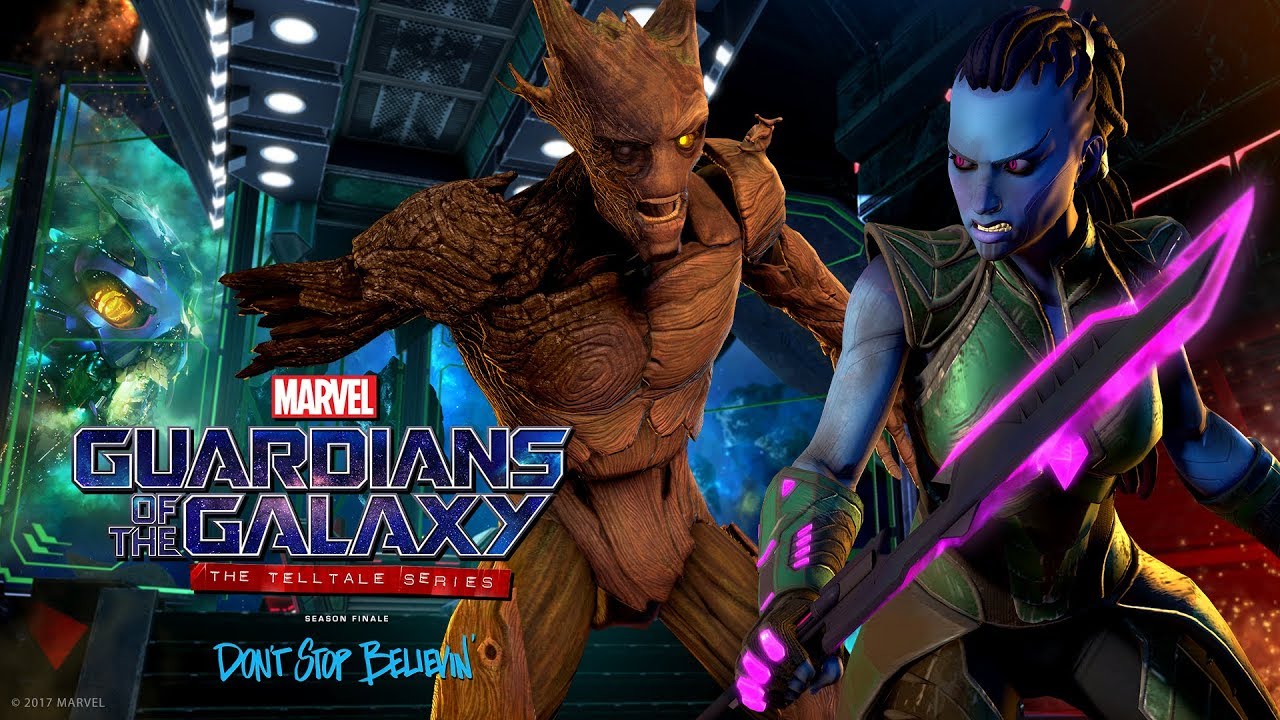 And thus, we've returned to Star Lord and the gang. Rather, what's left of the gang after the end of Episode Four. With Peter left sitting in a bar as Hala destroys everything surrounding her, an epiphany of sorts brews in his minds: without the rest of the team intact, they're basically screwed. Aided by Groot and Mantis, Peter digs deep into finding a solution to get the gang back together by using the most powerful force around: emotional feelings.

It's apparent that Guardians of the Galaxy would somehow find a way to plug in a love & peace solution into one of their major problems. After all, the soundtrack that blares throughout its run is made up of the sounds of that bygone era. How "Don't Stop Believin'" manages to do that without looking corny as hell is quite fitting for both the mentality of Star Lord and the mantra that he often stands by. What's even more surprising is that it's not done in a jokey manner whatsoever, resulting in a deep and revealing side of the crew that's usually reserved for the original comics. 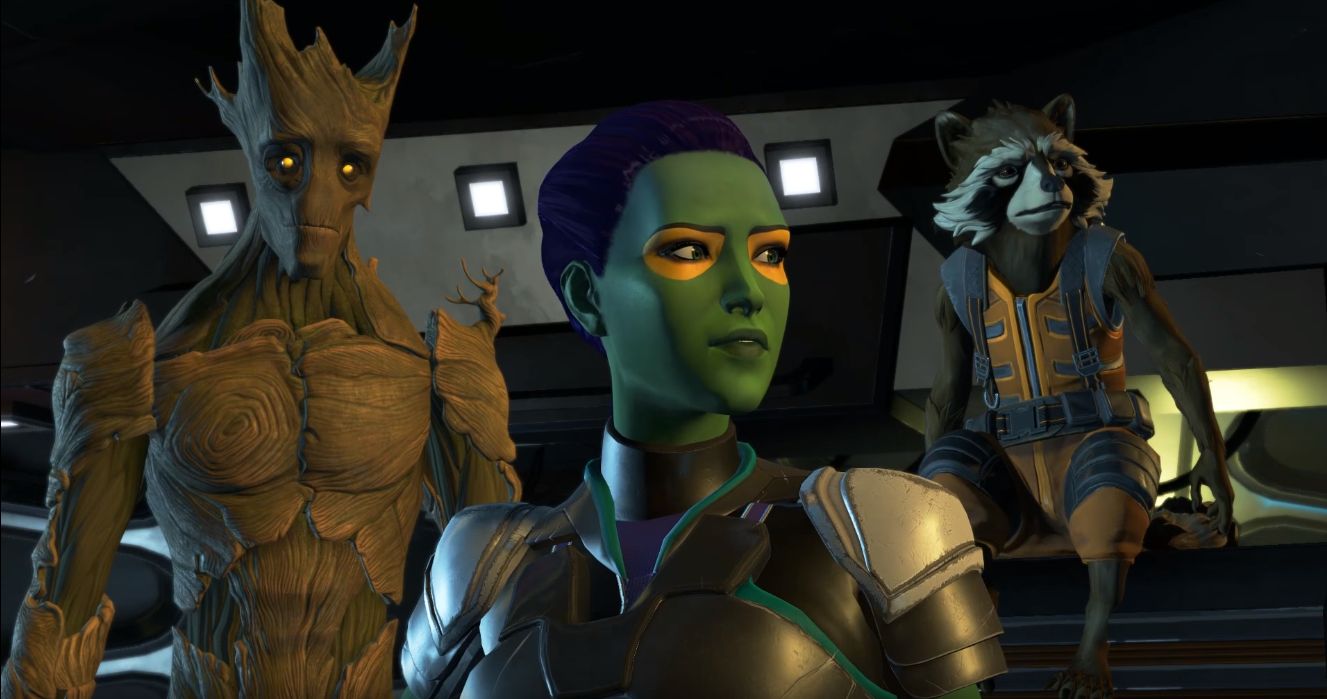 Although this scene and the reunion of the other lost members dives deep into some great storytelling, it's when it's time to throw down against the psychotic Hala when we get back into the groove of things. With a crazy plan that's more destined to fail than succeed, Peter, Rocket, Groot, and the rest of the team do what they do best: blow stuff up whilst coincidentally saving the galaxy. The battle wages on, with smart-ass bantering and things going boom in all the right places.

For a series that started on the wrong foot, Telltale Games managed to take Guardians of the Galaxy and bring it towards a wild and memorable conclusion. From its well-written dialogue, fun action sequences, and a killer soundtrack to boot, this adaptation of Marvel's beloved gang of misfits learned from its past mistakes and proceeded to mend them in the best way possible. However that isn't to say that their errors should be stricken from the record entirely. (If Minecraft: Story Mode had done that, the current season would've been as flawed-filled as the previous one.) 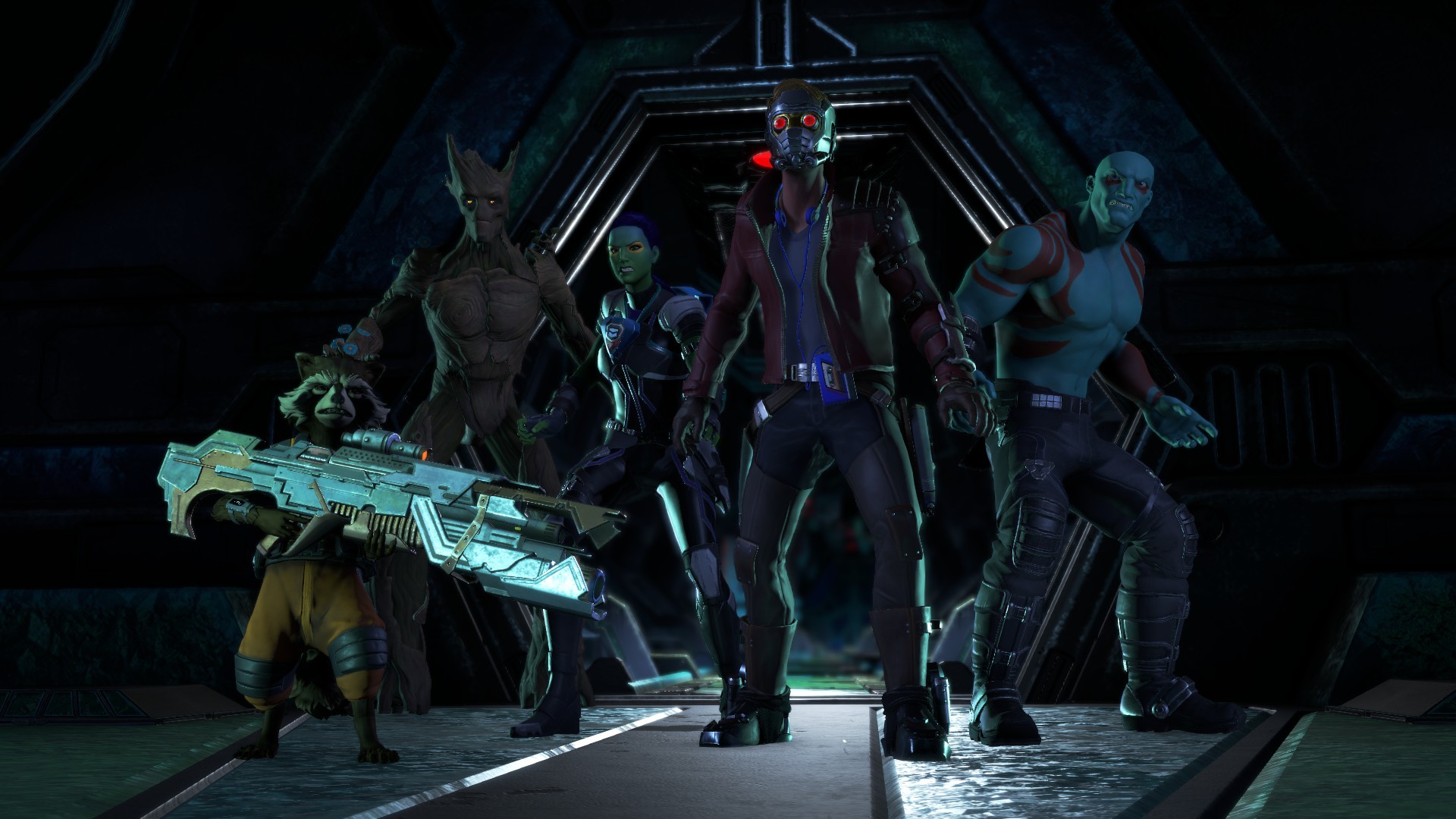 Of course, even ending the series on such a high note doesn't mean it was all perfect. While playing I noticed some strange anomalies with the character models interacting with one another. One such instance involved watching Peter somehow putting his hand inside the strange space worm he befriended in the previous episode. I get that it's nitpicking some tiny little flub, but considering it's 2017 and game developers usually work their tuchuses off to avoid such a graphical issue, it's an error that I can't look past this day and age.

In the end, Guardians of the Galaxy managed turn itself over from being a poor adaptation of its source material to one that fits perfectly with its lore. While it may be some time before we get another season of it, this adventure with Mr. Quill, Drax, Gamora, Rocket, Groot, and Mantis will be fondly remembered as having a banger of a finale. When it comes to the success of these Guardians, the episode title said it best: "Don't Stop Believin'."

The season finale of Guardians of the Galaxy ends things in all the right ways. Even with the flaws of the first two episodes, the conclusion manages to iron out the wrinkles and present players with a top-notched story that's nearly on-par with its film adaptation. Whenever the time comes for this oddball family of crazies to jump back into the fray remains to be seen, but until then they've earned a well-deserved break from it all. Now about Thanos...