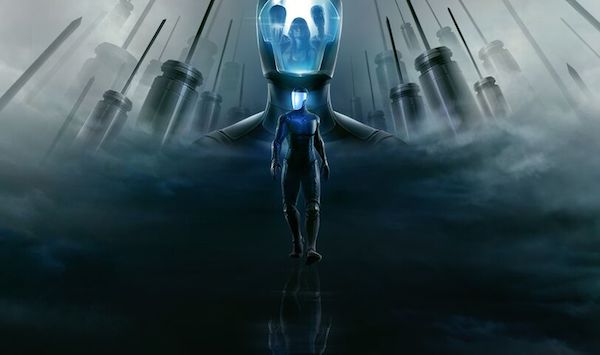 Crashing down on us in 2014, The Fall was a fascinating adventure game with some admittedly clunky combat. The story mainly consisted of a combat suit with artificial intelligence, named A.R.I.D. searching for medical attention for the passed out human inside of it. In a major twist, stop reading here and go play The Fall if you haven't already, the suit turned out to be empty the whole time and her whole purpose has been made null. As you might expect, I was eager to see where the story went from there and The Fall Part 2: Unbound does certainly go in some interesting directions.

Following suit with the previous entry, pun intended, The Fall Part 2: Unbound returns to the adventure game roots of the first game. Having been disassembled at the end of the first game, A.R.I.D. finds herself in a prickly situation when she gets attacked by a virus that threatens her existence. Traveling through cyberspace, she is attempting to trace the source of the virus in an attempt to find a way to reverse it. Along the way, she inhabits the bodies of three other robots and uses them to help accomplish her goal. 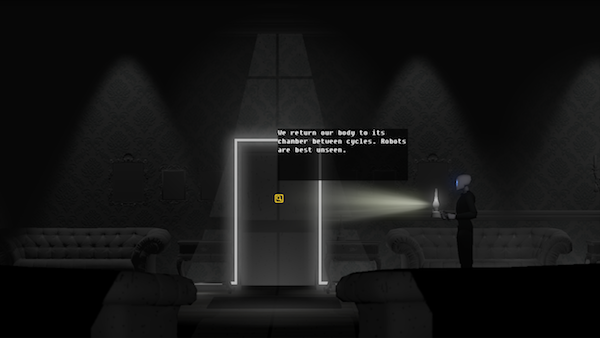 Coming from the previous game, where we were mostly sympathetic to the efforts of A.R.I.D., it was an interesting turnabout to work with the changes the virus had created within her. This leads to a much more icky feeling throughout the main campaign and a lack of control that mirrors how A.R.I.D. must feel in that scenario. I won't go into how that wraps up, but I thought it was a satisfying conclusion that paid off how the game had played out this far and presented some good messages about manipulation and cooperation. The mood of the game, set both by the story and the graphically-represented atmosphere, is rather dark. This is in keeping with the previous title and I like the style offered by the dark sci-fi art style.

Puzzles in adventure games are an intensely difficult needle to thread. Make them too easy and it feels like there's no challenge and make them too difficult and you feel like you're bashing your head against a brick wall. The Fall Part 2 does a good job of threading this needle most of the time, though there were a few sequences where I spent way too much time not finding a tiny item you can barely see on the ground. Each companion that you come across has a slightly different style to their puzzles, which is a nice way to shake it up. Each of these sequences felt different enough that the game felt fresh throughout. I ended up almost never getting stuck on one character, the companion, whereas I was constantly getting stuck with the butler. The "items" that the companion gets are often feelings that the characters she interacts have and she uses that knowledge to solve puzzles, which is something I haven't seen before with my somewhat limited adventure game knowledge. 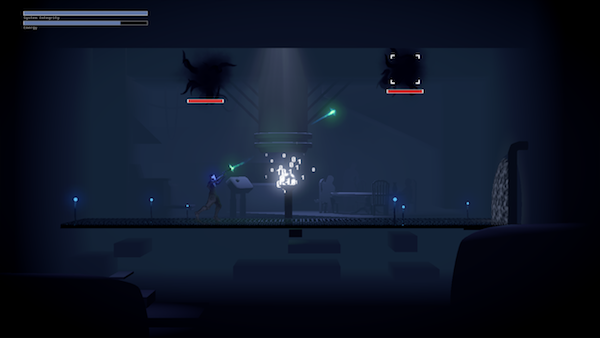 The combat has returned in The Fall Part 2, but it ended up feeling a bit different this time. Where the original relied mostly on taking cover and shooting at opportune times, Part 2 simplified it a bit. The enemies that require routing are all blobs in the cyberspace section. As they ready an attack, they change colors which gives you time to dodge and counter attack as it turns blue. This combat feels more tacked on than anything else, so much so that the game gives you the option to forego it altogether when you start your game. Even in the final section of the game that involves this combat, it never really becomes challenging in a fun way, it just seems like something to get through to access the next bit of story. 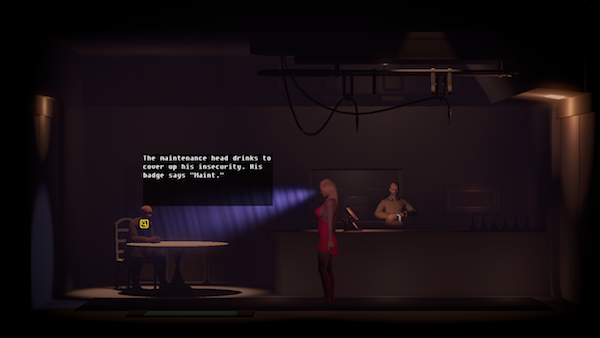 Expanding the series where it really counts, the story, The Fall Part 2: Unbound is a nice continuation for the sci-fi adventure series. Though the reinvented combat still leaves something to be desired, the game does offer the option of turning it off. Still, this darker take on the adventures of A.R.I.D. is a nice middle chapter and I look forward to checking out the conclusion to the tale when it comes out sometime down the line. You can get The Fall Part 2: Unbound right now for PC, PS4, Xbox One and Nintendo Switch.