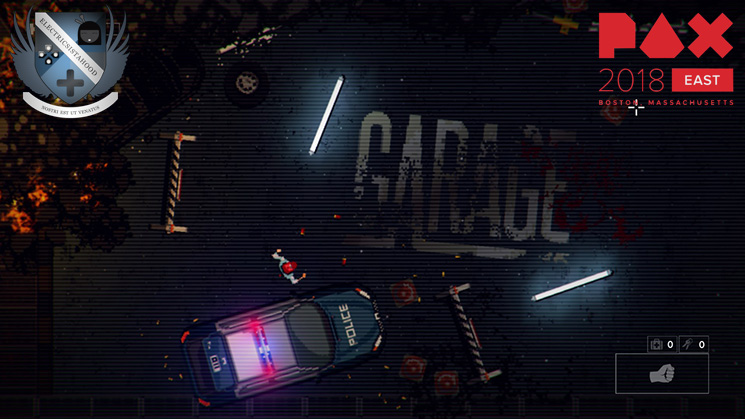 Let's be blunt: zombie games can be old hat in this current gaming market. Every developer and publisher has dipped their toe in games about the undead, not to mention just about the entirety of the entertainment industry. So it's a nice breath of fresh air to see some developers attempt to add something unique to the zombie game market, which is what I discovered when I went one-on-one with TinyBuild's Switch-exclusive Garage at PAX East.

A top-down survival horror game, Garage has players take control of the gun-totting Butch, who finds himself in an underground parking lot filled with the undead. Focusing on the first three areas of the game, my time with Zombie Dynamics' title had me slowly roaming the dark quarters while scavenging for supplies and surviving with what I got. As this was a player-friendly demo, this particular build was a bit more charitable when it came to ammo and supplies. (The main game won't be as happy-go-lucky with giving away necessities.) Although the main enemy is the undead, you will sometimes be greeted by trigger-happy policemen that would rather take their chance killing an innocent than risking their life being eaten. 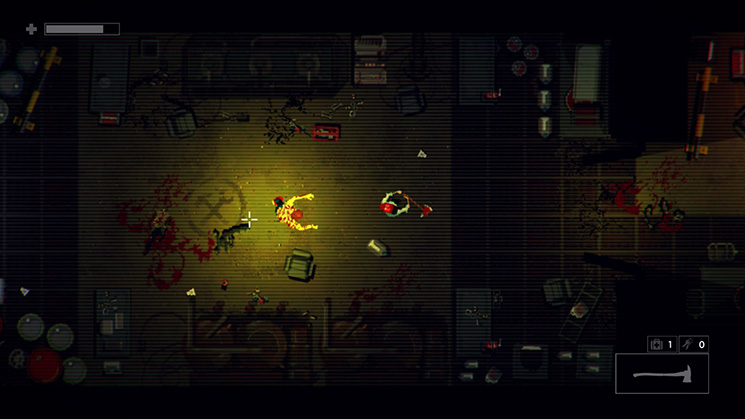 Naturally, a game like Garage does require a sort of strategy to tackle. The less noise you make, the better the chance you'll get to live to see the next level. Although guns can be handy when dealing with hoards of zombies, something like an axe can take out an enemy without startling a gaggle of these living corpses. One trick is to attempt to wipe out as many of them with one shot instead of wasting your ammo willy-nilly, something that the shotgun definitely comes in handy with. By following my wits and not an itchy trigger finger, I was able to be frugal with my supplies.

It was when I found myself in an unexpected boss battle when said wits went out the window. Being chased by a fat zombie spitting & puking acid from its belly leaves zero room for sensible thinking, especially when it calls a rat or two to offer it some assistance. Naturally, I found myself running around the room unloading my bullets as fast and incoherently as possible, until the zombie literally exploded into a dozen rats. A gross sight to behold, but the challenge the boss delivered was surprisingly fun. 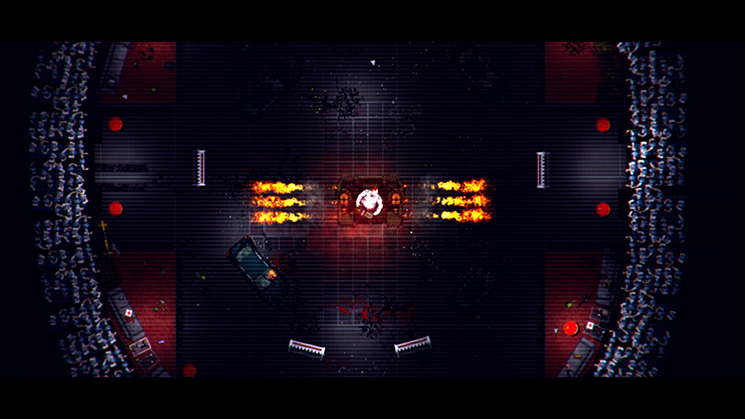 Thus far, Garage seems to want to be the odd duck in the zombie genre, and I consider that a good thing. Doing top-down shooters can be tricky when it comes to adding something unique to the table, but thus far I am quite thrilled with what Zombie Dynamics are delivering. However, my only complaint is that I noticed my hand cramping up when moving and using the secondary weapon while playing, something that could affect those who are wishing to spend long hours playing Garage on the go. Other than that, this is one undead adventure that looks to be worth diving deep into the darkness towards.

Garage will be released on the Nintendo Switch this May.