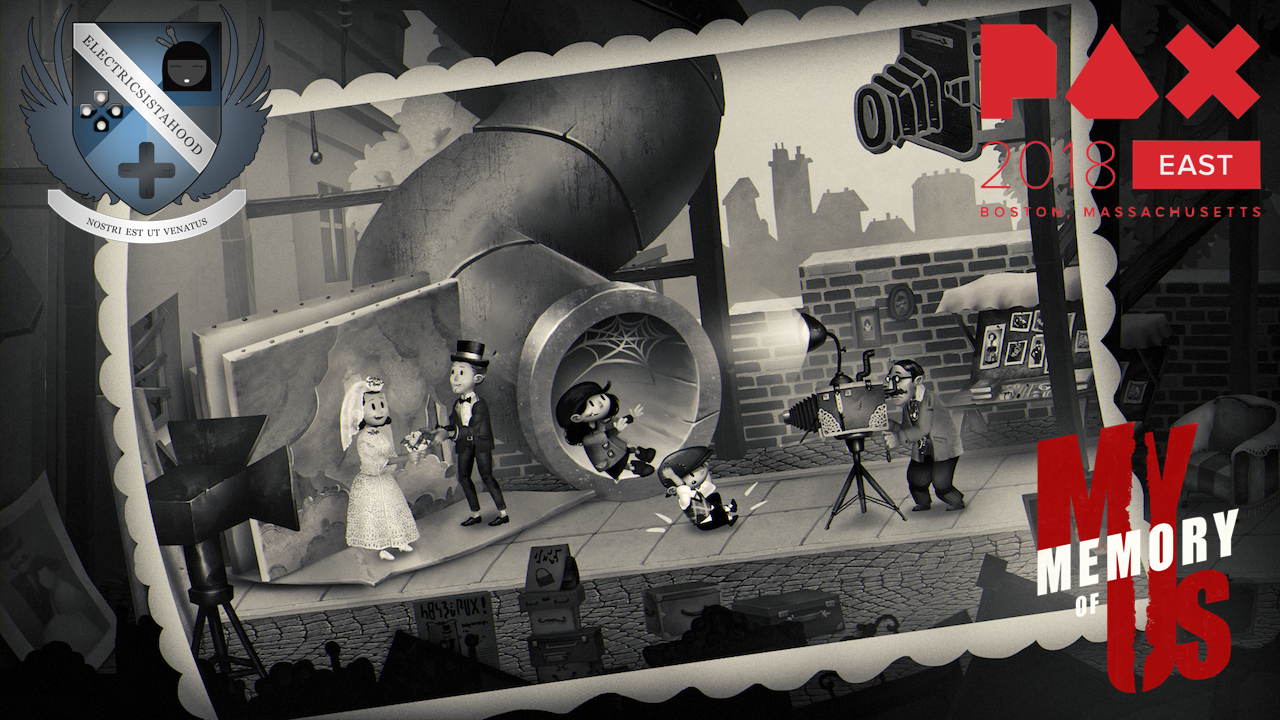 It's a challenging thing to take something like the atrocities of World War II, and craft a whimsical tale about friendship. Poland-based developers Juggler Games not only has risen to this challenge, but have somehow created a story that will make both gamers and historians happy with the end result. That title is The Memory of Us, and from my hands-on demo experience alone, I can tell that this one is going to be very special.

My time with My Memory of Us had me start out in the present day, where a happy-go-lucky bookworm finds herself seeking her next read in a local story. She stumbles upon a book that not only is special to the store owner, but plays a big role in shaping him into the person he is today. And thus, we are transported back to when he was a small lad, pickpocketing his way through the streets and evading any officer that may be in his path. On one such occasion, he befriends a girl, and together they face various challenges that pay tribute to some of the biggest unsung heroes of the Second World War. 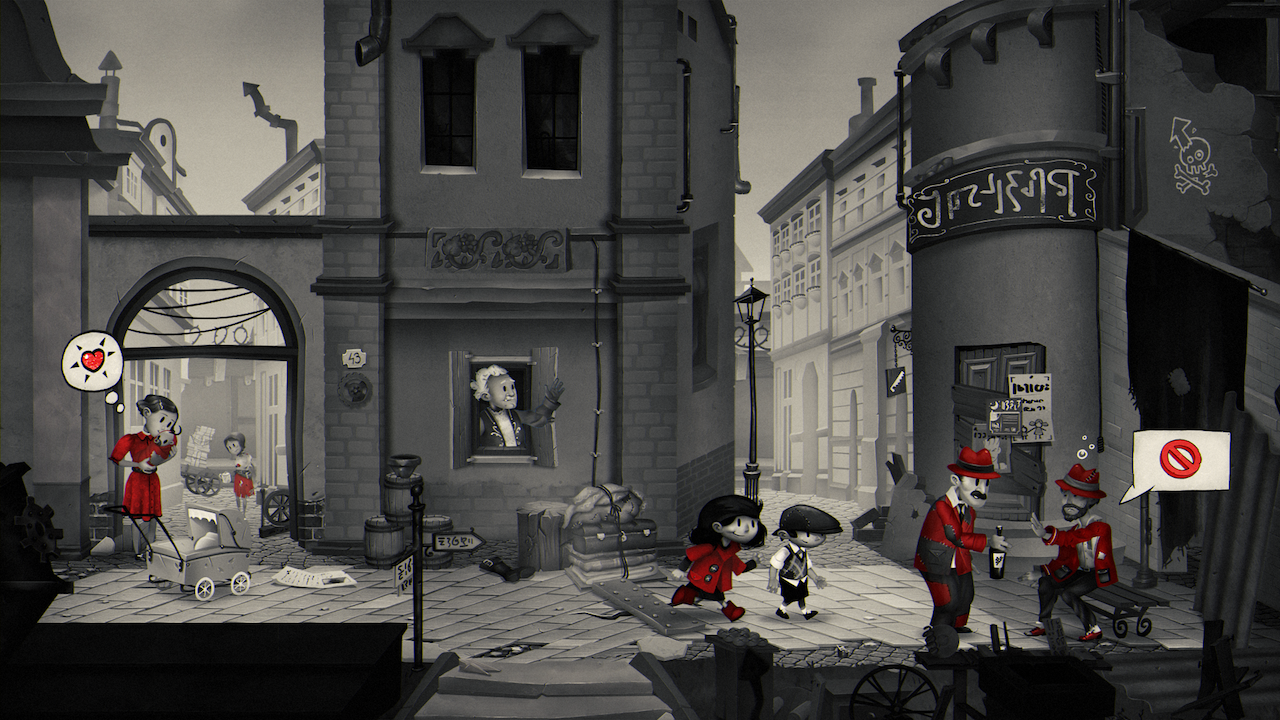 The game doesn't outright say that this is a story about two kids against a world taken over by an evil dictator, as it is rather filled with superhero-styled villains, robots, and other fictional baddies. However, it is very easy to see what kind of tale My Memory of Us is trying to tell. Showcased in a beautifully-detailed black & white world, the two characters you play as often find themselves sneaking through heavily-guarded areas filled with propaganda posters and other war-based promotions. Switching between the two characters often have you attempt to either run or look for cover when the enemies are in sight, leading towards a race against time to reach your goal.

Although it wasn't featured in the demo, My Memory of Us will have many hidden secrets filled throughout. It's in these tidbits where the fictional story reaches towards reality, with back stories that tell of some of WWII's greatest heroes. Even if these encyclopedia-like entries don't do anything to darken the tone of the video game, these facts help serve the player to showcase where Juggler Games got some of their inspiration from. Not only do these nods pay tribute, but they also serve as a way for the developers to give credit to many of the survivors and heroes that didn't receive the well-deserved spotlight. 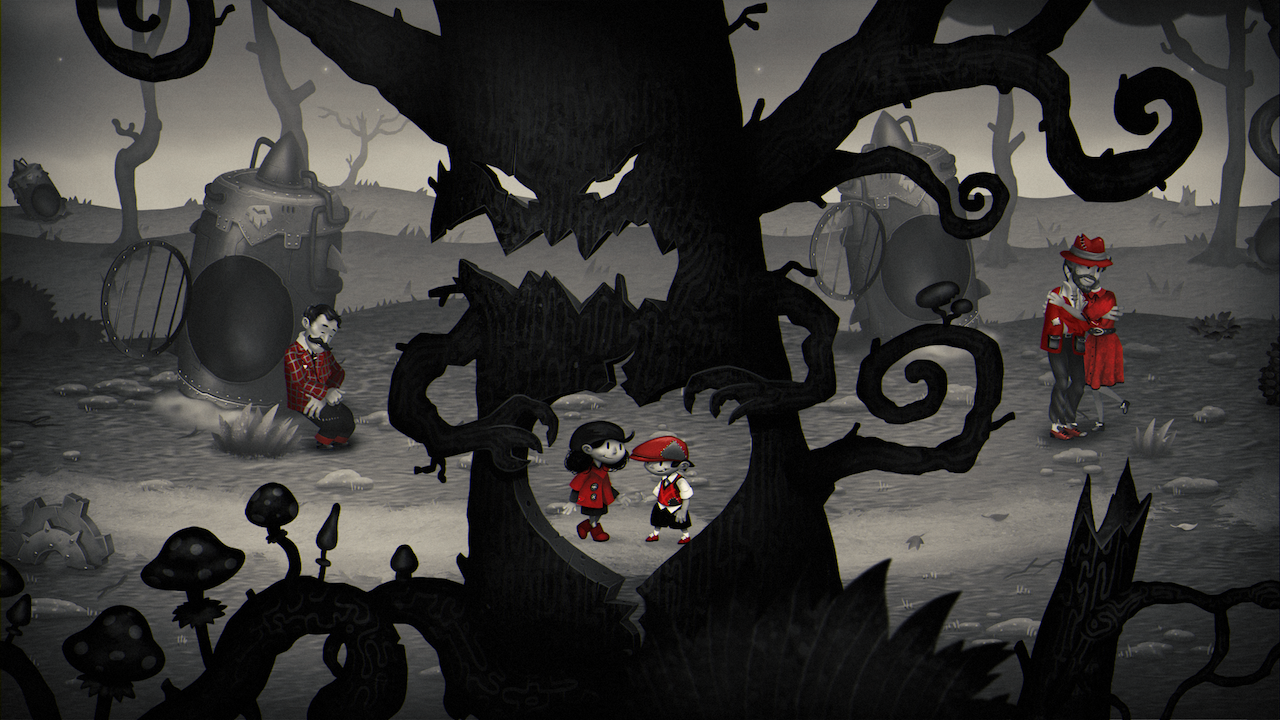 Thus far, My Memory of Us is looking to be a tale that balances fun gameplay with a tragic backdrop. Presented in a way that people of all ages can enjoy, Juggler Games has brought to the gaming world a beautiful tale from one of history's darkest moments. Only in due time will we see if this game will deliver that mentality throughout its entirety, but until then, this is one video game to keep a close eye on.

My Memory of Us is due for release on 2018 for PC, PS4, and Xbox One, with one other platform still yet unannounced.