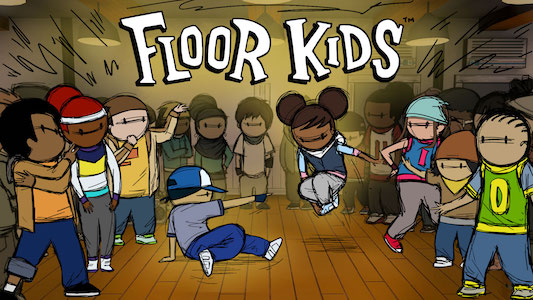 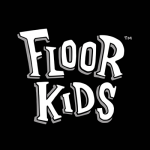 Rhythm game fans rejoice! There’s a new game in town currently available on the Nintendo Switch - coming soon to PS4 and Xbox One - that you’re going to love playing. Let me introduce you to Floor Kids.

Get to Know Floor Kids

Floor Kids is a breakdance battle game that’s all about staying on beat and having fun. The game is a 2 player versus game where you battle your opponent whipping out your bestest moves to the beat.

The controls are both simple and complex at the same time. On the simple side you just need to tap one of the ABXY buttons on your controller for your character to bust a move. In order to score points, you must perform a move (button press) twice in a row to the beat. Simple right? To add a layer of complexity you also have the ability to flick your analog stick down, and open up an enitre new set of moves with the ABXY buttons. You can also bust out “power moves” by rotating the joystick clockwise or counter clockwise that will help you really rack up the points.

Getting into the Game 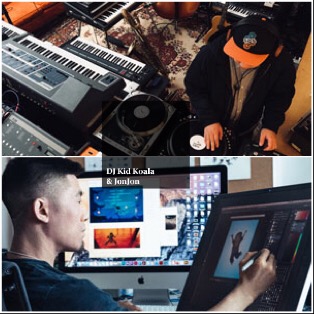 This game is addictive. The music is fresh, thanks in great part to DJ Kid Koala who created the entire soundtrack for the game. If you grew up listing to hip hop, the soundtrack alone would make you fall in love with the game. And the game itself is beautiful. The characters and animations were all hand-drawn by JonJon and give the game a very graffiti-meets-comic book feel that immediately catches the eye. Put these together in a fun, rhythmic versus game and it’s no surprise that Floor Kids is not only fun to play, but addictive as hell.

As I played the game I found myself forgetting about racking up points, and just tapping along to the beat while watching my character breakdance. More than once I completely forgot that I was playing a game and realized I was loosing because I was just focused on the dancing of my opponent. Oh yeah, can’t forget my opponent.

In the game you and your opponent take turns dancing. While your opponent is dancing, you need to continue to tap along to the beat because you build up your power gage which allows you to launch a fireball at your opponent while they are doing their thing. They do have a shield they can use to try and block your incoming routine killing ball of fury, but if they use it too early or too late they won’t be able to avoid falling flat on their face. 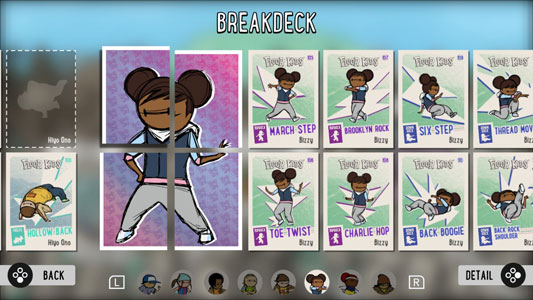 This game has a lot of interesting mechanics in it, I’m surprised I hadn’t heard about it before PAX East. Battling your friends is fun. It can be mindless if you like, but to really battle things out you need to apply a bit of strategy along with beat matching to win the day. The art and music blends really well, to create an environment that will hit old school hip hop fans - yes I’m talking about you older bboys and bgirls - right in the feels, but also is visually appealing to younger audiences as well.

Floor Kids is available right now on Nintendo Switch from Merj Media, and is coming soon to PS4 and Xbox One. I for one CAN NOT WAIT.