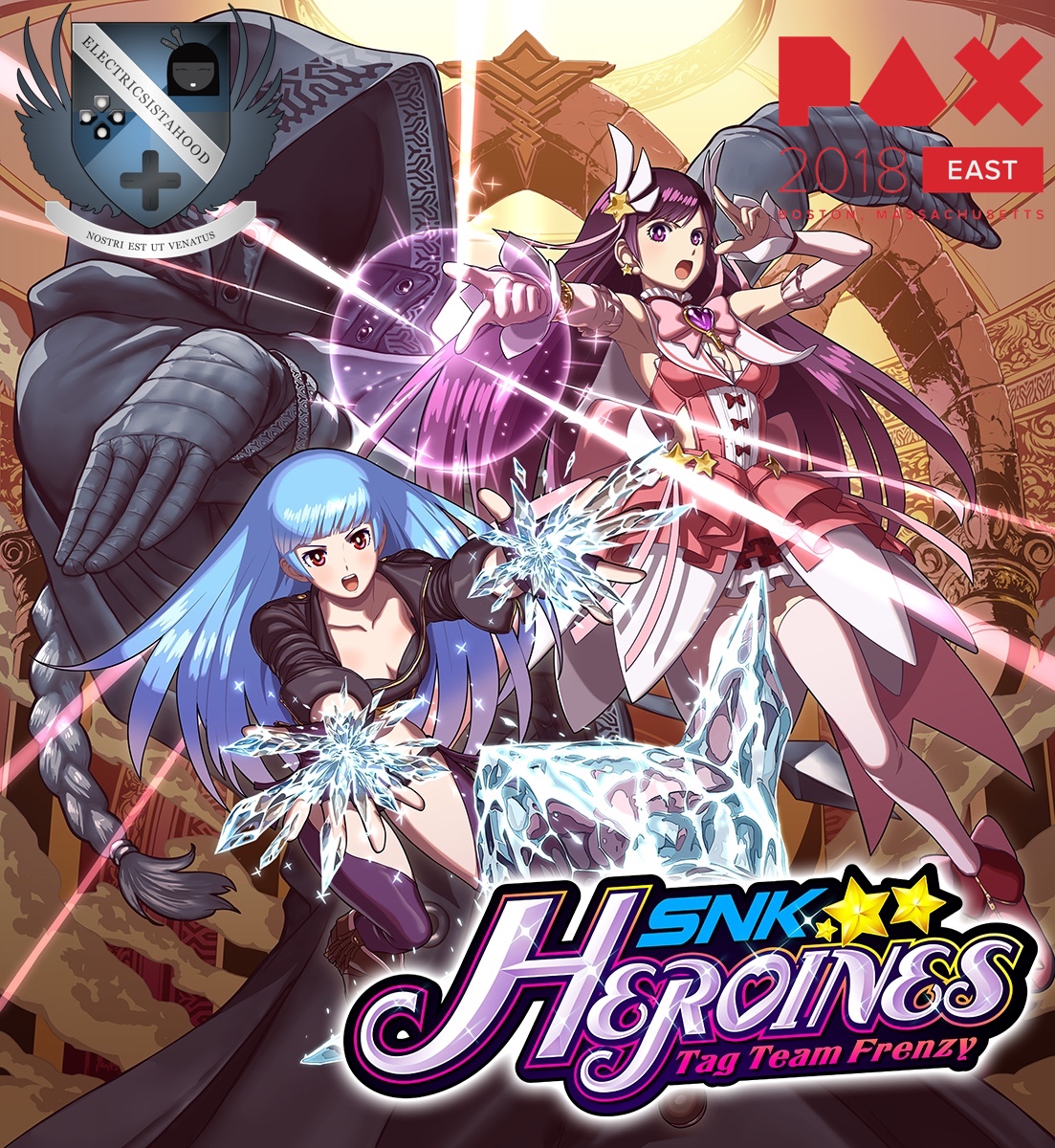 SNK has been entertaining gamers for four decades, so naturally it would seem suited that they would celebrate this occasion the only way they know how: by putting up their dukes and getting an epic battle on. With many of the best fighters in the gaming realm under their belt, SNK has the pick of the litter as to who they could feature in such a momentous game. However, as some of their most famous warriors in the likes of The King of Fighters and Fatal Fury often are the women of lineup, the developers have decided that the natural course of action is to just shine a spotlight on the female fighters of their franchises. The end result is SNK Warriors: Tag Team Frenzy, and from my time with this game, it appears that SNK could once again lay claim to the title of best fighting game developers.

In a closed room at NIS America's secret Boston base, I was given the opportunity to not only play SNK Heroines, but go one-on-one with the game's lead designer Kaito Soranaka. The demo gave you the chance to play with six characters: Athena, Kala, Mai, Nakoruru, Leona, and Yuri. Choosing two of these characters, I was first given a chance to get comfortable with the control scheme that Tag Team Frenzy was featuring. Although it had a similar setup visually to that of their trademark fighters, the legit controls were much more akin to something like Super Smash Bros. Instead of your usual punches and kicks, the buttons presented weak, strong, and grappling attacks that made the battles far more exciting than usual. 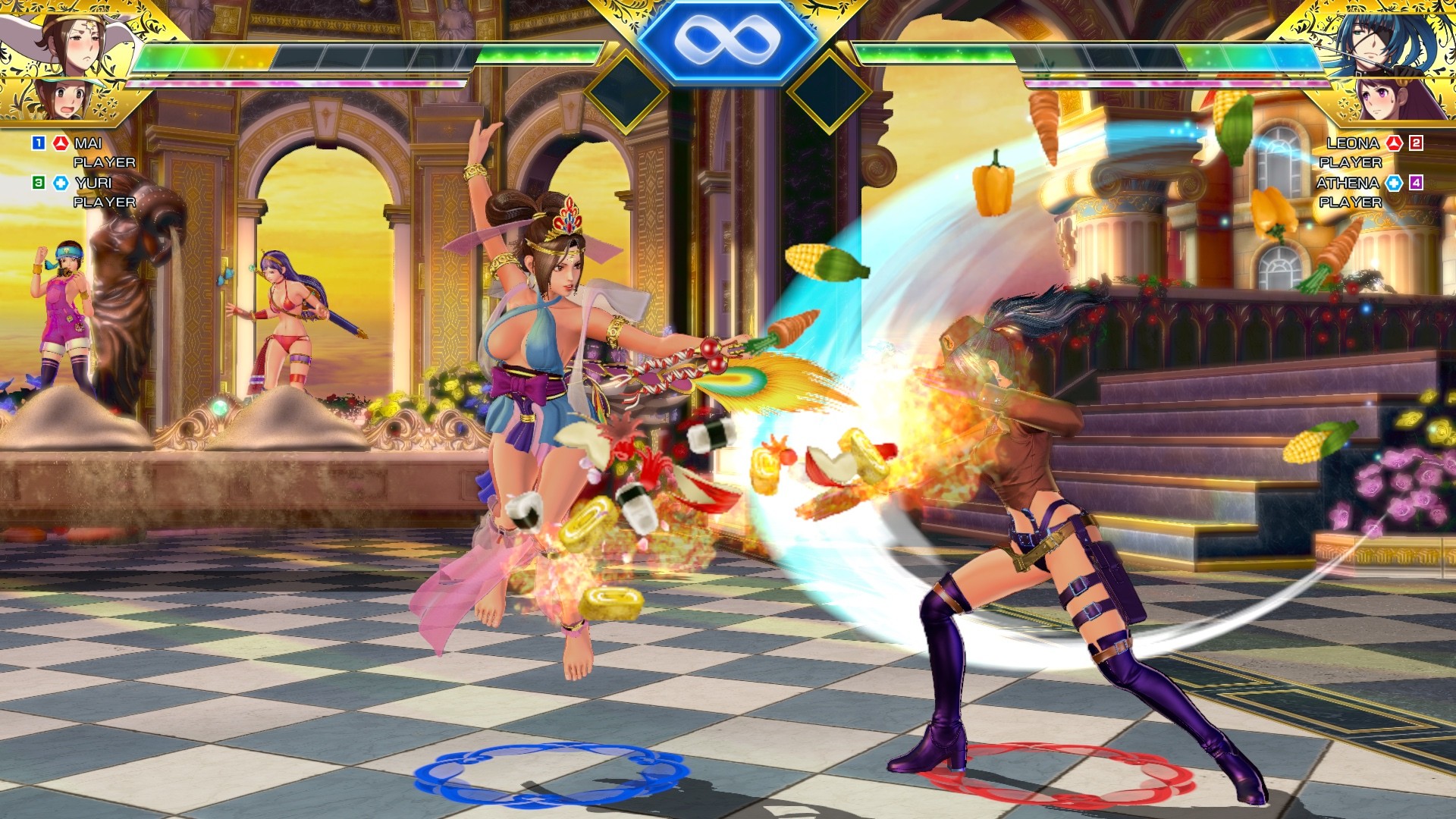 Soon after I got used to the game, it was time to face off against Soranaka-san. Perhaps it was because I was rather cocky with my button-mashing techniques, because my opponent showed no mercy when he proceeded to wipe the floor with me not once, but twice! Although I could easily have called shenanigans (considering he's the one who designed the game and probably knows every move in the book), I realized that he was -- indeed -- the better fighter of the two of us. In the end, what mattered most was the fun factor that SNK Heroines was showcasing, and the demo alone was packed full of it!

Although still in development, SNK Heroines: Tag Team Frenzy is shaping to be one hell of a fighting beast. With a good chunk of fighters still yet to be revealed, it's easy to see why this game is being hyped as one of 2018's most anticipated games. One can already see this potentially being a mainstay in the likes of EVO and other big-named tournaments, as even the most skilled fighters will be surprised by its simple-yet-complex means of laying blows against your opponents. Fighting game aficionados will want to get their fingers in training mode starting now, because the ladies of SNK are ready to bring the smackdown on all who wish to face off against them! 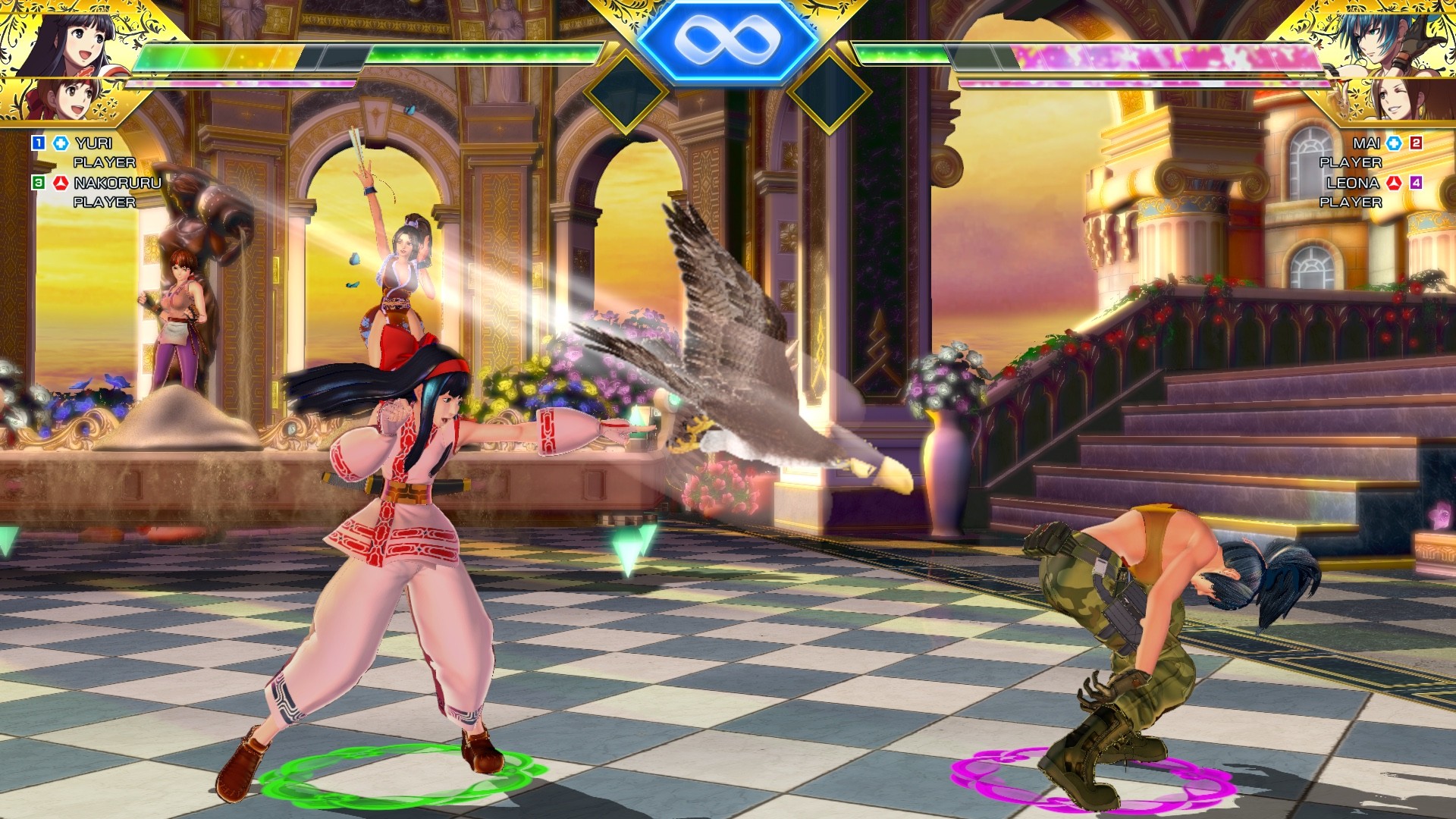 SNK Heroines: Tag Team Frenzy is due to be released on September 7 on the Nintendo Switch and PS4. I personally look forward to diving deeper into the fighting mechanics, as I feel I deserve a rematch with Soranaka-san once I'm more accustomed to it!