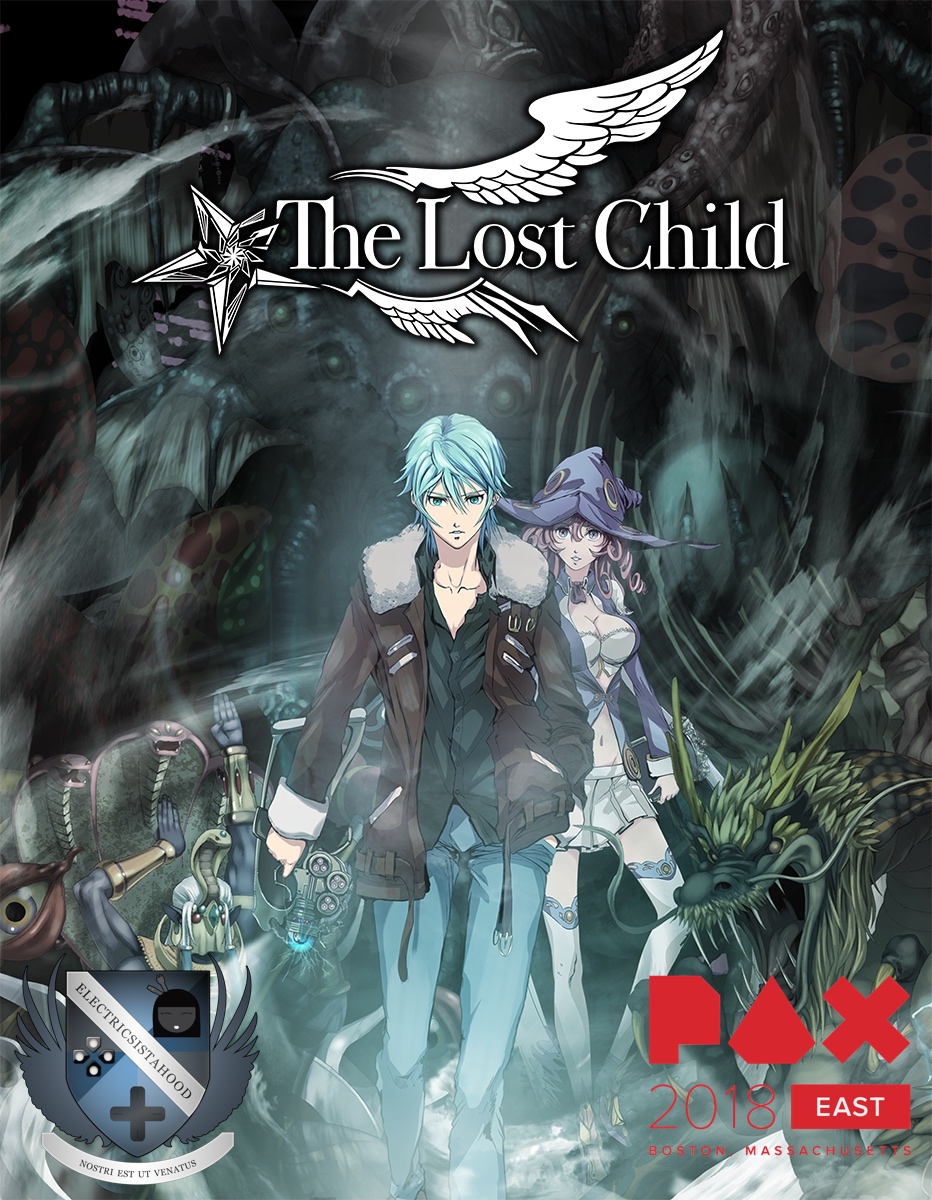 In modern times, the realm of the ancient occult has been labeled as bunk by the scientists of the world. Oh, ye of little faith, I say, as our modern times are unable to comprehend the existence of ghosts, monsters, and other beasts. That's where journalist Hayato Ibuki has your best interests in order, as he and a mysterious girl sought out to unravel the mystery behind a plethora of suicides in Tokyo. As the tale of The Lost Child begins to unfold, Ibuki quickly finds out that this story is one that might be too big for him to handle.

In a behind-closed-doors setting at NIS America's PAX East headquarters, I was given the opportunity to dive into a bit of the story and gameplay elements of The Lost Child. Reminiscent of ATLUS's popular Shin Megami Tensei franchise, players will be expected to face off against the most frightening of creatures that have entered the human realm. You are given the option to either simply slay the enemies, or you could capture and purify them in order to have them fight on your side in battle. This will require having to use various forms of strategy so as to make sure you don't either die mid-fight or accidentally vanquish a demon that you wanted to have by your side. 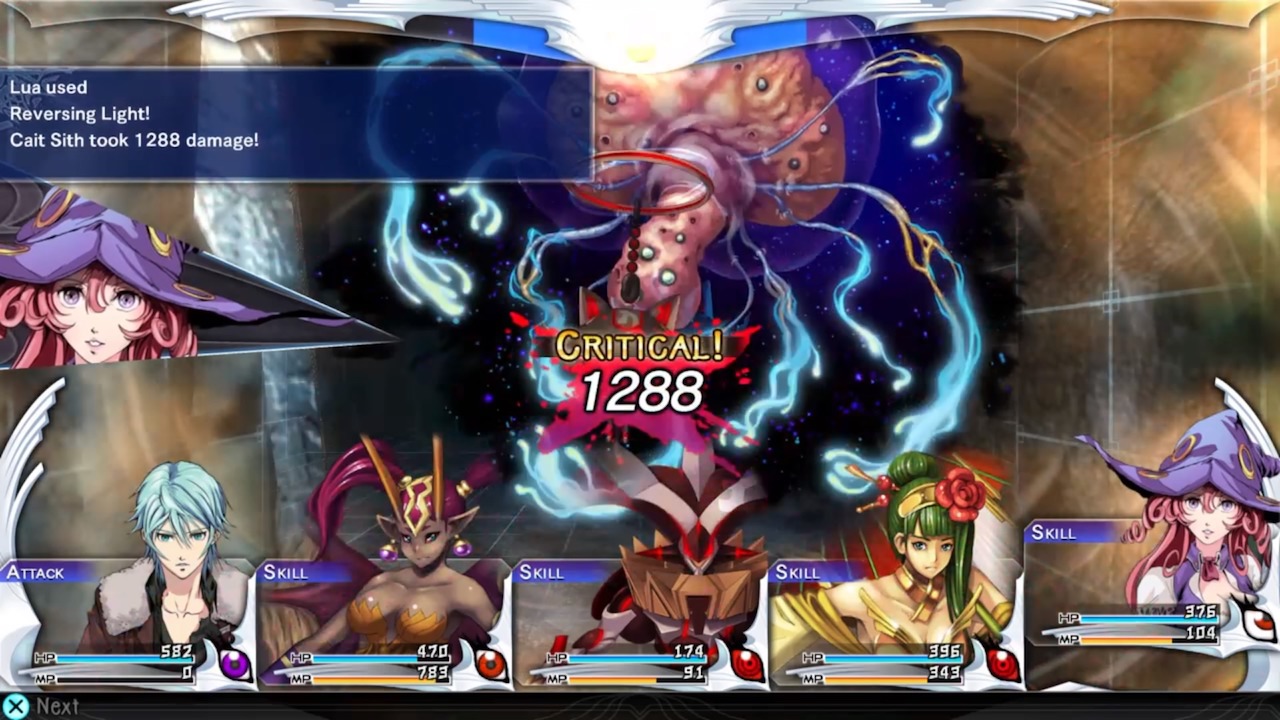 My demo had me traversing throughout Akihabara, questioning the citizens that roamed the streets at the time. Some seemed ordinary enough, whereas others had something rather off about them. (A photographer with bloodstains on his shirt flashed a major red flag when I saw it.) After getting the proper information, we then entered an underground area, where a mysterious cult has resided within. With one wrong corner taken, I entered an unexpected battle with a few demons. With a few attacks on one, I was able to defeat it, but another -- which wasn't in my roster -- required me to use more defense and fewer attacks in order to trap it. Once you purify the enemy, you can then level it up in order for it to be stronger in battle.

Even though my time with The Lost Child was short, what I experienced gave me a good impression on how vast this world that Kadokawa Games has crafted. With almost 100 floors to traverse, over 50 monsters to capture and evolve (you know, like a certain popular Nintendo game), and over 250 skills to learn for the battlefield, this massive turn-based RPG is shaping to be an adventurously spooky good time! That is, of course, until the spooks start trying to end your life just a tad earlier than you planned! 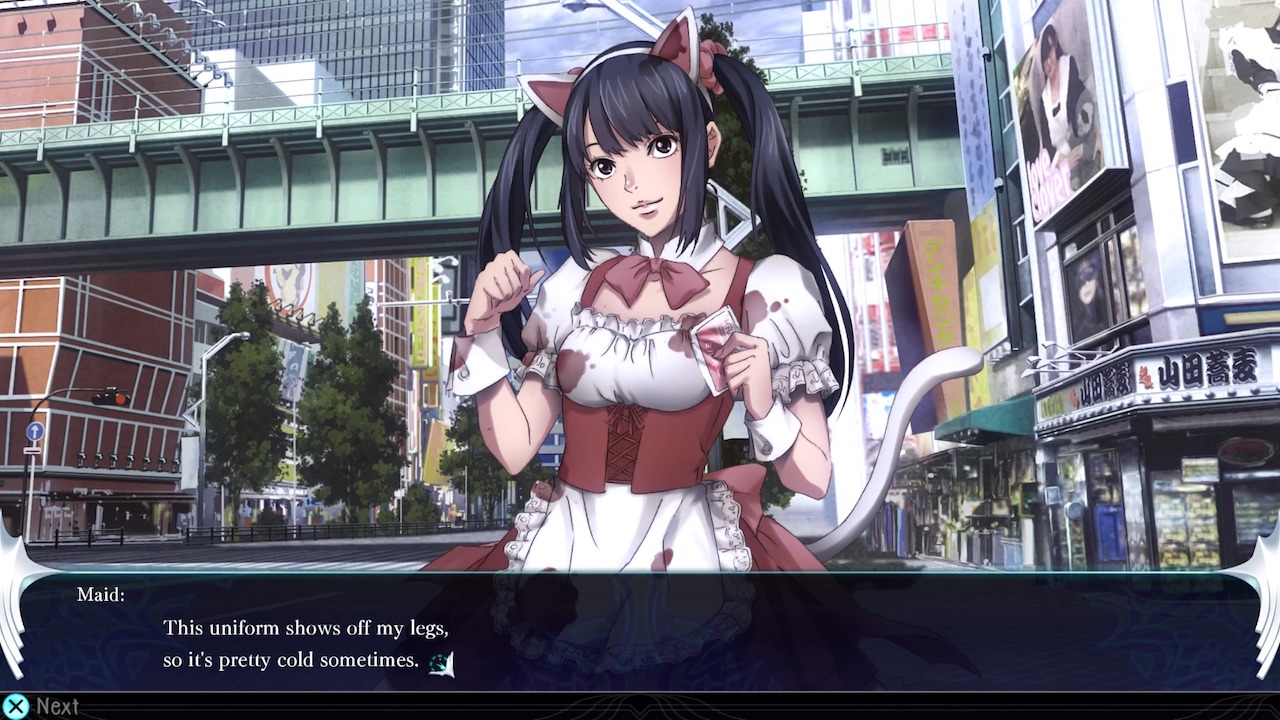