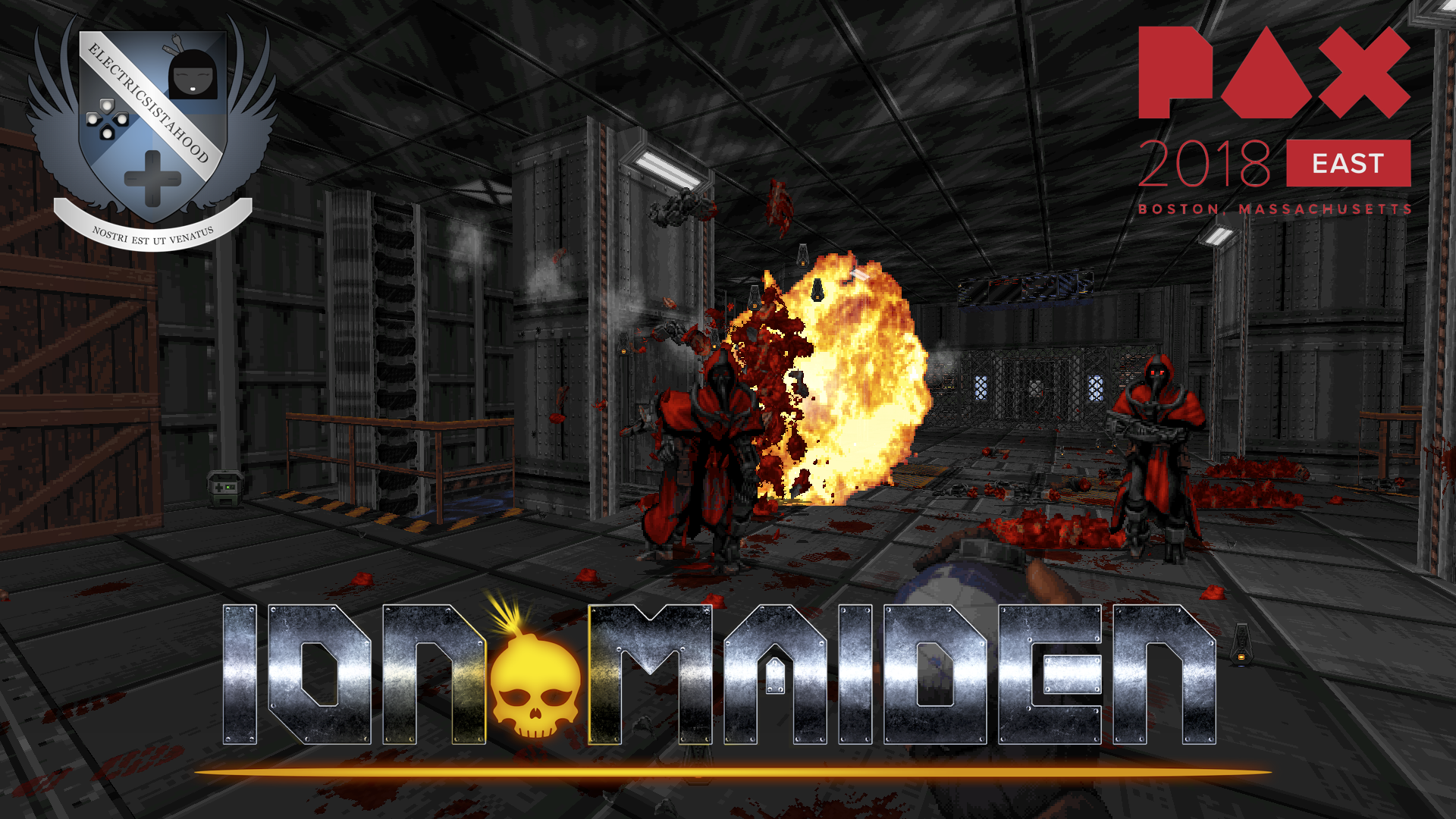 In the 90s, first-person shooters were all the rage thanks to the likes of Duke Nukem 3D, Doom, and Quake. Since that time, the genre has gone from slaying pixelated demons and aliens to battling human soldiers with the most realistic visuals imaginable. However, realism is not a substitute for fun, and 3D Realms wants to remind players everywhere that old-school mechanics can still churn out unique and badass gaming experiences. Enter their newest IP, Ion Maiden, who is itching to unleash her explosions on the video game masses!

At 3D Realms' booth at PAX East, I was given the opportunity to check out Ion Maiden's prologue mission, one that is filled to the brim with villains, secrets, and retro-styled attitude. To say it look straight out of 1997 wouldn't be an insult at all, as that's the aesthetic that the developers were going for. However, it's easy to notice how slicker and polished the Build engine has become, even after being around for over two decades. But again, we're not here to talk graphics; we're here to talk about its gameplay, which can be described in just two words: pure mayhem! 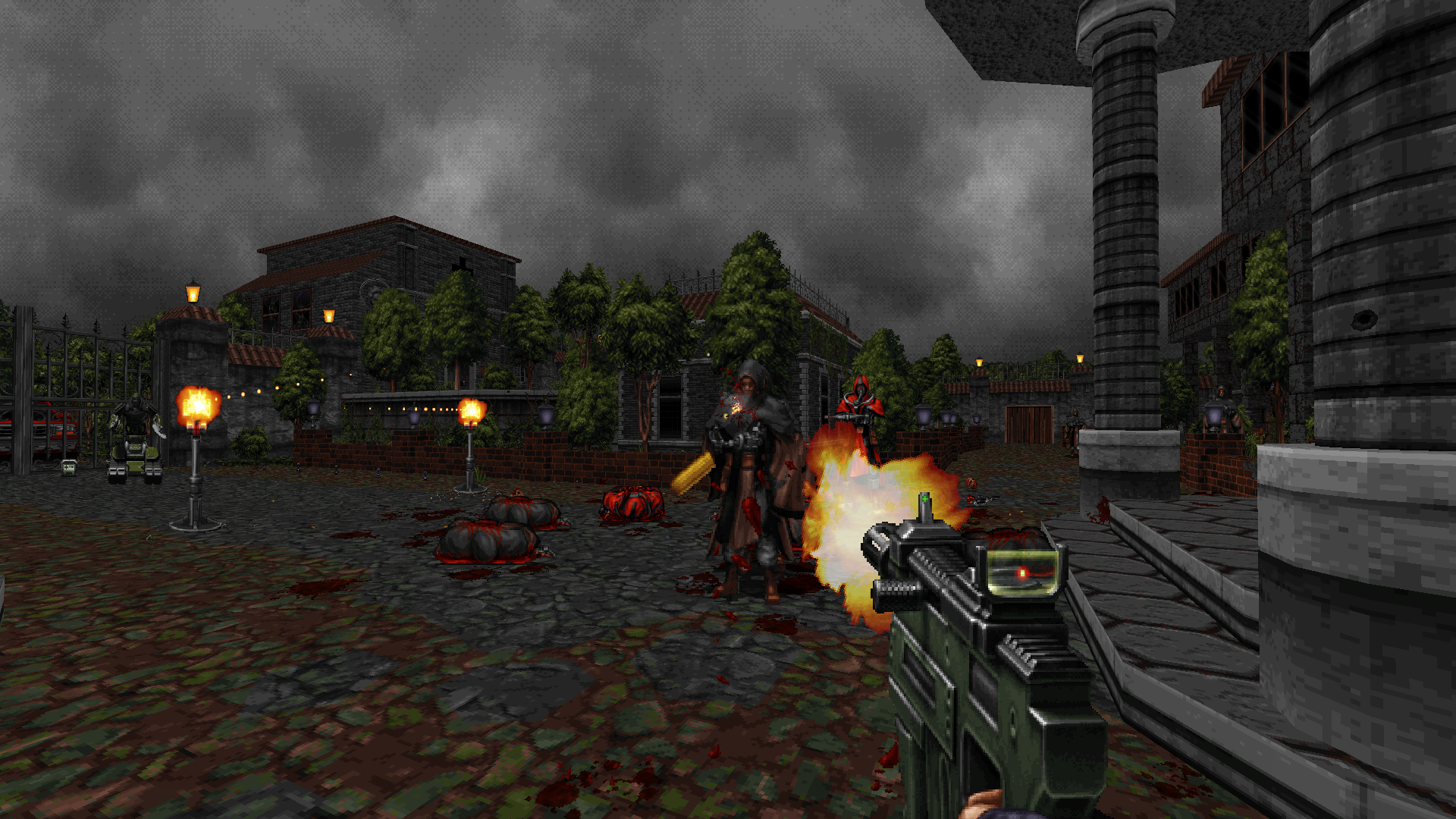 Roaming around Neo DC, my character Shelly "Bombshell" Harrison takes the "shoot first, blow up second, and then maybe ask a question or two" route with her mentality. Wasting away enemies with guns, bombs, and even an electric baton brings forth a crazy gameplay style we haven't seen since the classic days of Duke Nukem or Shadow Warrior. There's no reason, no logic, or any sort of back story as of yet that tells you why these enemies are destroying the city. There's evil stuff happening, and "Bombshell" is just hurting to destroy it.

And destroy it she does, as you use your arsenal to sometimes turn any foe into a pile of smoked meats. It's this over-the-top style of action that makes me think fondly of the games I used to play as a kid (even though I probably shouldn't have). Every wimpy scream from my enemies made me chuckle menacingly, and the quips that "Bombshell" would make feel something like a tagline from a classic Jean-Claude Van Damme movie. Although it's felt like years since I've played a FPS on a keyboard and mouse, its familiar control style was easy enough to just dive in to the chaos that 3D Realms wanted to bring. 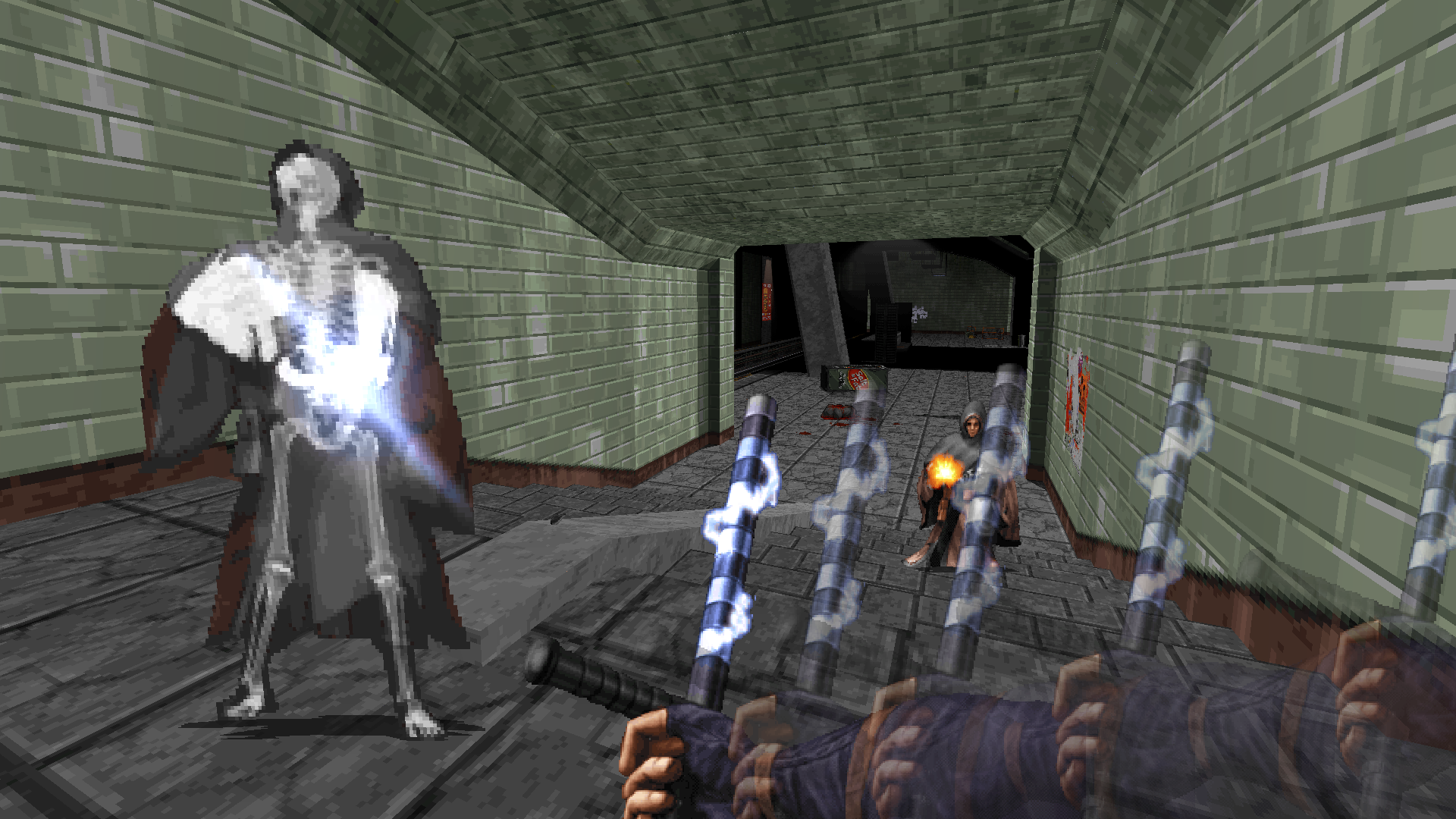 It's hard not to fall in love with what Ion Maiden wants to achieve. Thanks to its retro style, violent mentality, weapons-a-plenty, and frat boy-styled sense of humor, gamers old and young will no doubt find something wondrous about this trip back in time. Don't think too much about its philosophy. Just let Ion Maiden blow sh*t up, and laugh alongside one hell of a badass babe!

Ion Maiden will be available on Steam Early Access on April 12, with a full release later this year. Console ports are also in the works.