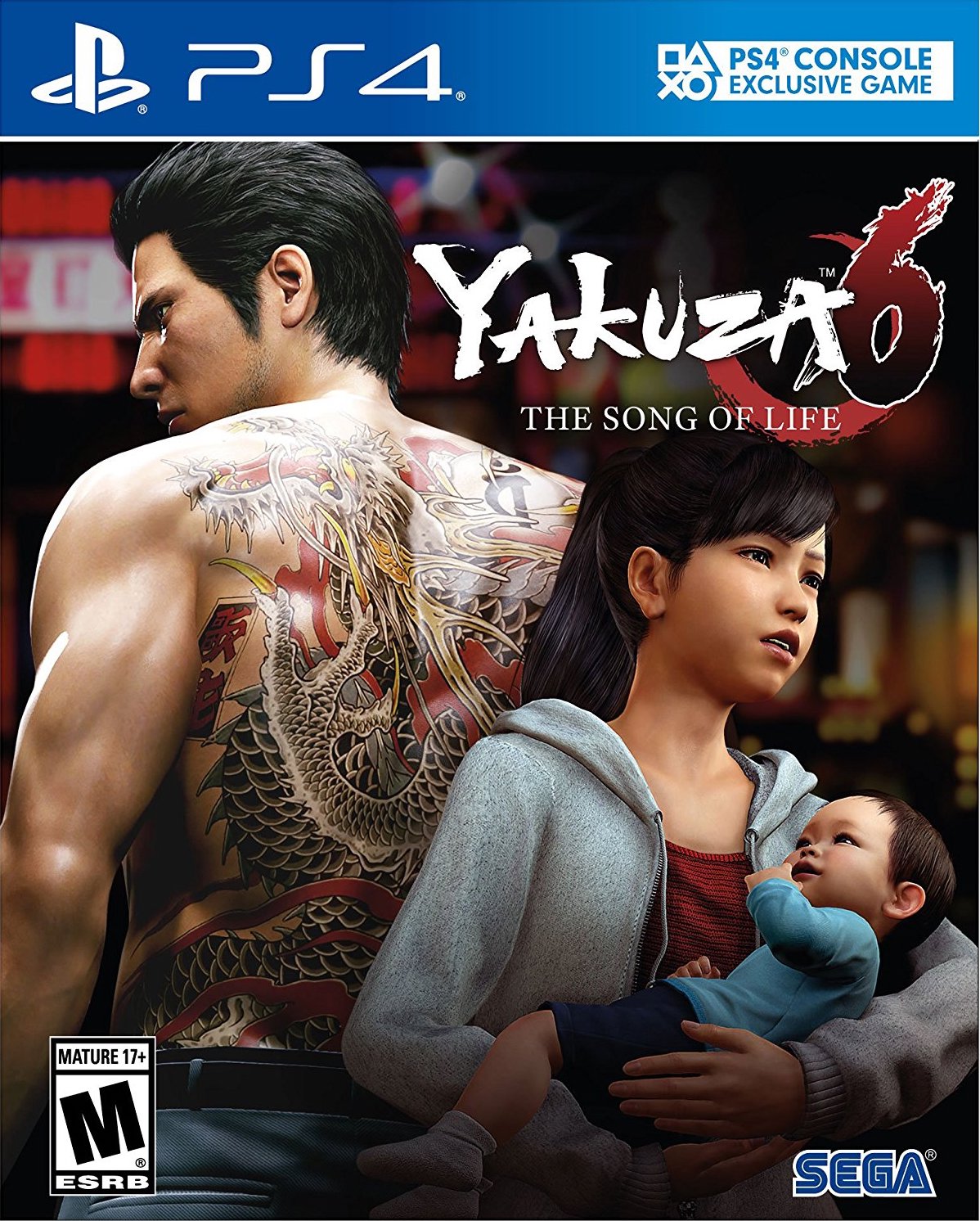 SEGA's Yakuza franchise is one I hold near and dear to my heart. Filled with great storytelling, some of the best voice acting in any genre, and a great blend of seriousness and silly, the tale of Japan's crime syndicate knows how to deliver a memorable experience every time you play. So it feels rather bittersweet that its latest chapter, Yakuza 6: The Song of Life, is presented as a farewell of sorts to the poster child of Yakuza: Kazuma Kiryu. What it results in is one of the most feeling-inducing adventures in this year of gaming.

Taking place three years after the events of Yakuza 5, The Song of Life has Kazuma being released from jail to find that his foster child Haruka has gone missing. Upon returning to Kamurocho, the Dragon of Dojima finds out that Haruka has been involved in a hit-and-run, with no signs of waking up from her coma. What's more, she now has a son named Haruto, whose father's identity is unknown to everyone. After finding out that Haruka was living in Hiroshima for awhile, Kazuma takes Haruto there in the hopes of finding the identity of the child's dad. What he winds up walking into is a yakuza war on the brink of implosion. 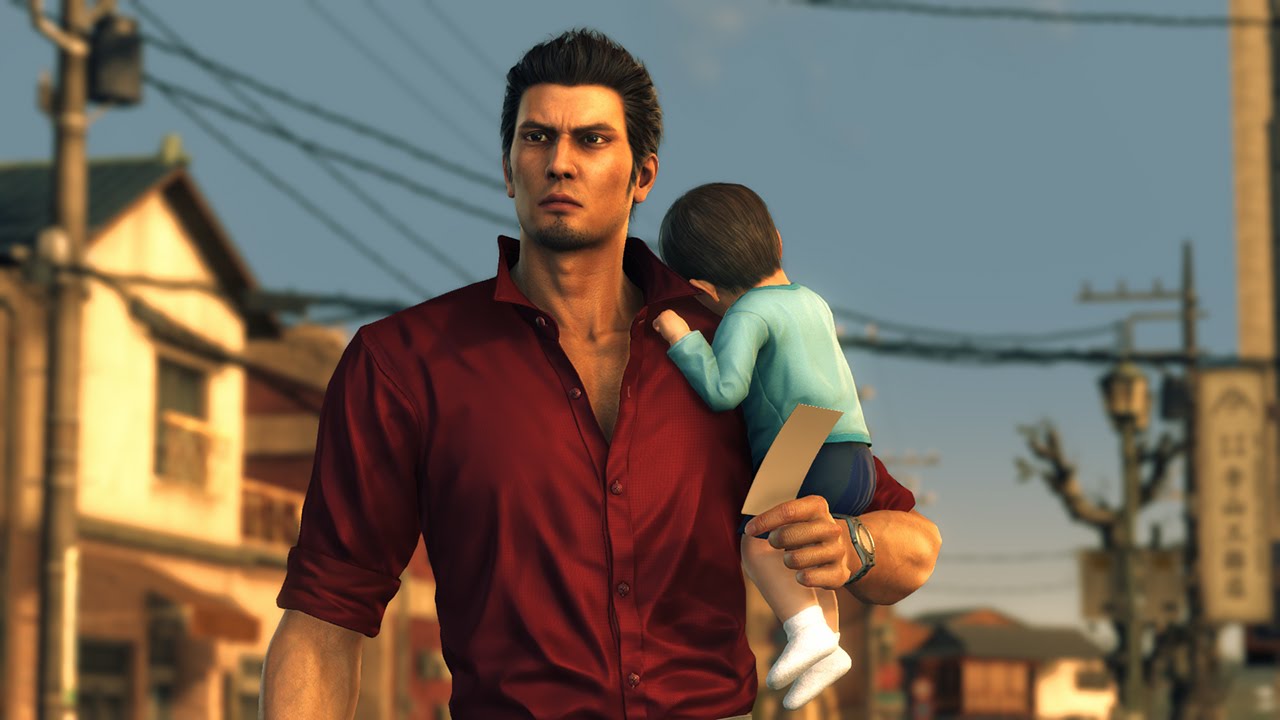 In the three years Kazuma has been in prison, the Tojo Clan has been ripped of its key people, the Triads and Korean mobs are infiltrating its stomping grounds, and crime is at a shocking rise throughout Tokyo. The same is also occurring in Hiroshima, with the factions within the Yomei Alliance at each other's necks. With the aid of the the Hirose family and a female bartender named Kiyomi, Kazuma not only sets out to find Haruto's father, but also find a way to bring the yakuza world back into a sane and containable level. However, the act is far more easier said than done.

Unlike the more recent Yakuza titles, The Song of Life is just focused on Kazuma's story, with the likes of Majima and Akira playing either second fiddle or not even showing up at all. In a way, that takes something from what this series has evolved into these last few years, giving us more levels of character types and memorable moments through the eyes of some of the most infamous members of the yakuza. Those looking for some sillier antics mixed in equally with the more serious, then you will be in for a rather big disappointment. This chapter in the franchise is played practically straight-faced all the way through, with only a sprinkling of jokes here and there. 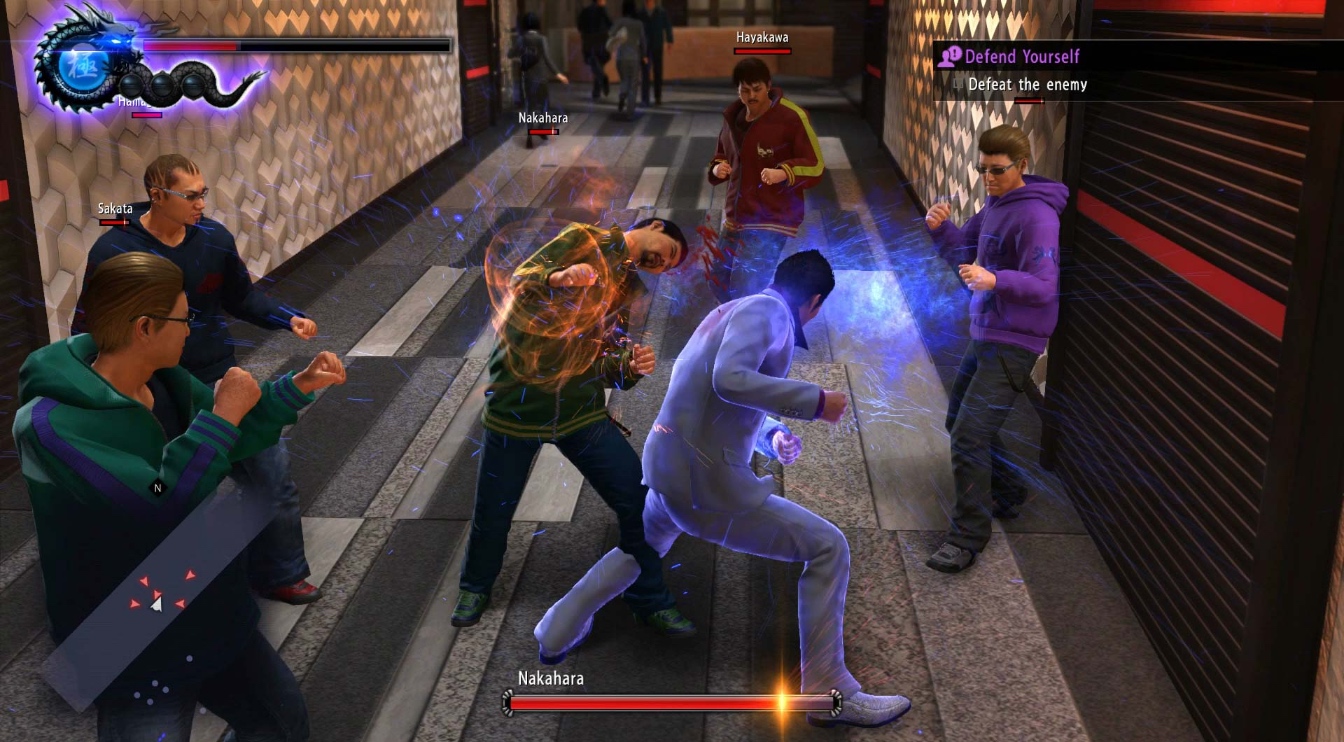 Of course, the Kazuma path has always been the more focused out of the rest of the pack. As this is setting up to be his final bow before vanishing into the backdrops of Kamurocho, it's obvious that its writer Masayoshi Yokoyama wanted to go all out to present a tale that not only stayed true to the Kazuma Kiryu story, but also gave him the well-earned respect that is due. Thankfully, this results in one emotional roller coaster after another, showcasing the strongest elements in storytelling that a video game could ever deliver. Not only does it tell one hell of a chapter, but it does so without going against the very things that make Kazuma a true icon in gaming history.

A big part in what makes Yakuza so endearing is how its characters are presented, all of whom are brimming with more emotion than your average Academy Award-winning actor. One of the big draws in that regards is the addition of the head of the Hirose family, played by the iconic Japanese actor/director/comedian Beat Takeshi. His presence brings a big amount of warmth, especially when you see how he cares for Haruto and his fellow yakuza members. He's chill, funny, and -- most important of all -- one who has a few tricks up his sleeve that will make many players do a double-take. For a man who once made an anti-video game because he hates them so, Takeshi puts a lot of his trademark attitude and flare into his fantastic performance. 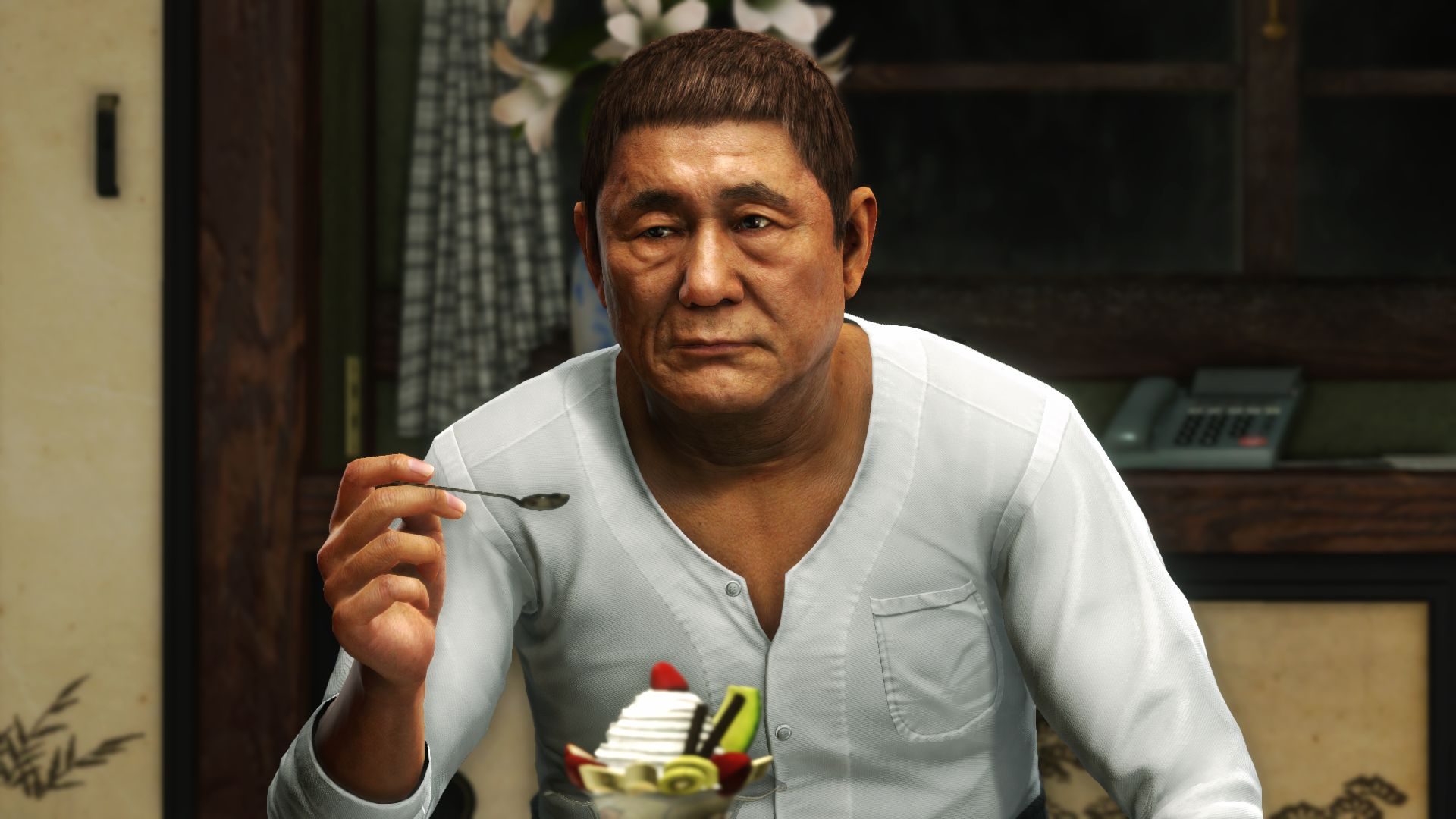 Outside of that performance, everyone within the realm of Yakuza 6 has that same level of focus and relatable personality. A great thing about this franchise is that -- despite them being bad guys -- they're portrayed more humanly than any other video game out there. You feel something for them, get angry when the rug is pulled from under them, and you legit hope that things work out for the best for the characters that you love. In a way, the Yakuza franchise has an emotional output more akin to something like a stage play than a film or TV series, as the look and feel of these characters is more real than probably your average David Cage video game.

Using the Dragon Engine, the people and places in Yakuza 6 all look as stunning as a video game possibly can. The seamless transition between the game's FMVs and in-game dialogue are so good that it would take a well-trained eye to notice a difference. Walking through Kamurocho quickly made me flash back to my visit to Japan eleven years ago, with the visuals looking so realistic, it almost looked like I was watching a third-person movie narrative happening in some areas. Yes, some of the facial expressions can still be a bit cartoonish, but it fits more with the trademark attitude & style of the video game rather than go for full-blown realism. 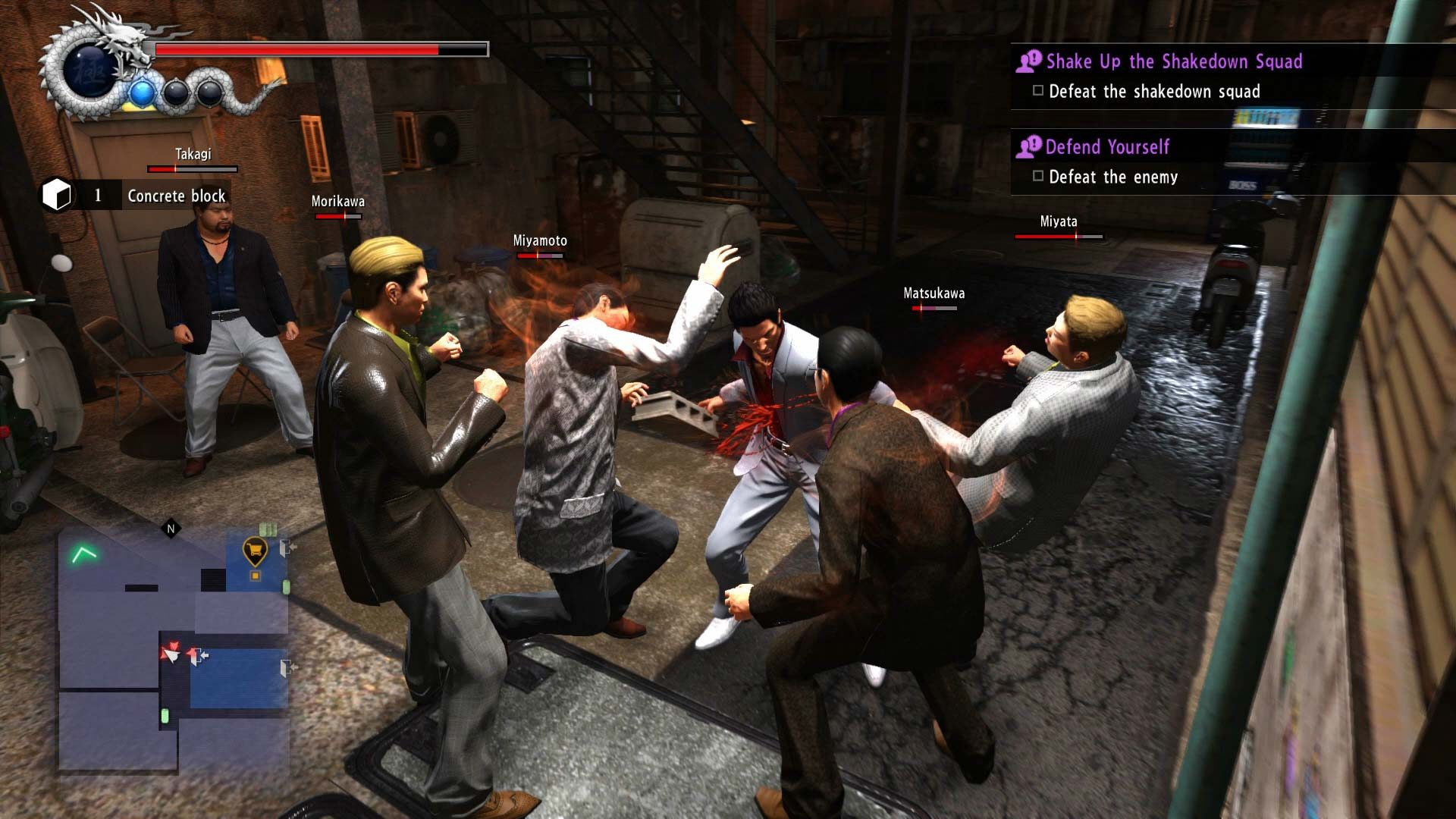 As for the gameplay itself, it's safe to say that those who have played past Yaukza titles will have no issue with diving into some of its maddening fight sequences. Watching as Kazuma wipes out dozens of punks, thieves, and rival yakuza members is always a sight to behold. With the new engine, it also makes your surroundings more destructible than in past games. It always gave me a big, hearty laugh when I would be able to grab a bicycle, and just chuck it at an enemy as he's knocked through a store sign before passing out. The more you fight, you more you can level up your health, stamina, skills, and other tidbits to Kazuma to build him into a better Japanese mafia machine. (You can also do this by eating at all the nearby restaurants, although it's best not to overeat if you know what's good for you.)

Like in past Yakuza titles, you will also be given the chance to take on side quests and other missions via the Troublr app to ward off trouble. It's here where Yakuza 6 shows its weak spot, as they lack the personality and uniqueness of even the most recent Yakuza 0 prequel. There are some that are there for a good laugh like battling ghosts in a cemetery or attempting to build a baseball team, but it lacks that sort of creativity that made past solo missions a joy to experience. All it feels like now is a chore, which is what the other games never made them feel like. 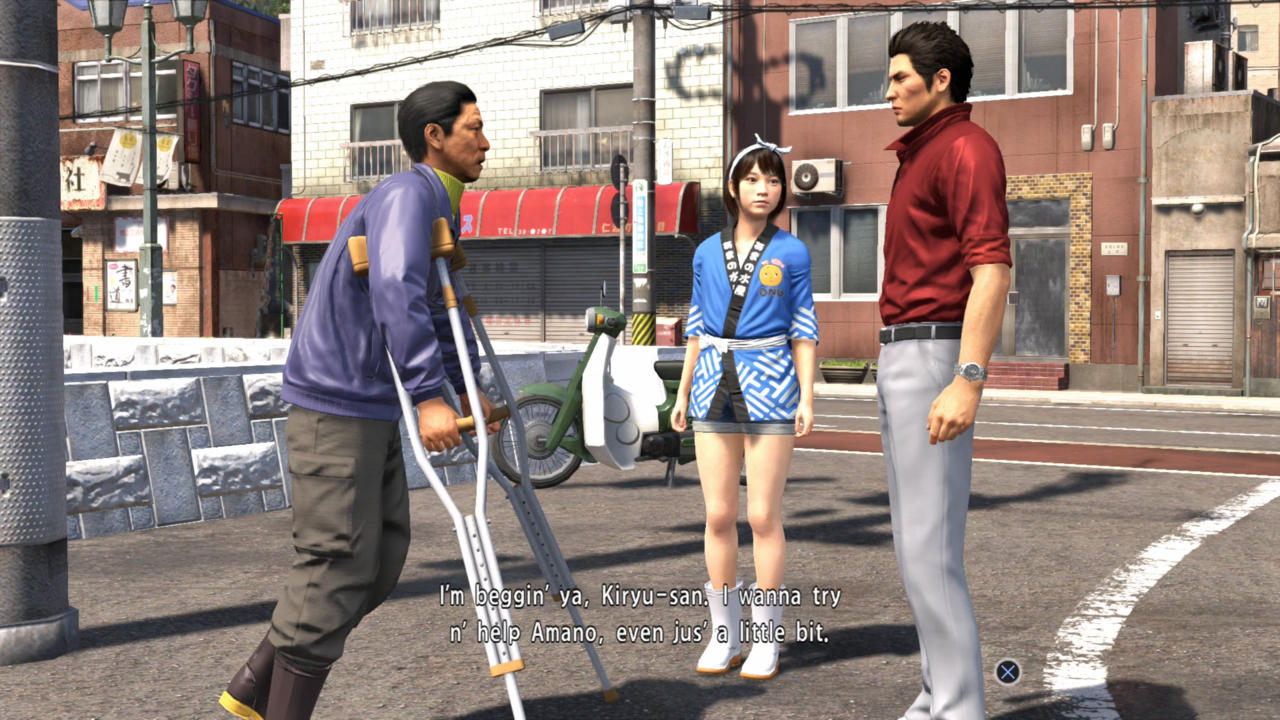 Players can also take part in some fun mini-games, although the quantity of them is also somewhat lacking. However, staples like the batting cage, karaoke, mahjong, and hostess club dating are still there, all of which are still a joy to experience. New to the realm is a video chat simulator that knows how to get as steamy as an M-rating will allow it. Heading into the SEGA arcade will also give you the chance to play the full versions of Virtua Fighter 5: Final Showdown, Puyo Puyo, Out Run, Fantasy Zone, Space Harrier, and Super Hang-On, whose inclusion in Yakuza 6 makes its worth the game's price tag alone!

One other new mode is that of Clan Creator, which takes Yakuza into the strategy realm. Building up teams to battle the evil gang JUSTUS, players can use their skills to bring their fighters towards the enemy and take them down from ring-to-ring. It's an entertaining mode, but it's not as in-depth and exciting as the main battle system that this series has always offered. There's even a way for people to play against one another online, but as of this review, there doesn't seem to be many gamers giving it a go. 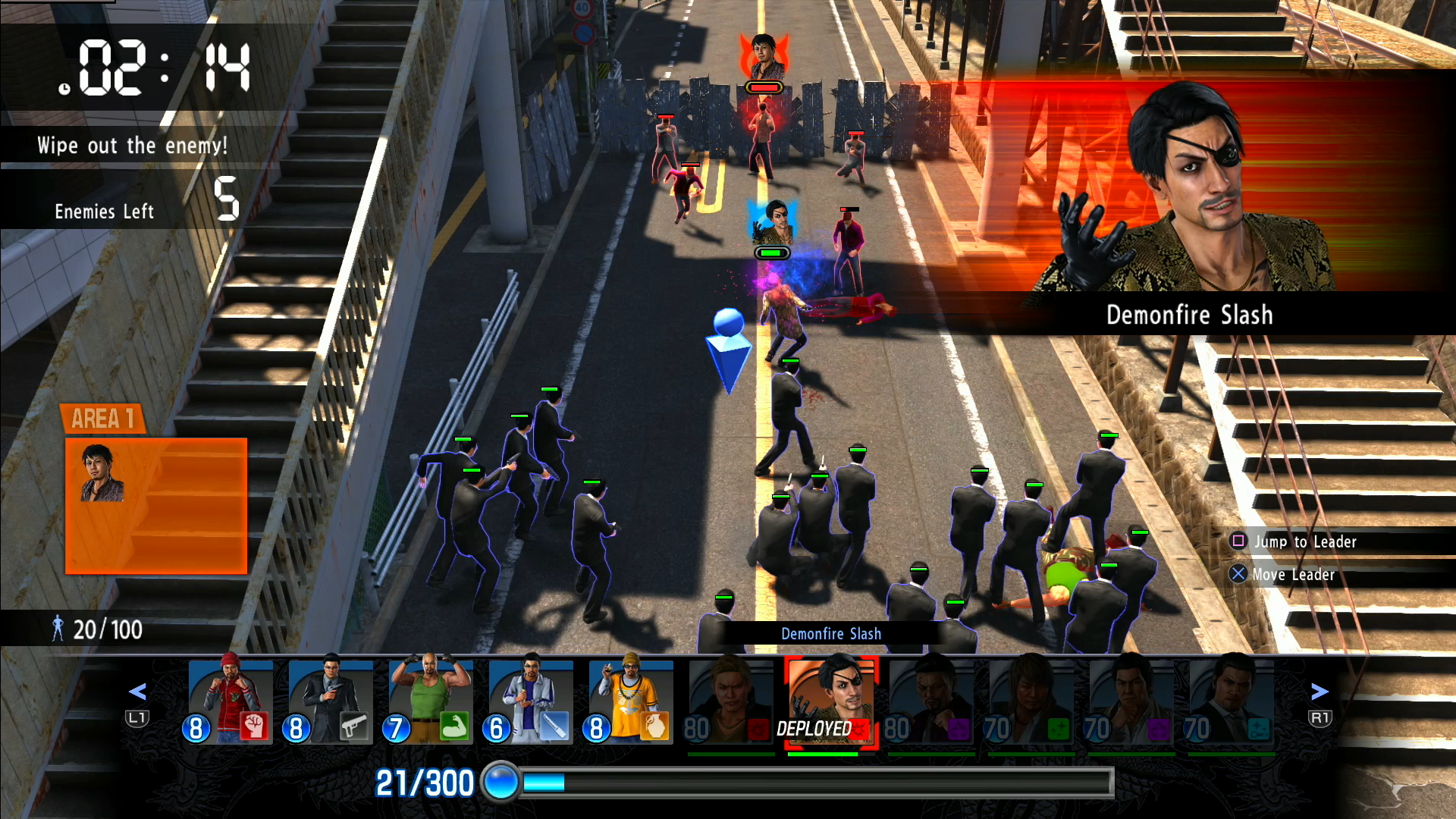 My play-through of Yakuza 6 took over 19 hours to beat its story. Once the end credits roll, and we see Kazuma walk away one last time, players can then enter either a New Game+ mode or do a free-range mode to look around and simply try out all the mini-games this title has to offer. The latter is especially a good mode, as it gives you the chance to take your time and explore the colorful and vibrant world that Kamurocho has to offer.

It may not be as perfect as its past couple incarnations, but Yakuza 6: The Song of Life delivers a fantastic story and gaming experience that fans will no doubt enjoy immensely. Although some may wish they could see more of the characters that made the Yakuza franchise a far better overall experience, this end to the Kazuma story is one that will satisfy those looking for some solid closure to the world's poster child. Wherever the franchise plans to go next may be up in the air, but for now, this final round with the Dragon of Dojima will easily stand as one of 2018's best gaming experiences.

Promotional consideration provided by Jonathon Stebel of SEGA of America