Marching into a dungeon and smashing some living skeletons into dust is a staple of any great brawler RPG and there are few better experiences than the original Dragon’s Crown. Originally an extremely gorgeous game, this remaster takes each of the artistic elements of the game and cranks them up to eleven. Sporting both sound and visual remasters, Dragon’s Crown Pro is definitely the version to own if you’re sporting a shiny new 4K TV in your living room.

Folks who have not gotten a chance to play Dragon’s Crown at all by this point are certainly missing out. Dragon’s Crown is a brawler RPG where you pick one of the six character classes and take them through various quests. These mainly involve waltzing into some sort of dungeon, or other environment, and decimating the current residents, all while collecting treasure along the way. The game even gives you a treasure rank at the end of each mission, though I often ended up with a C. Once back in town, you can collect more quests from various people that you talk to and get yourself some better gear and attacks. The main game is incredibly varied and fun, especially if you’re playing with a friend, since it supports multiplayer with up to four people. 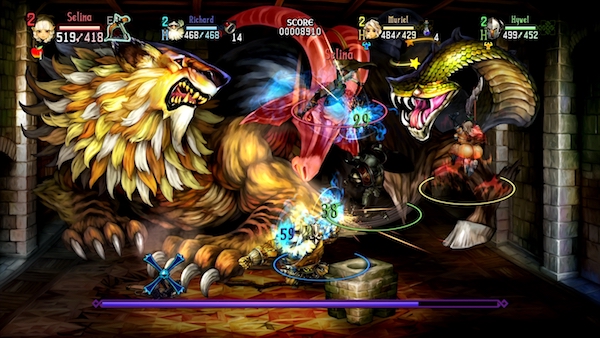 Even though it probably should be, the gameplay is not what most people think about when they hear Dragon’s Crown. It’s hard to not think of the troubling, let’s say extremely exaggerated, art on most of the female characters in the game, but as a whole the game is practically like a moving painting. The art in Dragon’s Crown is absolutely stunning and Dragon’s Crown Pro has given an already gorgeous game the 4K treatment. Sometimes it’s hard to tell just how much better something can look until you see the final result. Dragon’s Crown Pro is a great example of this since after going back to Dragon’s Crown on PS3 after playing the Pro version, I was surprised at just how blurry that game actually looks in comparison. Both versions look good, but Dragon’s Crown Pro brings the visuals up to the next level and I never would have guessed that the previous game came out around five years ago.

The soundtrack, like the visuals, in the original Dragon’s Crown was gorgeous. It has also received an auditory upgrade in the form of the music being re-recorded using a live orchestra. The effect this had was very similar to how I felt about the visuals. Everything sounded great, as usual, until I went back and listened to the original. The added flourishes and increased sound quality they were able to achieve with the orchestral recording makes an already rich soundtrack even better than before. Everything just sounds so much more crisp than it did before, but it’s not something you’ll immediately notice without going back and comparing. This just speaks to how great it sounded originally, since you hear this updated soundtrack and just immediately accept that it sounds correct. 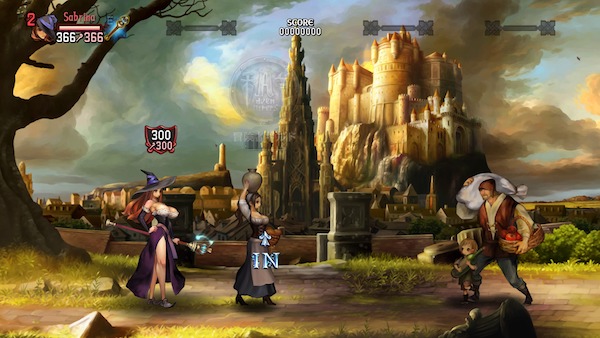 One of the most impressive aspects of Dragon’s Crown Pro is the cross-save and cross-play functionality. I played Dragon’s Crown on my PS3 back when it came out and upon loading up the game, I was able to just download my save and start playing the game right where I left off. You can also play with anyone else that has any of the other versions of the game, so if you have a friend that doesn’t feel like performing the upgrade, you can still play with them even though they’re using a PS3 or Vita. This is essential for Dragon’s Crown Pro, since playing with a friend is the most fun way to play the game.

Brawling has never looked as good as Dragon’s Crown Pro. If you have yet to check this game out, it is certainly worth your time now. If you already own this game, it certainly facilitates making the upgrade a painless process, but just know that you’re getting essentially the same game here. The visual and soundtrack upgrades are great, but without any added content, if you’ve already tapped out of Dragon’s Crown because you played it a lot, this might not be the release for you. Either way, Dragon’s Crown Pro took a gorgeous game and made it look and sound even better. Check out this remaster now on PlayStation 4.