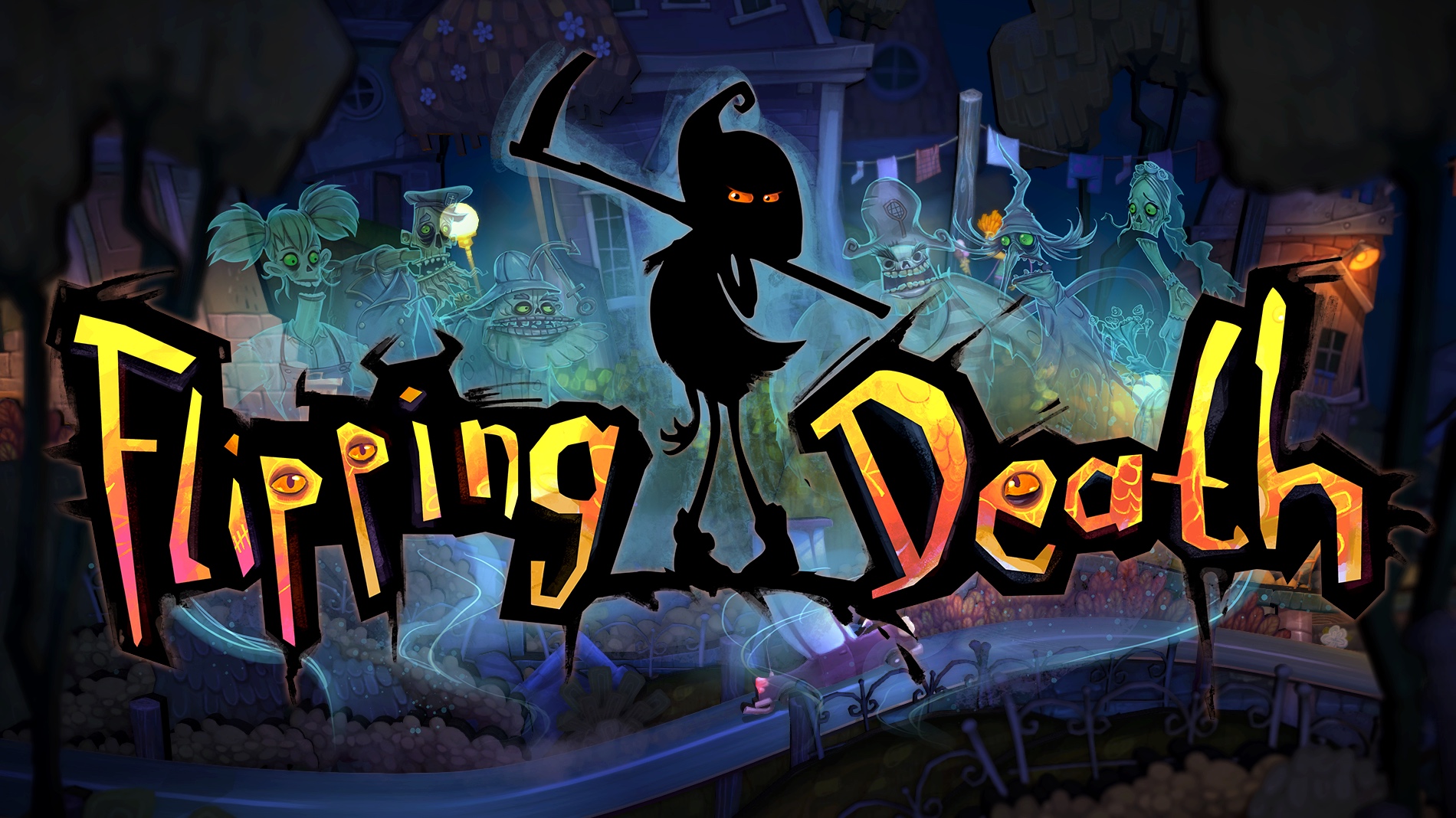 Death can be a funny thing, even if it's one of the most feared things on the planet. So leave it to Zoink! Games, the creators of the under-appreciated Stick It To The Man, to push the envelope of what can be funny in the afterlife. With Flipping Death, we learn about the grave situations that plague the spirit world, as well as the turmoils of what's happening in the land of the living. How fortunate that we're given a protagonist in the form of Penny, a smart-mouth, BS-free, goth-loving gal who's landed in quite the predicament.

Flipping Death has players take control of Penny, who finds herself dead after an accident. With the Grim Reaper going on vacation, the scythe-carrying skeleton gives Penny the job of taking souls and the like while he catches some moonbeams. While aiding some ghosts with unfinished business, our hero finds her body still in the living world, possessed by an unknown foe. It's up to Death's new temp to find out what's going on, and if there's any chance she can return to the land of the living. 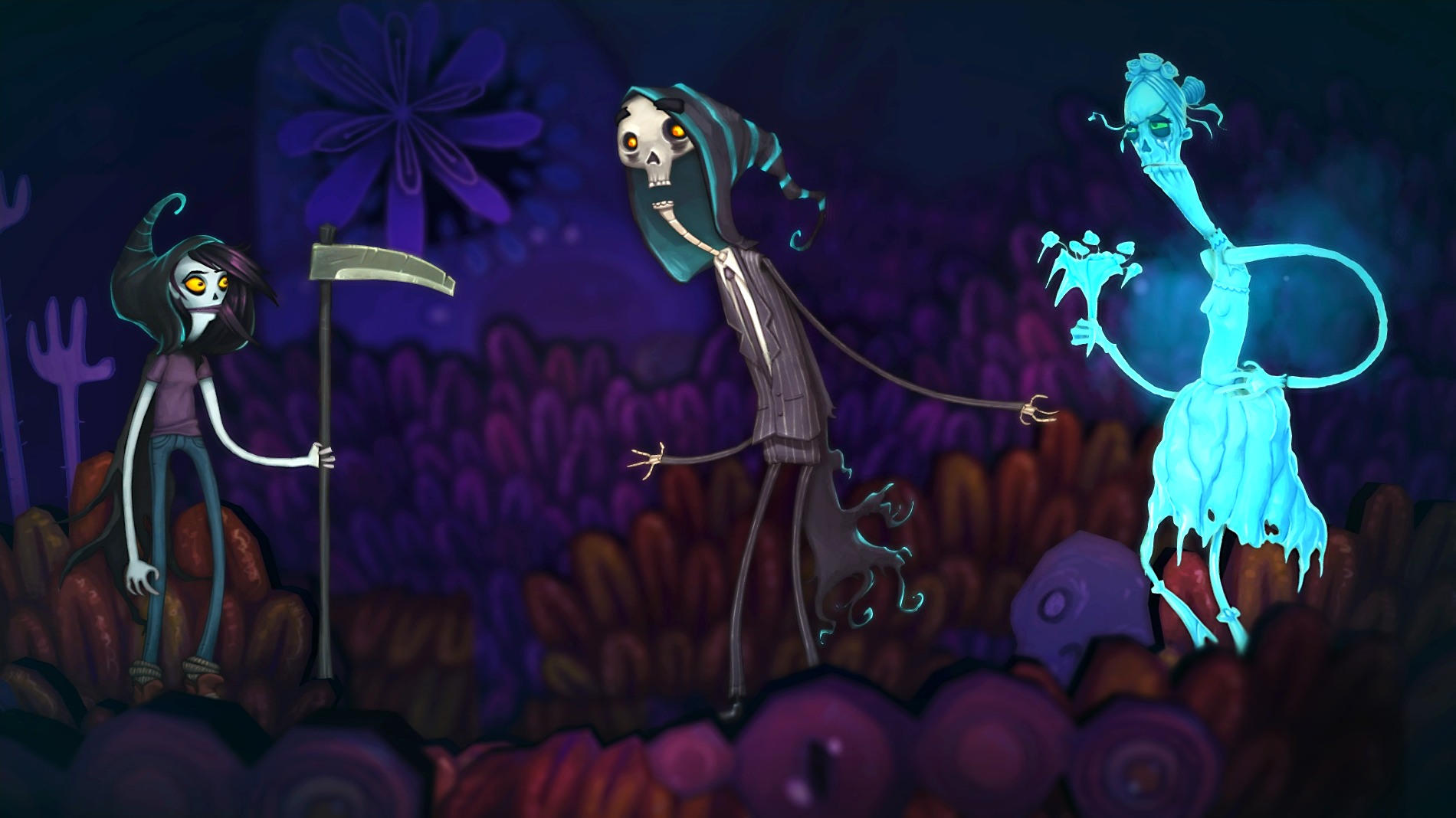 Knowing Zoink! Games, there's a big level of zany in its overall presentation. Watching as you possess various city dwellers unveils many a sight gag that will have you laughing for days on end. Making characters lick objects and people, serenading folks with some smooth jazz, smacking people with ice cream, and taking a chainsaw to eyesore-inducing homes are just a mere fraction of what you'll be able to do. What makes it all the more enjoyable is how unexpected many of these gags wind up being, even if they seem to be coming from a mile away.

Of course, great presentation isn't all you need to make an entertaining game; it also has to play well. As such, Flipping Death takes a lot of similar nods to Stick It To The Man, with its puzzle-solving elements and a weapon that can launch you from place-to-place when needed. Fortunately, the similarities in both Zoink! titles helps to establish their trademark style, with its means of combining both problem-solving skills with platforming. This results in a title that caters both to the brain and fingertips, working together to seek out answers and reach certain individuals to take control of. 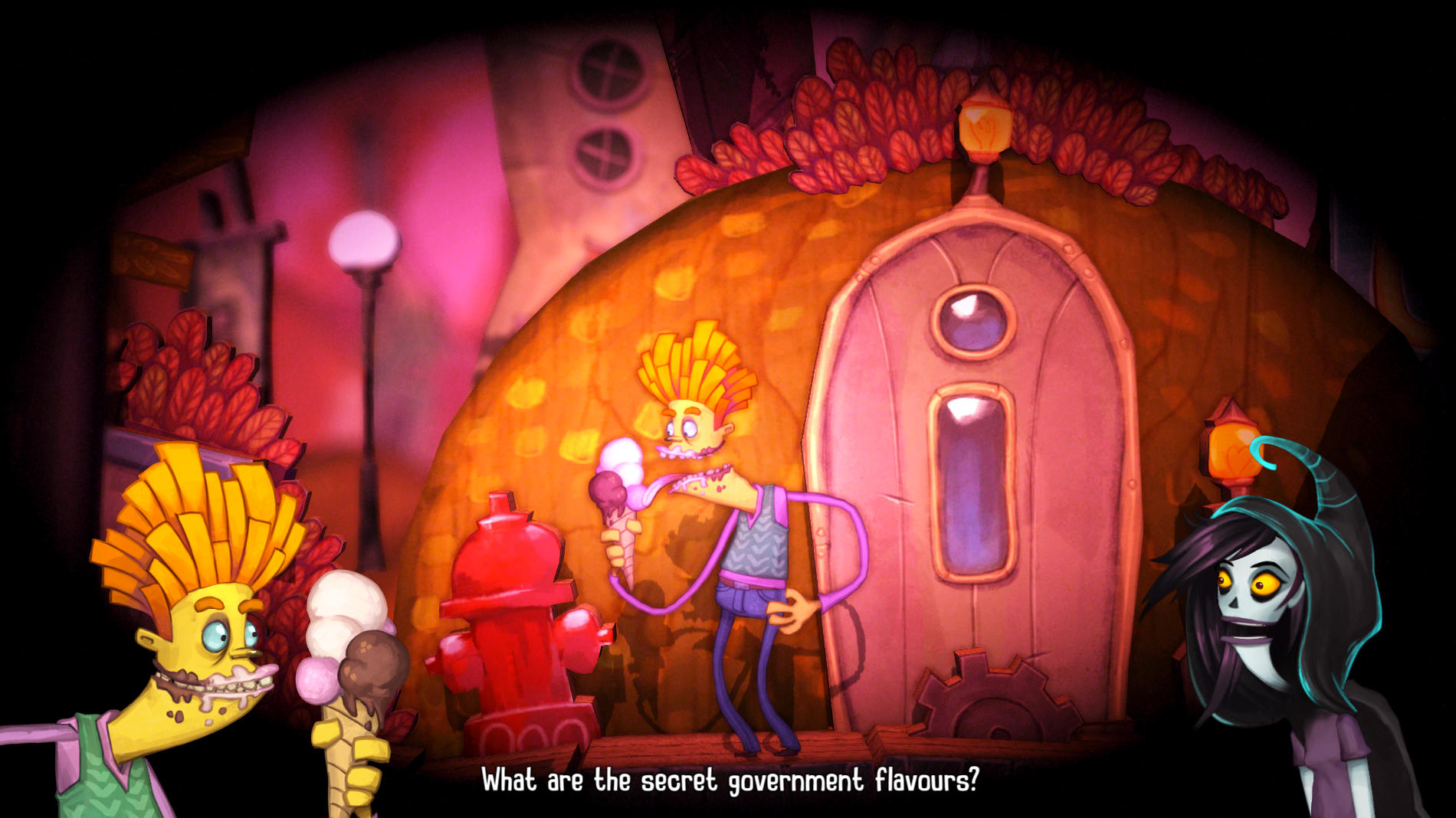 The possessing aspect of Flipping Death adds something quite silly to the mix, as the people Penny takes over are not only confused by their bodies acting on their own, but they also loudly proclaim their inner monologues while it happens. Penny can also read their minds, and have humorous discussions with them as you embark on your journey to seek the truth for the dearly departed. These moments will have you chuckling with glee, as you watch these poor morons using their lanky and chewy skills to bring you closer to solving many of the tasks thrown your way.

A big part of why this game works so well is thanks to its clever script. Penned by Eisner award-winning writer Ryan North, the characters and situations they're placed in are both hilarious and entertaining. Hearing Penny talking back to the spirits after being frustrated with their poor life choices is a hoot every time, especially when dealing with cheating fishermen and chainsaw-loving mermaids. There's also a hint of romance thrown in, both for the sake of Penny and even the foe she's going up against. With all this thrown in together, it makes the whole Flipping Death experience all the more enjoyable. 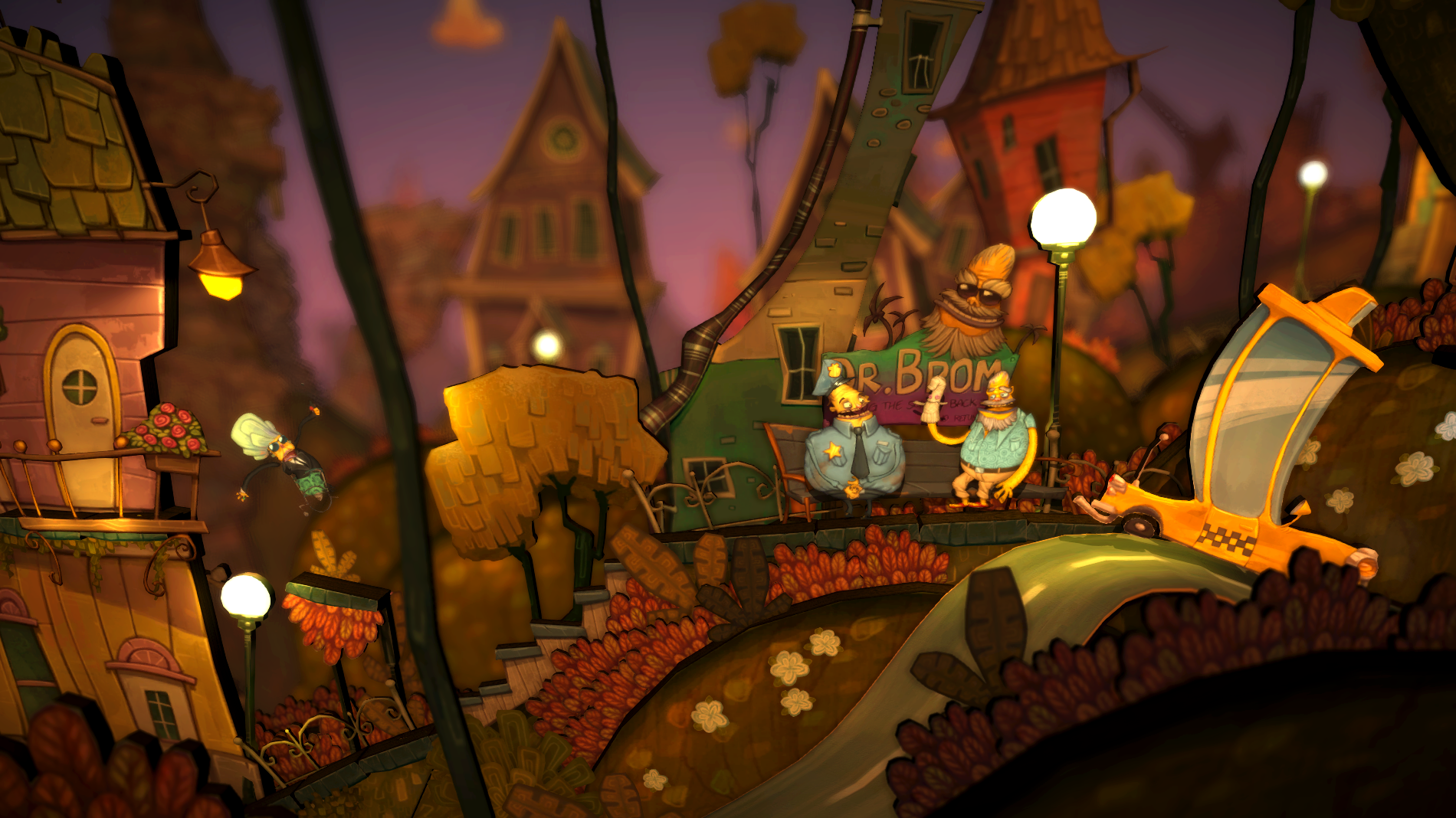 One aspect of the game that stands out the most is its soundtrack. The jazzy sounds that fill the background feel right at home with the works of Tom Waits and Louis Armstrong. You may find yourself holding back any attempt to snap or scat along to the music, but the resistance will more than likely be futile after just a few minutes of gameplay. It's another layer of personality that helps to showcase why Zoink! Games is one of the stronger indie developers out there.

However, Flipping Death doesn't make off without any issues. On a few occasions, I came across areas where Penny or the person she was possessing was getting stuck in walls or even completely bugging out as they're being tossed around. The biggest issue I witnessed occurred during one of the later chapters in the game, where I found myself having to quit and reload my save a few times due to some weird glitches. Characters weren't in the right place, and there were even puzzles that were solved out of order, causing some areas to become a bit shaky from the errors. 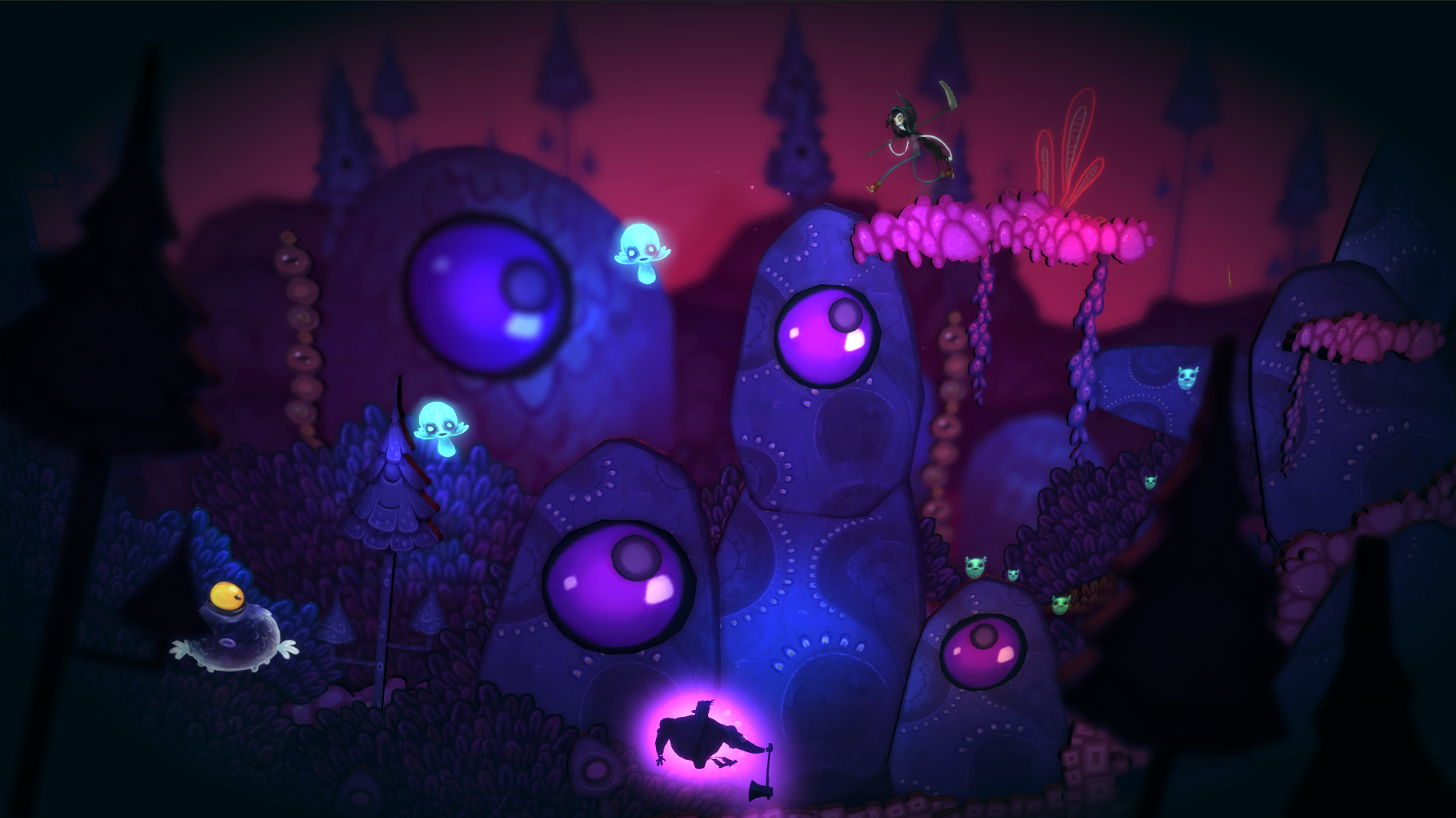 Thankfully, even with its bugs, you'll be able to complete Flipping Death in about 6-7 hours. Players can revisit chapters, complete various side quests, and attempt to discover various bio cards hidden in each level. Although the jokes may not be as strong the second time around, the surprises you will uncover will be worth going back and fully completing the adventure.

Flipping Death is Zoink! at its funniest, reaching the same level of quality in both humor and gameplay as the likes of Twisted Pixel and Double Fine. Even with its share of bugs, Penny's death-defying adventure will have you smiling and laughing all the way through its runtime. In short: lovers of classic adventure titles would be making a grave mistake if they miss out on the fun Flipping Death has to offer!

Promotional consideration provided by Keymailer. Reviewed on the Nintendo Switch.