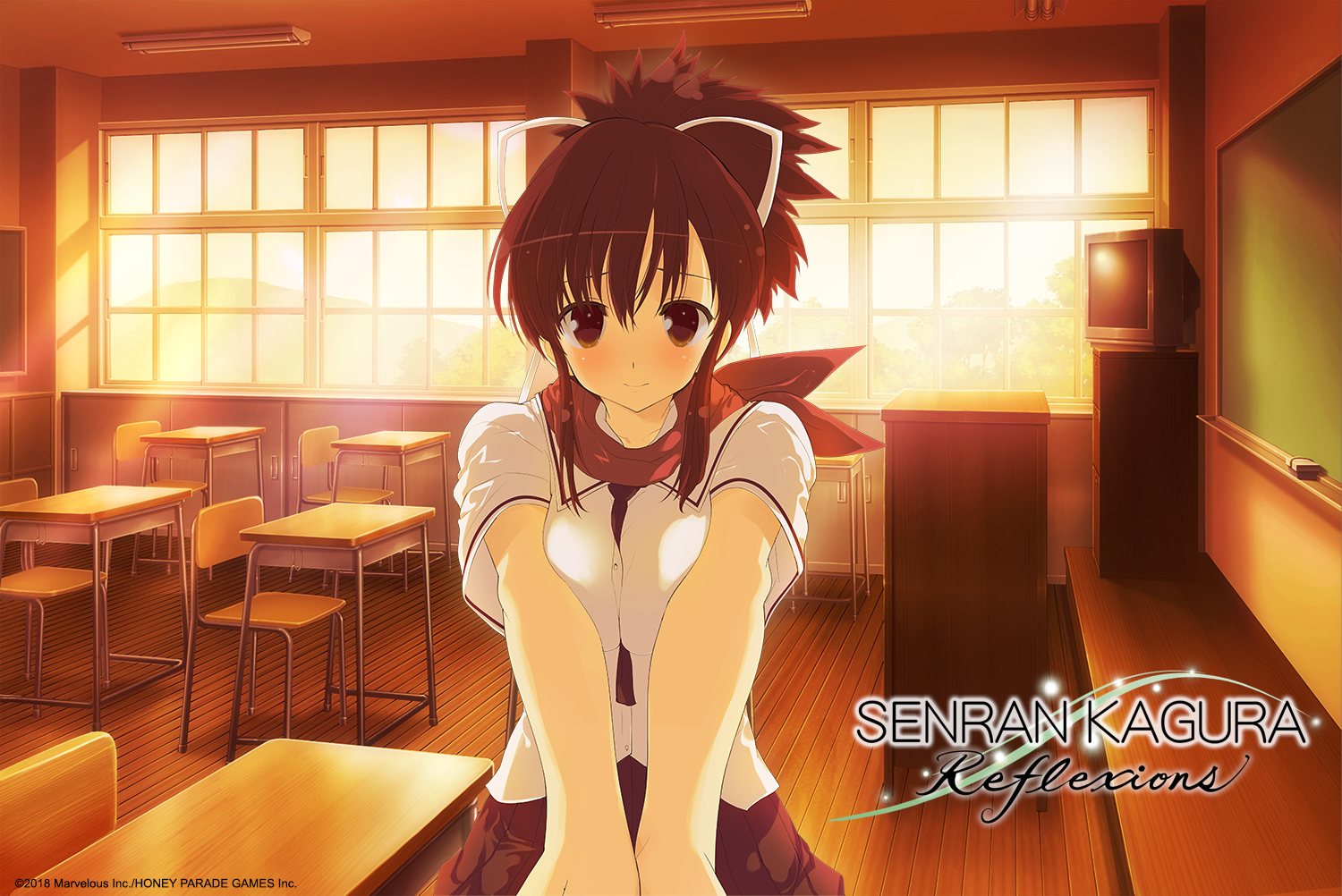 Say what you will, but the self-proclaimed "Righteous Boobage Producer" Kenichiro Takaki knows exactly what kind of game he wants to make. The mastermind behind the Senran Kagura franchise has taken his shinobi heroes from serious stories and beach vacations to even the occasional cookout and water gun contests. But even as a huge fan of the series, I cannot make heads or tails of what Senran Kagura Reflexions wishes to accomplish. Dare I say, it has left me speechless, albeit not all in good ways.

Senran Kagura Reflexions isn't visual novel, nor is it what I would consider a dating simulator. Instead, the series' main heroine Asuka meets with you in a classroom and attempts to showcase her feelings by letting you massage her. Touch her hands in the right spot, and it will unleash a fantasy mode that ranges from "imouto" and pop idol to risqué teacher and even ancient warrior. Using the right combination of colors, you can help Asuka unlock what is truly in her heart. 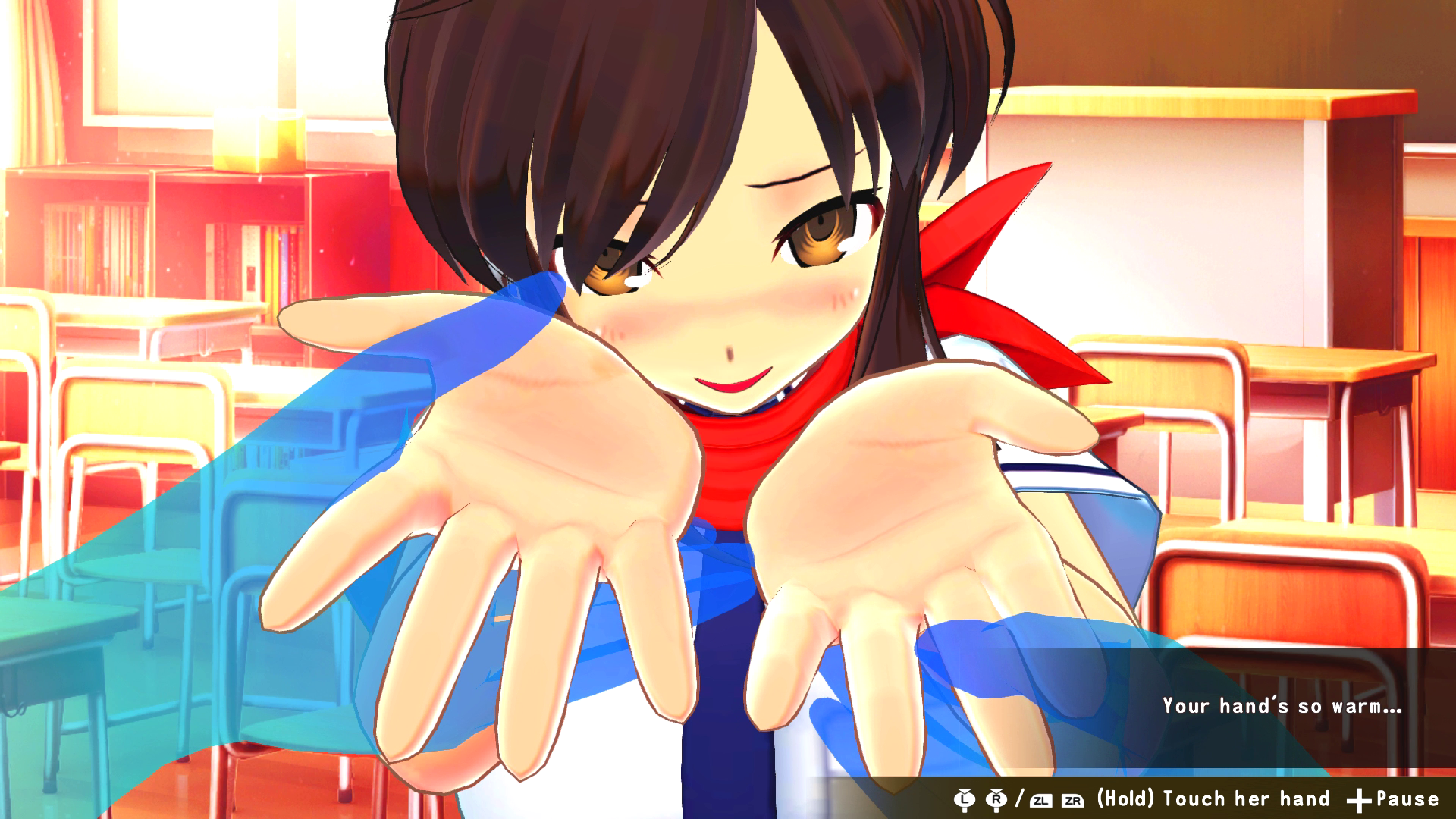 It's no secret what this game wants to be, as the amount of time spent massaging your cute shinobi crush and putting a smile on her face is astronomical here in Reflexions. What this spinoff in the Senran Kagura franchise wants to be is a love confession simulator, one that puts you hand-in-hand with the cute warrior gal. Why Asuka is confessing her feelings to you instead of beating up evil ninjas is beyond me, but as you earn more pieces of a heart, the more the reason for this becomes clear. However, I will admit that this approach to Asuka (and the rest of the women in this game, which will be made available via DLC) is very much out of character for her, so perhaps how the stories end might make a bit more sense if they're tied to any future installments of the series.

As you complete each round, you'll earn new costume designs and outfits for your 2D crush to wear for your own personal enjoyment. I was pretty impressed with the foray of outfits, accessories, and knickknacks that you could have Asuka wear in the game, rivaling even the recent SNK HEROINES with its quantity. Unlike past Senran Kagura games, you don't have to earn money to gain these clothes; you simply just earn them by completing certain tasks. 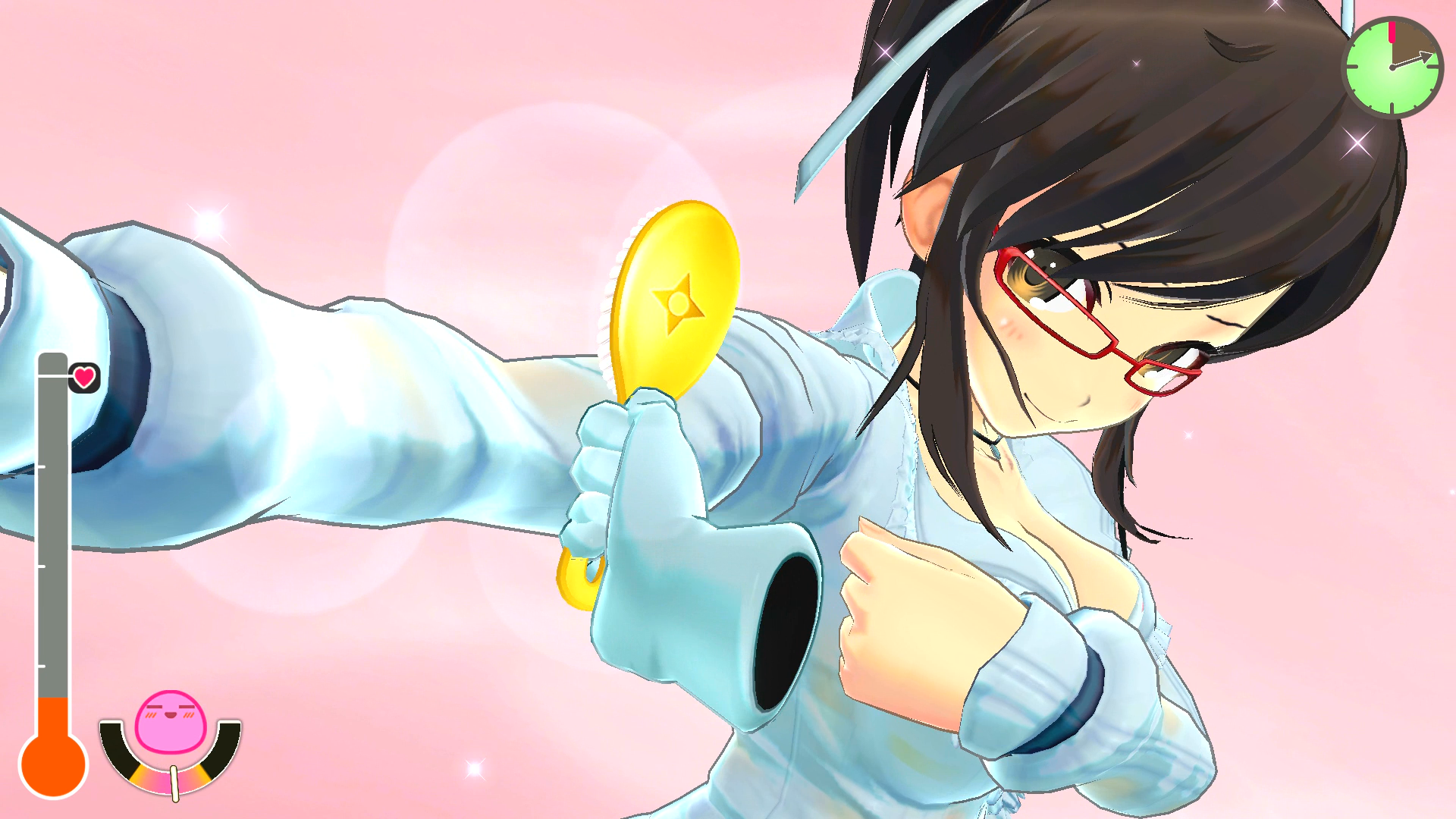 HoneyParade Games takes advantage of the Switch's motion controls, as you can move and turn your arms to massage and touch the lady of your dreams with surprising ease. Also on key is the 3D rumble aspect, giving you a feel of caressing a woman's hand or patting the top of her head. It's when the game goes full-blown massage happy when the controls showcase its precision. Whether using hand, brush, or a buzzy little toy that almost pushes the M-rating to its max, how it reads your motions as you give Asuka just a tiny bit more happiness is surprisingly thorough.

Graphically, I'm surprised how good the Senran Kagura series looks on the Switch. Moving at a seamless 60 frames per second, Reflexions demonstrates how the franchise would fare on Nintendo's console. Just as good-looking as the last couple of PS4 titles, this game gives many a good reason why the developers should consider looking more at the Switch as a viable option for its games. (It worked well with Gal*Gun 2, after all.) 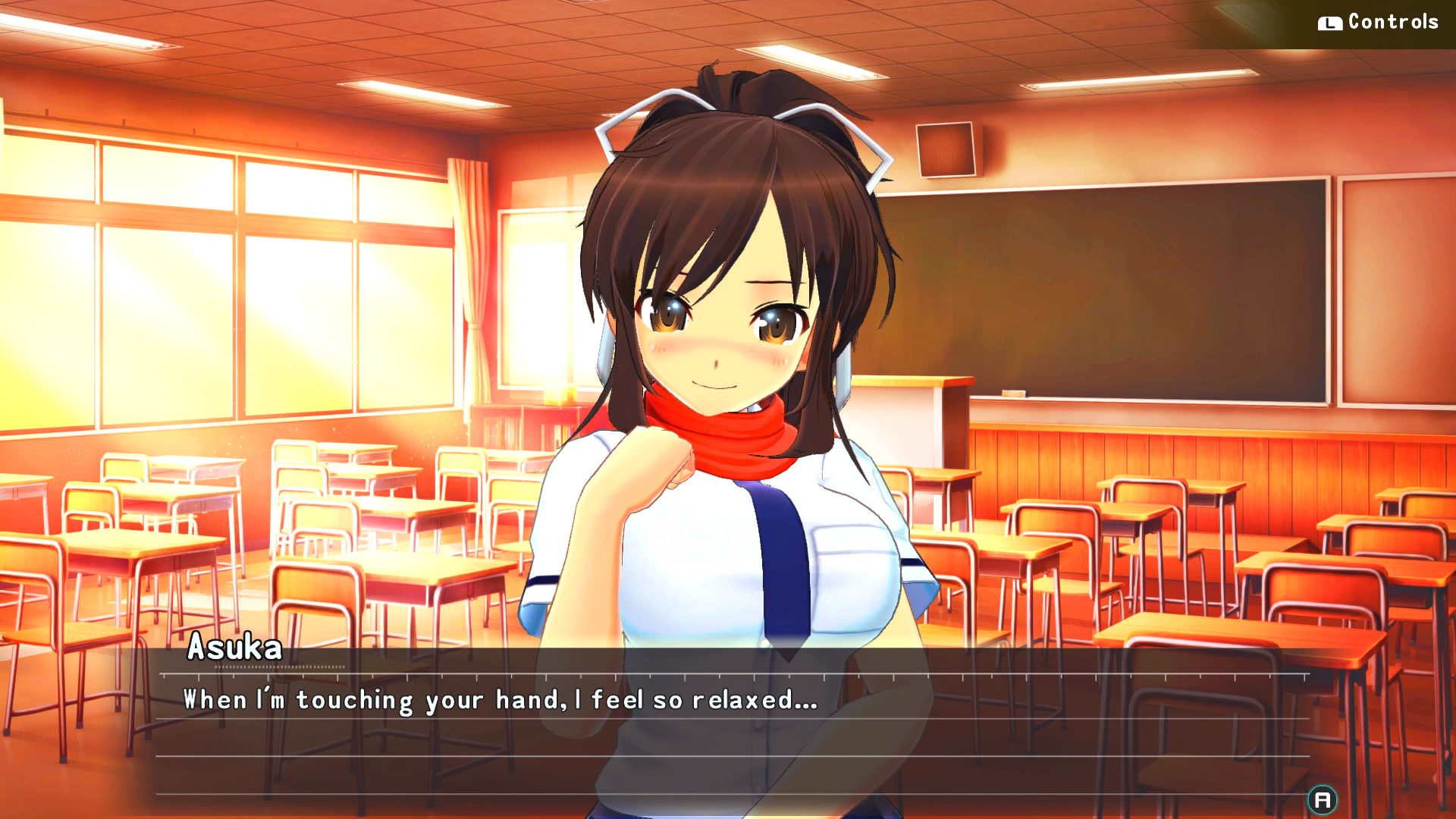 However, I cannot help but think that Takaki made this game solely as a tech demo of sorts. While the controls and visuals are great, its overall presentation does get repetitive after awhile. Rather, Reflexions feels more like something that should've been a mini-game or side-quest for a future installment of the Senran Kagura franchise, and not a stand-alone title. As such, it definitely makes it hard to recommend this spinoff for newcomers of the series.