It's no secret that My Hero Academia has grown to become of the most beloved superhero stories of the last decade. Based on Kōhei Horikoshi's original manga series, the tale of a Quirkless boy and his journey to become the greatest superhero ever is not just a staple of the anime scene; it's becomes its own pedestal for how hero-based anime should be properly made. Naturally, it would seem fitting that Midoriya and his friends would one day find themselves in an adventure too big for television. And thus, the gang lands a Texas Smash on the big screen with My Hero Academia: Two Heroes!

Taking place between Seasons Two and Three, Two Heroes has Midoriya and All Might taking a trip to I-Island for a hero's exhibition. There, All Might reunites with his friend David Shield, whose daughter Melissa is learning the scientific ropes alongside him. During a pre-expo reception, a new threat in the form of super-villain Wolfram takes All Might and the rest of the partygoers hostage. That's when Midoriya, Melissa, and the rest of the U.A. High students decide on a rescue mission, with the heroes-in-training battling their way through various obstacles with the hopes of saving the day from a greater threat. 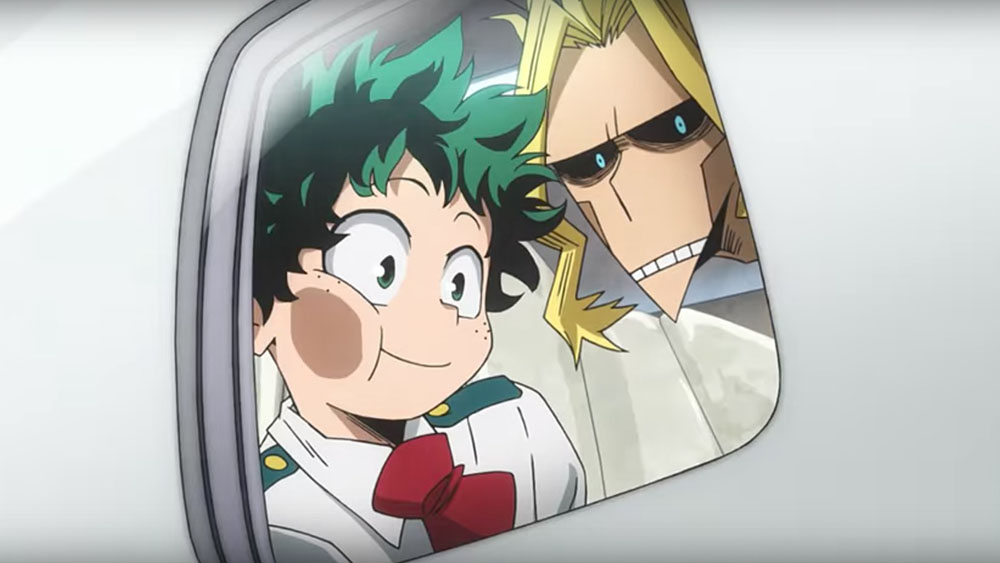 Right from the get-go, the My Hero Academia film drops you right into the action. From a flashback to All Might's youth to even a demonstration of one's powers in a contest, the fights and power of these heroes and students are in full cowling. Even when not in hero mode, the film does an upstanding job with reminding you why these characters are so beloved, even if it's just a random banter with Uraraka & Yaoyorozu or some perverted mumblings via Mineta & Kaminari. Of course, even the film knows when to give its fans a breather, as it dives into the atmosphere that makes the I-Island surroundings such a joy for one's eyes.

Speaking of which, it's fairly easy to see how much more of an advantage Studio BONES has been given by placing Deku, Todoroki, and the other U.A. High students on the big screen. While the TV anime is quite impressive to watch visually, the attention to details in a character's punch, kick, or various Quirk has been elevated to a greater degree. It also knows not to rid some of the choppy visual gags that make the more humorous aspects of the show all the more enjoyable, with Kaminari's moron mode or Bakugo's angry side demonstrating the fun silliness this series showcases. 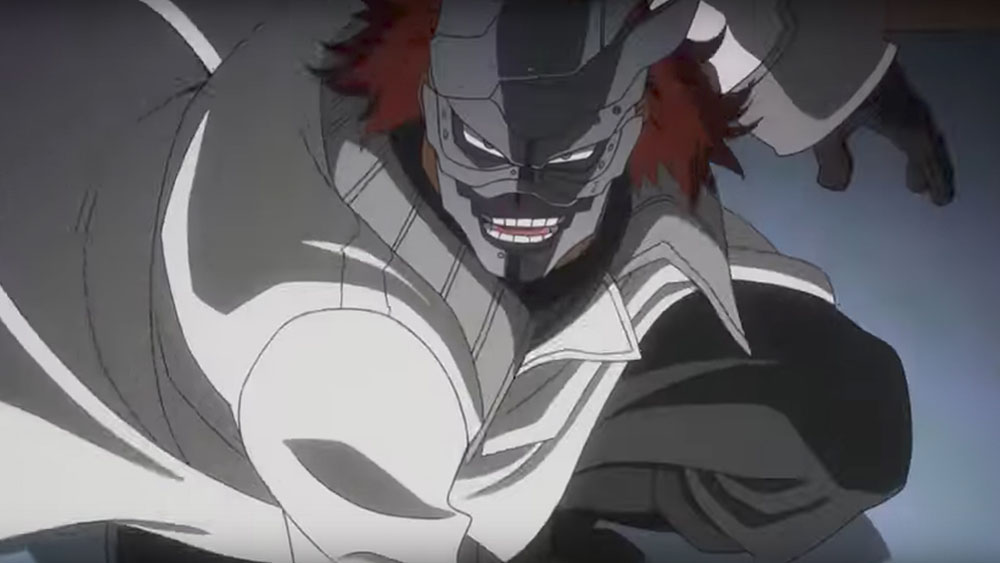 Two Heroes also knows when it's time to take things a lot more seriously. Although the rescue mission has its goofier and, of course, badass moments, it takes a villain's motives and puts them into a better perspective. Granted, these one-off characters that these anime-based films can sometimes be shrugged off at times for being somewhat uninspired. It's why I appreciate the fact that this film can tie its non-canon villain to one of the franchise's biggest baddies, thereby making what happens in this film surprisingly relevant to the actual My Hero Academia plot line.

The English dub showcases many of the great strengths of its cast members, with Justin Briner and Christopher Sabat putting all of their gumption and heart in their roles of Midoriya and All Might. Newcomers Erica Mendez and Ray Chase as Melissa and David Shield add a strong daughter/father dynamic that perfectly mirrors the relationship between the main hero/student pairing of the franchise. As the main villain Wolfram, Keith Silverstein blends together a Dr. Doom/Doctor Octopus attitude that winds up bringing forth a much more threatening performance later on in the film's big climax. Some extra props should also go to Brina Palencia for her hilariously lisp-filled performance of Mineta, who gets a chance to shine somewhat heroically despite his unobtainable quest for fame and girls. 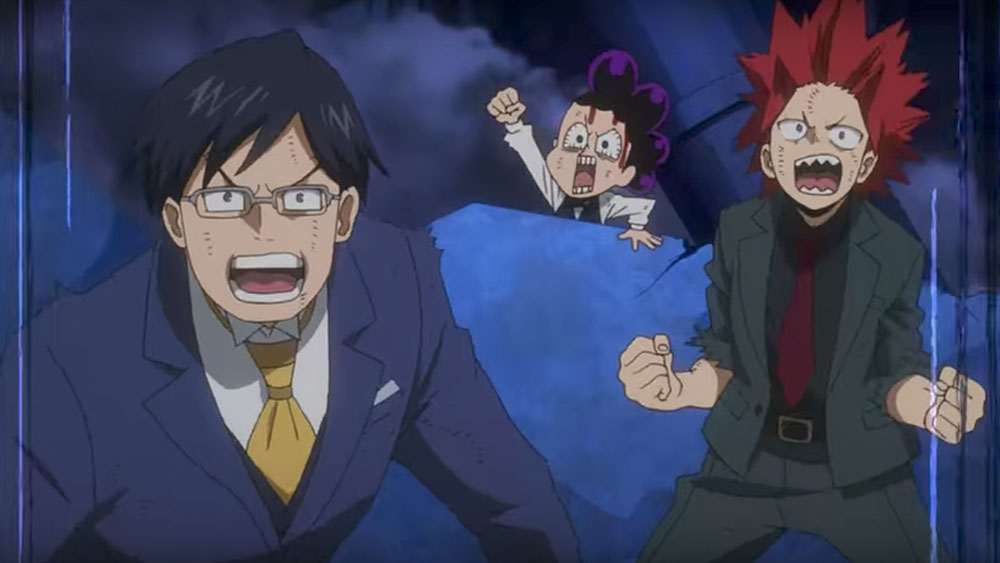 However, it's best to know that you cannot go into this movie if you lack the knowledge of this franchise's universe. This is a film that was created solely for its fanbase and, as such, outsiders of this epic tale will more than likely feel lost watching what happens on the big screen. Unlike an Iron Man or Guardians of the Galaxy film, where you really don't need a lot of information on these characters and their lore, viewers going into My Hero Academia: Two Heroes need a strong understanding as to why Midoriya can relate to Melissa or why All Might can't be in his stronger mode at all times. Although it takes away nothing from the quality of the film's story and animation, lacking the who's and why's of this world will definitely make those unfamiliar with all of this lose a bit of interest.

While this sort of trivia about the My Hero Academia lore is necessary to understand this film, Two Heroes still stands as one of the stronger TV-to-movie jumps in recent memory. With its fun script, action-packed fights, and some surprisingly good tension at the precise moments, Deku and All Might's debut on the big screen delivers as much excitement as your average Marvel Cinematic Universe film. Dare I say, even Warner Bros. can learn a thing or two about making a decent hero flick if they pay close attention to what the world of My Hero Academia has to offer.